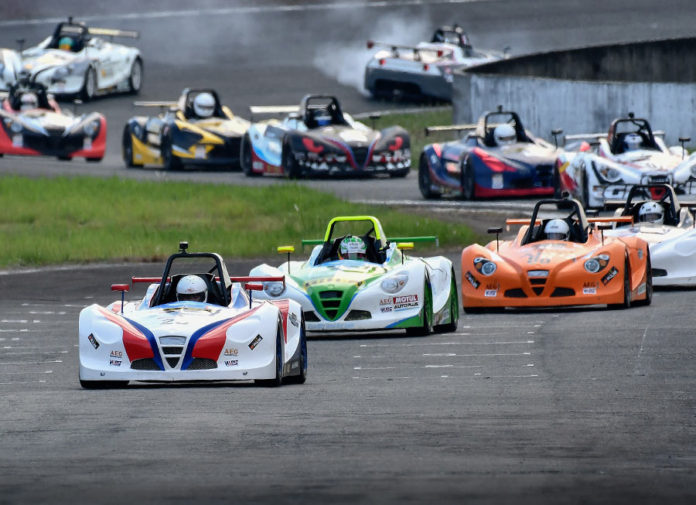 Obengers Racing’s decision to enter 2 cars in this year’s Giti-Formula V1 Challenge quickly paid off after just a single race weekend. With its new recruits Estefano Rivera and Alex Brown, the team easily dominated both the Pro and Am Classes at the season opener last May 18/19, collecting 4 race wins and 2 podium finishes in total at the Batangas Racing Circuit (BRC).

Despite damaging his car during Free Practice, Pro Class driver Estefano bounced back hard to set a blistering 1:50.178 lap in Qualifying to place the #23 Toyota Otis-Obengers entry on pole position. His teammate Alex, on the other hand, was not too far behind. A 1:50.854 time put the karting ace on the second row of the grid and miles ahead of the nearest Am Class driver. 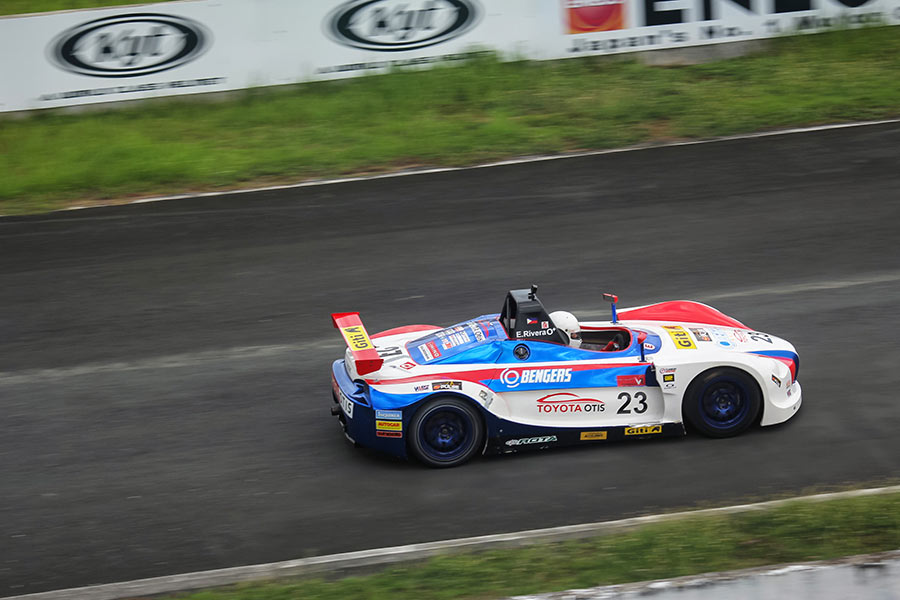 Estefano’s lead, however, was short-lived during Race 1 on Saturday afternoon. He lost the spot on lap 4, but spent the next 8 running after Japanese driver Ryo Yamada in an attempt to get the position back. Though unsuccessful, he proudly earned Toyota Otis-Obengers a hard-fought 2nd place in the Pro Class and set the fastest lap of the race in the process.

As for Alex, a lighting quick start allowed the Filipino-Singaporean driver to outrun the rest of the Am Class grid and even challenge some of the Pro Class drivers. His #88 Toyota Balintawak-Obengers AEG Powertools car eventually crossed the finish line just behind Estefano and win the Am Class by a massive 23.037 secs lead on his FV1 debut.

Both drivers would continue Obengers Racing’s dominant run into Sunday. Starting from P3 on the grid, Estefano only suffered a minor setback in Race 2 when he was spun around by another competitor and dropped to the back of the field. Through sheer determination, he was able to claw his way up the standings and finish on the podium claiming 3rd in the Pro Class.

His teammate Alex meanwhile enjoyed another lights-to-flag victory for Toyota Balintawak-Obengers AEG Powertools. The 16-year-old was so far ahead in the Am Class that he was dicing with the faster Pro drivers during the 12-lap race to keep himself busy. He took the chequered flag by a 18.617 secs margin and trailed the 1st and 2nd Pro Class drivers across the line. 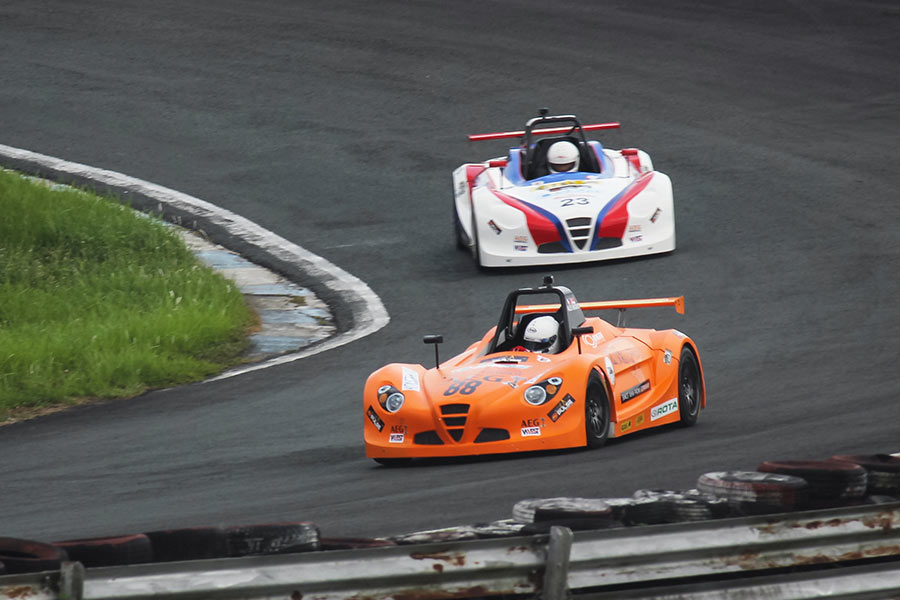 Saving the best for last, Obengers Racing would yield its best result in the final race of the weekend. Estefano and Alex locked out the front row of the grid and took control of the race as the lights turned green. They then lead the entire 16-car field in 1-2 formation in an incident-shortened 7-lap race. Estefano was unchallenged even after the restart and went on to secure his very first FV1 victory for Toyota Otis-Obengers.

Likewise, Alex earned the team yet another 1st place Am Class finish to conclude a perfect FV1 debut.

With their string of wins and podium finishes, Estefano Rivera currently sits 2nd in the Pro Class standings while Alex Brown leads the Am Class championship. Obengers Racing now has 2 long months to savor their success during the FV1 season opener and prepare for the next event on July 20/21 at the Clark International Speedway (CIS). 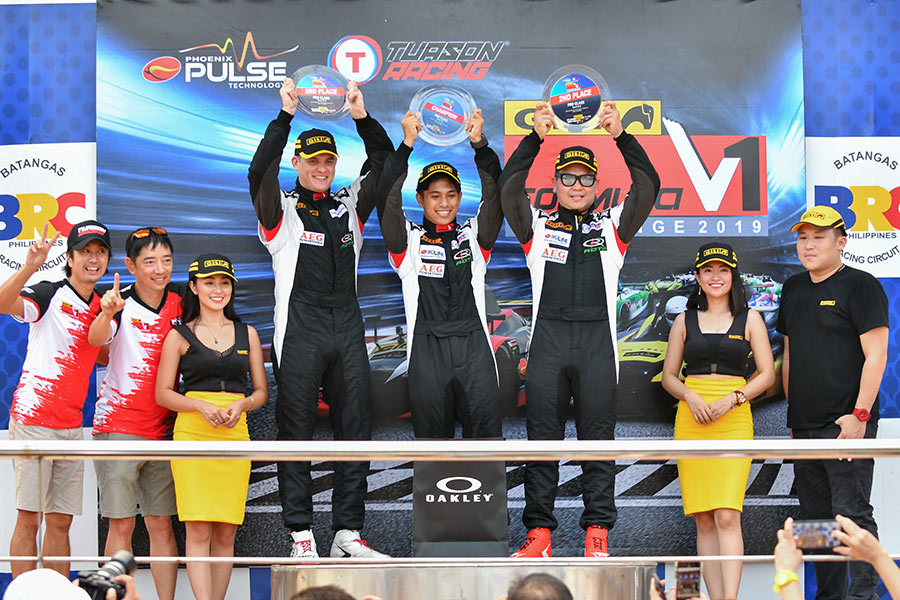 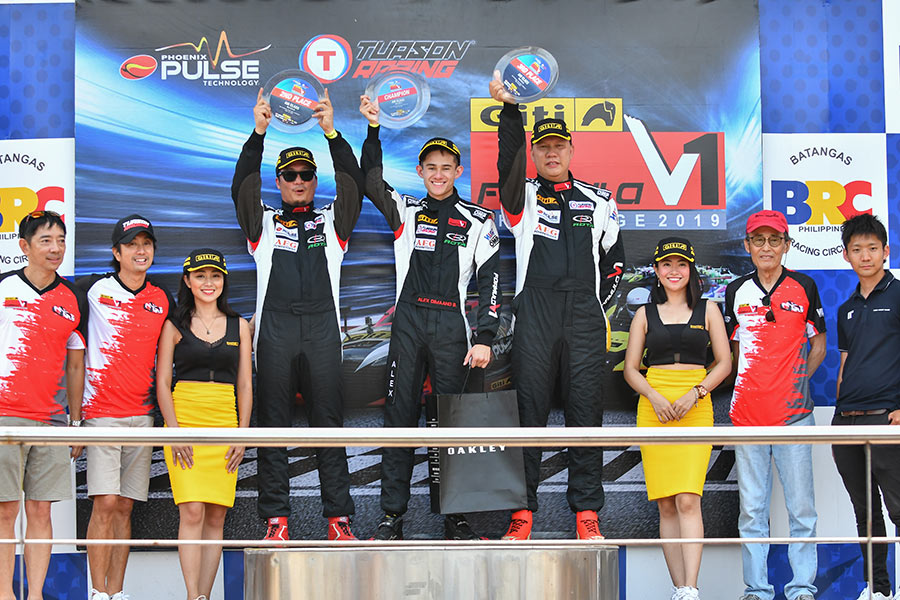 Cosco Oben, Team Principal: “I really had a good feeling about this weekend. I’m so proud how both our Toyota Obengers drivers performed. I couldn’t ask for better results. Congratulations to Alex Brown for sweeping the Am Class and to Estefano who didn’t give up until we got a first place finish in the Pro Class. Congrats also to coach Roland, manager Pao, and the whole crew on a successful weekend. Looking forward to the next leg!