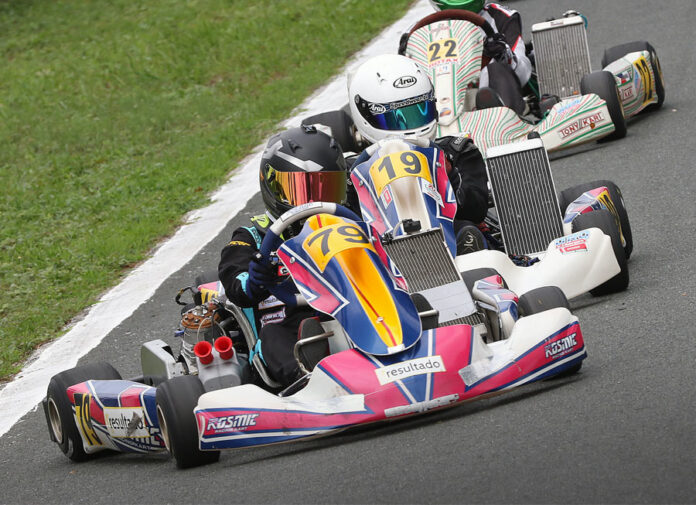 It’s quite remarkable to think that it only took Ryan Sy a handful of races to secure his maiden victory as a Junior Class driver. Having moved up a class in 2022, the PCRC karter enjoyed a very memorable race weekend when the Rok GP Super Karting Series visited the Clark International Speedway Kart Track in July. He went on to score a pole in qualifying, a race win, and a podium at the double header.

The organizers thought that it was a great idea to cram both Rounds 2 and Rounds 3 into a single-day event, making it one very busy Saturday for both drivers and their teams. This meant that things got underway early in the morning starting with the Time Trials. 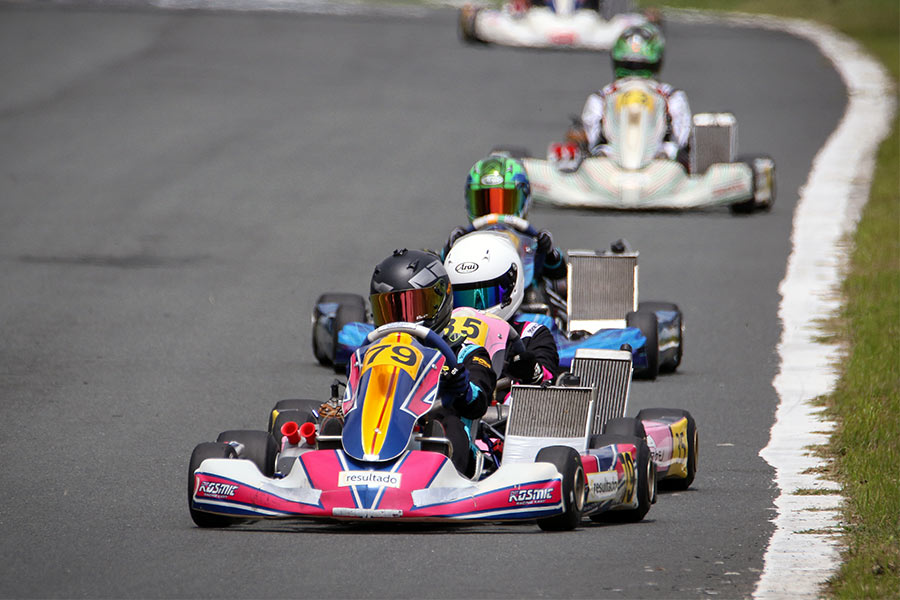 Round 2
All the Junior Class entries were lapping within a second of each other and Ryan was right in the middle of the time sheet. He would start from P4 in the Semi Finals, but opted to stay out of trouble as the other karts scrambled for position. Eventually his smooth driving moved him a spot to finish in a strong 3rd place. Chasing the lead pack also gave him a good view of everyone else’s lines, which proved to be useful later later in the day.

Ryan got off to a great start in the all-important Finals and slotted into P2. He then focused on catching up to Joshua Marquez in the lead. With a pace advantage, he managed to get within striking distance on the last lap and made his move going into the last turn. It then became a drag race to the finish with Ryan crossing the line ahead with a slim 0.172 sec margin to score his very first Junior Class victory. 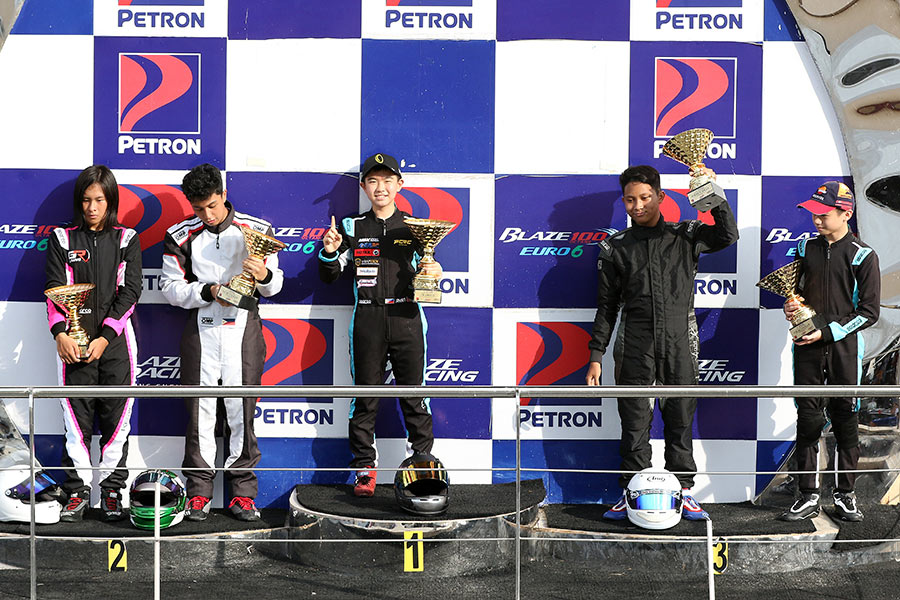 Round 3
Still fresh from his win, Ryan had full confidence for the afternoon races and immediately set the fastest time in the Time Trials. Although he started from pole in the Semi Finals, he later dropped down to P2 as Bern Corpino found a way past. Ryan waited ’til the very last lap to make a clean overtake on Bern retaking the lead. But with the chequered flag already in sight, Bern made a last ditch attempt at the final corner and made contact. Ryan was hit hard as Bern slid across the grass, heavily damaging the steering on Ryan’s #79 kart. Still, the PCRC karter soldiered on to salvage 4th at the finish.

Unfortunately, the avoidable incident did more harm than initially thought. While the kart was easily repaired, Ryan’s arm was injured by the impact. He was given immediate medical attention, but was still in pain.

Fighting past an aching right hand, and with a little help from some numbing spray, the 12-year-old eventually made it to the Finals. He put on a brave face not only to make it to the finish, but to also deliver good results. Despite the agony, his efforts got him to a podium position and conclude a memorable weekend with a 3rd place. 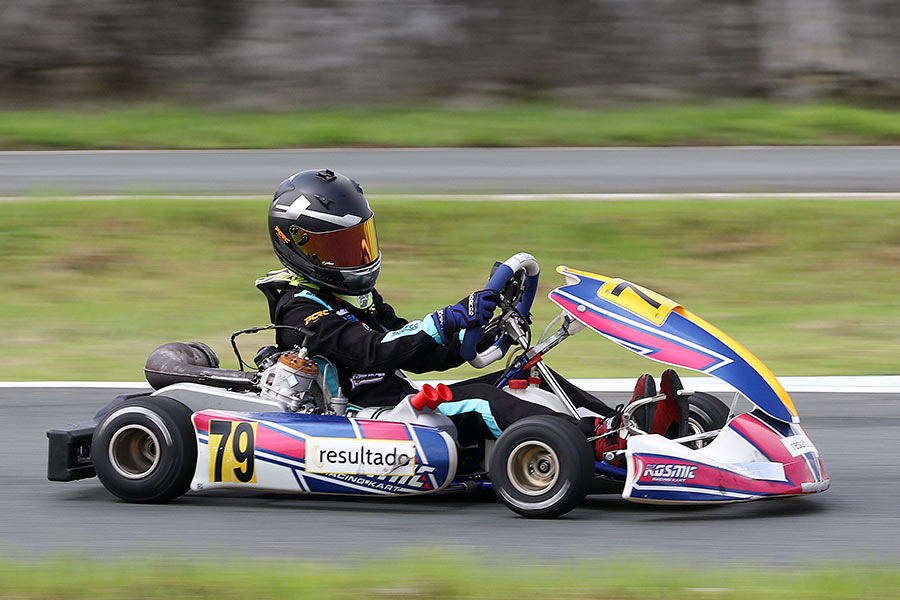 After the first 3 events, Ryan Sy now sits 3rd in the drivers’ standings just 22 points away from the leader. But he’ll have to wait a little bit longer to get another shot at a race win as the Rok GP Super Karting Series won’t resume its races ’til September for a triple-header on the 10th/11th of September.

Ryan Sy: “The experience was fun and happy to win my first race. I had a good fight in Rok Junior and learned a lot like how to defend, overtake, and timing of my moves. I’m now looking forward to Carmona and seek my chances to win again. I would like to thank my parents for supporting and motivating me, coach Elson for teaching me everything I know, my mechanics uncle Red and uncle Jesse for fixing my kart, and auntie Sam, auntie Jhen, and uncle Theo for giving me first aid when I hurt my hand during one of the races. Also to uncle Antonio, tita Tats, Ghia, uncle Ray, ate Bianca, Akhina, uncle Alvin, uncle Mike, and uncle Richard for cheering me on for all of the races.” 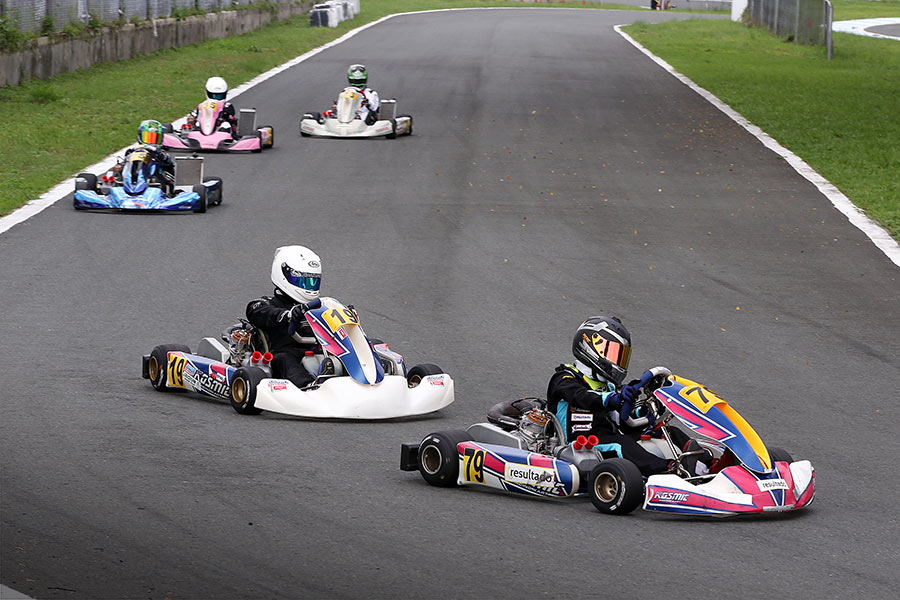