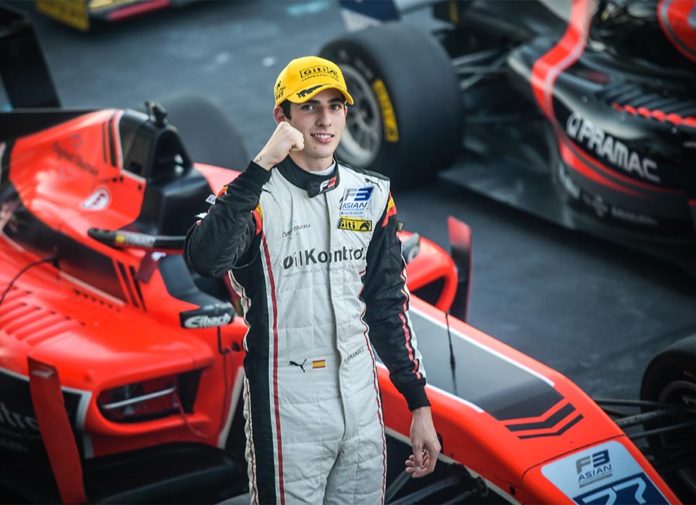 Pinnacle Motorsport’s new recruit Sebastián Fernández has truly been a revelation since joining the squad for the Middle Eastern rounds of the F3 Asian Championship Certified by FIA. After delivering 3 podium finishes at the Dubai Autodrome just a week ago, the Spanish-Venezuelan driver has now won his first race at the Yas Marina Circuit to lead a dominant 1-2 finish for the team.

He once again joined Jack Doohan and Pietro Fittipaldi as part of the team’s 3-car lineup during the series’ third event last January 17/18. Doohan did well to set P3 and P2 in Qualifying on Friday, but was outdone by his Fernández who qualified on pole position for Race 3. Fittipaldi, on the other hand, was right behind as he was 5th quickest during both sessions. 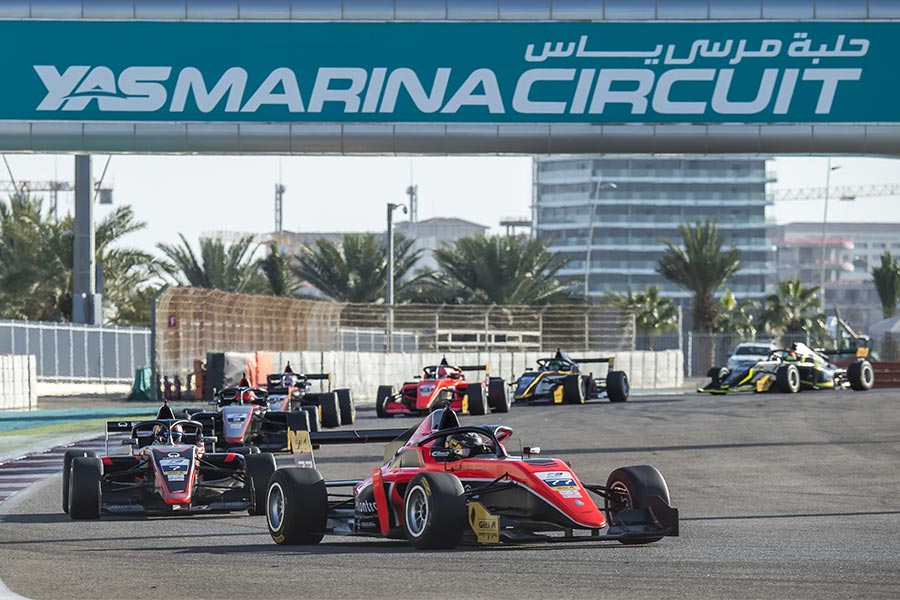 Race 7 would get underway later that evening with Doohan forcing his way up to P2 at the start. However, he was later forced to give back the position and dropped back to P5. But the young Australian later regained lost ground, getting his way past Fittipaldi, to finish 3rd across the line with his teammate following in 4th. Both would then land on the podium as race winner Ukyo Sasahara was ineligible to score championship points. Meanwhile, Fernández lost a few places in the mid pack battle to end up in 7th place.

Doohan was again on attack mode the following morning, this time attempting to take the lead at the start of Race 8. Sadly, he was unable to convert his strong performance into a podium finish or race win after retiring with a fuel sensor failure. This left Fernández and Fittipaldi to race the team’s colors who charged through the field to improve on their starting positions. 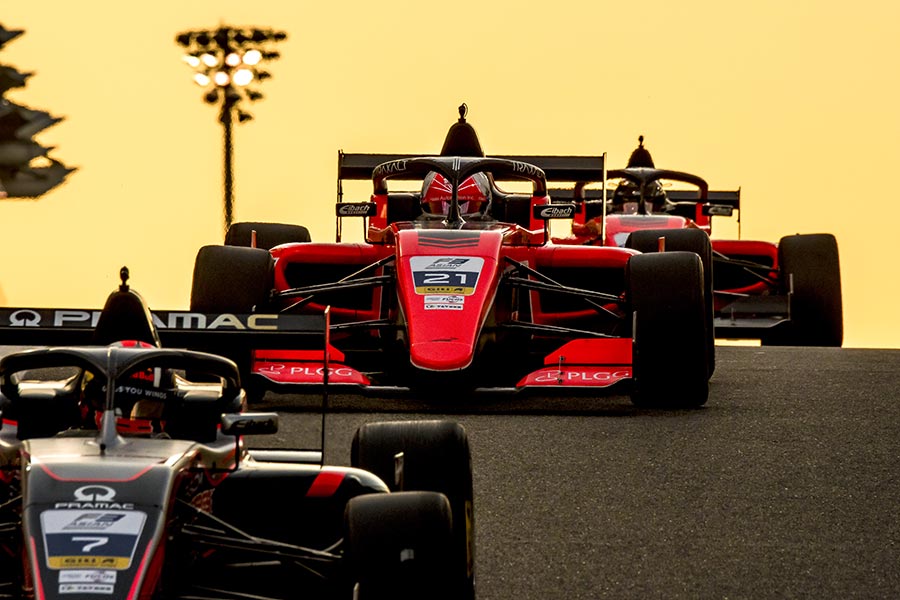 Fernández got up to 4th place, which earned him a spot on the podium due to Sasahara’s guest status. Fittipaldi’s efforts were also rewarded as the Brazilian gained 4 places to take the chequered flag in 5th.

The final race of the weekend would see Pinnacle Motorsport earn its best result all season. Fernández got a clean getaway from pole position and never looked back. The Spanish-Venezuelan driver lead for the entire 13 laps to take his first lights-to-flag victory in the F3 Asian Championship with his teammate Jack Doohan right behind score a dominant 1-2 finish for the team. Fittipaldi also wrapped up a productive weekend with another 5th place finish. 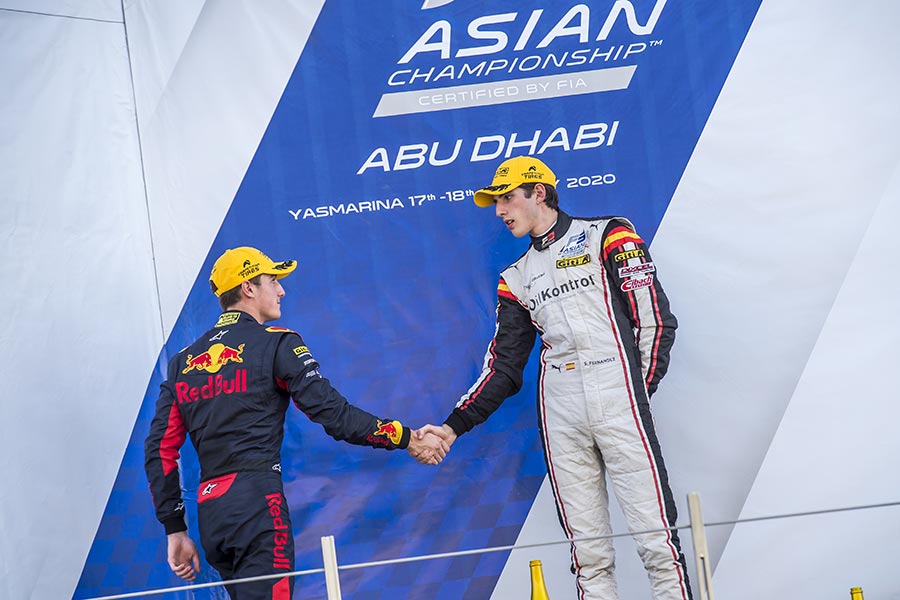 With the team’s strong results at the Yas Marina Circuit, Pinnacle Motorsport climbs a spot to 2nd overall in the Team Standings. Jack Doohan maintains his 2nd position in the Drivers’ Classification by a slim margin, with Sebastián Fernández still in 5th, and Pietro Fittipaldi jumping several spots to 6th overall.

The F3 Asian Championship will resume in a month’s time as it returns to the Sepang International Circuit in Malaysia on February 14/15.

John O’Hara, Team Director: “We’re satisfied to have scored Pinnacle Motorsport’s first 1-2 finish this season along with several podiums over the race weekend. Big thanks to Sebastián, Jack, and Pietro who all drove really well and everyone in the team who worked tirelessly over the back to back Middle East events. Jack lost some ground in his championship fight, but things can change fast in motor racing and we’re motivated for more success and to turn the deficit around.” 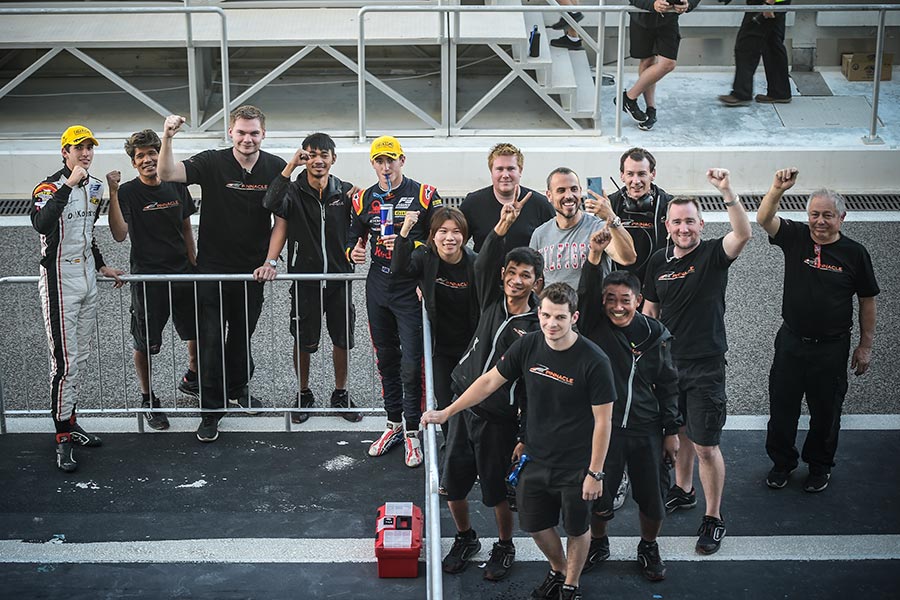