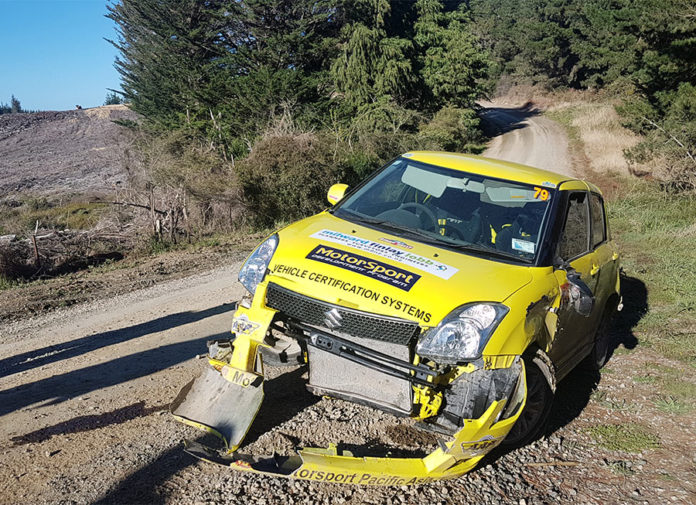 “Went over a crest and set the car up for the next turn. Unfortunately, we went too fast over a crest and lost the rear on the landing. Tried to correct the slide, but it went the other way and the front nose hooked. We were then set for 2 to 3 really quick rolls, I couldn’t remember, and landed on passenger side of our Suzuki. The roof and driver door have no damage, so it means we were airborne for a while,” recalled Ivan Isada on how his Otago Rally ended in 2019.

But that’s just half of the story. The more important bits we want to tell about are on how hard he and co-driver Dean Schroder were pushing before they retired.

Ivan returned to New Zealand on April 14/15 for another shot at the famed International Otago Rally. With a new co-driver, he entered the same #79 Suzuki Swift Sport he used the previous year with the goal not just make it to the finish, but also finish well amongst the ‘Allcomers B’ entries.

Their rally would get off to a very positive start on Saturday. Going through the same 12 km SS1 as in 2018, Ivan improved on his stage time by 49.2 secs to end up 11th in class. He drove with full confidence, fully committing to Dean’s pace notes and took most crests flat out. 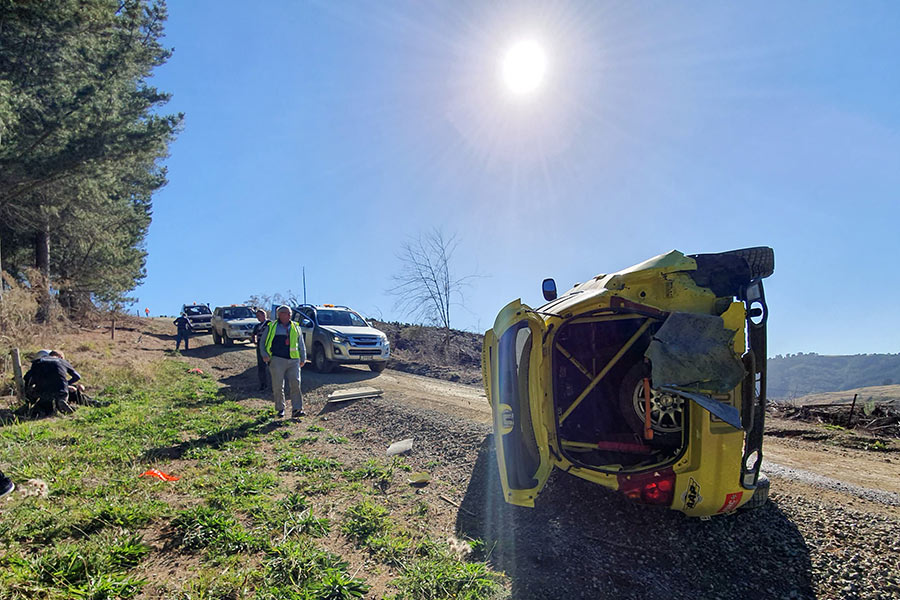 The pair went even faster through SS2 on a marathon 35.1 km stage that’s new to the Otago Rally. Although they were 2 mins 48.1 secs down on the stage winner, their overall pace was a lot better this year and climbed up to 8th overall in their category.

Ivan truly wrung out every last bit of performance from the tiny Suzuki to shave off seconds if not minutes from the rally leaders. Sadly, he pushed over the limits and lost it on SS4 – a notorious 15 km stage called ‘Kuri Bush’ where many have also crashed before. Both he and co-driver Dean were lucky to have escaped unhurt. However, the same could not be said for the poor #79 Swift Sport. 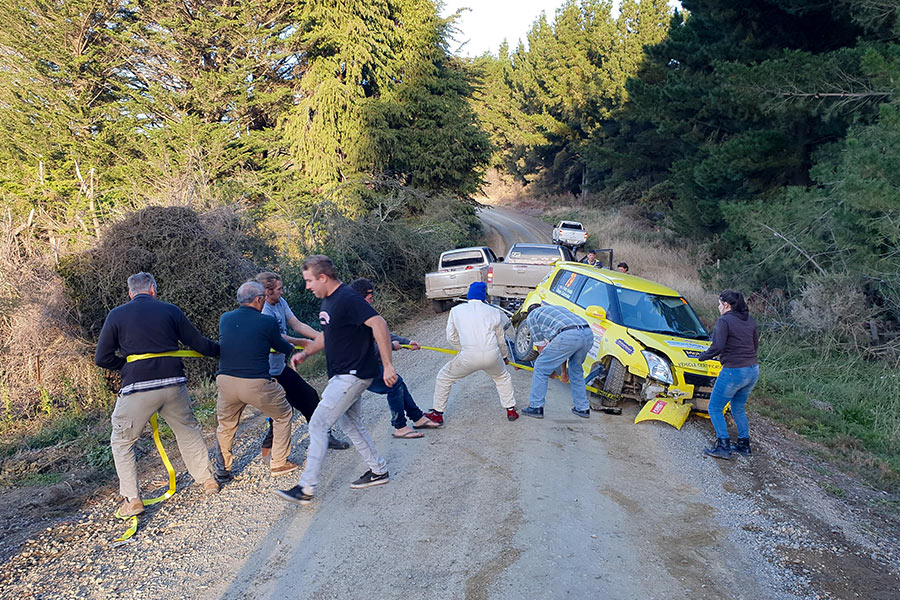 Ivan Isada: “We were doing really well until it happened. Our pace was up from last year and enjoyed a lot of 5th gear moments through the stages. If we could keep this up until the end, we knew we’d finish well on Sunday. Unfortunately, things could end very badly going at those speeds on such unique roads in New Zealand which it did for us. Too bad it ended earlier than we expected. Thank you to everyone who helped us in the rally, to our family, friends, and the AAP for backing us up every step of the way.”