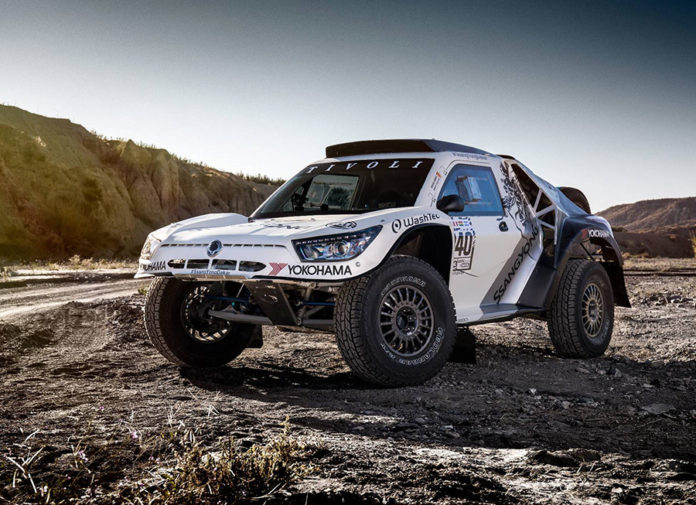 The SsangYong Tivoli is this cute, affordable ‘lil crossover that’s great for going around the city or out of town. It’s not, however, meant to go off-road let alone cross the South American desert. But the guys over at SsangYong Spain thought that it would be a good idea to enter one in the world’s toughest rally.

Obviously, there was no way they could modify a Tivoli into a rally-raid racer. So they built one from scratch and ended up with the SsangYong Tivoli DKR, which is a purpose-built 2WD buggy meant to conquer the Dakar. The standard 128 hp 1.6L engine was replaced with a screaming 405 hp V8. Its chassis is built out of tubular chrome moly, fuel tanks that can carry 400 L, and suspension with 400 mm of travel. 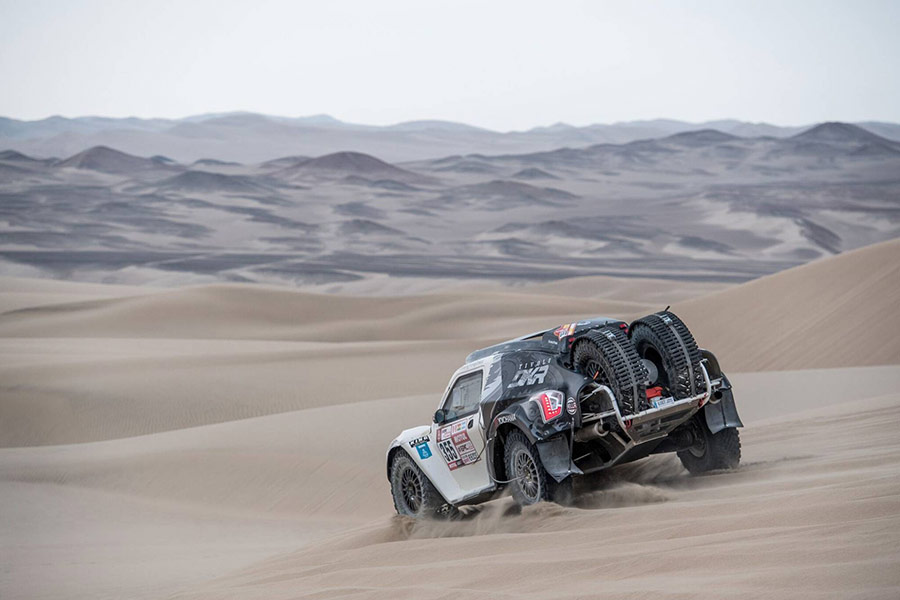 As far as we can tell, the only parts the Tivoli DKR shares with its road-going counterpart are the head and tail lights. Although some may call this ‘unfair’, what SsangYong did was no different to the Peugeot 3008DKR and MINI John Cooper Works Buggy.

The #355 machine was shared by Óscar Fuertes and his co-driver Diego Vallejo over 9,000 km of racing. Their journey started on the 6th of January in Lima, Peru and ended the first day of competition 43rd overall. Not bad for Dakar rookies. 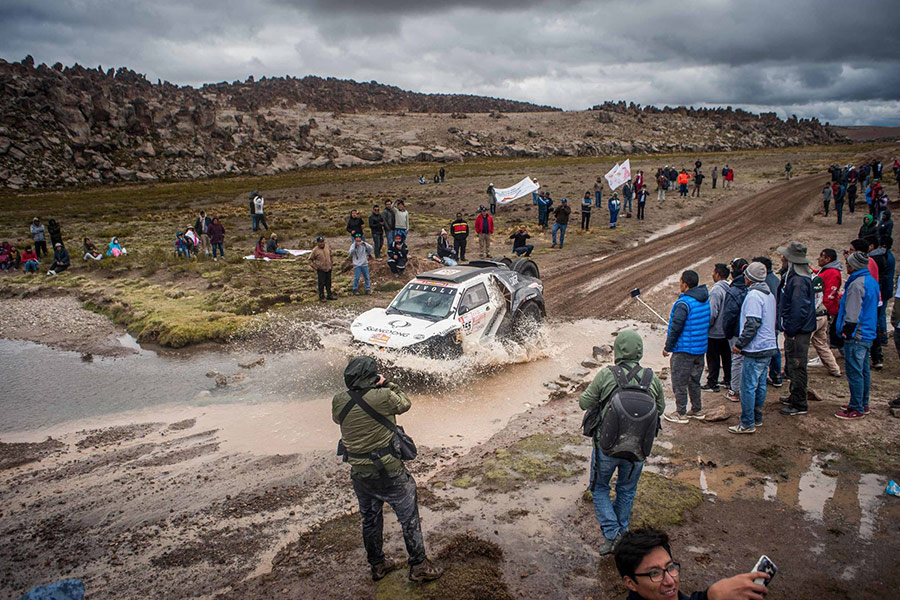 But nothing is simple in the Dakar. Over the course of 15 days, the duo would get stuck in the dunes and get lost countless of times. They also broke the windshield wipers, ripped the nose off their Tivoli DKR, and suffered a broken gearbox that lost them 5 hours on a stage as they made their way through Argentina and Bolivia.

Their best position throughout the Dakar Rally was 28th overall on Stage 11. And after 14 stages of competition, Fuertes and Vallejo reached Cordoba, Argentina to compete the rally in a very respectable 32nd place on their very first attempt. SsangYong was also 4th in the T1.3 category (gasoline vehicles with 2WD) which is a good result for the Tivoli DKR’s debut. 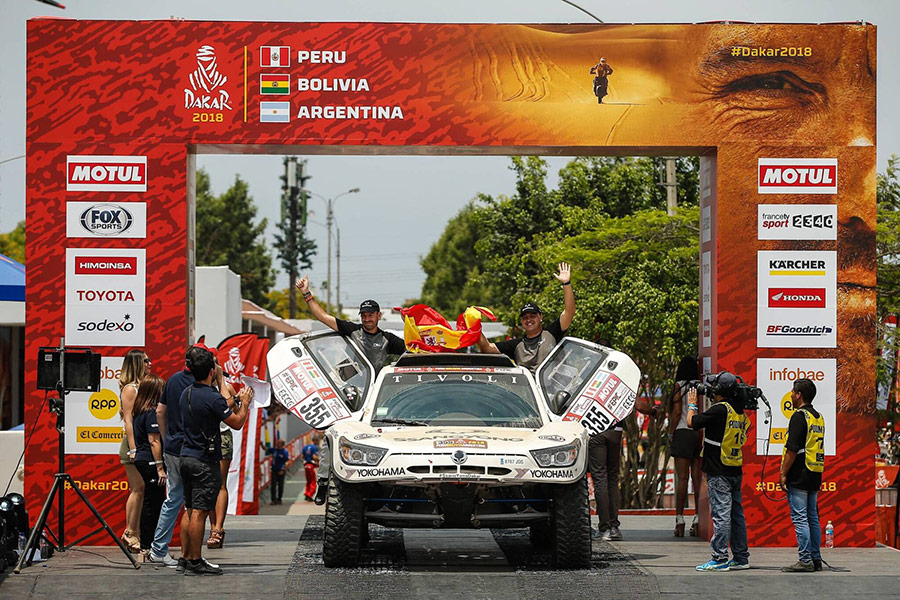 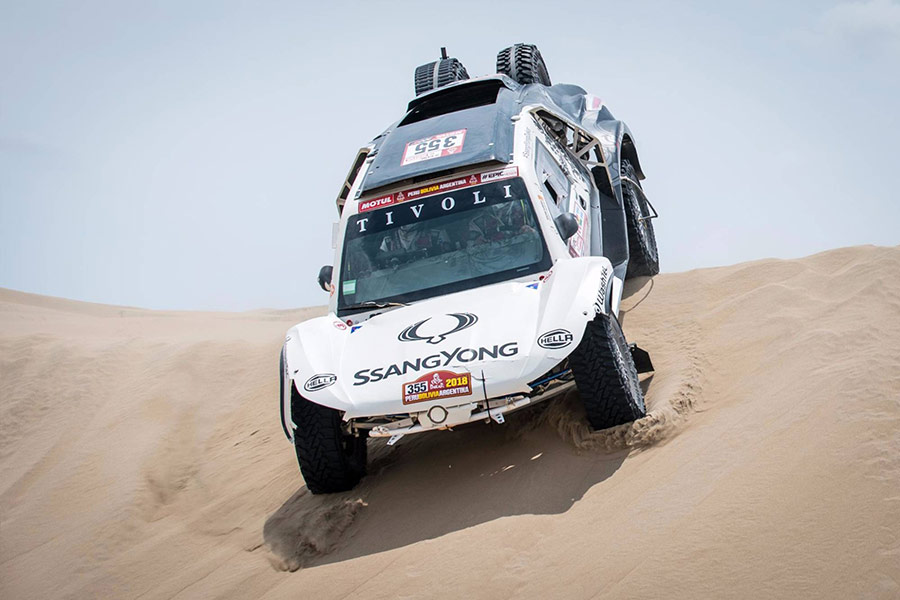 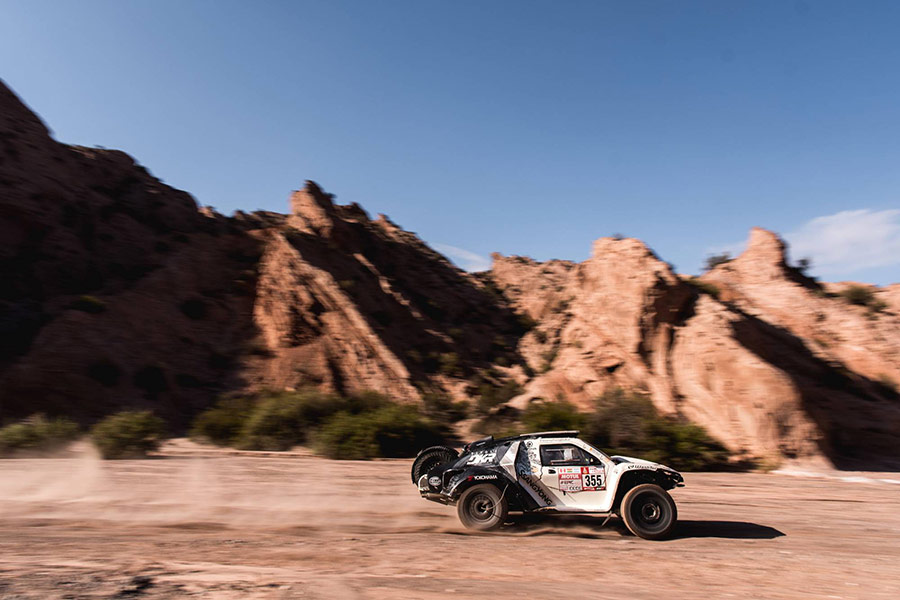 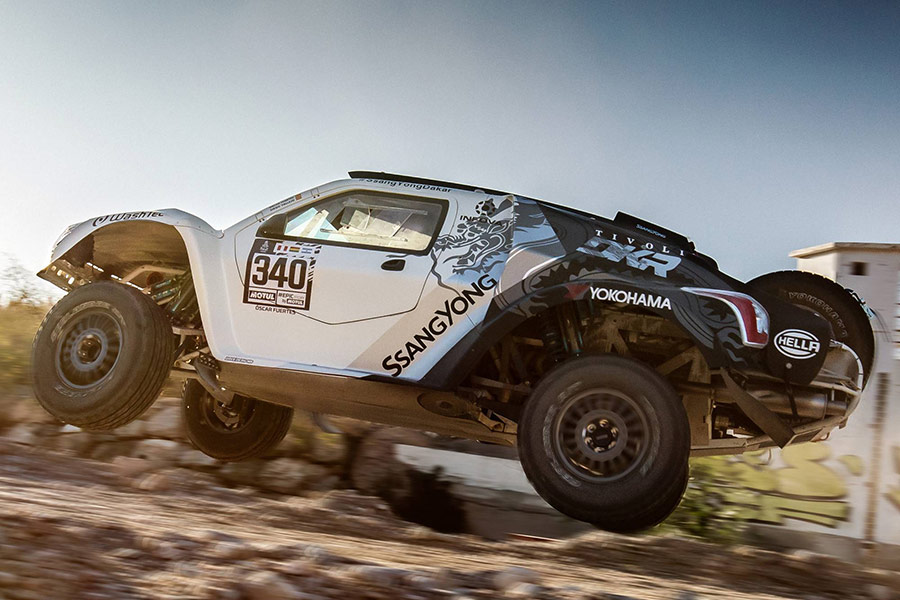 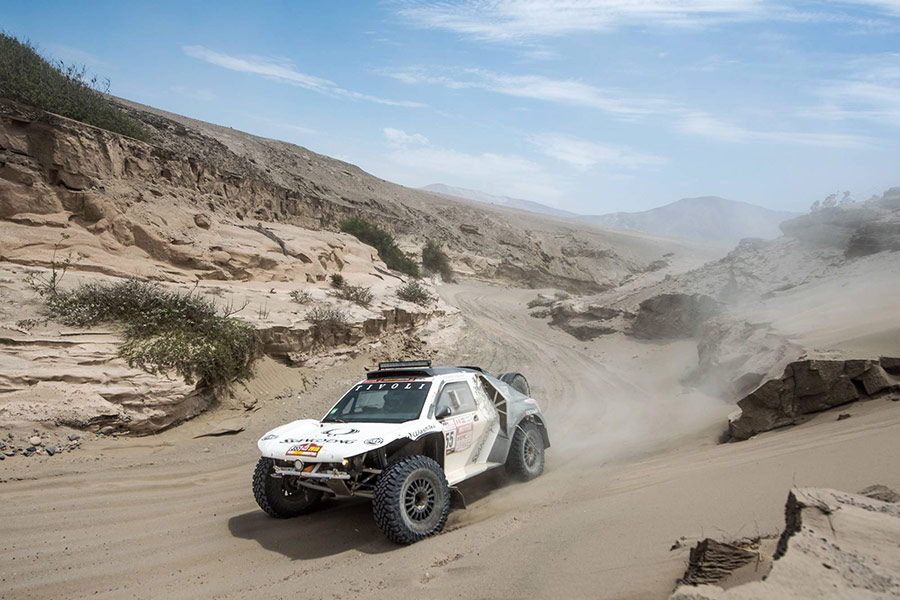 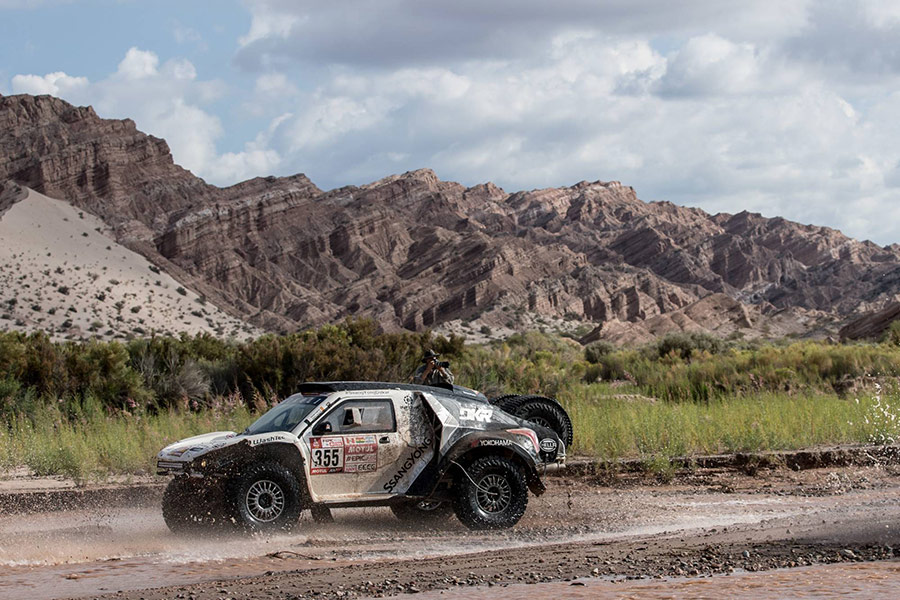