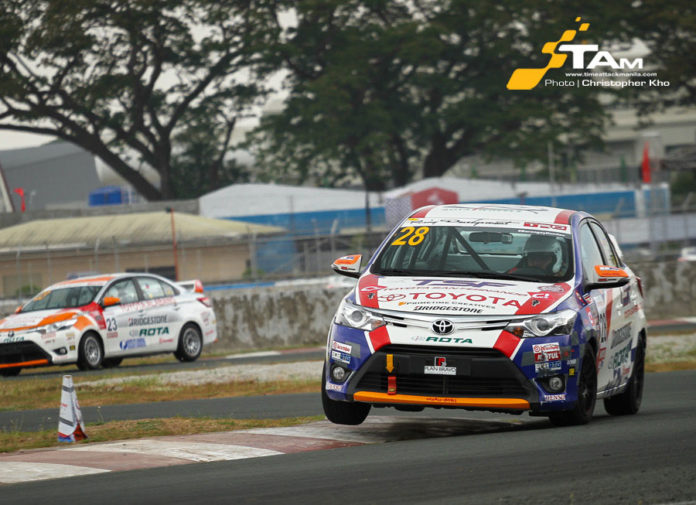 What happens when you have 40 drivers raring to go for the 1st round of the 2015 Vios Cup? Well, it doesn’t take a genius to figure out that we got a heck of a show last March 21 at the Clark International Speedway (CIS).

As much as we wanted to see all the cars race in 1 huge grid, FIA rules dictate that the track’s length can’t accommodate all 40 cars. That’s why the organizers had to split up the group into the ‘Sporting Class’ for championship contenders and ‘Promotional Class’ for celebrities and back markers. *chuckles* And with 2 races each, this meant we got 4 action-packed races in 1 day. 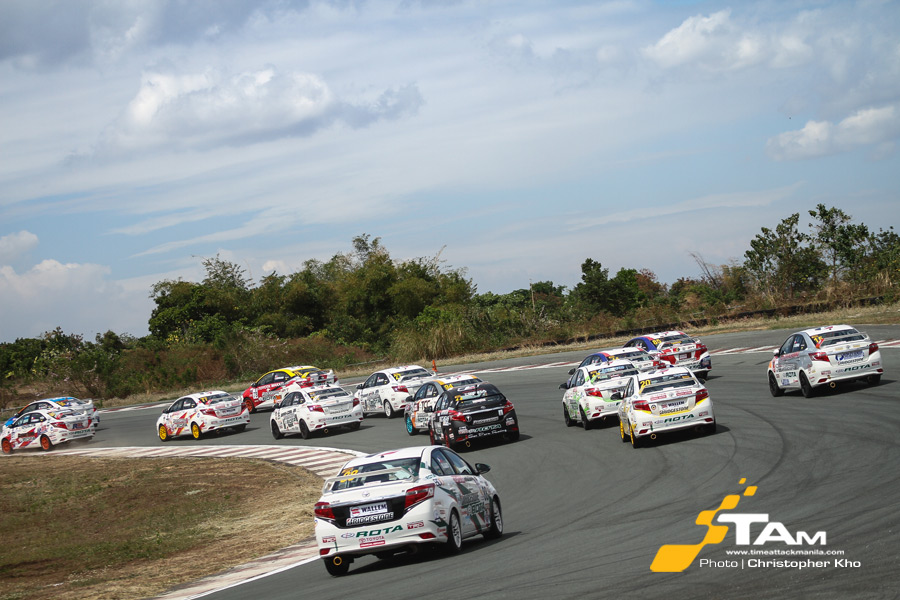 Sporting Class
The top 20 drivers in qualifying were allowed to race in the Sporting Class. The quickest of which was 2014 runner-up Pauland Dumlao of Toyota San Fernando, followed by last year’s champion Luis Gono of Toyota North EDSA.

At first, it seemed like the 2 would slug it out for the lead in Race 1. But it quickly became a fierce battle between Pauland and karter-turned-touring car driver Estefano Rivera of Toyota Alabang. Trading positions in almost every lap, Pauland managed to cross the chequered flag in 1st after 12 laps. The stewards, however, slapped Pauland with a 1 position penalty due to contact with Estefano’s car, thus awarding Estefano the win. Coming in a hard-fought 3rd place was Andres Calma of Toyota Alabang.

Allan Uy finished in 4th, 18.281 seconds behind the leaders, followed by Dominic Ochoa in 5th. 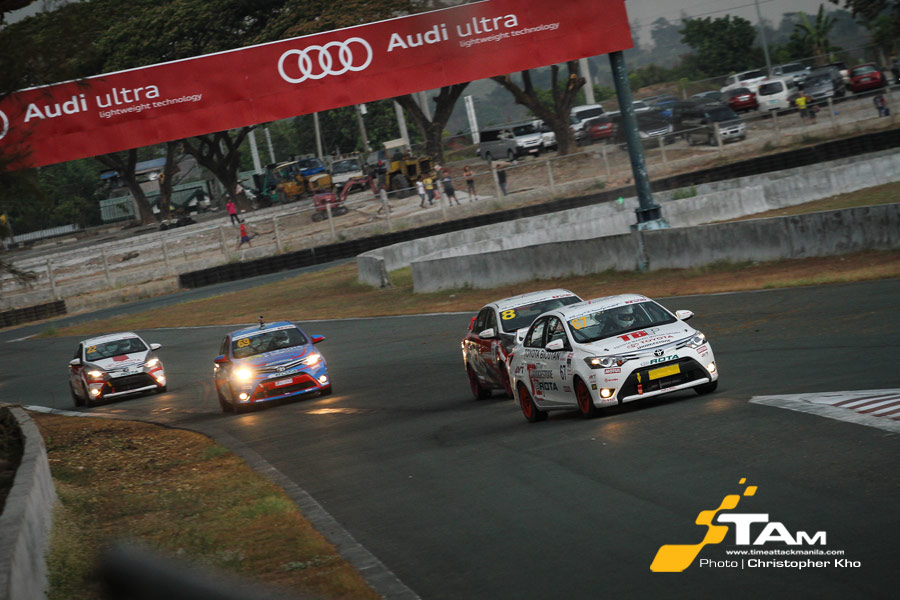 Taking no chances, Pauland went straight for 1st place and built up a significant lead in Race 2. Estefano would eventually be overtaken by Daniel Miranda of Toyota Balintawak who then chased after the leader. Chipping away at Pauland’s advantage, Daniel turned the race into their own private battle who made an overtaking attempt in almost every lap.

In the closing laps, things got a bit too close when Daniel hit Pauland’s rear bumper heading to the big loop. Luckily, Pauland was able to regain control while Daniel slowed down for sportsmanship’s sake. This allowed Pauland to maintain position and cross the line in 1st place. Daniel was unfortunately penalized for the contact and had to settle for 3rd place, promoting Allan Uy of Toyota Quezon Ave to 2nd. 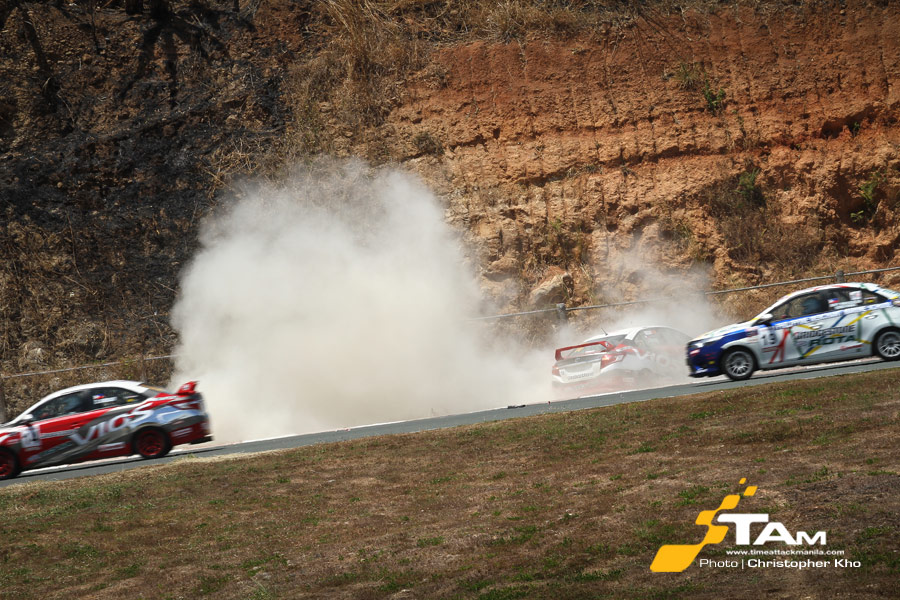 Promotional Class
The first lap in Race 1 was a mad dash into turn 1 which quickly ended in a plume of dust. Celebrity drivers Jinno Rufino, Sam YG, and Rhian Ramos collided together as they fought for the lead, which left Jinno beached in the gravel trap and ruining all their race. This prompted the safety car to come out, allowing the marshals to get Jinno’s car out.

It was now Phoemela Baranda’s chance to take a comfortable win, followed by Miguel Diaz of Toyota Alabang in 2nd and Senator JV Ejercito of Toyota of Toyota North EDSA in 3rd. 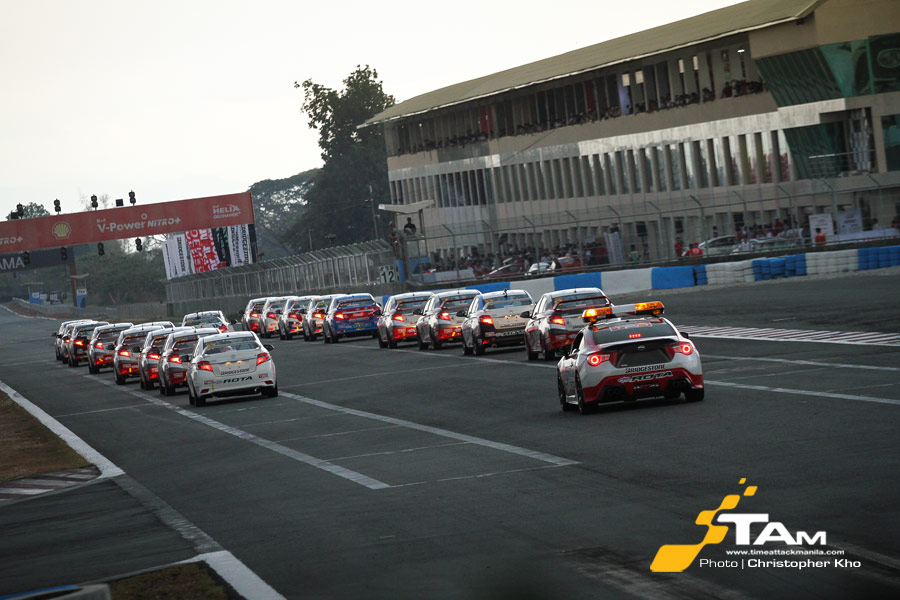 Race 2 also had its moments. Derek Ramsey failed to make it onto the grid, while Senator JV only managed to complete 1 lap. But the biggest incident of all was when Juan Nolasco had a huge crash heading to the last turn, wrecking the front end of this Vios Cup Car. Luckily, he managed to walk away uninjured.

At the head of the pack, it was a fight between Miguel Diaz and Ton Ton Ramos of Toyota San Fernando. The pair would eventually cross the finish line separated by a mere 0.307 second gap with Miguel taking 1st place and Ton Ton in 2nd. And despite starting from the back of the grid, Sam YG managed to thread his way through the field and claim 3rd.

What’s interesting though is that Toyota Motor Philippines (TMP) President Michinobu Sugata himself joined in the on track action. Sugata-san managed 14th in Race 1 and 13th in Race 2. 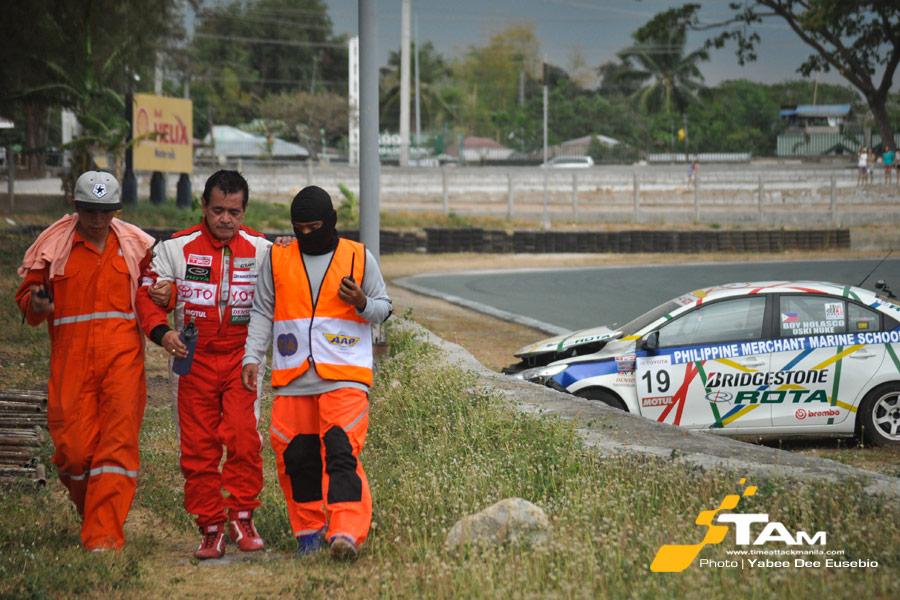 Although there were some bumps and scrapes here and there, the 1st round of the 2015 Vios Cup was pretty much incident-free (unlike the McKinley West Street Circuit destruction derby) which allowed for some great wheel-to-wheel racing. Kudos to TMP for one heck of an event that had spectators at the edge of their seats.

If everything goes as planned, the 2nd round of the 2015 Vios Cup will happen on May 16 in Cebu. 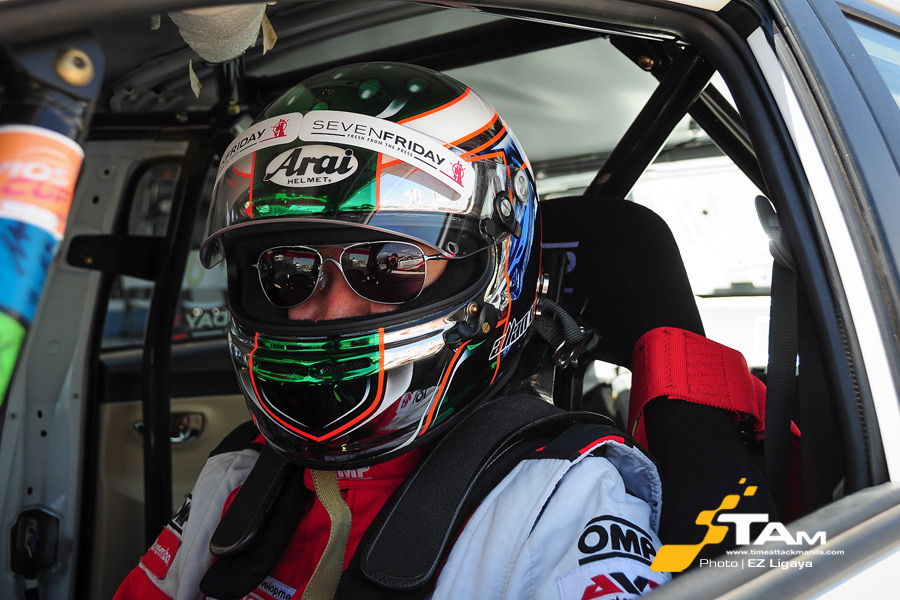 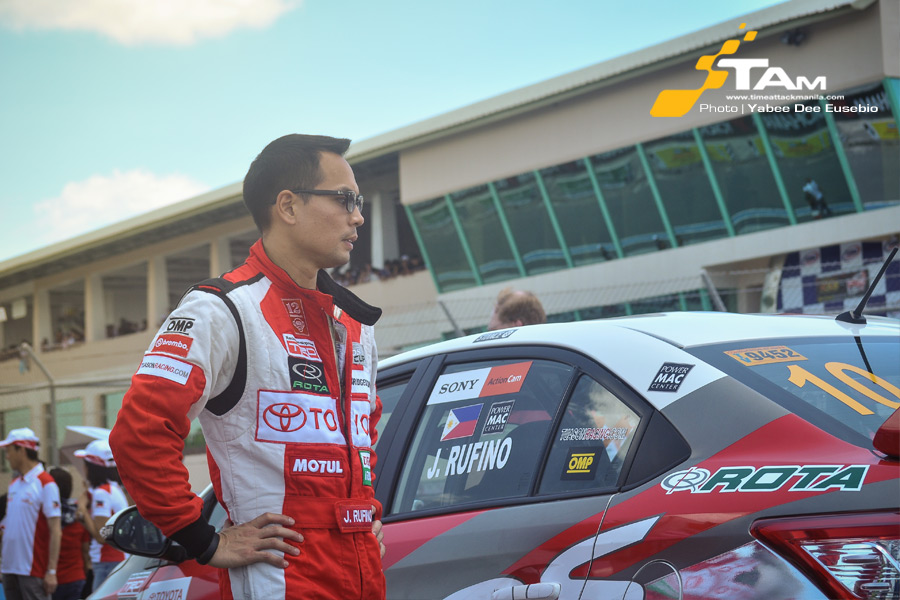 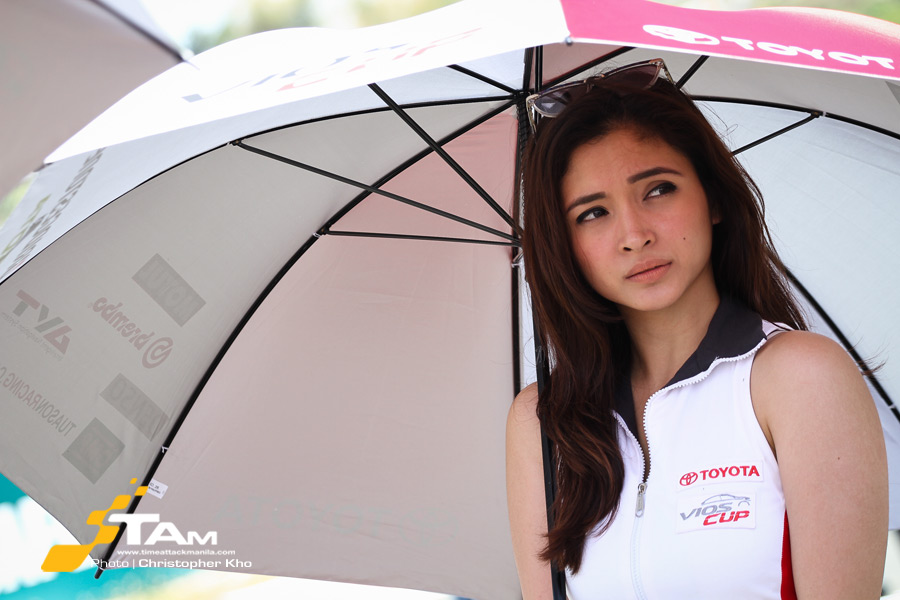 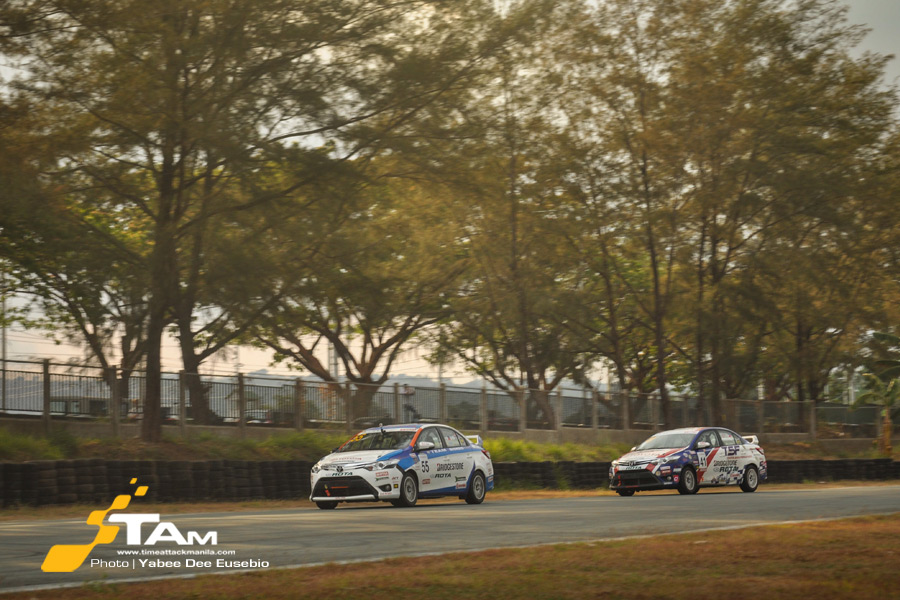 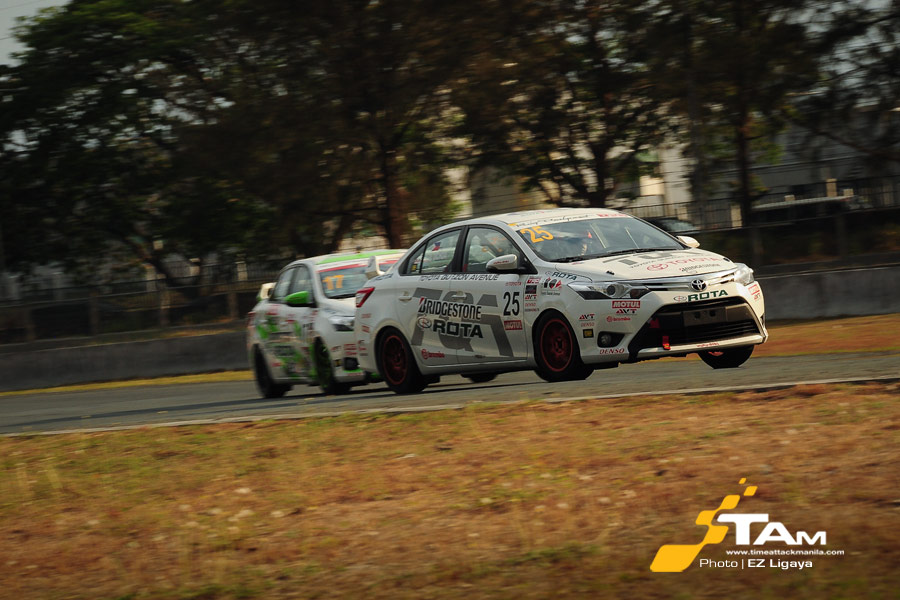