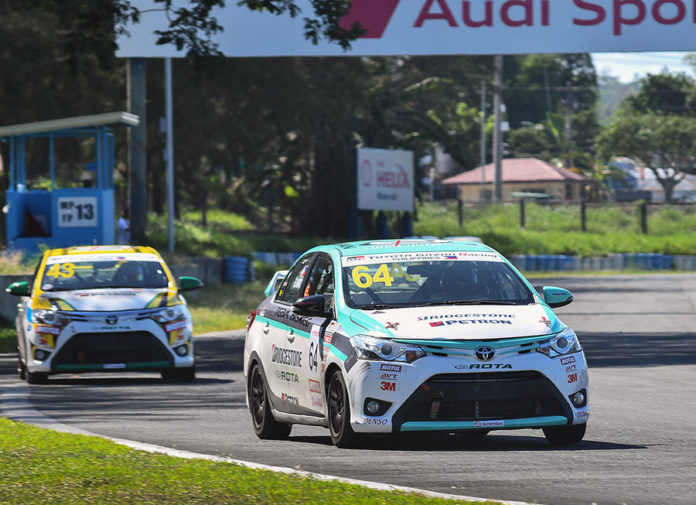 There was different race brewing in Team Biskeg’s garage days before the start of the 2018 Vios Cup. Their mechanics worked day and night to get the cars running in time for the race on April 27/28. And with less than a day to spare, all 4 machines gladly made it on track. Although this limited their drivers’ practice runs, Team Biskeg’s collective efforts would allow them to take a well-deserved win and podium finish at the Clark International Speedway (CIS).

The team from the north returns to the one-make-series with a 4-car lineup. Gerard Loy and Bryan Co are once again chasing the championship in the Super Sporting Class. Gel Napat, on the other hand, moves up to the Sporting Class after finishing runner up last year. His sister Dimple now takes his place in the Promotional Class. 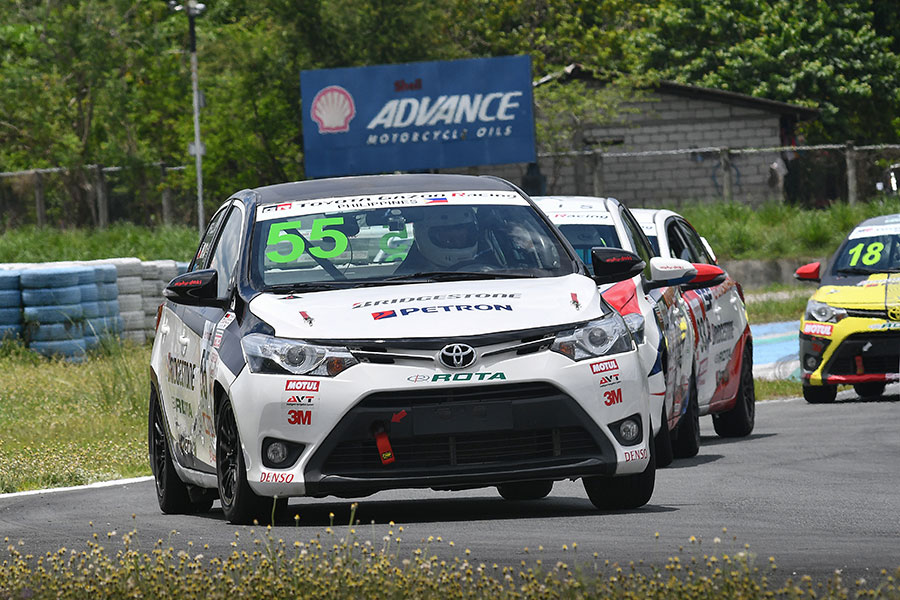 Super Sporting Class
Gerard Loy and Bryan Co did well to end up 6th and 8th in Qualifying against a 16-car grid. Gerard used his pace to make up a few spots in Race 1 to cross the finish line in 3rd. The #99 car, however, made some unnecessary contact and was penalized to 4th. Sadly, Bryan wasn’t as lucky. A collision on the opening lap dropped him to dead last, but the driver of the #55 car managed to climb up to 11th. 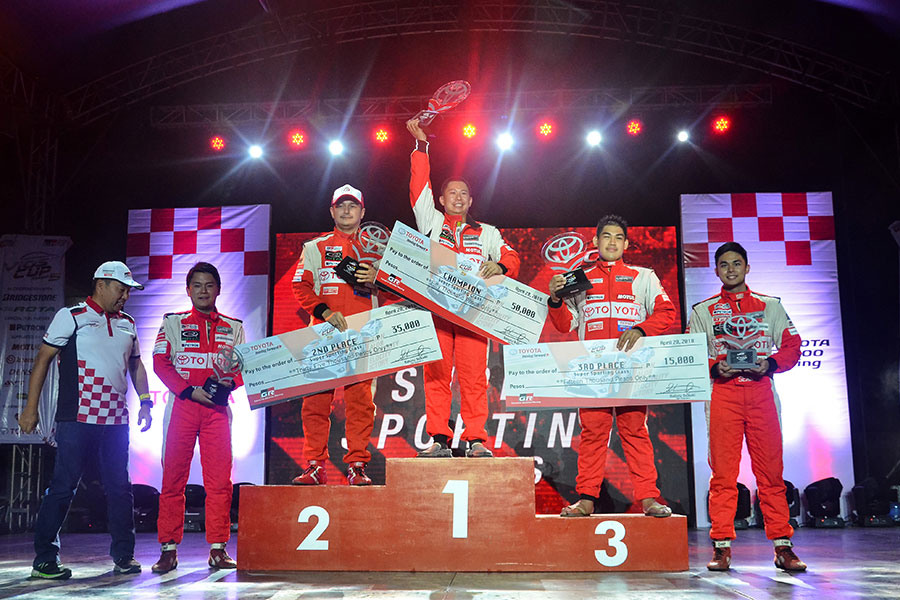 After taking the lead in Race 2, a safety car period helped Gerard maintain position and control the pace. He was also one of the few drivers who wasn’t penalized for overtaking under a yellow flag, which extended his advantage. Gerard then went on to claim his first win of the season for Team Biskeg. It was unfortunate that Bryan was again wrongly tagged and lost position. This time though, he got better results and ended the race in 9th.

Team Biskeg concluded the weekend with another 4th place for Gerard. Bryan had handling problems in Race 3 and claimed 13th spot. 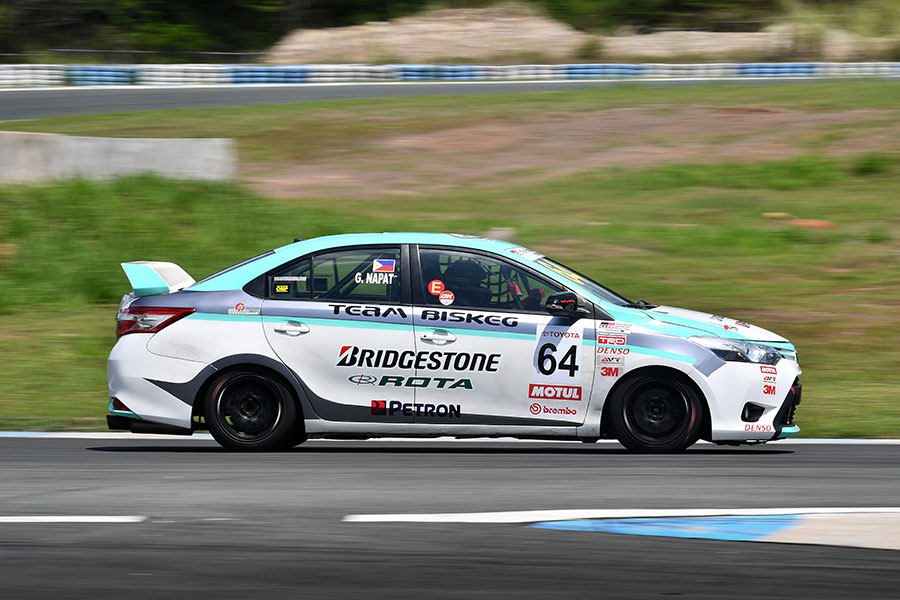 Bridgestone Sporting Class
Coming from the Promotional Class, Gel Napat’s goal this year is to surpass his previous performance and get faster lap times. His first attempt in Sporting Class put him 11th in Qualifying. He then completed Race 1 in 10th, but only after he was spun around by another driver. 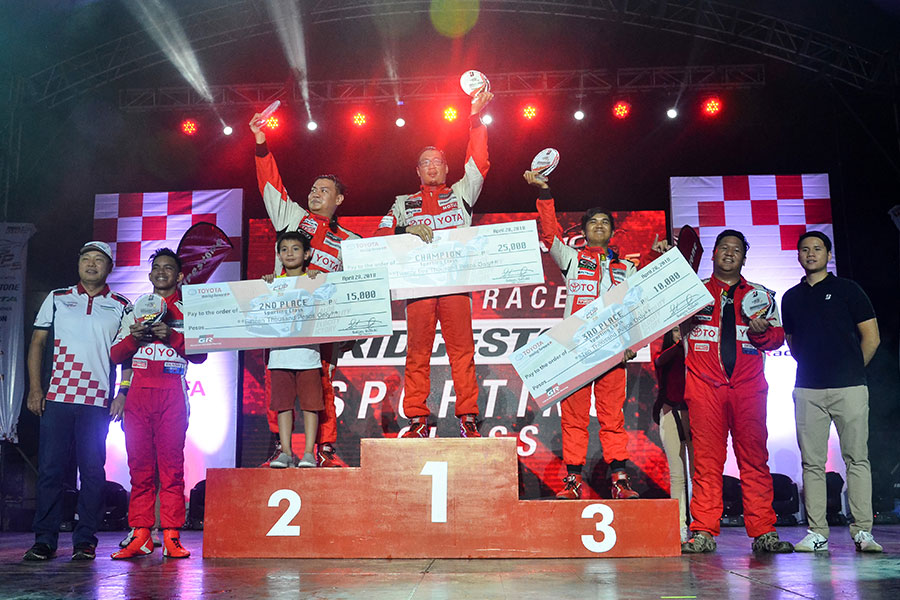 His fortunes would improve on Saturday in Race 2. Gel made clean overtakes throughout the 12 lap race and made it into 5th. Things got even better in Race 3 that afternoon. Starting on the front row of the grid, he fought for position with more seasoned drivers and secured his place in the Sporting Class. Gel only dropped to 3rd on the very last lap where he earned his first podium finish of 2018. 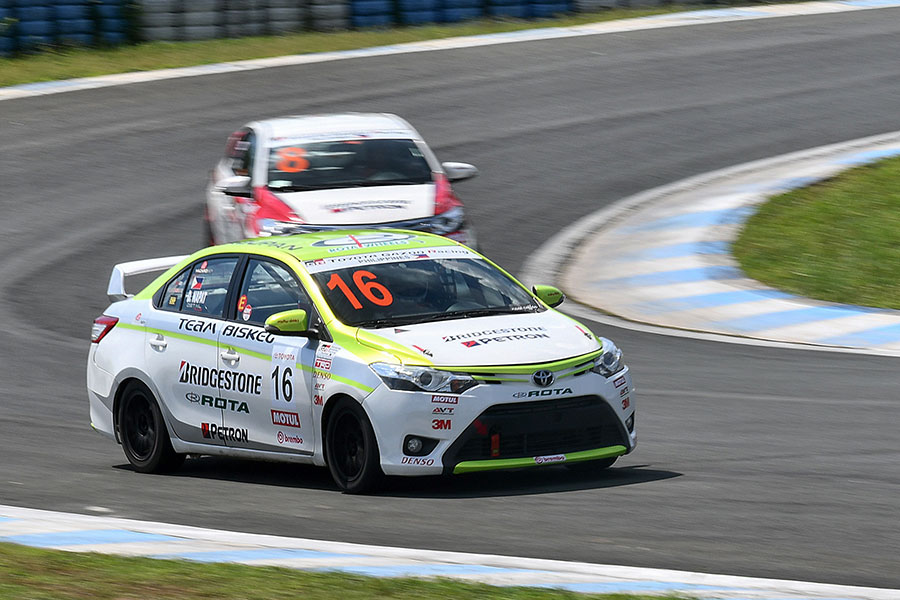 ROTA Promotional Class
Dimple Napat returns to the Vios Cup after a year’s absence. While she has raced in the past, her experience were mostly on street circuits and driving on the Clark International Speedway was new.

She made steady progress over the weekend, and with help from the team’s coaches built confidence to log faster lap times on every session. Dimple qualified 12th and earned a respectable 16th, 12th, and 13th place finishes. Although she encountered some mishaps on track, she’s happy with her results and is looking forward to racing in Alabang. 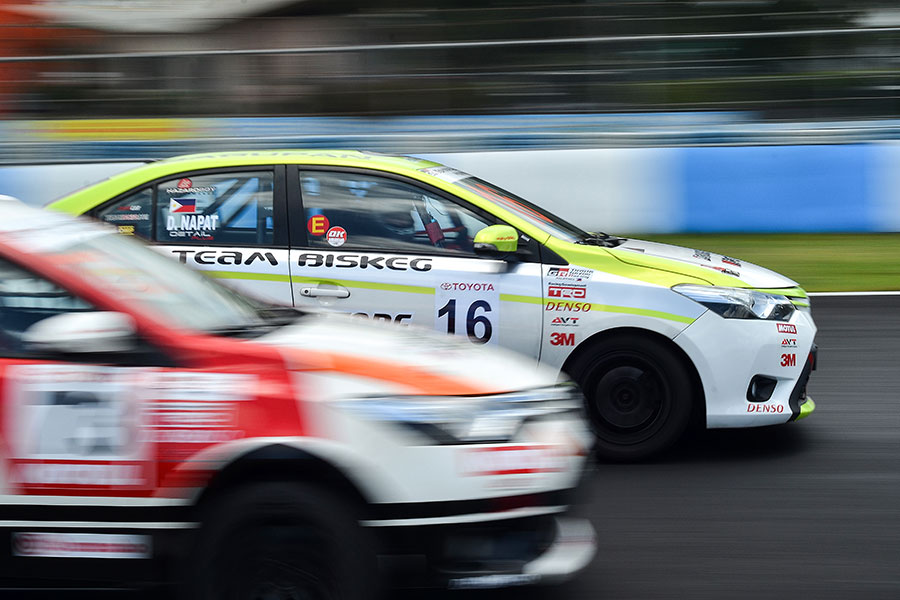 Edward Dela Rosa, Team Manager: “A win for Gerard and podium for Gel was a great way to wrap up the first Vios Cup race this year. Brian and Dimple also performed well and hope to see more from them in next races. It truly was a combined effort from everyone at Team Biskeg with full support from our principal Rene So, Richmond So, and Jasper Ong.” 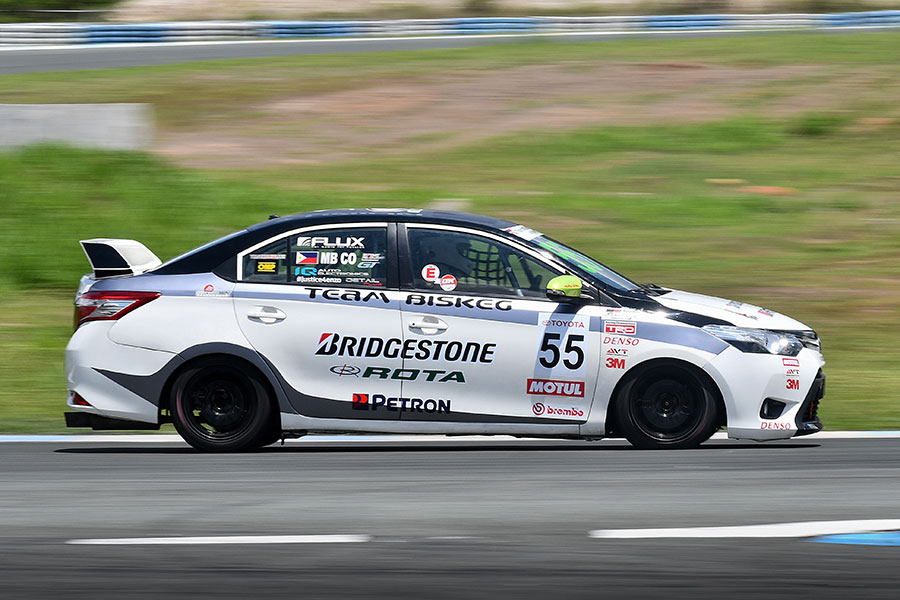 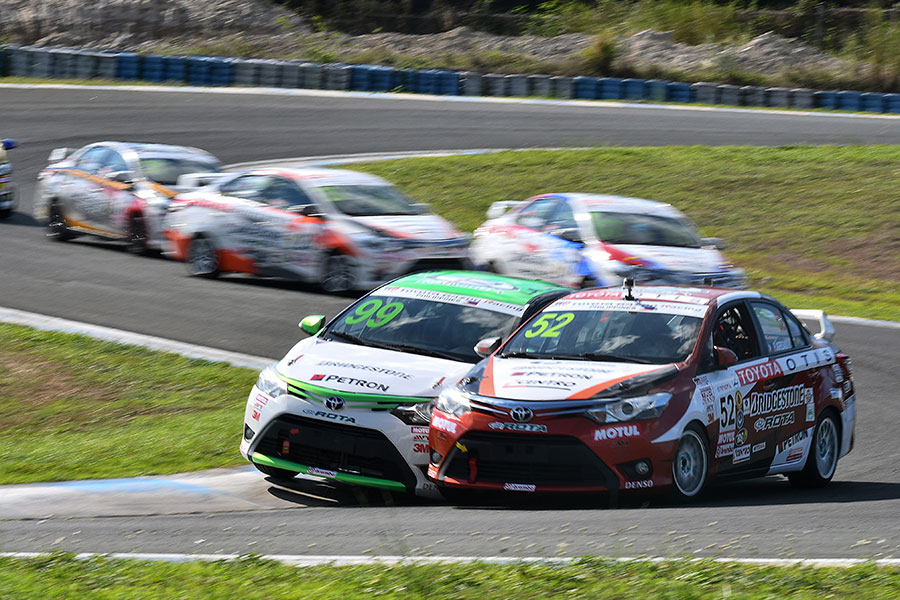 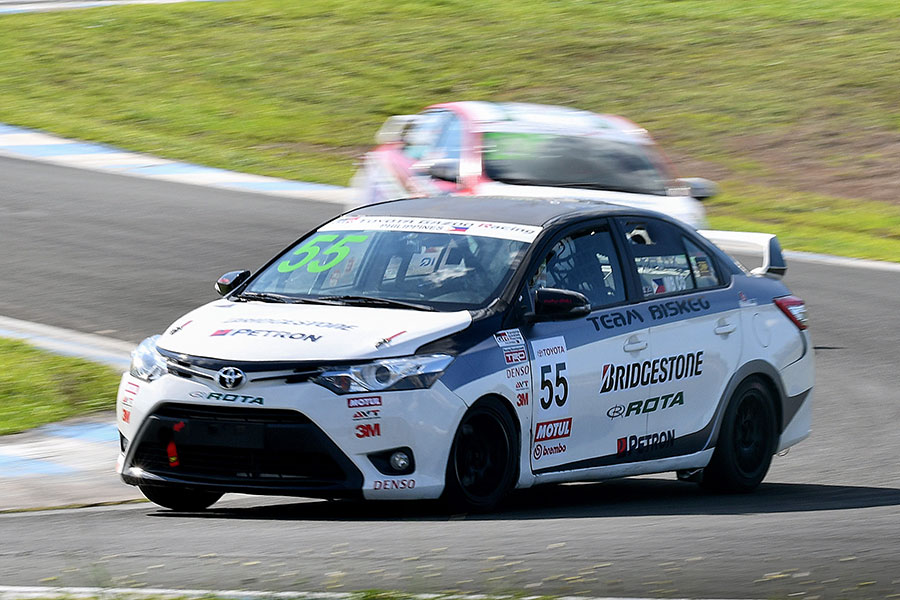 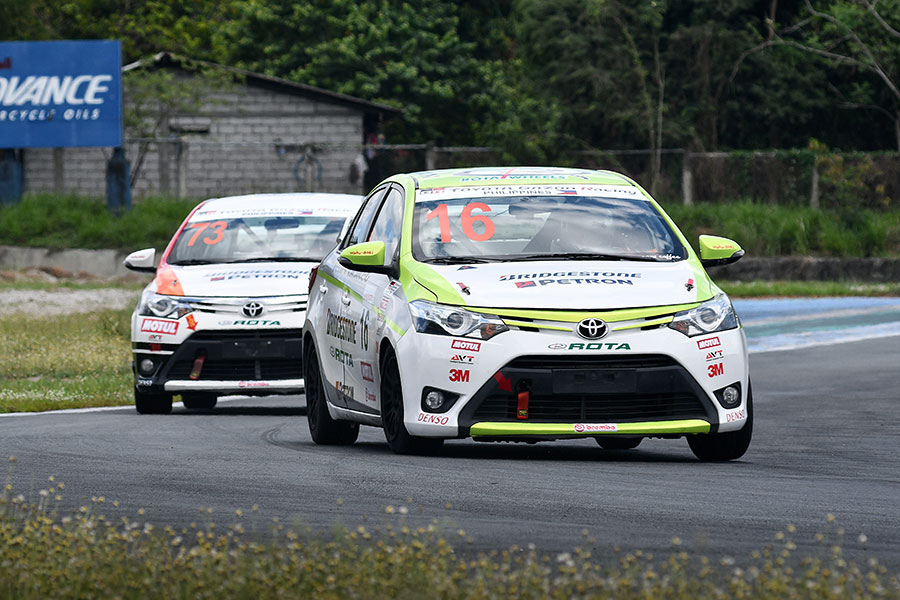 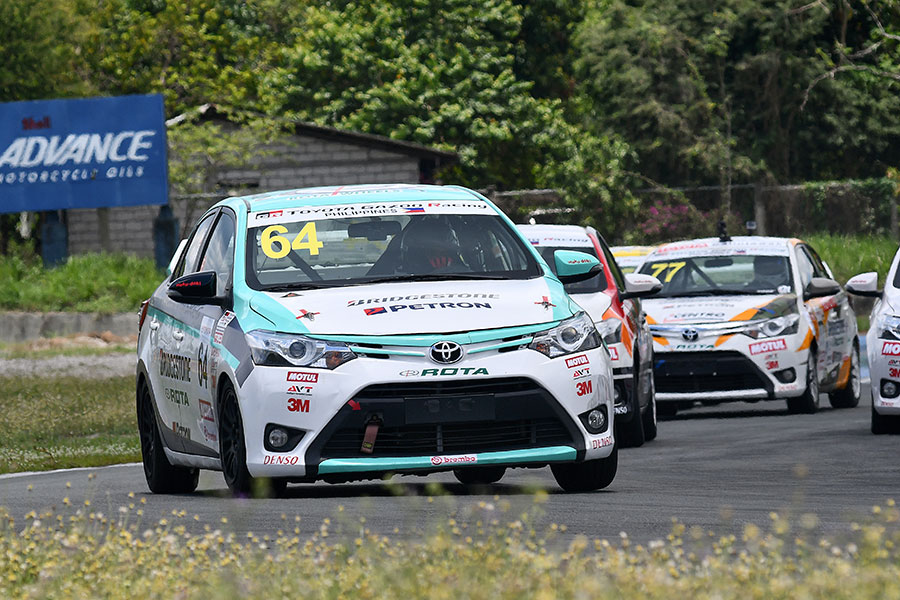 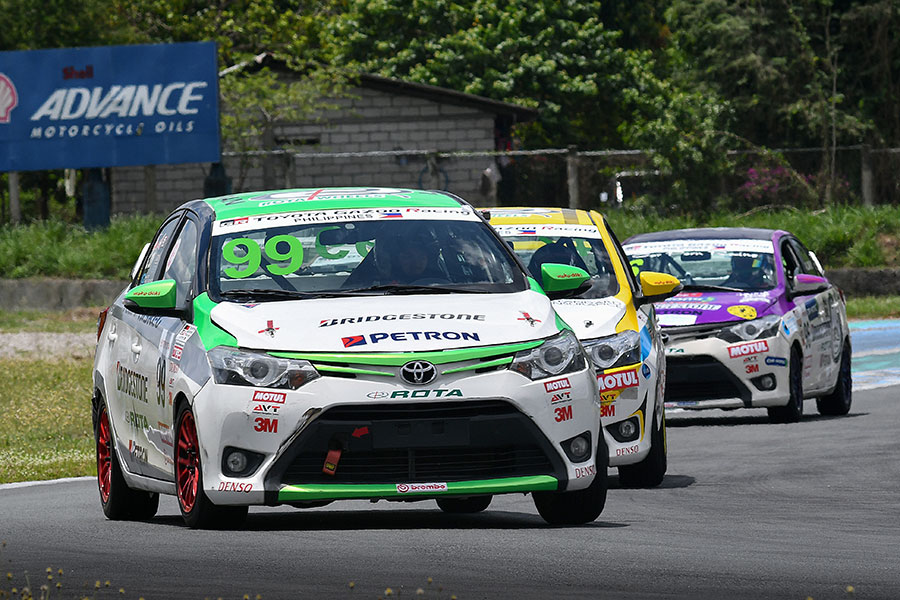 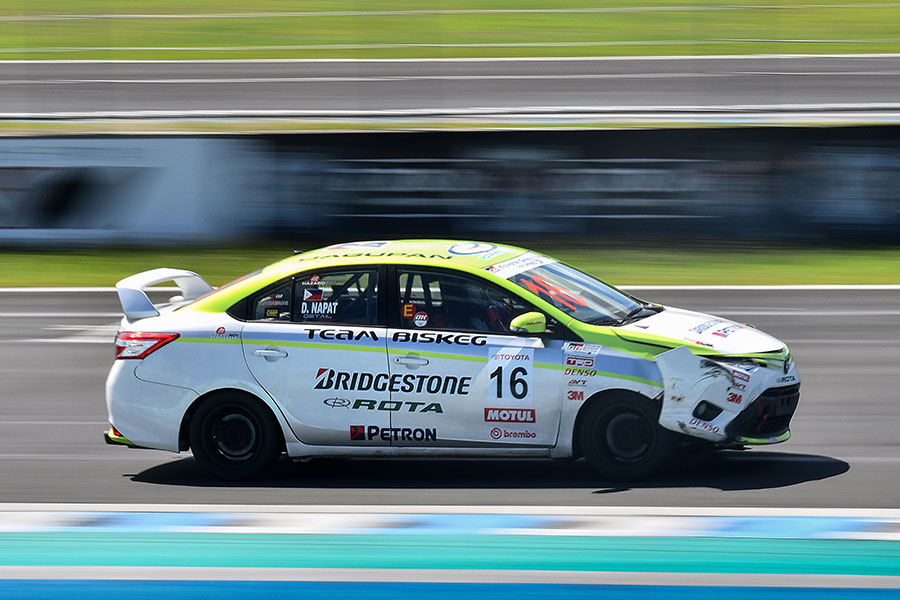 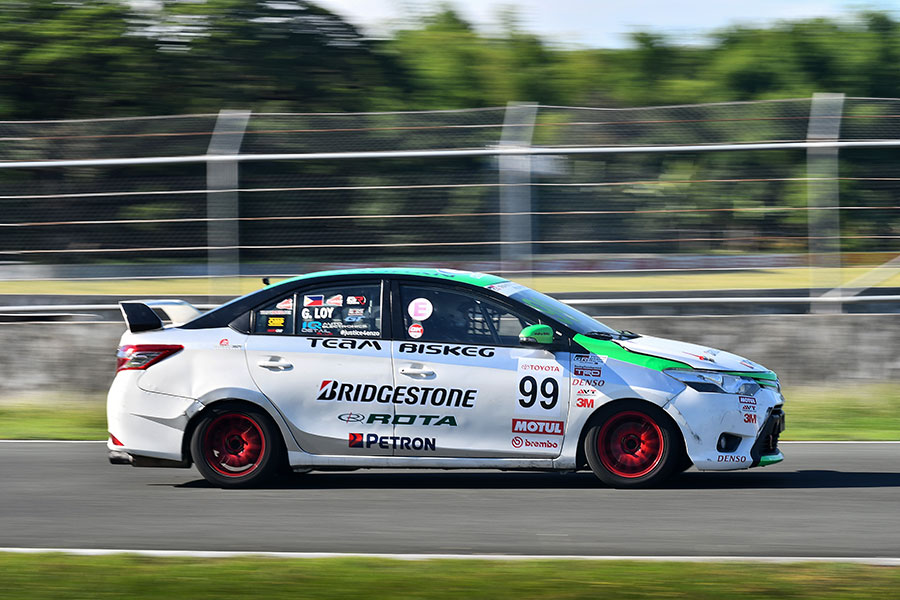