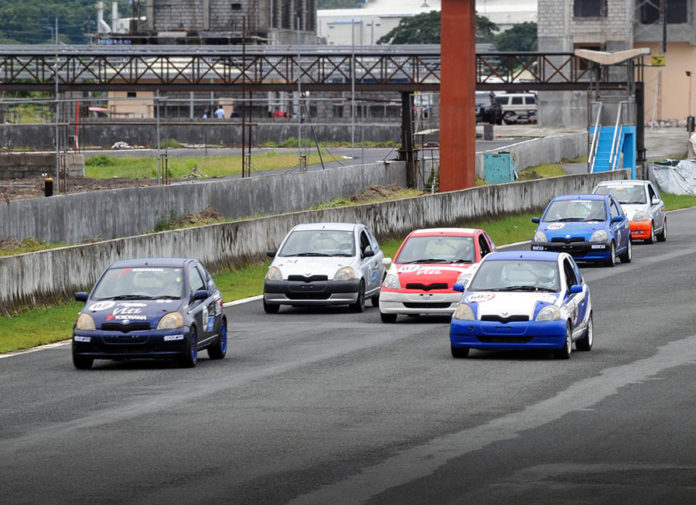 Norris See, Markku Suarez, and Seven Aleman are some of the newest up-and-coming drivers in the Philippines. Although each have their own background in motorsports, all 3 have now stepped up into the world of circuit racing through the First Step Racing Cup (FSRC).

Competing under the banner of Team MR-Cebu, they entered the 1st of out the 3-leg series last July 21/22 at the Clark International Speedway (CIS). And despite the mixed weather conditions, the team enjoyed promising results all weekend. 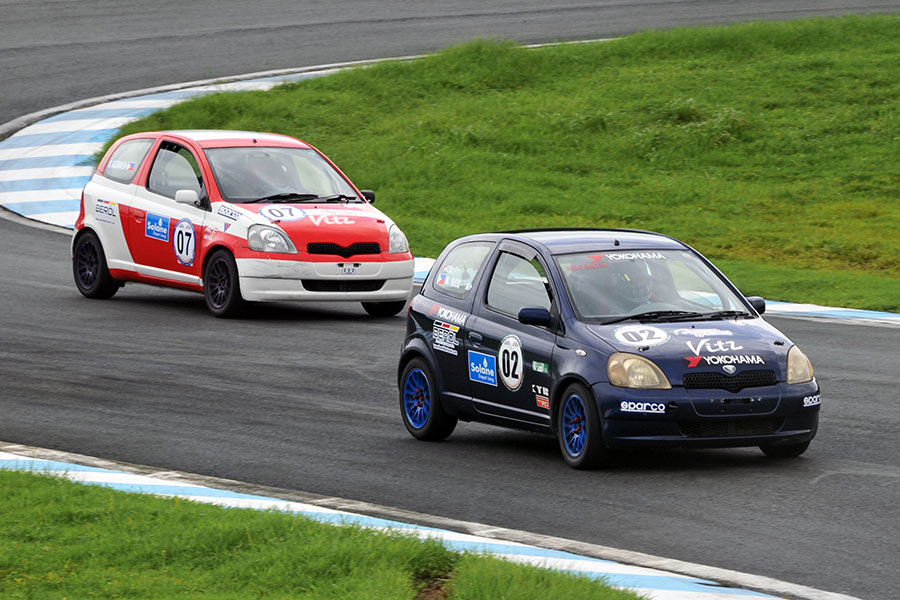 Norris is the most senior of the group, with previous experience in autocross and go karts. But this was only his second ever grid race. Markku, on the other hand, is on first year of racing after spending years behind simulators, while 11-year-old Seven Aleman was part of the 4 Oras ng Pilipinas last June.

“The FSRC is a very good platform for beginner drivers like me. Since the car doesn’t have a lot of power, there is more time to think and react to situations. On the flip side, every mistake is magnified which trains the driver to be smoother and more consistent,” Norris commented. 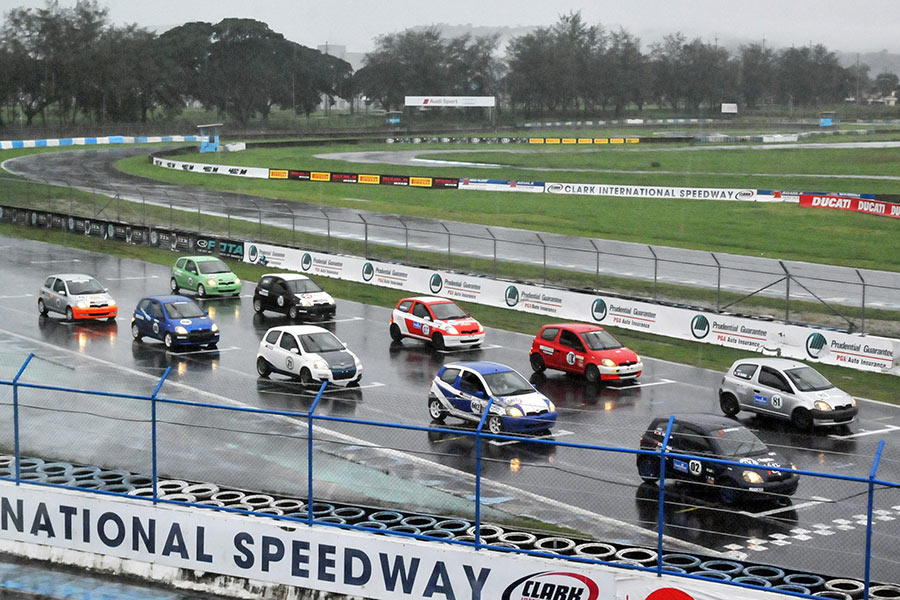 Qualifying was run on a damp Saturday afternoon where Norris managed to set a 2:51.111 lap to claim pole. Markku and Seven locked out the second row of the grid by setting the 3rd and 4th fastest times of the session. The rain would continue ’til Sunday, but the 3 were well-acquainted to driving on the wet by then.

Seven in the #4 car got a good start in Race 1 and moved up a spot by the first corner. Markku slotted behind right behind and followed his teammate throughout the 5-lap sprint. As for Norris, the 38-year-old struggled to retake the lead after dropping down to P2 off the line. His attempts proved to be unsuccessful as there were no opportunities for a clean pass, which shows his courtesy as a driver. However, he inherited the race win as the 1st place finisher was handed a post-race penalty. 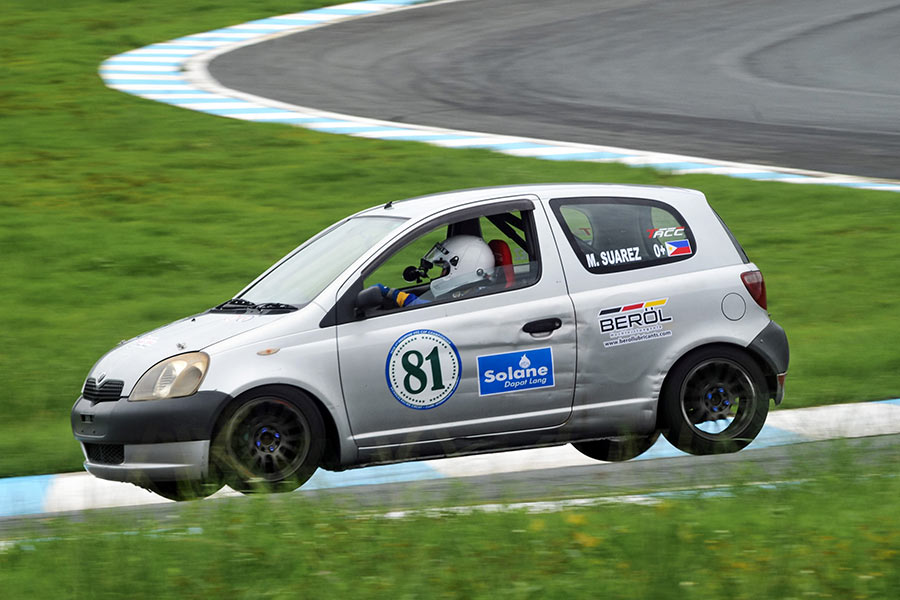 The same thing happened to Markku who ended up 2nd in the final standings, earning Team MR-Cebu a 1-2 finish. It would have easily been a clean sweep of the podium if only Seven wasn’t penalized for jumping the start, dropping him down to 6th.

Weather conditions turned from bad to worse that afternoon, making Race 2 even more challenging for the entire 10-car field. This didn’t seem to affect Norris who built a commanding lead despite running on used Vios Cup tires donated by Toyota Team Cebu. A heroic drive allowed him to claim 1st place by a 29.624 sec margin. 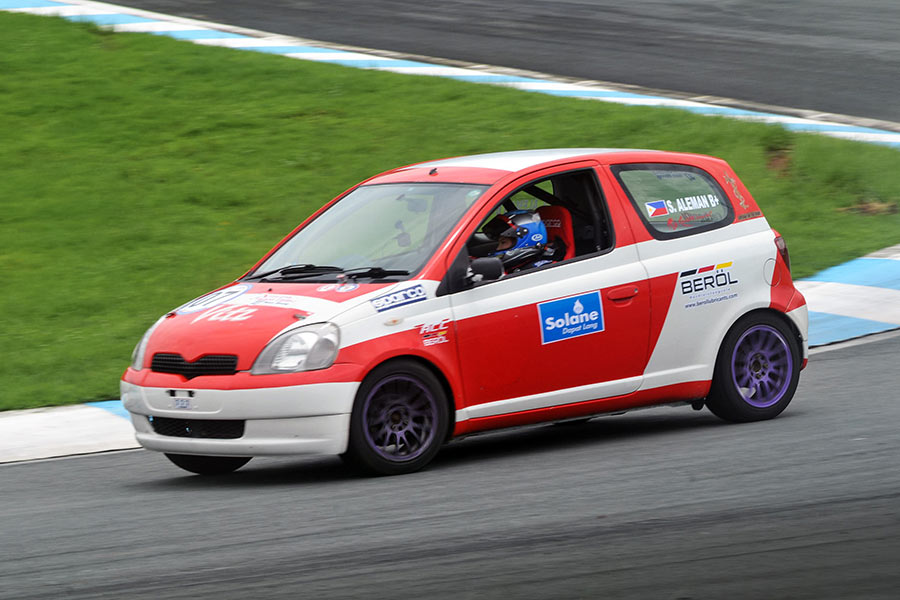 Starting from P6, Seven also did a really great job to climb up to P2. His experience in the Philippine Endurance Challenge (PEC) taught him well how to keep the Toyota Vitz Cup in control in the pouring rain. But he was robbed of a podium finish when a competitor made contact with Seven on the very last lap. The youngster managed to recover and took the chequered flag 4th.

Markku wrestled the #18 car as it tried to break away from him on the slippery track. It eventually did, while he busy fighting for position on the very last lap, putting him a lap down in 6th. 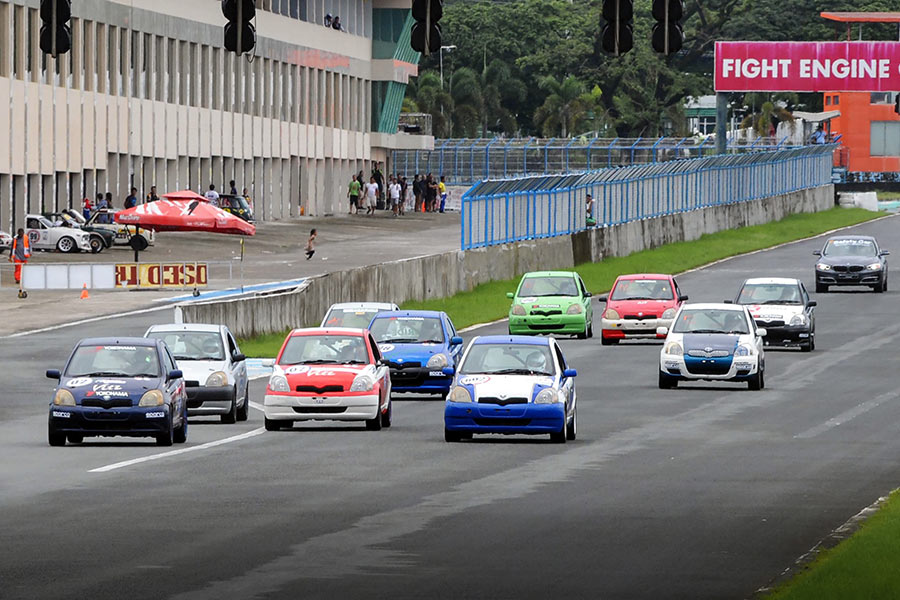 Despite the spin, Markku thoroughly enjoyed his first FSRC weekend saying: “I’m very grateful for the organizers for opening up this door for us into circuit racing. I learned a lot of things about myself and driving, but I think the best thing I learned is that racing can be competitive, fun, and affordable.”