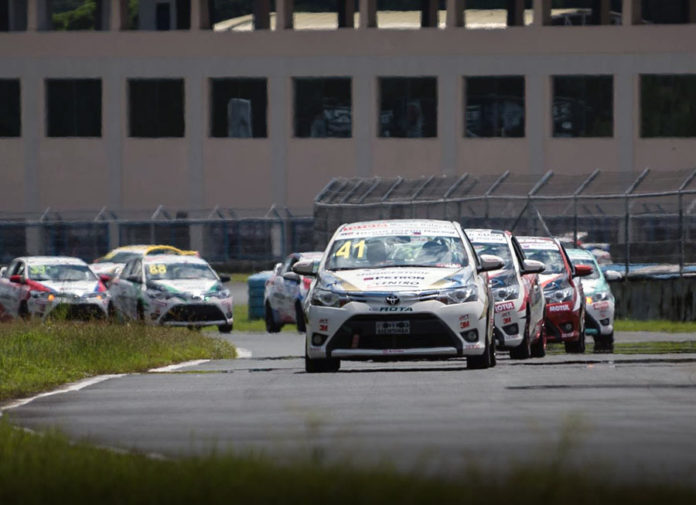 2018 was one heck of a waku-doki year for the Obengers. With 8 drivers in the Vios Cup, the team has been fighting for the championship ever since the season began, racking up 13 podiums and 1 race win so far. But the battle for the driver’s title came all the way down to the season finale last September 21/22 with some rather surprising results.

And as always, the Obengers delivered with their rookie John Dizon taking the Bridgestone Sporting Class championship. 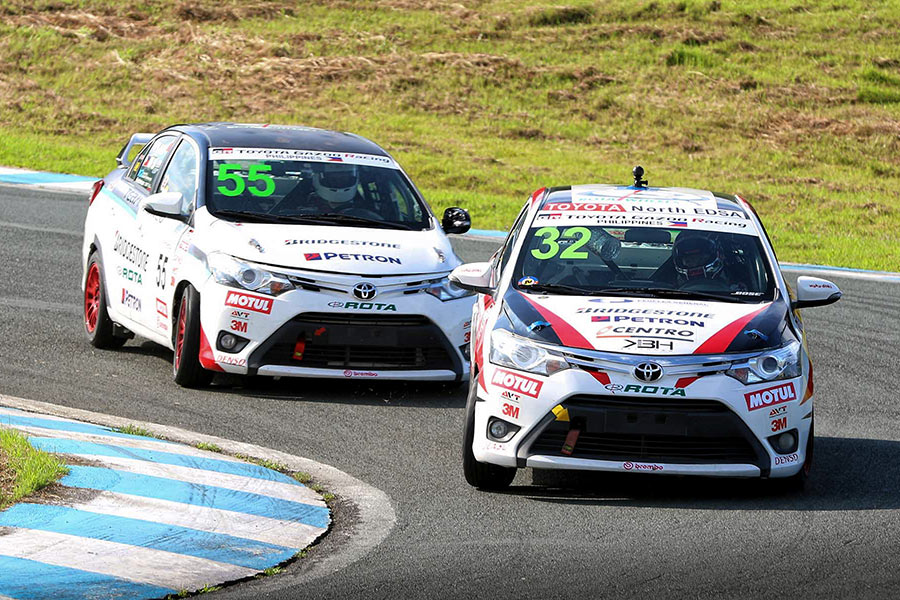 Super Sporting Class
With double points up for grabs, Keith Bryan Haw (KBH), Estefano Rivera, Raymond Ronquillo, and Paulo Agregado all had a shot at taking the title. KBH was the team’s best bet as he headed the points standings.

9th was all he could do in Race 1 due to a broken gearbox. He bounced back the next day with a great recovery drive to finish 6th which gave him pole for the last race. However, KBH missed a gear during take off and fell to P9. He fought his way back up to cross the line in an impressive 2nd place. Unfortunately, he missed the championship by only 17.5 points. 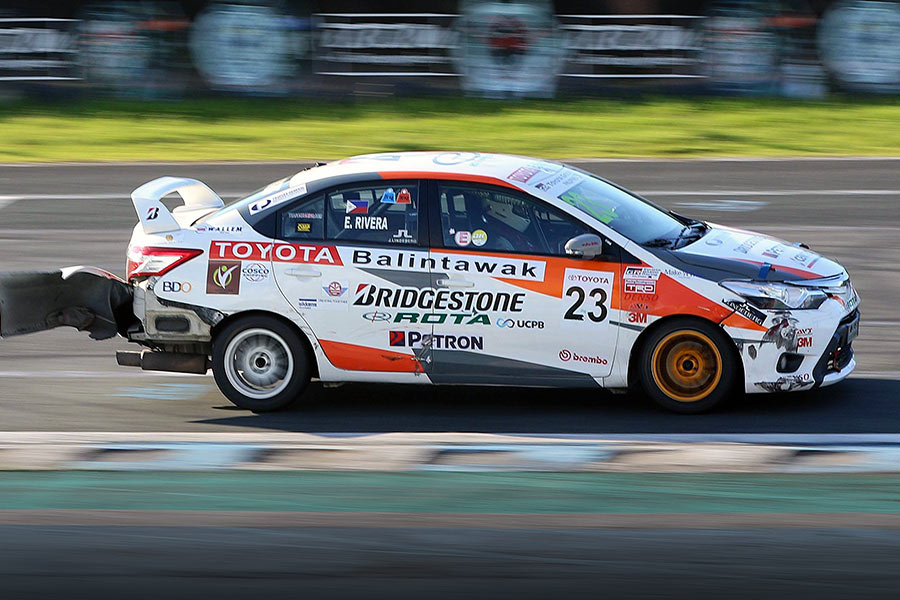 As for Estefano, a near-perfect Race 1 netted him 2nd which was a good way to start the weekend. But things quickly turned upside down when the #23 car overheated and retired in Race 2. Despite this slight setback, Estefano still had a chance. All he needed to do was to finish 1st. Easier said than done when you’re starting from the back of the grid.

So, he put his head down and got work. He was up to P3 by the third lap and was closing in on the leaders when the chequered flag came out. If only he had more laps, Estefano could have finished higher than 3rd. 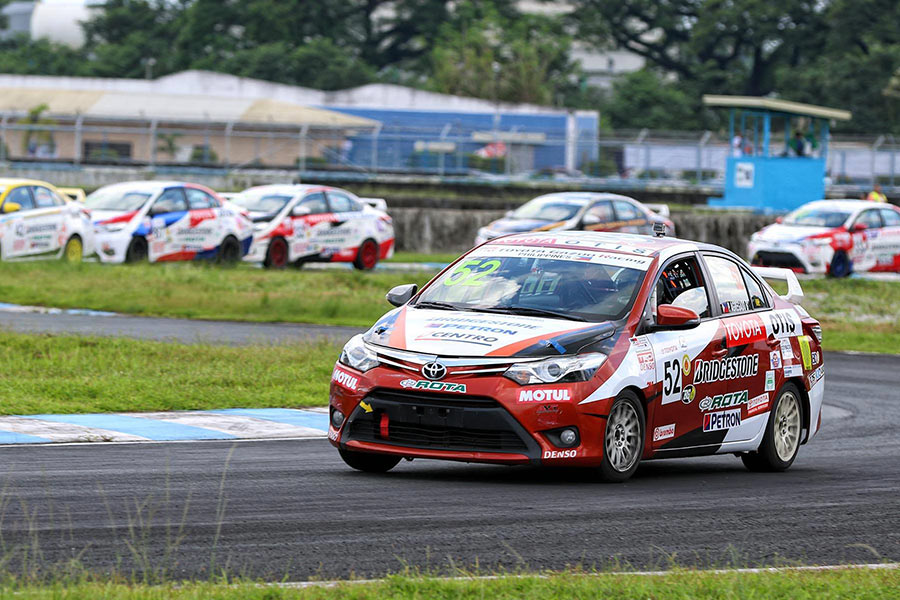 Paulo concluded his first year in Super Sporting with mixed results. He was consistently in the top 3 during practice, which he converted into a 4th place finish in Race 1. By sheer bad luck, mechanical issues prevented him from finishing higher than 9th in Race 2 which was followed by 7th in Race 3.

Mirroring his teammate, Raymond crossed the finish line in 8th, 11th, and 4th to wrap up an action-packed Vios Cup season. 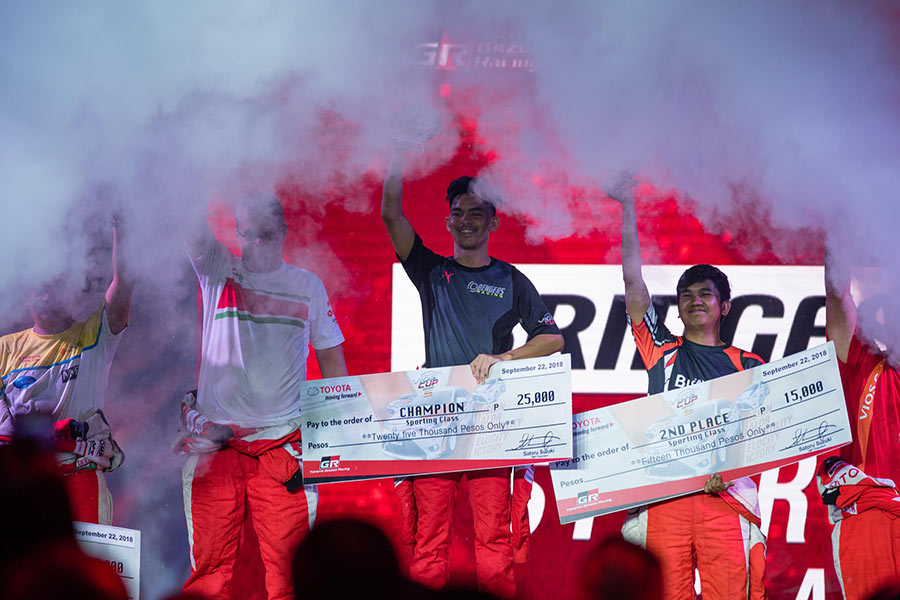 Bridgestone Sporting Class
Champion karter John Dizon struggled adjusting to touring cars all year, although it really didn’t show. He was the quickest of all Sporting Class drivers at the Clark International Speedway (CIS) and scored 3rd place on Friday. Then, John pulled 2 dominant back-to-back victories on Saturday and made winning look easy.

This allowed him to shoot up the driver’s standings and secure the championship by a mere 5.5 points and he did it on his first year in the Vios Cup.

“I would like to thank the Obengers, Boss Cosco, Marc Soong, Steve Bicknell, Dennis Ayuyao, Coach Roland, my teammates, mechanics, and my parents for supporting me, specially to God who is the key to win,” said John. 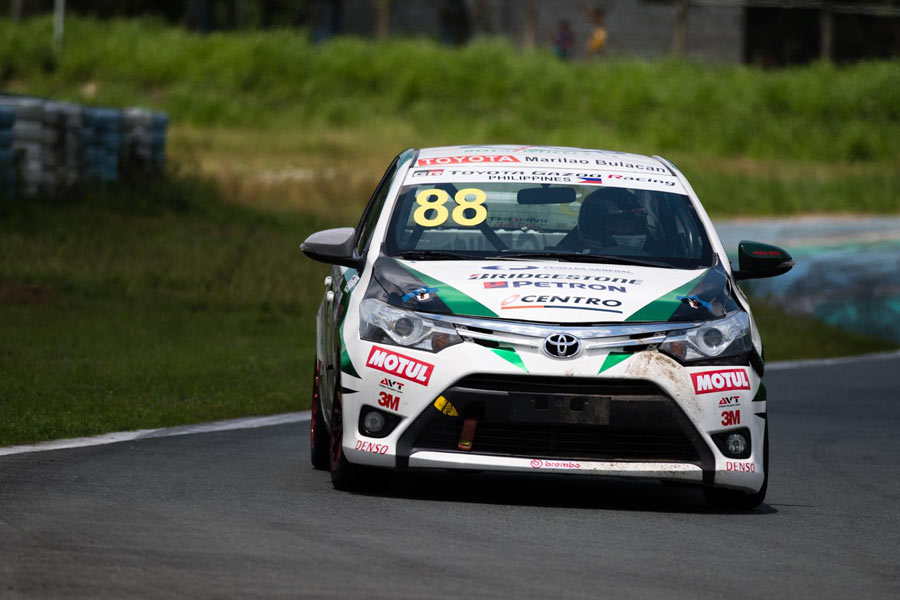 After 5 seasons, Robert Lilles decided that it was finally time to retire. He ended his stint in the Vios Cup with good memories and 2 point-scoring finishes in 9th.

Then there’s Marc Soong, who pulled off a miracle to get back behind the wheel after undergoing spinal surgery and only missed one event. He completed all 3 races to take 11th, 7th, and 11th places.

“3 months ago, I was learning how to get out of bed, stand, and walk. My body is still recovering from days of driving all out, but just to be back racing is a miracle in itself. Thank you to everyone who supported me,” Marc shared. “Also, my recruits John Dizon and Elysse Menorca did great. With John winning the championship, I feel like a champion as well.” 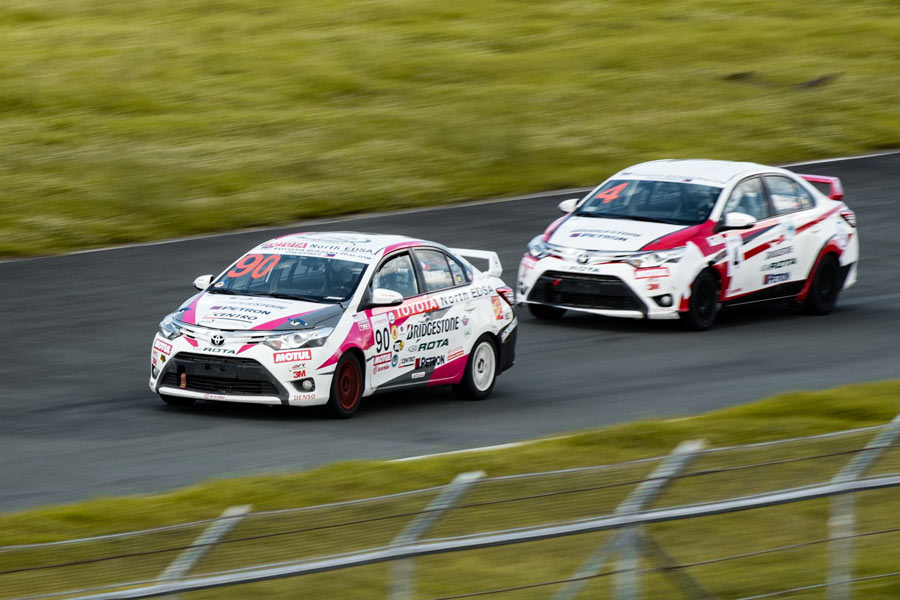 ROTA Promotional Class
Team Obenger’s lone female driver was 2nd in the points standings heading into the finale. But with the competition so tight, Elysse Menorca couldn’t put a foot wrong if she wanted to walk away with the Promotional Class title.

She outpaced more experienced drivers in Race 1 to land 5th spot. Disastrously, the pressure got the better of her on Saturday where she missed a gear at the start of Race 2. Still, Elysse dug deep and showed true spirit and determination to climb from P17 to take the chequered flag in 13th. The Vios Cup rookie then followed this up with another brilliant drive to 6th on Saturday afternoon to cap off the championship 3rd overall.

“It’s my first year in the Vios Cup and my first grid race. It was a great experience. There was a bit of pressure since I was the only Promotional Class driver in the team, so everyone was pushing me to win. Still, I’m so lucky Obengers supported me and gave me this opportunity,” she said. 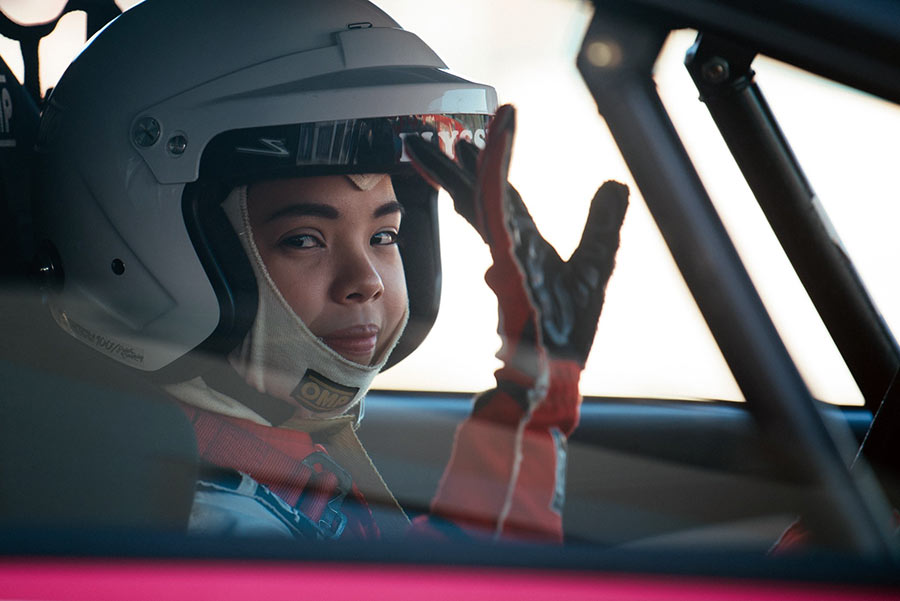 Cosco Oben, Obengers Team Owner: “I am very proud of how our team finished. We won the Sporting Class championship thanks to our youngest driver John Dizon. Congratulations also to our Super Sporting Class driver Keith Haw for bagging 3rd place overall this year. Thank you to all our our team members Coach Roland, Marc, Paulo, Raymon , Robert, Elysse and our hardworking crew. The Obengers has kept its streak of winning podium finishes every season. This will not be possible without the dedication and hard work of the team. Most importantly thank you to our sponsors who are the reason why we able to sustain the team for the past 5 years.” 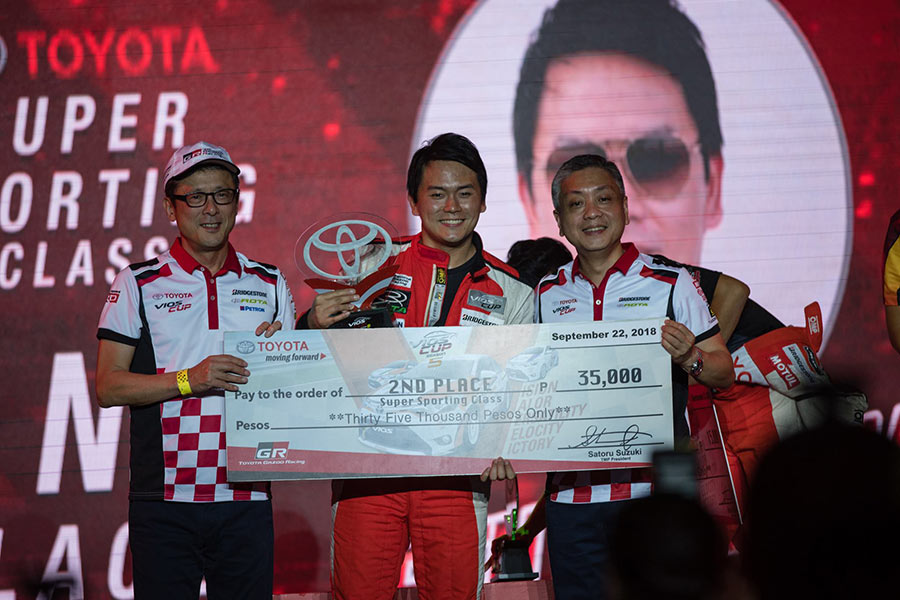 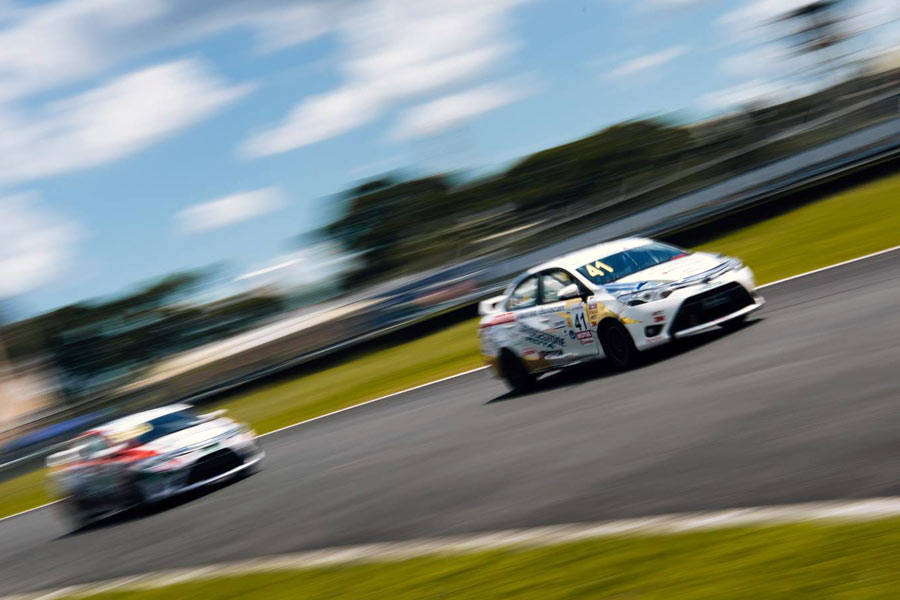 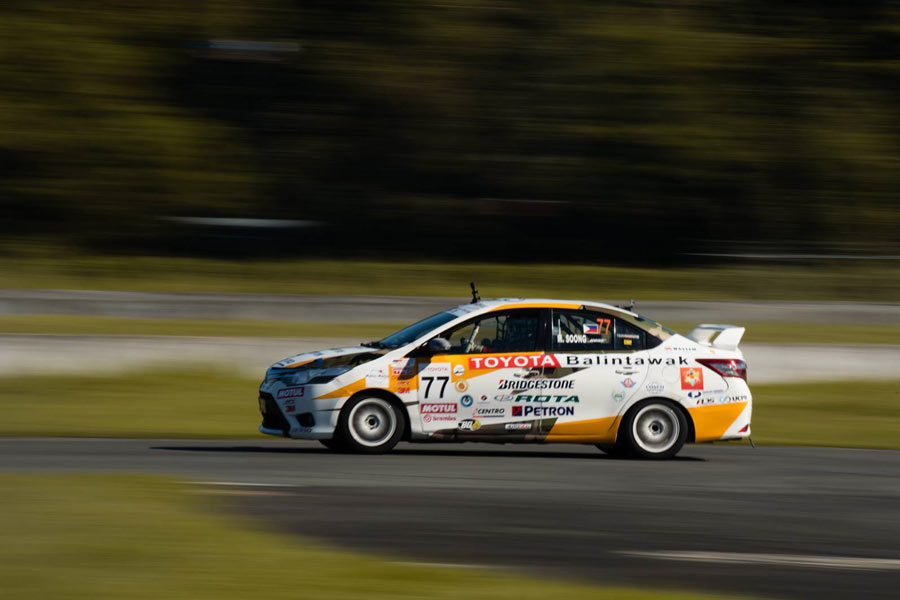