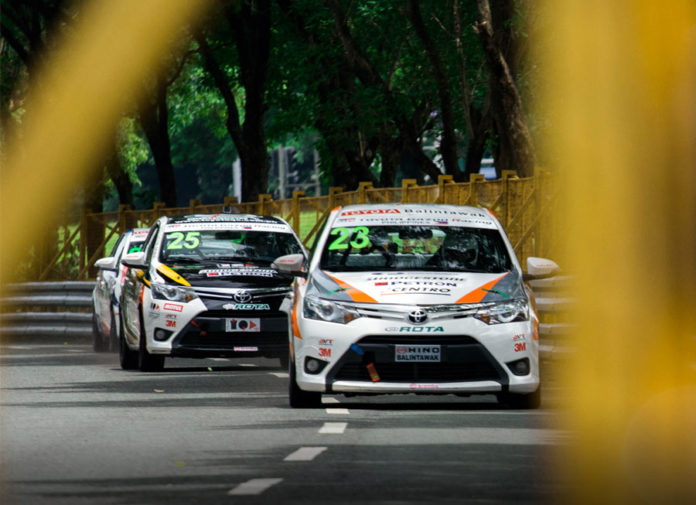 After skipping the venue last year, Team Obengers was delighted when the Toyota Vios Cup returned to the Manila South Circuit in Alabang for the second leg of the 2018 season. Although the 1.74 km street circuit was very unforgiving, the team proved that it had what it takes to score a race win and podium finishes last July 28/29.

The Obengers, however, was a man down. Marc Soong decided to sit through this race to recover from a back injury sustained during the season opener. This left the team’s 7-car lineup to race in their own battles. 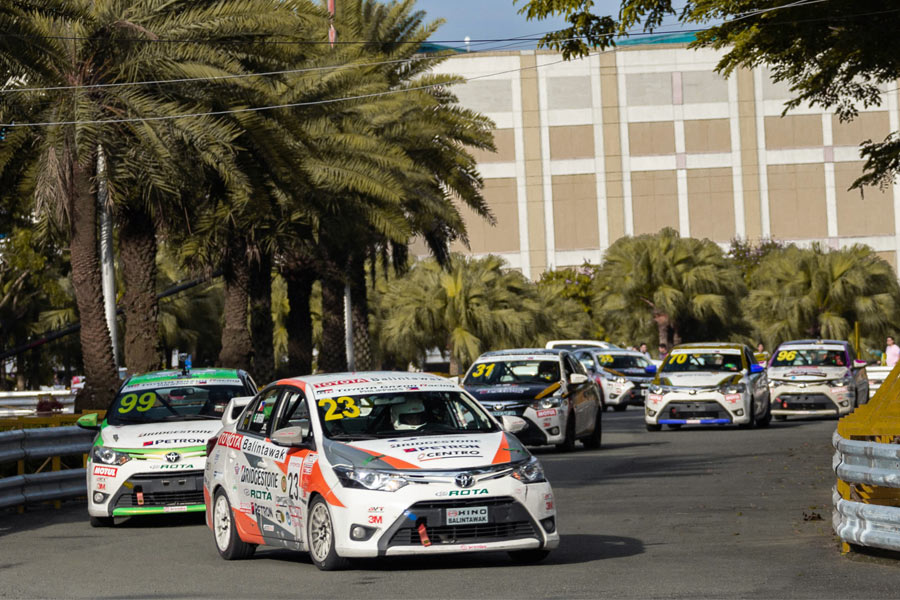 Super Sporting Class
Estefano Rivera was the quickest of the bunch and set the fastest time in qualifying. He defended his position against a hard-charging Dominic Ochoa in Race 1, briefly losing the lead. But Estefano managed to squeeze past on the very last lap to win the race.

“I’m just happy to win on a street race as tough as Alabang,” Estefano commented. “I made a mistake and lost the lead. Thankfully Dominic gave me room when I made my move. We got good points this weekend and that’s what really matters.” 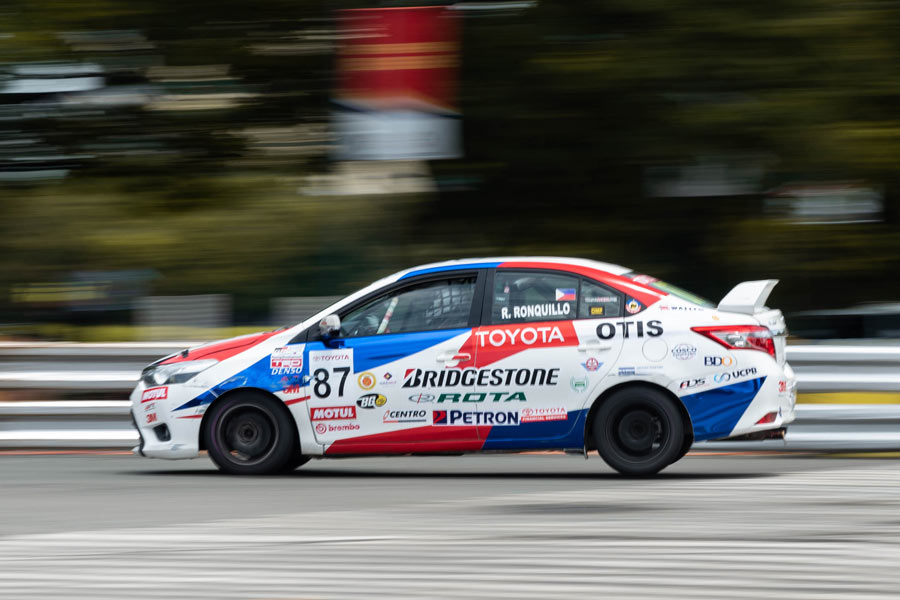 Raymond Ronquillo in the #87 car maintained P3 throughout to land a spot on the podium, while teammate Keith Bryan Haw (KBH) trailed him to the finish line for well-deserved 4th. As for Paulo Agregado, he got stuck in a train of cars and decided to drive a clean race to end in 13th. 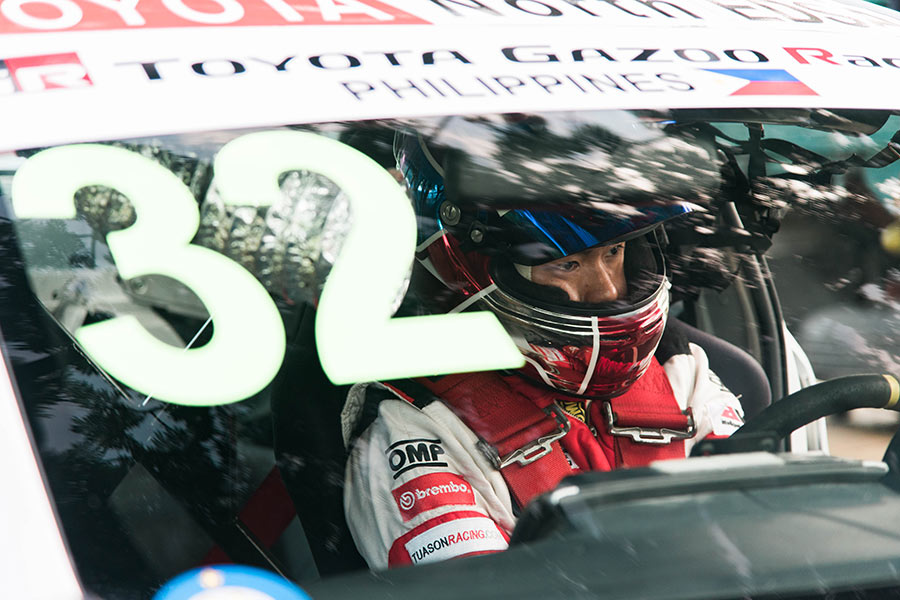 An incident-filled Race 2 saw a spinning car block the race track and force half of the field to a standstill. Raymond and KBH were lucky to escape with no delays and would take the chequered flag in 3rd and 4th spots, respectively. Paulo, on the other hand, saw a small gap on the road and capitalized to leapfrog from P12 to P6. He would later complete the race in 8th, moving up 4 spots. Estefano wasn’t as fortunate, dropping as far back as P9, but put on a heroic drive to regain 6th and earned the ‘Driver of the Day’ award.

KBH’s consistent performance puts him in the championship lead, followed by Estefano in 2nd. 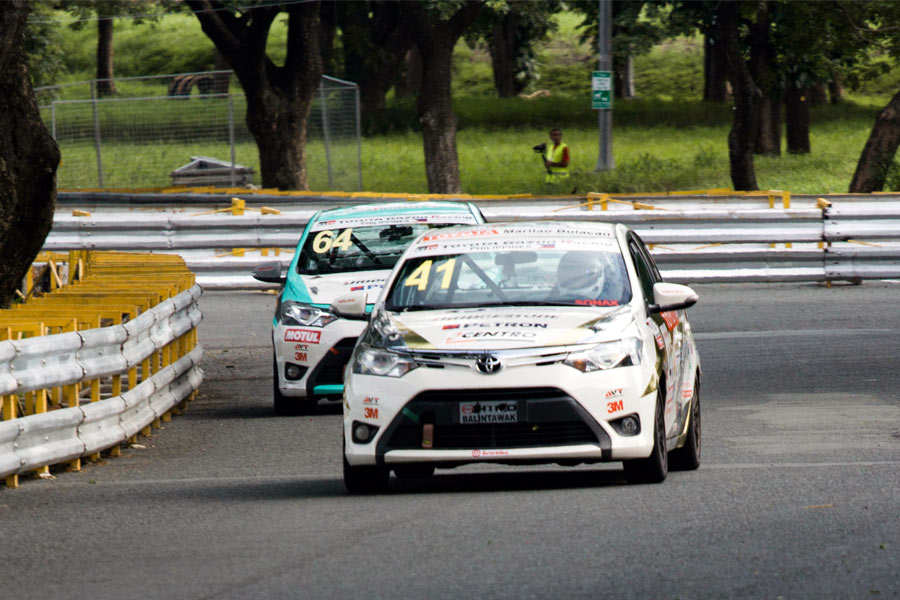 Bridgestone Sporting Class
Karting champion John Dizon admitted that he had difficulty adapting to the tight, slippery, and bumpy circuit. Despite his struggles, John was able to gain 2 spots in Race 1 to collect an impressive 8th place finish.

“It’s hard to feel confident, specially under braking. I tried to drive safe, but fast without taking too many risks and crashing,” he recalled. 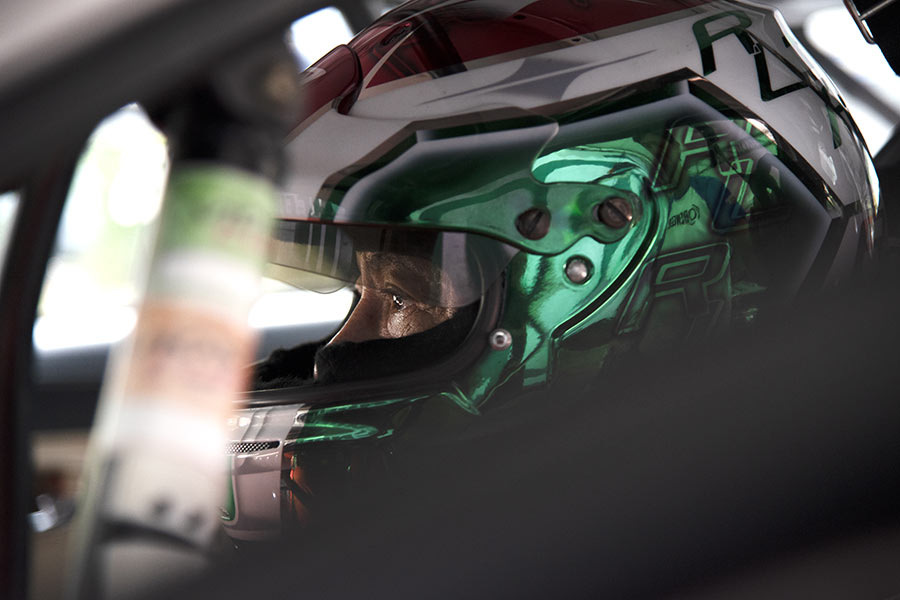 Feeling the pressure from the younger more aggressive drivers, Robert Lilles took a more conservative approach compared to his teammate and cruised to 10th place, preserving the #88 car for the afternoon’s race.

Their hopes for a stronger finish in Race 2, however, were dashed by a lengthy safety car period. John and Robert then got stuck behind traffic and ended the race weekend with a 7th and 9th place finish. 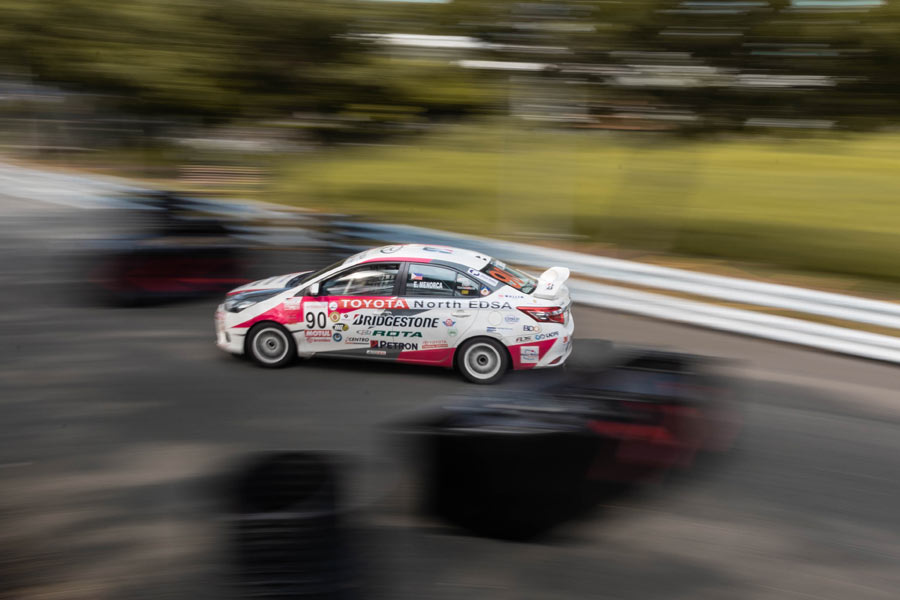 ROTA Promotional Class
Nissan GT Academy finalist and the Obenger’s lone female driver, Elysse Menorca, did particularly well on her very first outing on a street circuit. She drove cleanly in the morning yet still managed to finish 4th in class. Now taking more risks, her efforts in Race 2 would be rewarded with 2nd place after a brave last lap overtake while setting the fastest lap of the race.

“The race was very intense. The roads are really narrow and it’s hard to overtake. This track is also very short with 14 lap sprint races,” said Elysse. “But we got really good results today and we’re very happy about that. Plus, the experience was really fun.”

The rookie is now 2nd overall in the ROTA Promotional Class as the championship heads back to the Clark International Speedway on September 21/22. 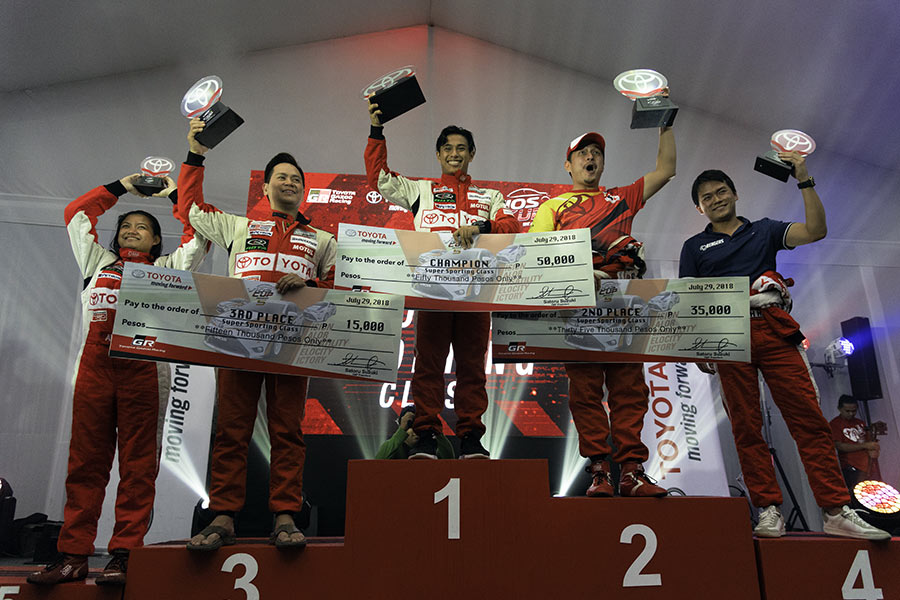 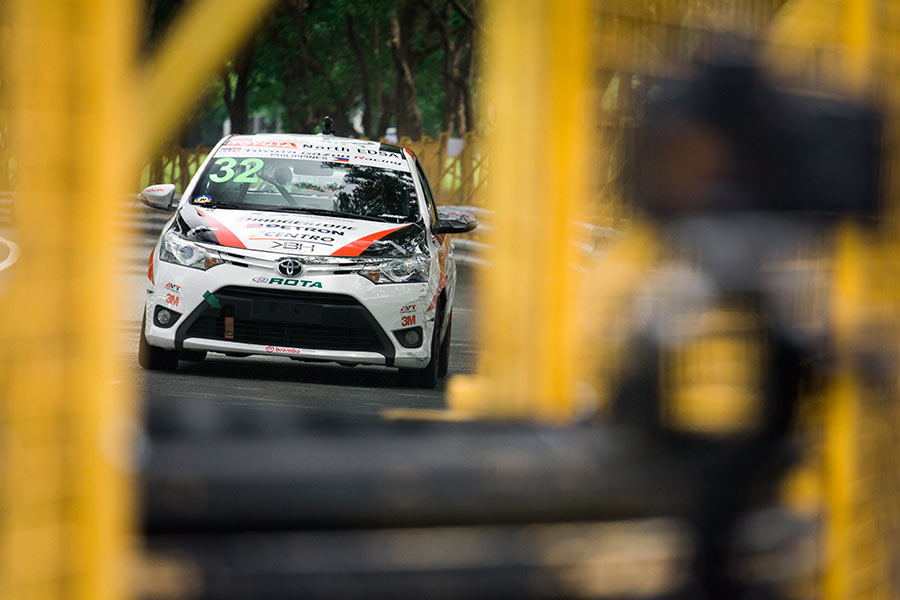 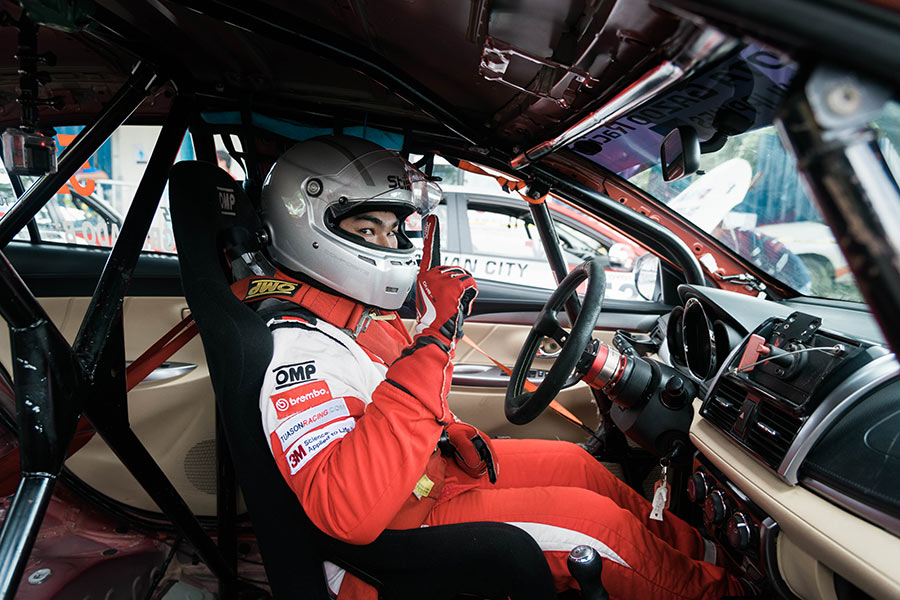 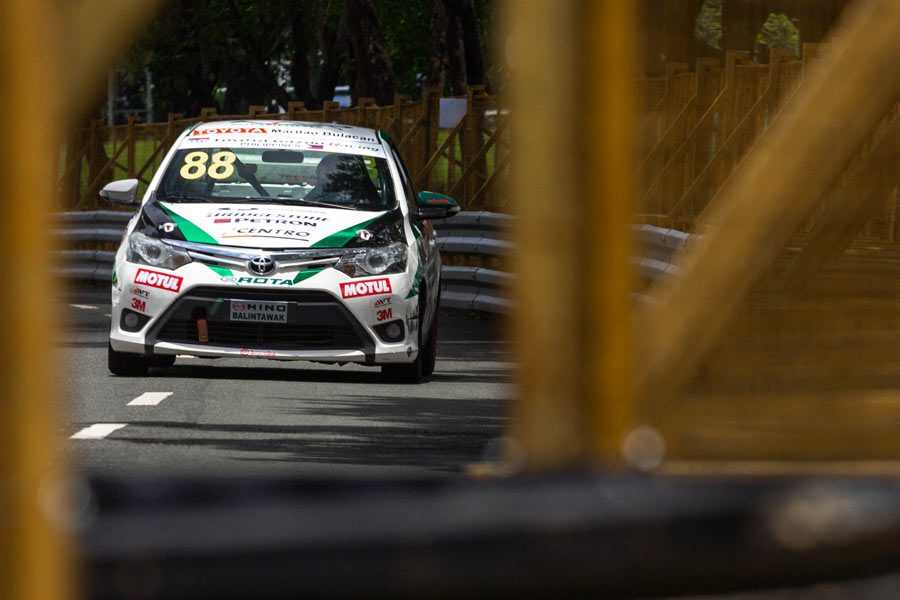