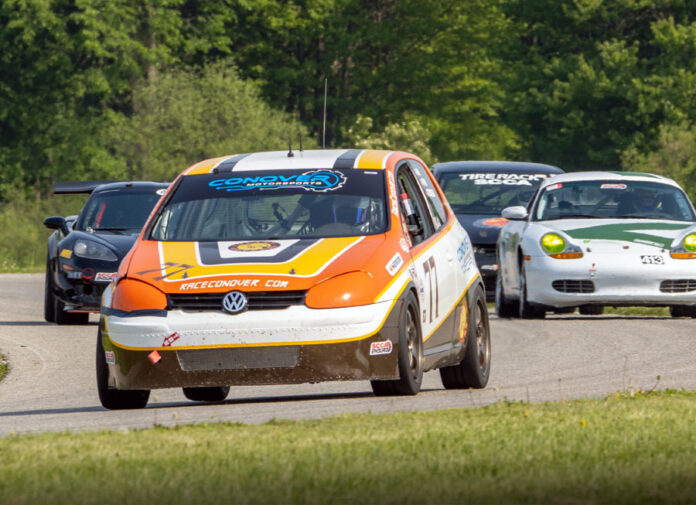 Our friend Ryan Odi has been busy over in the USA. As we found out, the Filipino-American driver and a bunch of his friends recently entered the Sports Car Club of America’s (SCCA) Enduro National Tour when it visited the Nelson Ledges Road Course for its inaugural event. While their race weekend was filled with ups and downs, we’re happy to report that they managed to finish on the podium in a VW Golf Mk5.

The newly formed team consisted of Nathan Pring, Steven Strickland, and Ryan. As none of the drivers has ever driven around the 3.2 km circuit before, they took things a bit easy during Friday Practice. However, no amount of precaution could have prevented their #77 Conover Motorsports entry from leaving the track in tricky conditions at speed. 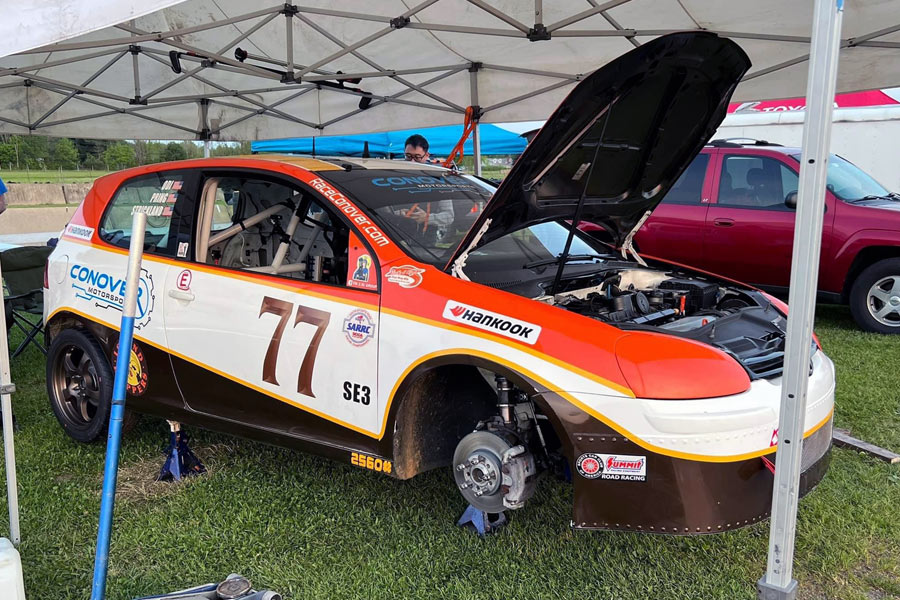 Their Mk5 Golf took a nasty trip to the barriers and required hours to repair. Parts had to be sourced from other teams and even required a quick trip to the nearby junkyard. But despite the track time lost and missing out on Qualifying, what’s important was that the car was repaired in time for Saturday.

At exactly 9 o’clock in the morning, a total of 11 cars took to the start of Race 1 for 8 hours of non-stop racing. The #77 Golf, on the other hand, spent more of those hours in the pits than on track. First it was to replace a problematic gauge cluster that caused the brakes to lock up. The transmission then failed shortly after and needed almost 2 hours to get swapped out. As if that wasn’t enough of a setback, the spare was missing 5th so the team was forced to run it with only 4 gears. 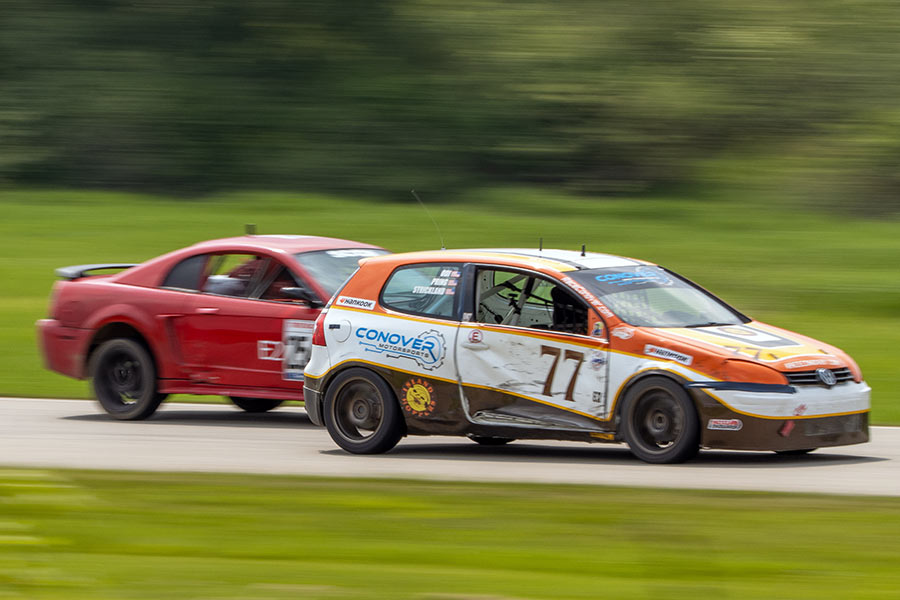 With all the time wasted in the garage, Nathan, Steven, and Ryan would only get to drive 1 stint each. The #77 Conover Motorsports VW Golf also completed just enough laps to be considered a finisher, in 9th place, and 147 laps behind 1st.

Come the next morning, the team put everything behind them for another go at the SCCA Enduro 8 Hours. This time they came back with a fully repaired Mk5 Golf and ready to fight.

The grid was a good mix potent machinery with the likes of Boxters, Covettes, M3s, and Mustangs all fighting for victory. Then there was the Conover Motorsport VW punching way above its weight. Nathan drove first then Steven jumped in next under clear skies. But by the time it was Ryan’s turn it started to rain. While it wasn’t a downpour, going from wet to dry to wet again was tricky. 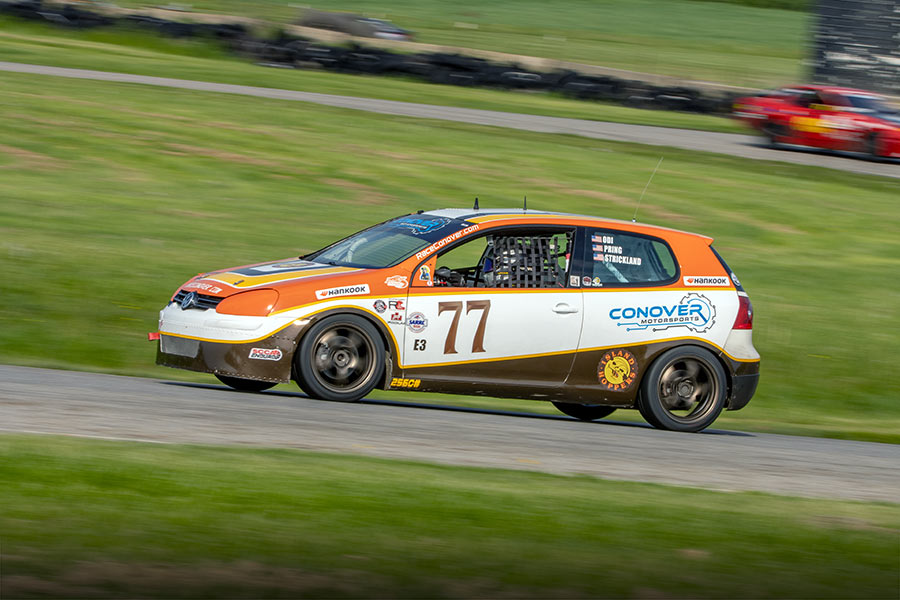 Consistently quick laps, problem free pitstops, and a good strategy courtesy of Crew Chief slash Team Owner Cameron Conover got the #77 car up the rankings. His data also showed that the Mk5 Golf was a bit thirsty, which meant everyone had to conserve fuel – drafting or lifting wherever possible – to make each stint last up to 2 hours long. In the end, everything ran without a hitch and after 8 hour of driving Nathan, Steven, and Ryan would cross the finish line with 320 laps in the bag to take 4th overall and 1st in class. It was just a shame that there was no photo of the podium.

The SCCA Enduro National Tour will be visiting the Virginia International Raceway next in August where Conover Motorsports is expected to return to fight for class victory. It’s still unknown whether Ryan will be part of the team’s lineup next month. 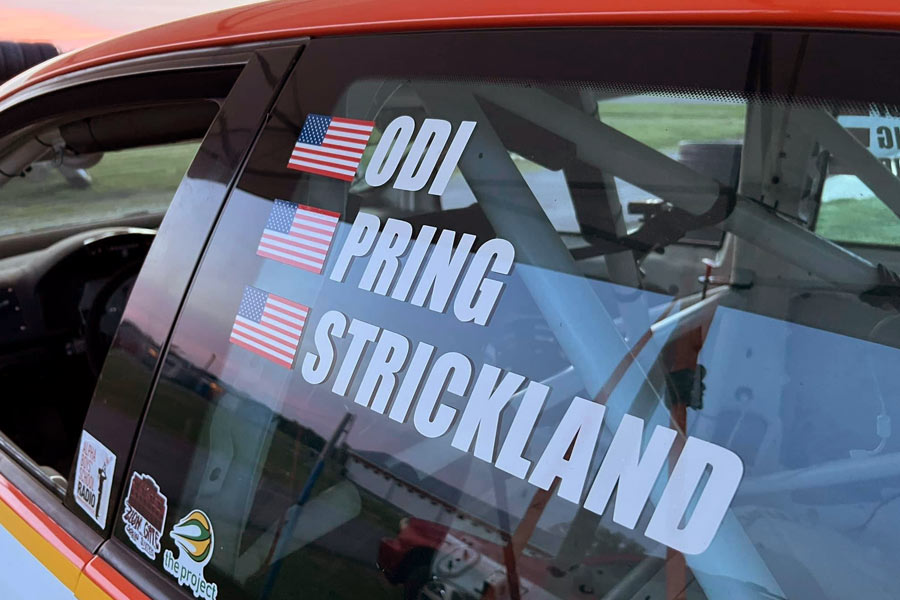 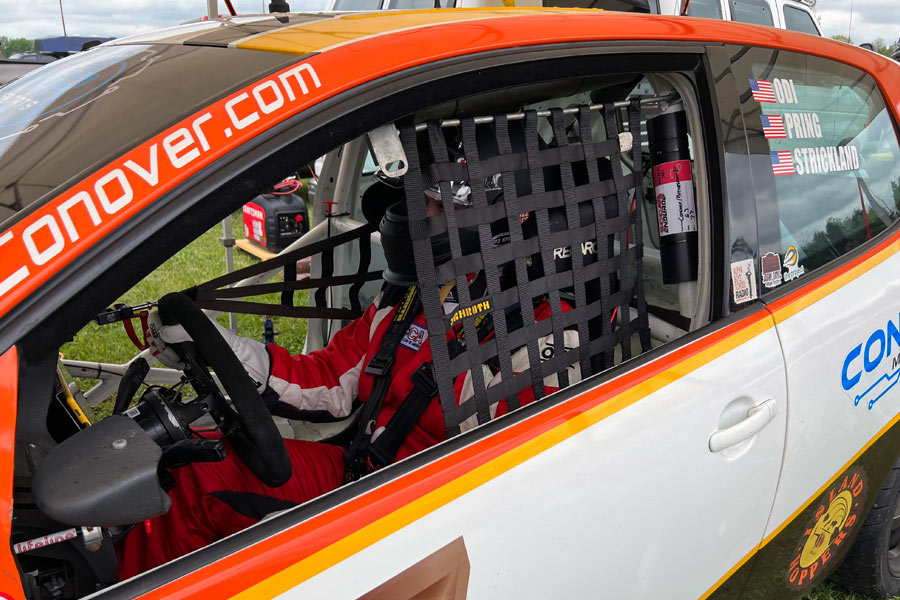