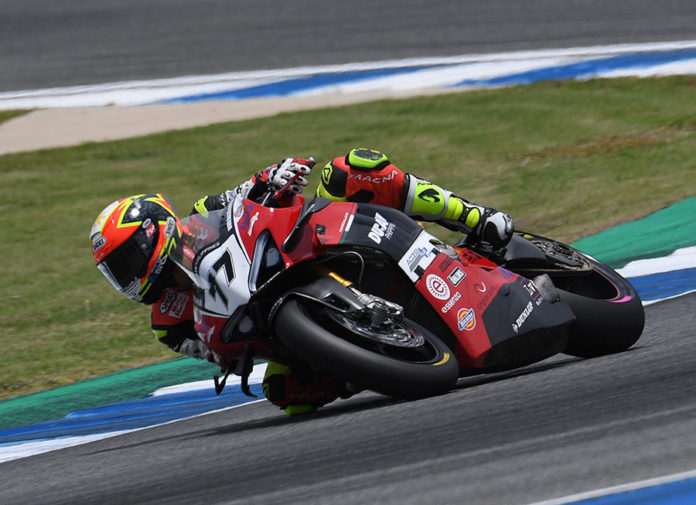 The only Philippine team to enter ASB1000 were in an exceptionally good form during Round 3 of the Asia Road Racing Championship (ARRC). Access Plus Racing-Ducati Philippines-Essenza riders Timothy Joseph “TJ” Alberto and Jonathan Serrapica managed to close the gap to front with their Panigale V4Rs and score top 10 positions at the Buriram International Circuit in Thailand.

Lessons learned over the 2019 season allowed them to slash seconds off their times with Alberto setting a 1:37.793 lap in Qualifying to put him P10 on the grid. Serrapica, on the other hand, would start from P12 just behind his teammate. 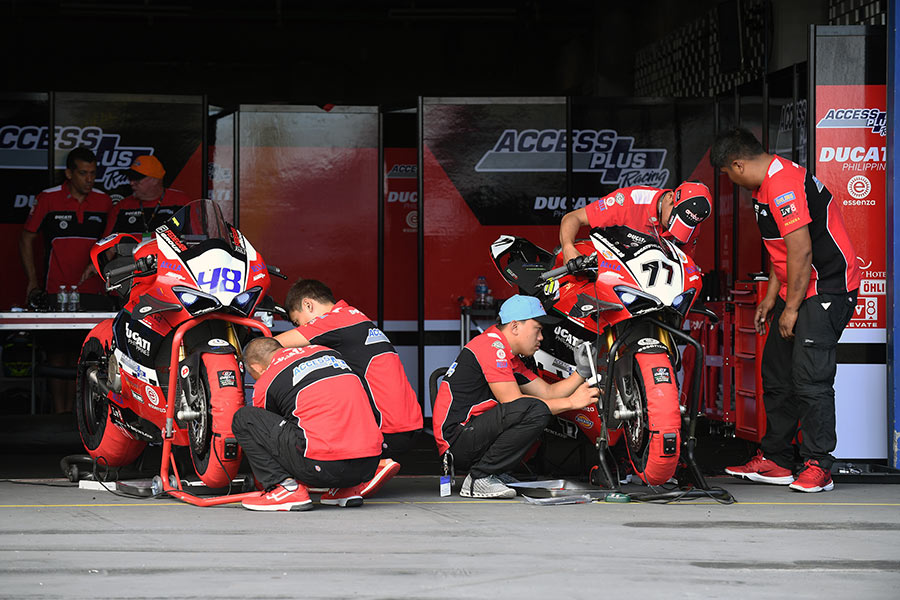 Race 1 got underway under dark skies with a light drizzle falling on parts of the 4.554 km circuit. It was of little concern to Alberto who enjoyed a clean start and held onto P10. A few laps in, an opportunity opened up which moved the Filipino rider into P9. He then nursed a slight vibration issue on his #77 machine to take the chequered flag in a strong 9th. His teammate Serrapica also did well to maintain position throughout the 13-lap race and bring home a point-scoring 12th place.

Both riders carried this momentum into Race 2 on Sunday. With clear weather, Alberto and Serrapica challenged for position in the opening laps with the Italian-Swiss rider momentarily moving up to P11 just behind his teammate. The field eventually spread out as the race progressed yet Alberto still pushed hard to bring his lap times down. He crossed the finish line to earn the team 10th place while setting his second quickest lap of the weekend. Meanwhile, a flawless ride from Serrapica would see him take another remarkable 12th place. 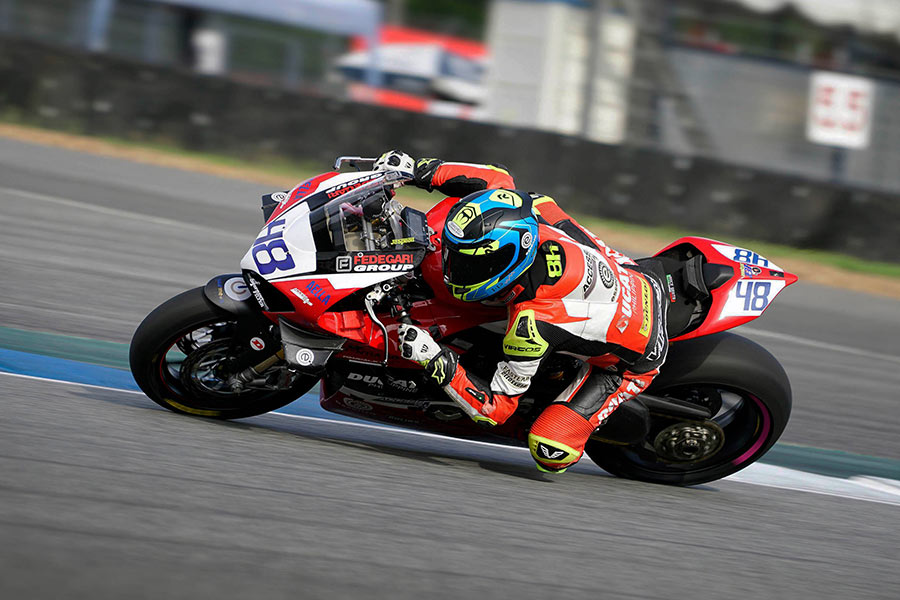 Access Plus Racing-Ducati Philippines-Essenza’s results in Thailand maintains TJ Alberto’s 10th spot in the championship with Jonathan Serrapica in 12th. The team only has a few weeks until the ARRC stages its 4th round at the famed Suzuka Circuit in Japan on June 28/30.

TJ Alberto, #77 Ducati: “This was the best weekend for us so far this season. We are new to the championship and we’ve been able to slash two seconds from our gap to the front runners. That’s a huge improvement and we will continue to work hard to be ready for the next race at Suzuka, Japan. I can’t wait to take on one of the most legendary tracks on the ARRC calendar.”

Jonathan Serrapica, #48 Ducati: “We performed really well in Thailand and is the most enjoyable weekend we’ve ever had. Our Panigale V4R ran flawlessly and we saw big improvements in every session. I feel very positive and have gotten faster with each each, so there’s nowhere to go but up. The next round at Suzuka might be tricky as I’ve never ridden there before, but it will be a good chance for me to further improve my riding style and be as competitive as possible.”

Toti Alberto, Team Principal: “If there was ever an indication that our progress is steadily going up, this race weekend would be it. We’re now closer to the riders in front and ready the fight better than ever before. Getting such new bikes in such a short time was a challenge, but I believe that we now just have to make small adjustments to deliver great results” 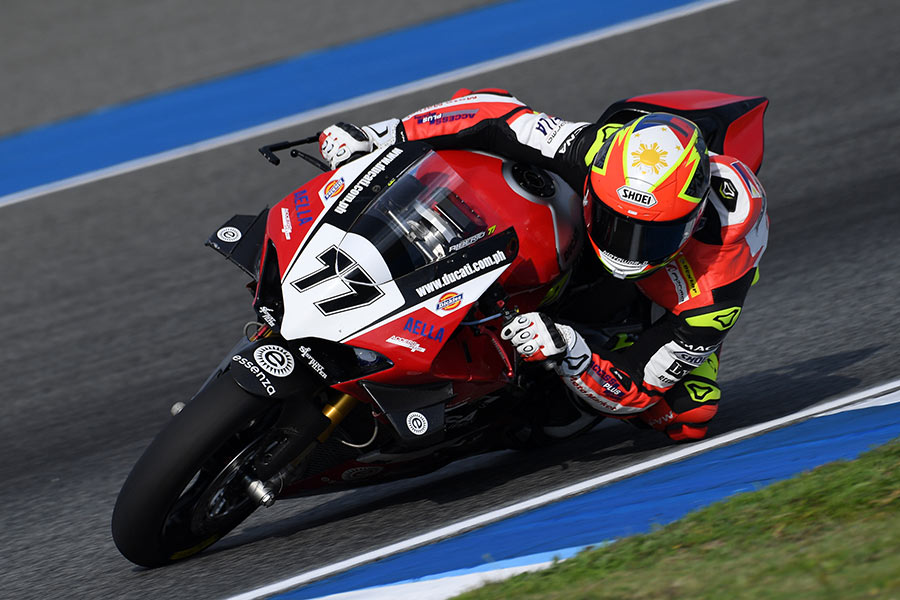