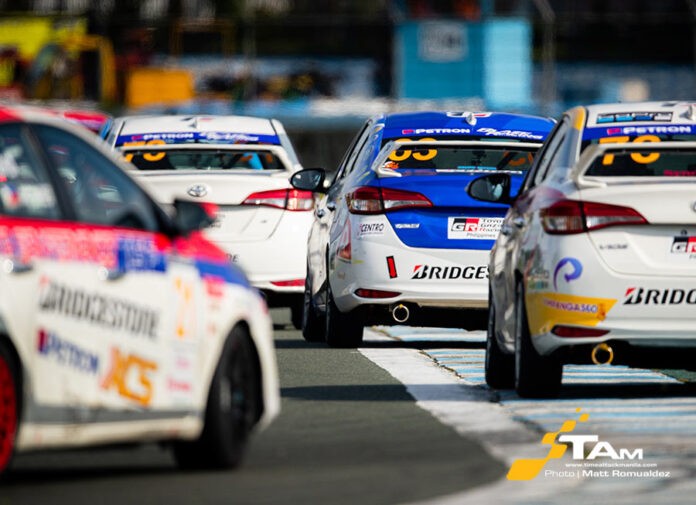 A total of 25 drivers showed up at the Toyota Gazoo Racing (TGR) Vios Cup season opener in July. There were 7 in the top-tier Super Sporting Class, 8 in the Sporting Class, and finally 10 in the Promotional Class for rookies that provided plenty of action around the Clark International Speedway (CIS). The race weekend would produce no less than 7 different winners across the 3 categories, which paves the way for yet another exciting championship battle in 2022.

Gerard Loy of R Racing is the only non-Obengers driver to make it into the Top 3. His spectacular drive to win in Race 2 earned him enough points to slot into 3rd in the standings.

There’s really only one name that stood out in the Sporting Class. Joaquin ‘Wakkeen’ Garrido also of Obengers Racing won 2 of the races and plus a 3rd place finish to boot. He now has a 14 point advantage over Jiro Garbes of JBT Racing who finished 2nd to Wakkeen. Royce Sarmiento of RMS Cars Racing is 3rd in the points, but what’s really interesting is how Darrel Garbes, Maila Alivia, and Troy Montero are all tied in 4th.

Ian Rosales of Toyota Team Cebu (TTC) managed to finish on the podium in all 3 races, taking 2nd, 1st, and 3rd respectively, to lead in the Promotional Class. But he has tough competition behind him with teammate Alan Palacios, Alzona Racing driver Alain Alzona, and Obengers Racing entry Julia Delos Angeles all tied for 2nd in the points. 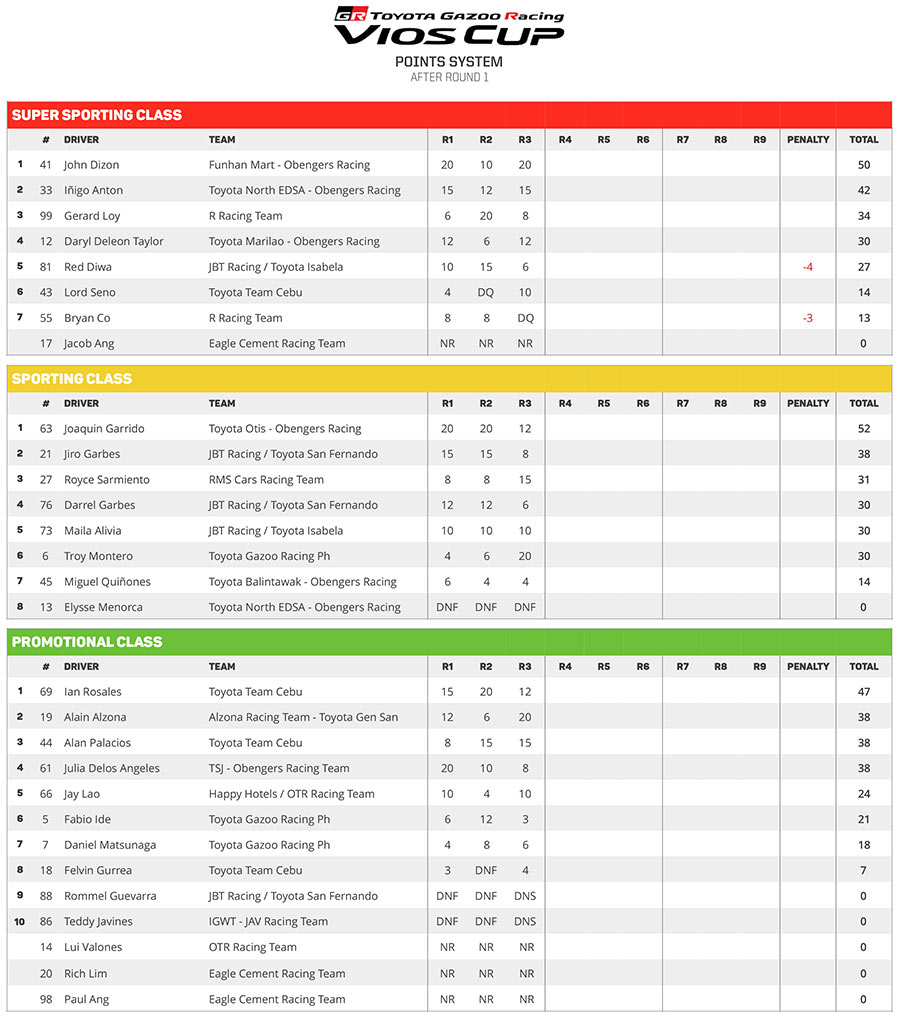 It’s going to be a short 1-month break ’til the TGR Vios Cup resumes on the 19th/20th of August. No less than 4 drivers are also expected to be added to the entry list for Round 2 of the 2022 season.

The Toyota Gazoo Racing Vios Cup is organized in cooperation with Bridgestone and Petron, and is supported by Brembo, Denso, OMP, Tuason Racing, AVT, 3M, ROTA, myTOYOTA Wallet, and Kinto One.