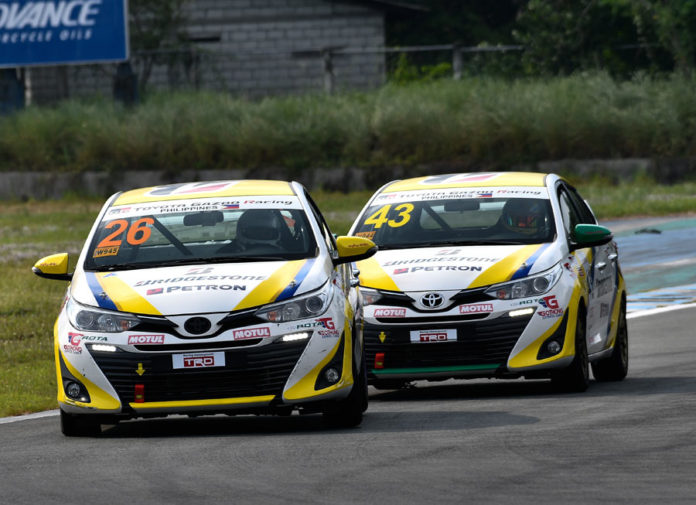 Coming from a long off season break, defending team champion Toyota Team Cebu (TTC) was back in the hunt during the Vios Circuit Championship’s opening round last June 7/8. Between its 2 drivers, they would earn 1 race win and 2 podium finishes at the Clark International Speedway (CIS) scoring key points in the title race.

Sporting Class
Lord Seno, who’s running in the top Sporting Class, admitted that it took TTC a few sessions to properly setup the gen 2 Vios One Make Race (OMR) cars. The squad only took delivery of the new 2019-spec machine days before the start of the season and had limited practice before the race weekend. 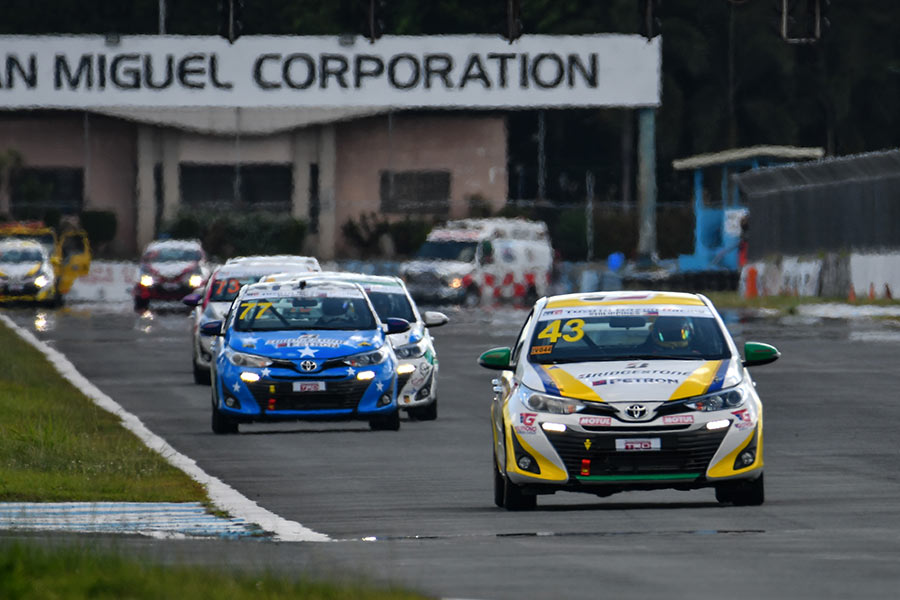 This was evident in Qualifying where Seno’s fastest time was 4.752 secs behind the pole sitter. Still, the veteran driver used his experience to move up 2 places at the start of Race 1 and cleanly slotted into P5. He was also able to slash 2.621 secs off his lap time and successfully defended his position until the chequered flag dropped to finish 5th.

Seno later found himself in a 4-way-battle for the lead in Race 2. TTC’s team captain held onto P2 for a good few laps, but struggled on CIS’ long straightaways and fell behind. In the closing stages of the race, he crawled his way back up the standings to finish 3rd and secure a podium finish for the team.

Things eventually came together in Race 3. Starting from the second row of the grid, Seno bolted off the line and made a break for the lead and never looked back. He was unchallenged throughout the 12-lap race to earn Toyota Team Cebu’s first race win of 2019. 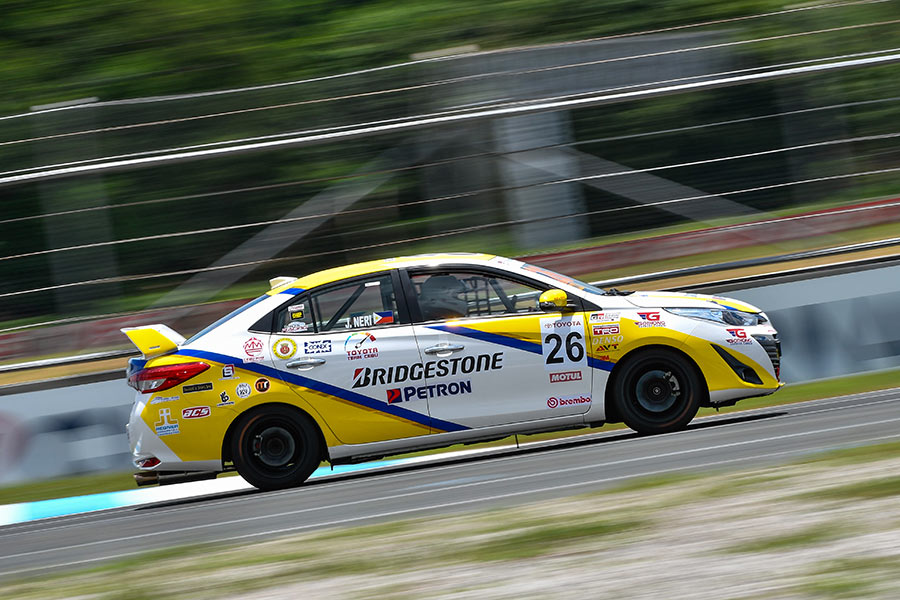 Promotional Class
As for TTC’s newest and youngest member, Julian Neri showed a lot of promise on his Vios one-make-series debut. Qualifying in P6, he put in a lot of effort in Race 1 and immediately fought for position in the Promotional Class. It was just unfortunate that the stewards handed him a time penalty for exceeding tracks limits, which dropped him a spot to 7th place.

This slight misstep, however, didn’t hold him back in Race 2. A lighting quick start allowed Neri to shoot up from the back of the grid all the way to a top 3 position. The 18-year-old driver every chance to overtake and moved into 2nd place on the penultimate lap, scoring a podium on his maiden Vios Circuit Championship outing.

The reigning First Step Racing Cup (FSRC) champion replicated his performance with an impressive run on the final race of the weekend. He virtually lead the Promotional Class from start-to-finish and kept his competitors at bay. Sadly, TTC’s celebrations was cut short after Neri was slapped with a costly penalty for a jump start and ended up 7th.

Despite the mixed results, Neri is keeping a positive outlook for the rest of the season and is determined to chase after race wins. 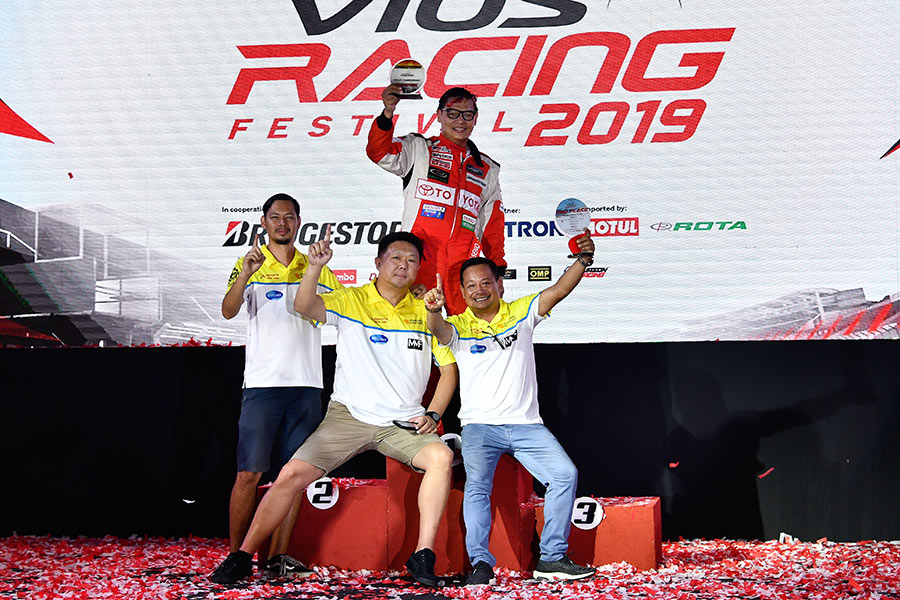 Toyota Team Cebu has about 3 months to prepare for the second leg of the Vios Circuit Championship this August 30/31. By then Clive ‘Dr. Speed’ Fermin is expected to join the team’s roster in the Sporting Class and beef up TTC’s lineup. 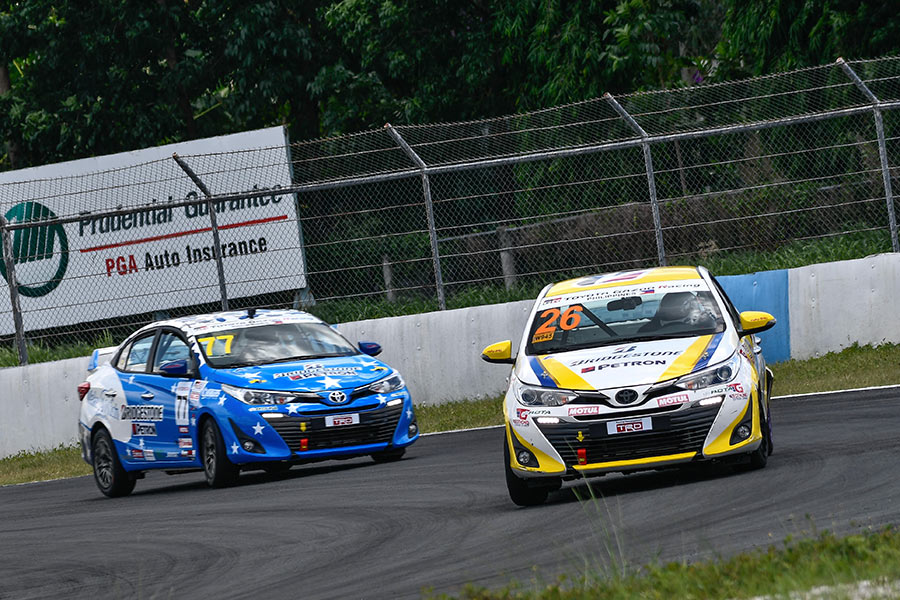 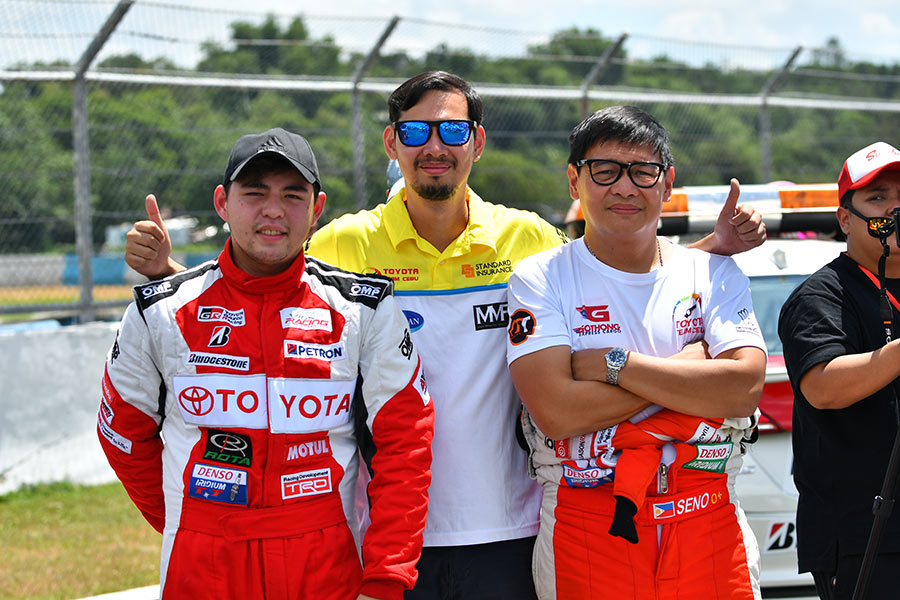