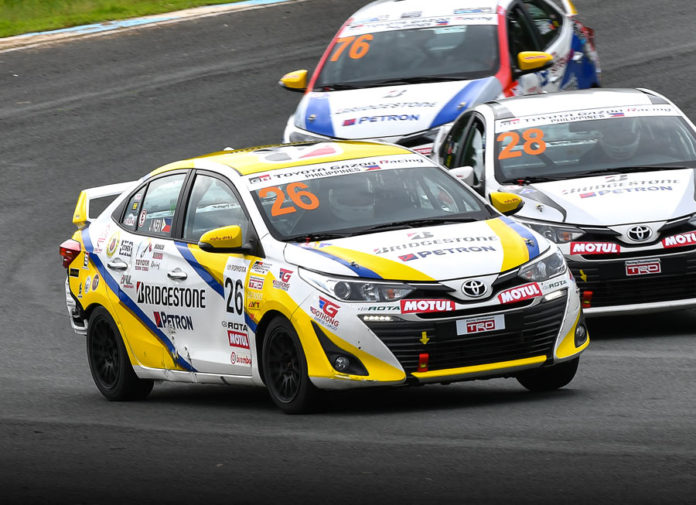 Mixed weather conditions yielded Toyota Team Cebu (TTC) somewhat mixed results during the Vios Circuit Championship’s second event of 2019 at the Clark International Speedway (CIS). Now with an expanded 3-driver lineup, they maintained their strong form and delivered 4 podium finishes. But regrettably, a few costly errors robbed the team of what could have easily been race wins last August 30/31.

Sporting Class
The reigning Promotional Class champion Clive Fermin finally made his debut with the new gen. 2 Vios One Make Race (OMR) car after missing the curtain raiser in June. And what a debut it was. Despite the lack in seat time, ‘Dr. Speed’ was 6th fastest in Qualifying, which he then converted into a 5th place finish on Friday afternoon.

A slow start, however, dropped him several places in both Saturday races. Undeterred, he managed to lug the #50 Vios OMR back up to 3rd place at the finish line twice for Races 5 and 6, which he humbly attributes to pure luck.

On the contrary, it was a race to forget for Lord Seno. TTC’s Team Captain jokingly said that he spent the entire weekend shedding the success ballast he gained from the previous round. Still, he did respectably well to deliver 6th in Race 4 and improved with 5th in Race 5. While he had hoped to bounce back in a rain-hit Race 6, a misstep on lap 3 saw the #43 Vios bounce off the wall and sadly, straight into a DNF. 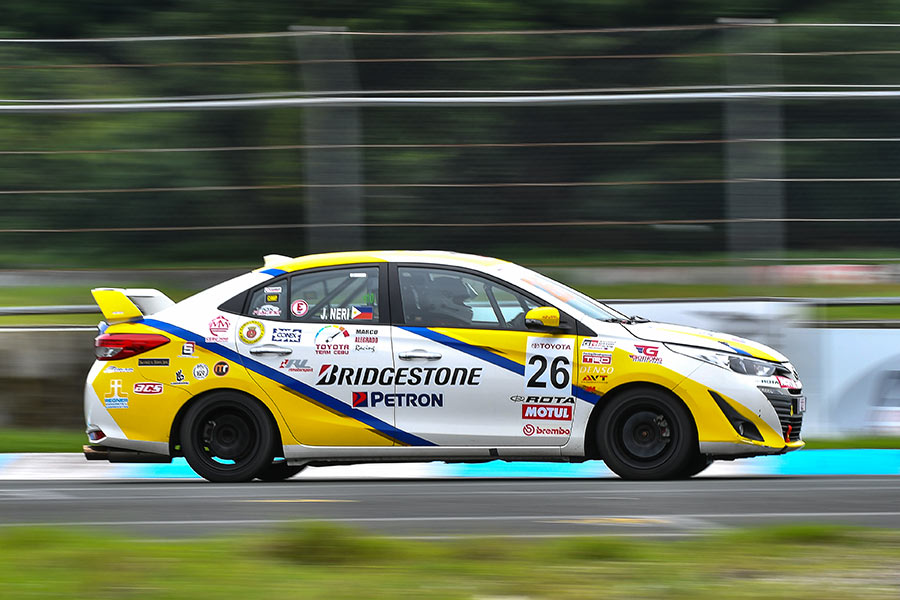 Promotional Class
TTC’s youngest driver, Julian Neri, also wasn’t spared from his own share of misfortunes. In Race 4, he rocketed from P13 on the grid to cross the line 6th on the road and 1st in class. Regrettably, the stewards saw his racing incident differently and earned him a penalty that dropped him to 2nd.

This slight setback had very little effect on Julian and probably fired him up even more. Another lighting quick start in Race 5 shot #26 machine into an early lead. He then spent the next 12 laps fighting for position to claim another class podium in 2nd.

Race 6 was a repeat, except this time Julian made a lunge for P1 in the wet conditions before the track was put under full course yellow. The entire field would later cross the finish line behind the Safety Car to earn the TTC rookie his first win, or so he thought. But due to a team miscalculation, Julian failed the post-race inspection and was unfortunately excluded from the final race of the weekend. 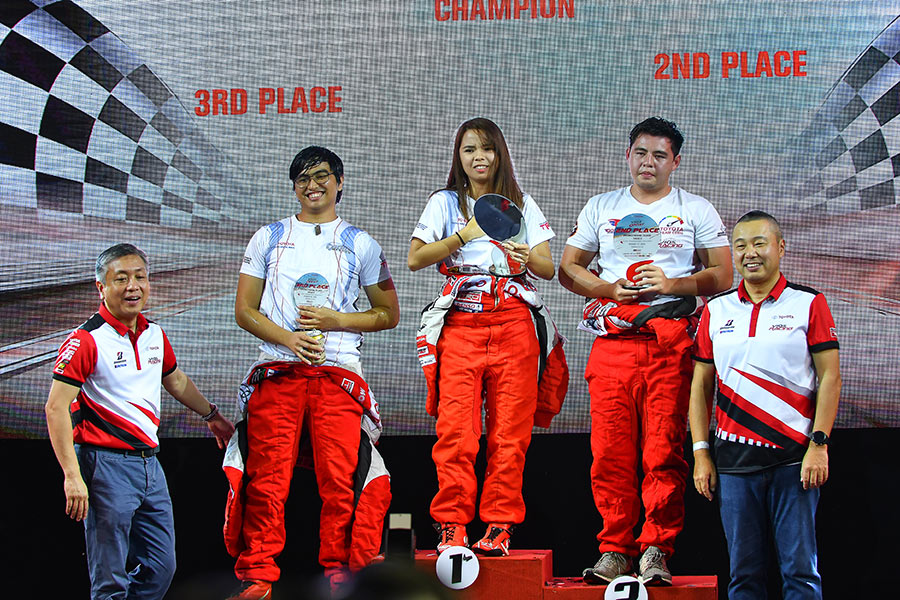 There’s going to be another long 3 month wait until the Vios Circuit Championship resumes, this time for the season finale on November 8/9 again at the Clark International Speedway (CIS). Toyota Team Cebu will be in full force, with a possible fourth entry, as they attempt to retain the team championship.

John Velasco, Toyota Team Cebu Team Manager: “I’m totally impressed with Julian’s performance. Despite being in the Promotional Class, our young driver went toe-to-toe with the Sporting Class. I think he can further contribute to the team’s points in the final 3 races. Also happy to have Clive back in the team. I’m not surprised that he was on top of his game in his first race in 2019. Lord, on the other hand, I think was just shedding his success ballast in preparation for the final round. But that spin out was not planned. Overall, we’re still on course to fight for the overall team championship. Just hoping that there will be more transparency in scrutineering to dispel doubts and help improve the races.” 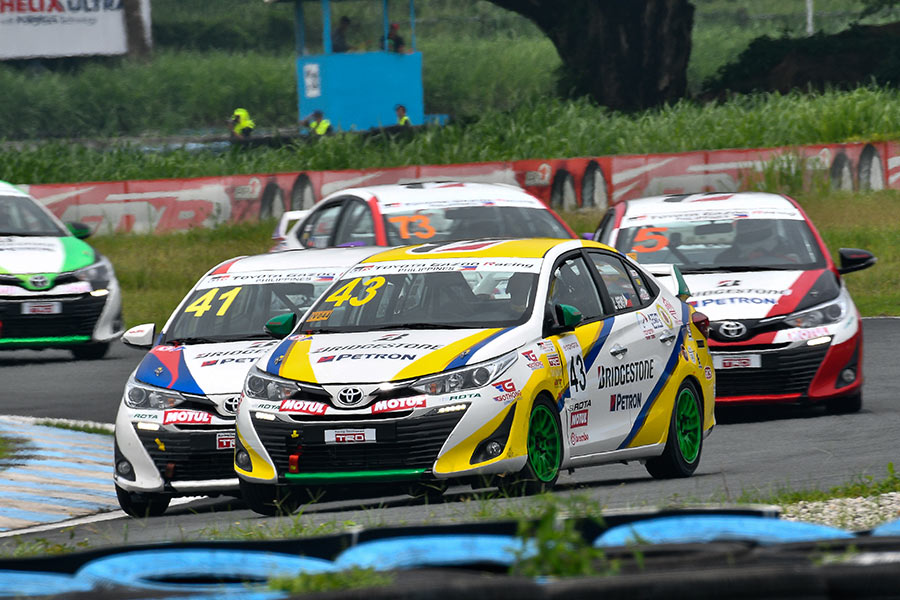 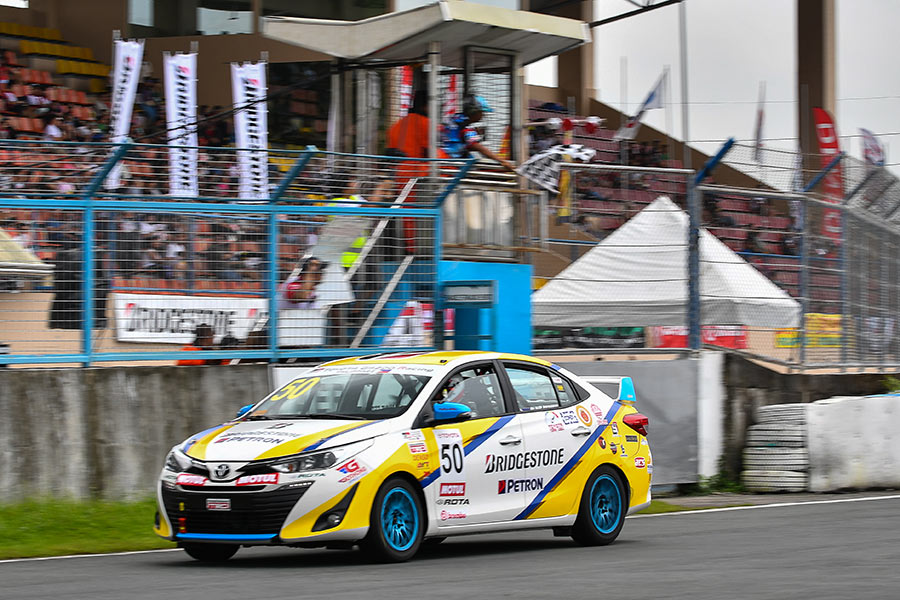