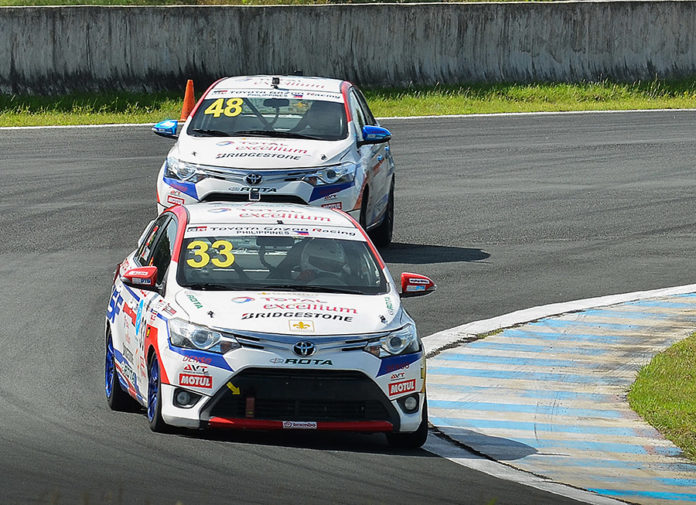 The 2017 Vios Cup was a season to remember for Toyota San Fernando (TSF). Their strong 5 car lineup collected 1 win and 4 podium finishes over 3 events, giving them a good shot at the title heading to the finale last November 24/25.

All of the team’s hopes rested on Ton Ramos who sat 3rd in the Bridgestone Sporting Class standings. He was only 28 points away from the leader and with double points up for grabs at the Clark International Speedway (CIS), it only took a 2nd and 3rd place finish for him to secure 2nd in the championship for TSF.

This was a fitting way for Ton to conclude his Vios Cup career, choosing to take a break in 2018. Likewise, Steve Bicknell announced his retirement from motorsports after 4 fruitful years racing with TSF. 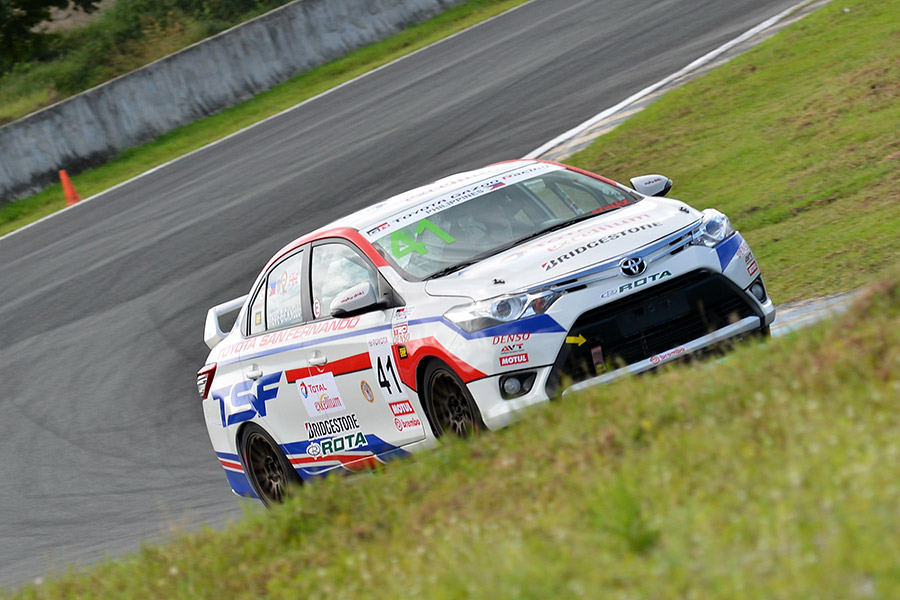 Total Excellium Super Sporting Class
Steve Bicknell was back in the #41 machine after sitting out the previous event. As always, his goal was to race, have good wheel-to-wheel racing, and enjoy the weekend. He ended the day in 10th and 9th places, happily with very little damage to his car.

“Getting a little old. That’s my last race in the Vios Cup after 4 seasons and I enjoyed every bit of it specially the street circuits,” he said. “I’m not selling the car. I’d like to find a Filipino driver who can get support, run it, and hopefully become successful. It’s time to pass the knowledge on to someone younger who needs help to get into motorsports.” 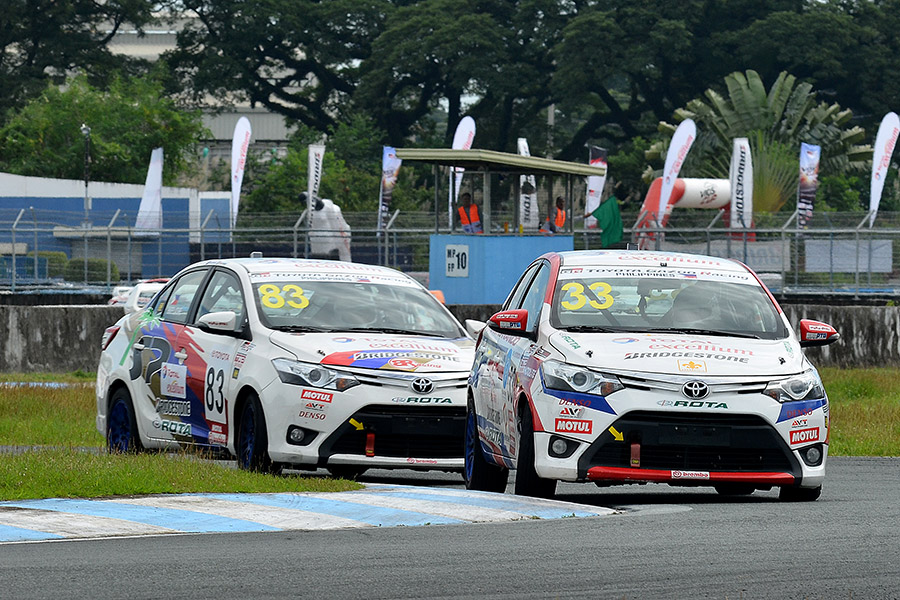 Bridgestone Sporting Class
A pole position start improved Ton Ramos’ chances at a good finish in Race 1. However, he lost several places on the opening lap after being hit by another car. With 11 laps still to go, Ton fought his way back to a podium position and crossed the finish line in 3rd.

His title chase resumed in Race 2. Starting P4 on the grid, he climbed up to P2 and challenged for the lead. But instead of risking his chances, Ton chose to maintain 2nd spot ’til the chequered flag dropped, earning him 2nd place in the Bridgestone Sporting Class title for TSF.

“I learned so much in my 4 years in the Vios Cup to become a better driver. And I think it’s now time for me to take on a bigger challenge. Before that, I’d like to take a quick break and focus more on the family,” commented Ton.

His teammate Oliver Matias wasn’t as fortunate. Suffering from mechanical issues, he could only manage 13th in the morning and suffering a DNS in the afternoon. 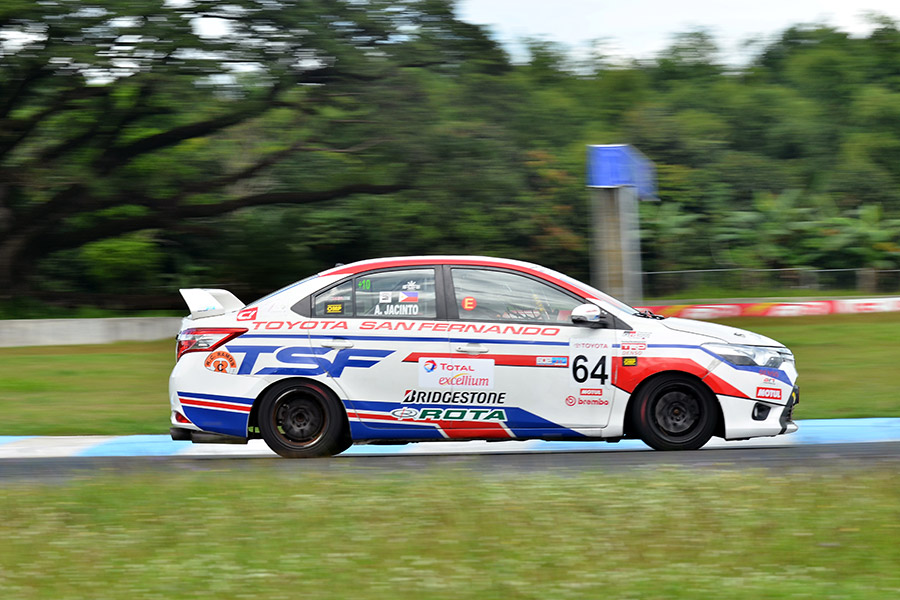 ROTA Promotional Class
Like Ton, Arbie Jacinto could also take the ROTA Promotional Class championship with a perfect weekend. But health issues prevented him from a getting a good run in qualifying and started in P10. He was able to work his way up to P5 in Race 1 ’til a competitor rammed into his #64 machine and spun him out. Arbie would eventually rejoin to finish down in 15th.

Things sadly didn’t improve in Race 2. While running in P9, a rejoining car suddenly crossed into his path and the 2 collided. Although Arbie escaped without serious injury, a DNF wasn’t the ideal end to his season. 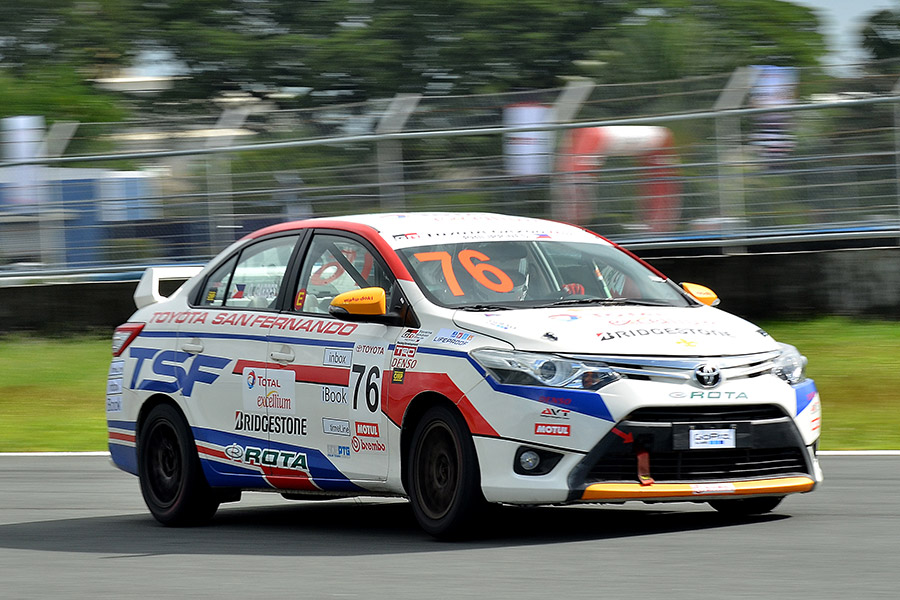 As for Darrel Garbes, he made good progress in Race 1 by moving up several places from P11 to P5 on the first lap, getting as high as P3. It was unfortunate that he got involved in multi-car incident and could only salvage 10th place. He completed Race 2 in P10, but was dropped to 11th due to a penalty. 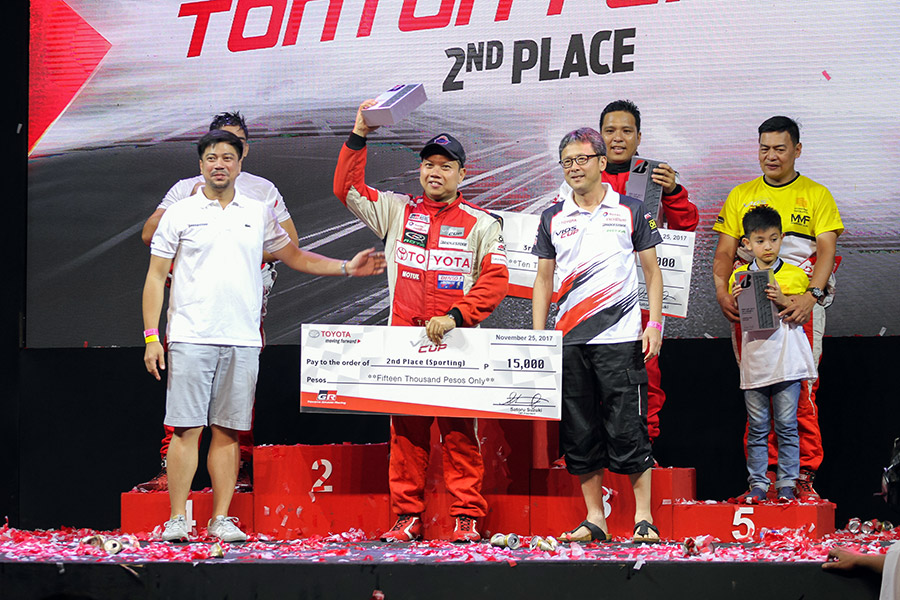 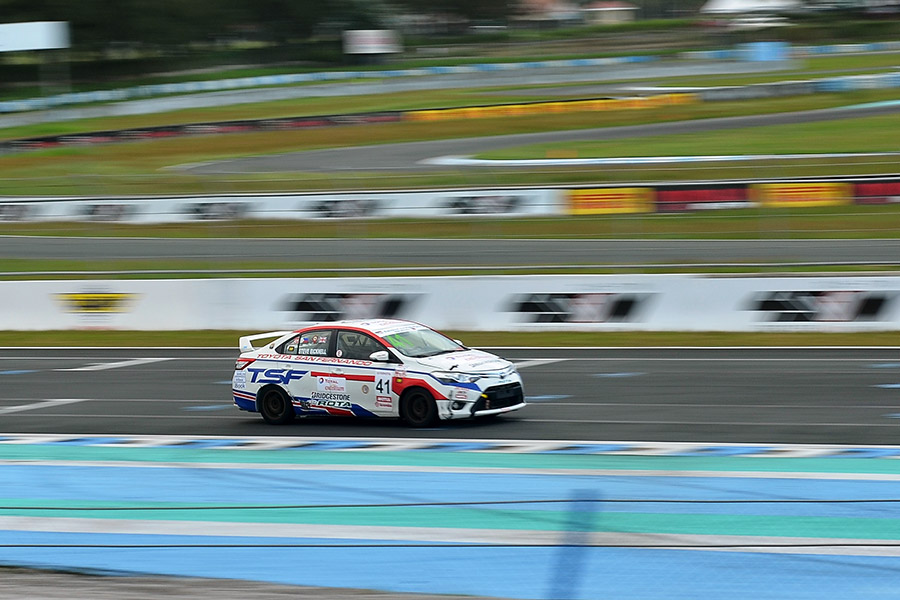 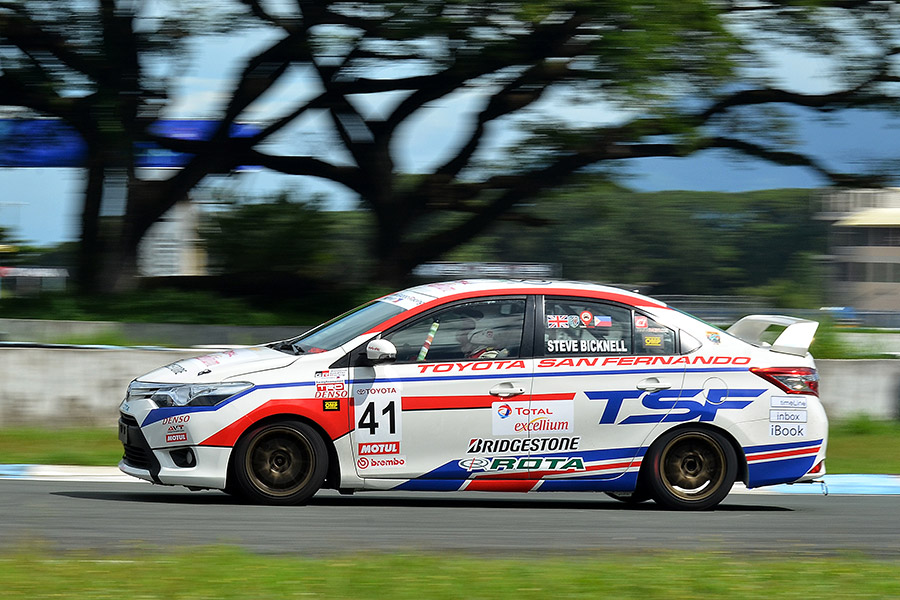 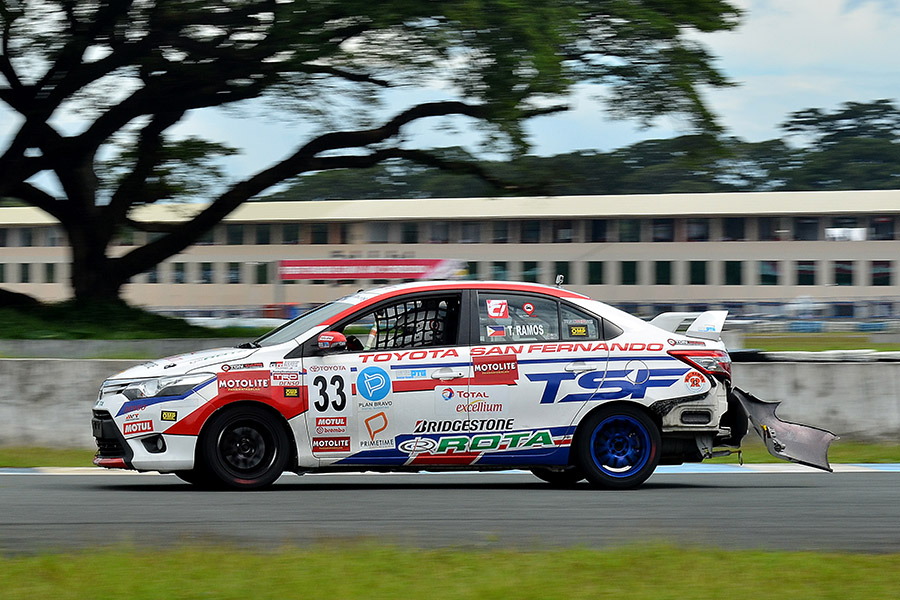 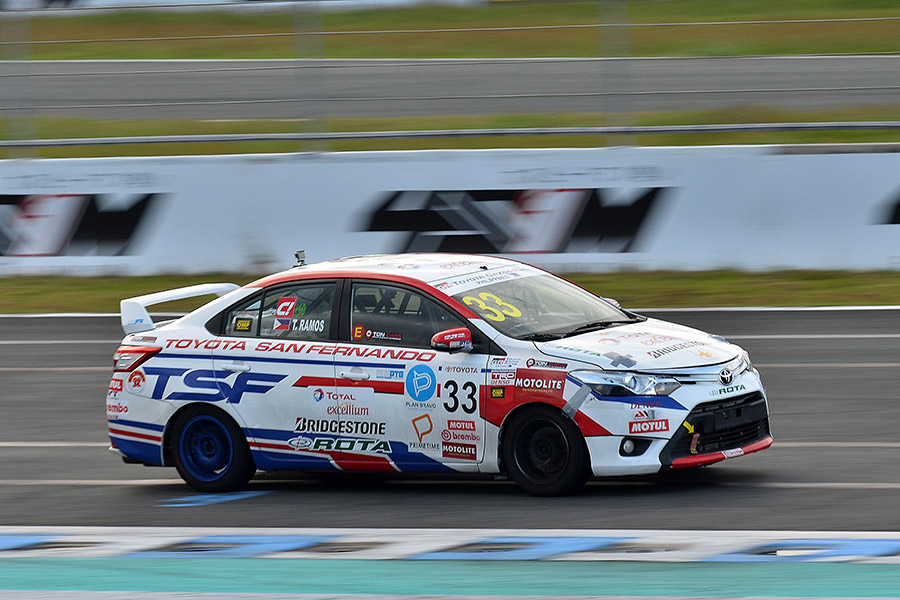 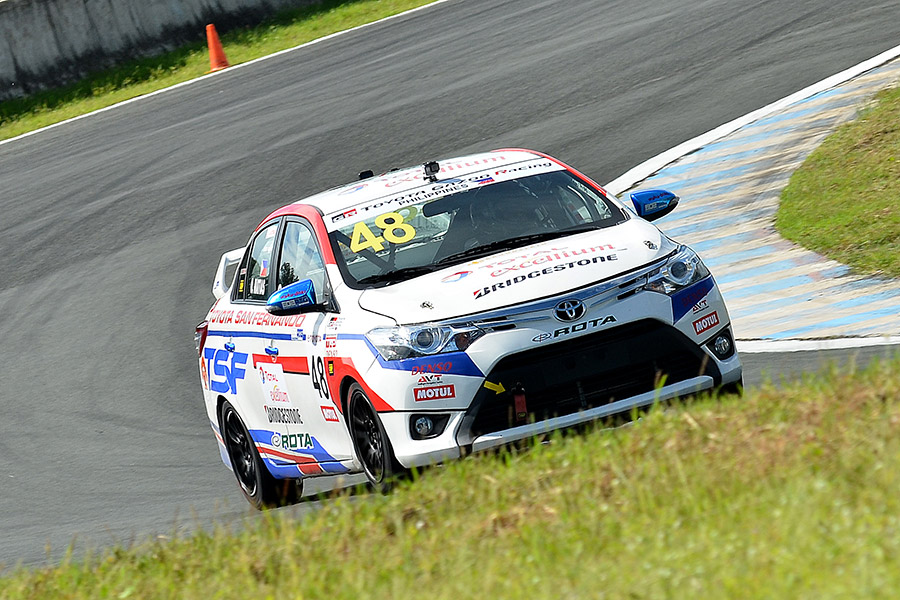 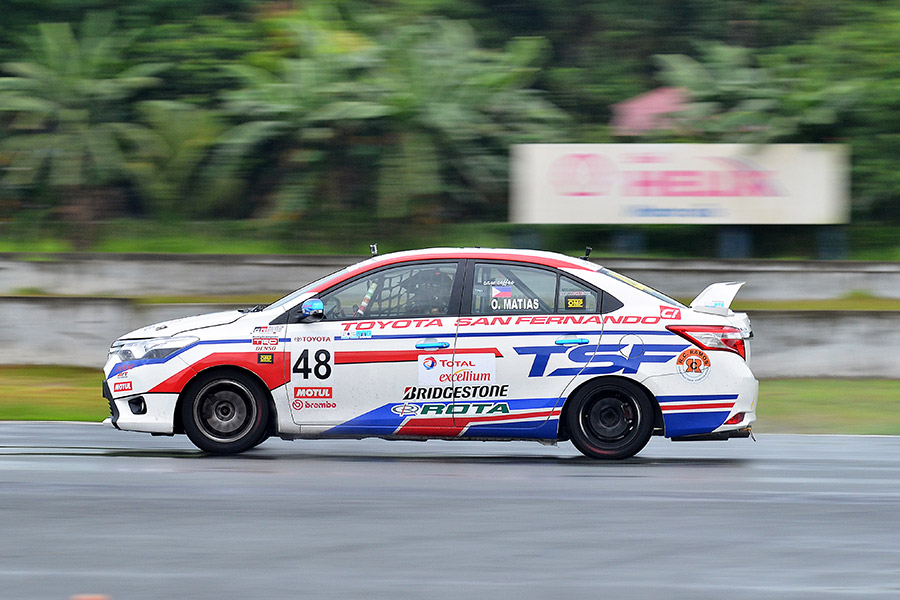 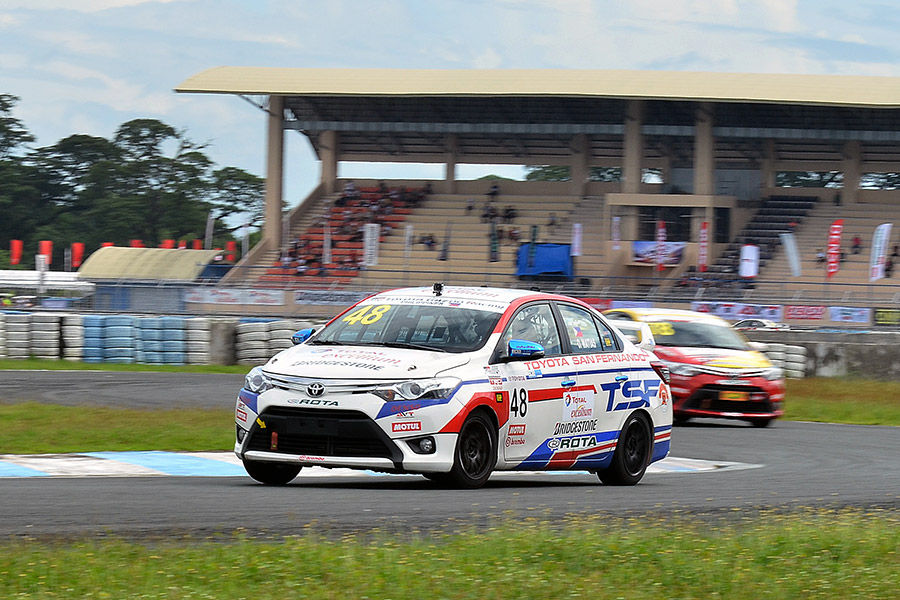 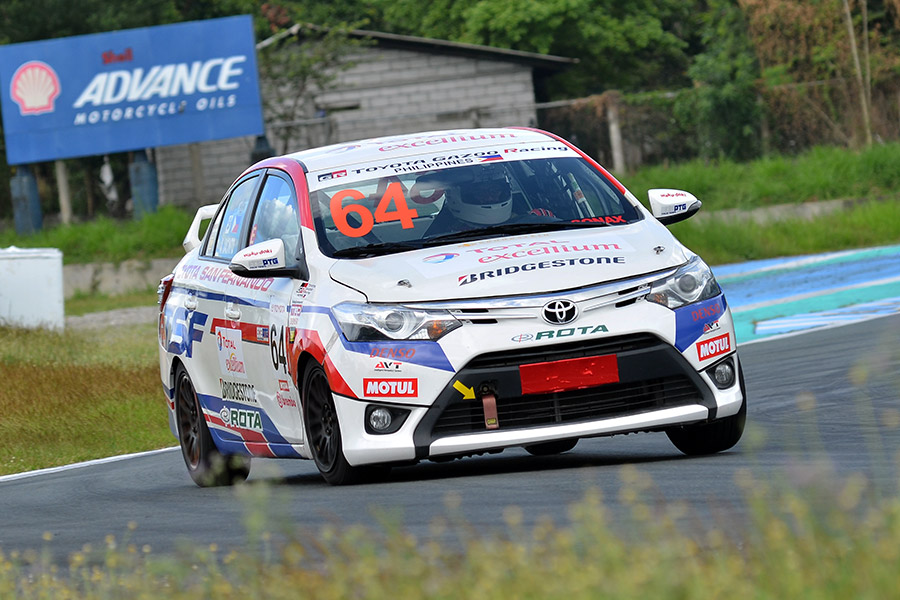 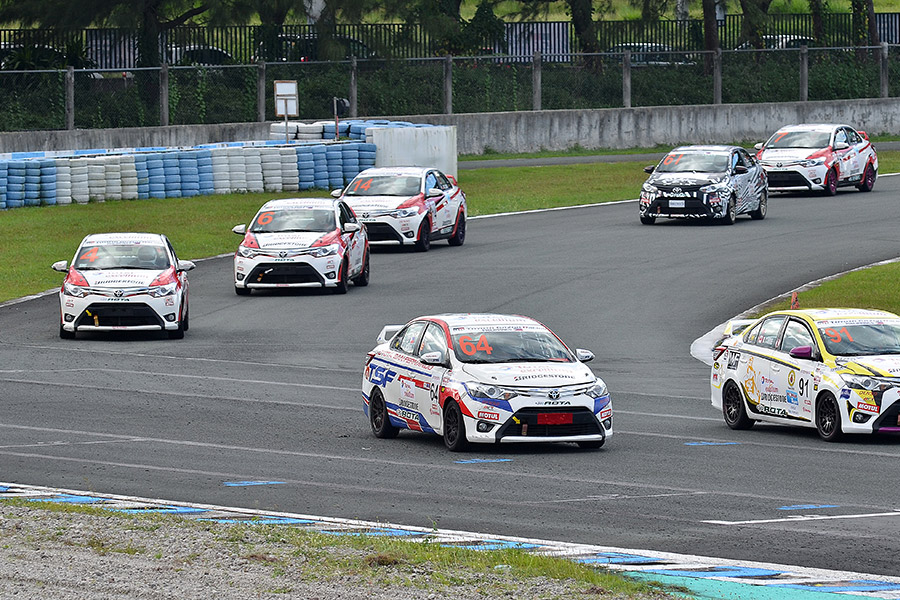 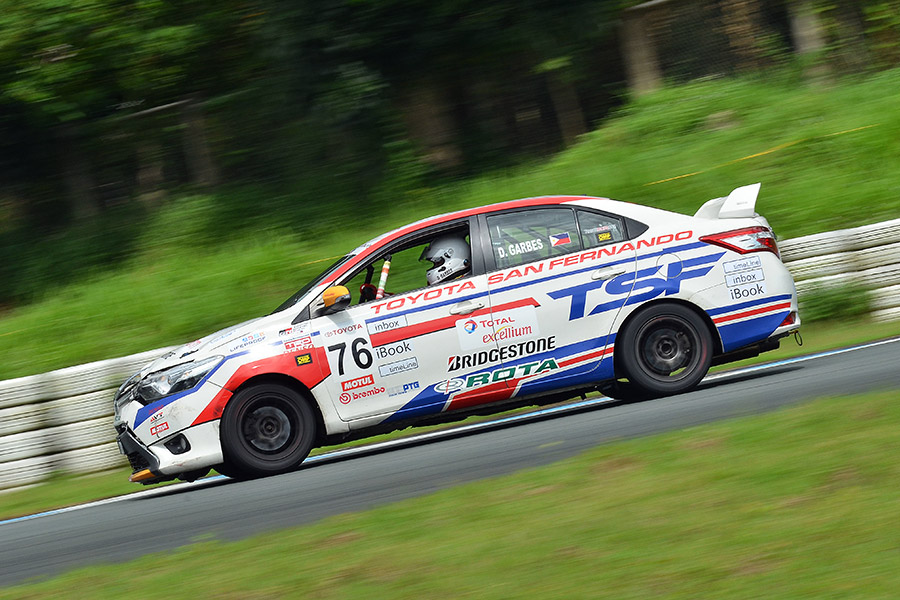 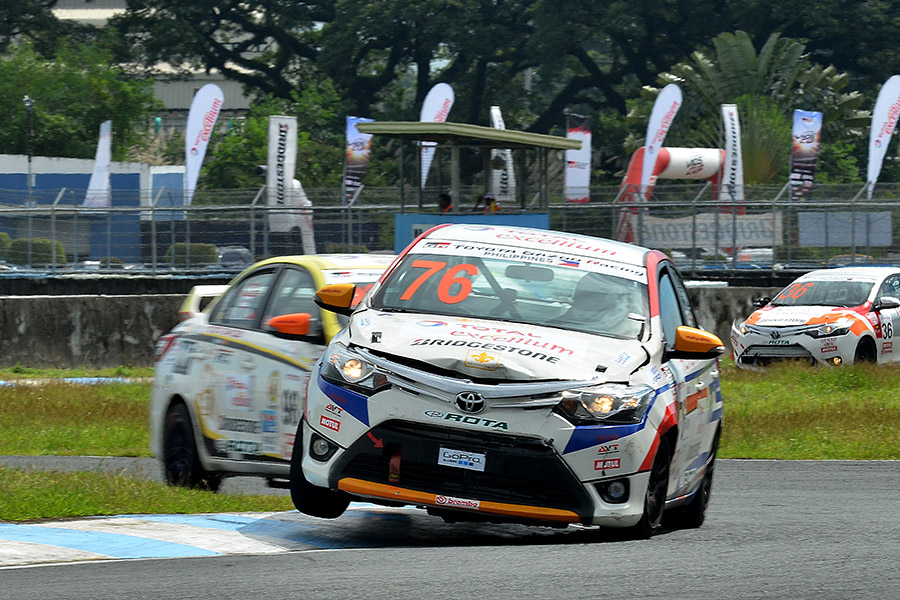