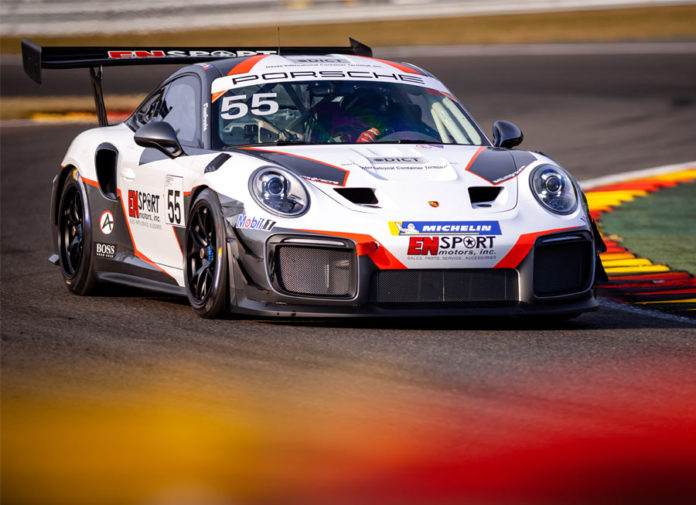 While on break from his regular driving duties in the Audi R8 LMS Cup, Vincent Floirendo saw an opportunity last July 25/27 to stretch the legs of his brand new 911 GT2 RS Clubsport. He did so on the most fitting circuit possible, at the illustrious Circuit de Spa-Francorchamps, where he raced against 14 of the rarest current-generation 991.2s at the ‘Porsche Motorsport GT2 Supersportscar Weekend’.

As the event was a prelude to the 24 Hours of Spa, Vincent’s schedule began early on a Thursday. There, he was only given 2x 50 min Free Practice sessions to acquaint himself with a 7.004 km track he’s never raced on, in a 690 hp track-only supercar he has never driven before. And he had to it in full anger, against the clock. 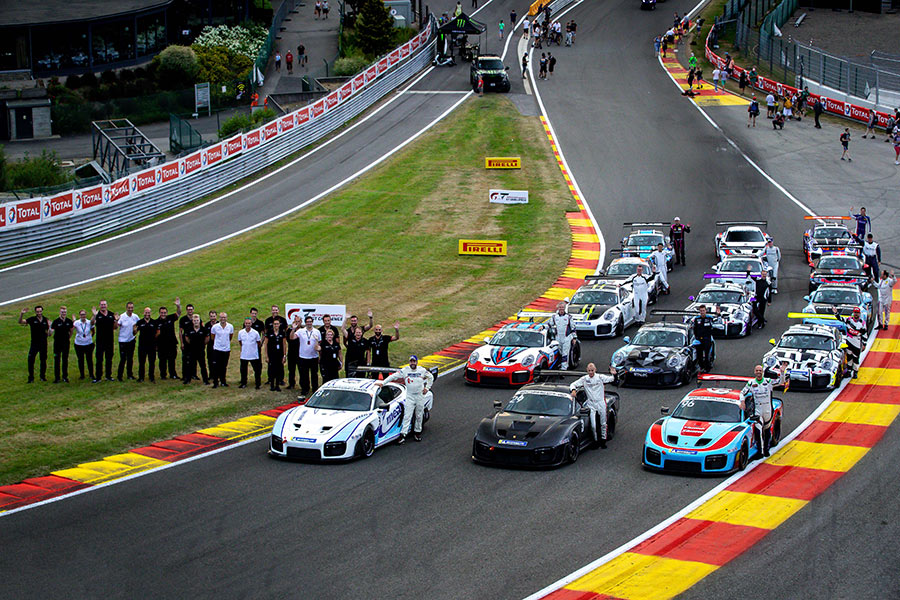 Thankfully, that was just enough seat time for Vincent to learn how to throw his 911 GT2 RS Clubsport around Spa-Francorchamps at speed. Proof of this came on Friday where he was able to set the 14th fastest lap during Qualifying.

Later that day, Vincent would finally get his chance to run his #55 EN Sport by Absolute Racing entry amongst a 15-car-grid. One that’s filled with identical 911 GT2 RS Clubsports, plus a trio of new 935s, with power figures that sum up to more than 10,000 hp in total.

A perfectly executed start in Race 1 shot him up to P12 at the first sequence of corners. He then gained another position a lap later, before neatly slotting into P10. And just because they were all racing in ultra-rare limited edition 911s doesn’t mean these gentlemen drivers held anything back. Vincent came under attack by one of the new 935s near the end of the 30 min race and got really really close. Fortunately, the Filipino driver was able to held onto his position ’til the chequered flag dropped to deliver a much-deserved and rewarding 10th. 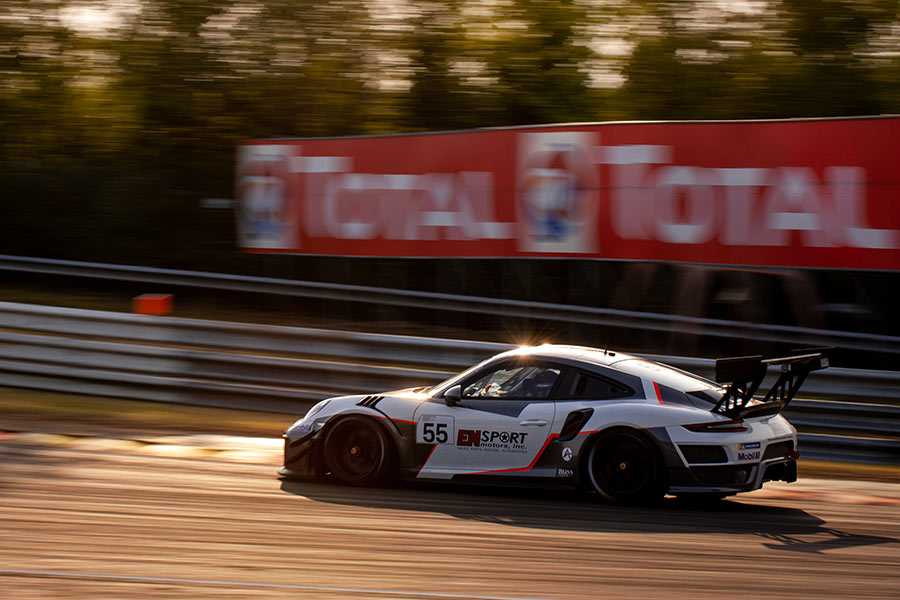 The action resumed on Saturday with another 13-lap race. Vincent was again P14, but an even better start this time around propelled the #55 car all the way up to P8 as the field managed their way up Eau Rouge. He did well to keep up with the front-runners that included a pair of Le Mans 24 Hour GTE-Am class winners and looked to improve on his previous day’s results. But a light drizzle ruined his pace and eventually lost him track position. Still, he managed to drive to a clean finish in 11th to wrap up a solid weekend in Belgium.

While the ‘Porsche Motorsport GT2 Supersportscar Weekend’ is a one-off event, Vincent has already expressed his intent to race again. His plan is to ship the car to the Shanghai international Circuit in time for the ‘Porsche Sports Cup China’ on October 19/20.

It’s also worth noting that his 911 GT2 RS Clubsport is eligible for the SRO’s new GT2 category that’s coming into effect next year. This leaves him an option if he ever decides to compete in the GT World Challenge whether in Europe, America, or Asia. 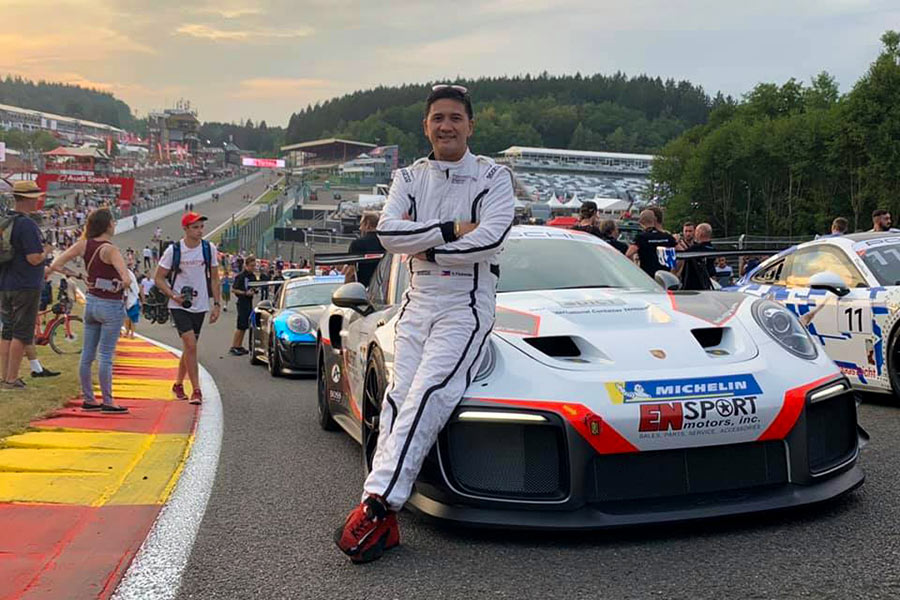 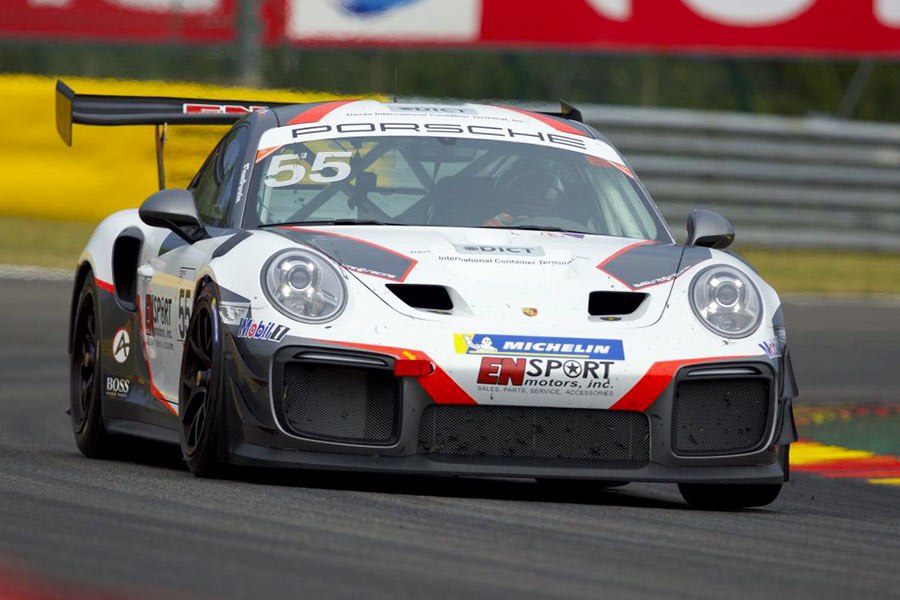