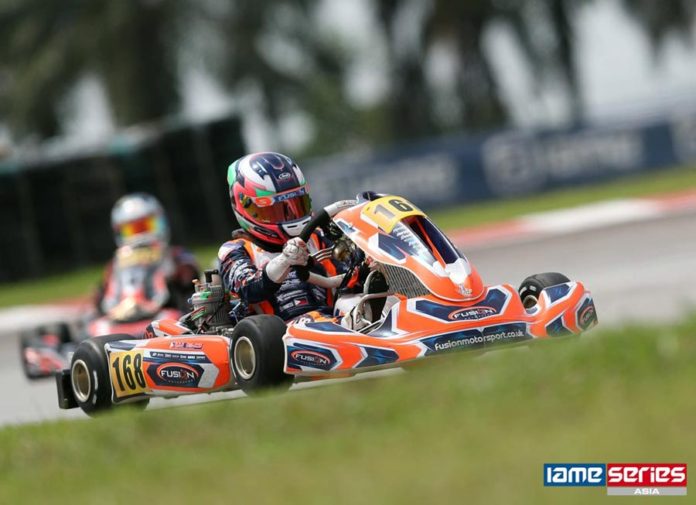 The now 11-year-old William Go welcomed the new year exactly how he capped off a successful season in 2019, by finishing on the podium, most recently at the IAME Asia Cup 2020. But what makes the achievement even more memorable is that this marked his competitive debut in the Junior Category last January 11/12.

William, a Grade 6 student of St. Benedict Childhood Education Centre in Cebu City, was the easily the youngest (and one of the newest) of all 11 karters in his class. Yet he was quickest throughout Official Practice as he topped both sessions at the Sepang International Kart Circuit in Malaysia. His strong pace later put him 4th in Qualifying, 3rd in one of the Heats, before ending up 8th in a wet Pre-Final due to a collision. 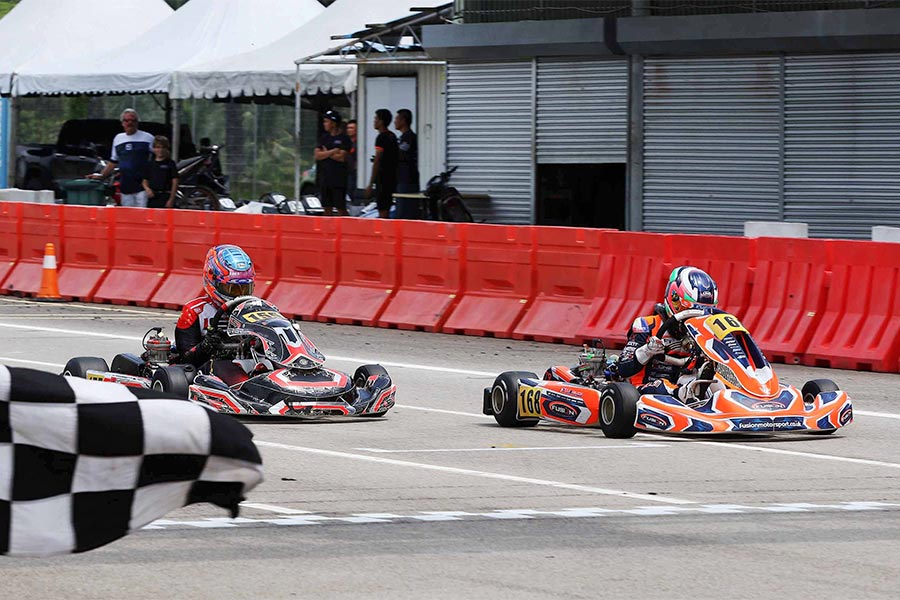 Driving the #168 kart under AutoInc Racing / Fusion Motorsports, William then set his sights on the all-important 16-lap Final. A quick getaway at the start would allow him to improve on his P8 position and immediately slot into P5. Now within striking distance of the lead pack, he then patiently waited for an overtaking opportunity to open up as the karts ahead swapped for position. William managed to get up to P3 and with 1 lap to go, snatched 2nd from Gerrard Xie on his way to the chequered flag.

William bid farewell to the Cadet Class at the end of last year with 3 titles under his name. The talented karter from Cebu walked away as the IAME Series Asia Cadet Class Champion as well as the Mini ROK Champion in both the Asian Karting Open Championship and ROK Cup Singapore. And based on his most recent result, he’s on route to repeating his success as he steps up the karting ladder. 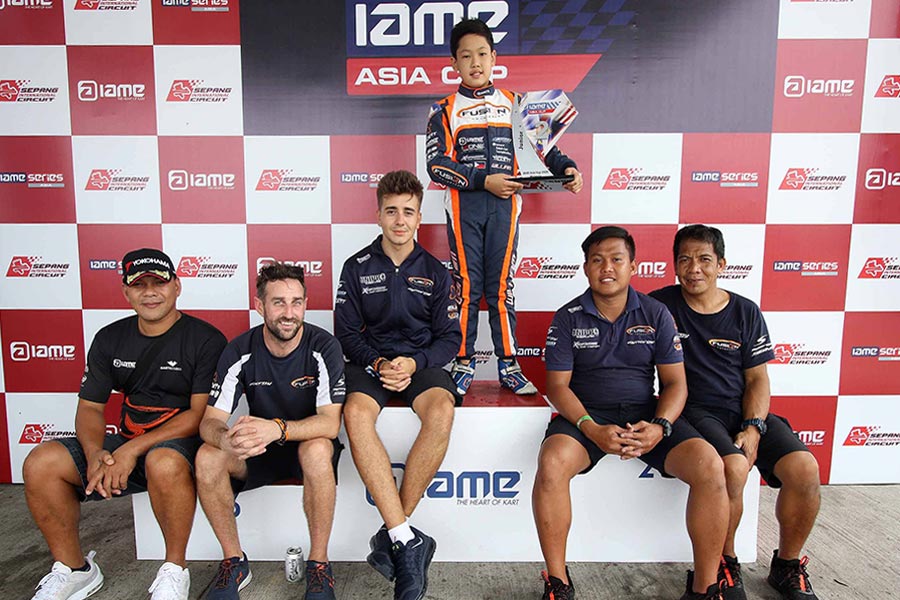 William Go: “I’m really happy with 2nd on my debut race in the Junior Class. What really amazed me the most is that I was the youngest competitor in my category. I would like to thank my parents Wendell and Virna Go, as well as my team AutoInc Fusion Motorsports with my mechanics and coach Marthny Miano, Gilbert Gatmaitan, Alistair Goss, and Jac Maybin for the amazing setup they have given me this weekend as well as my trainer Leo Buo Jr.” 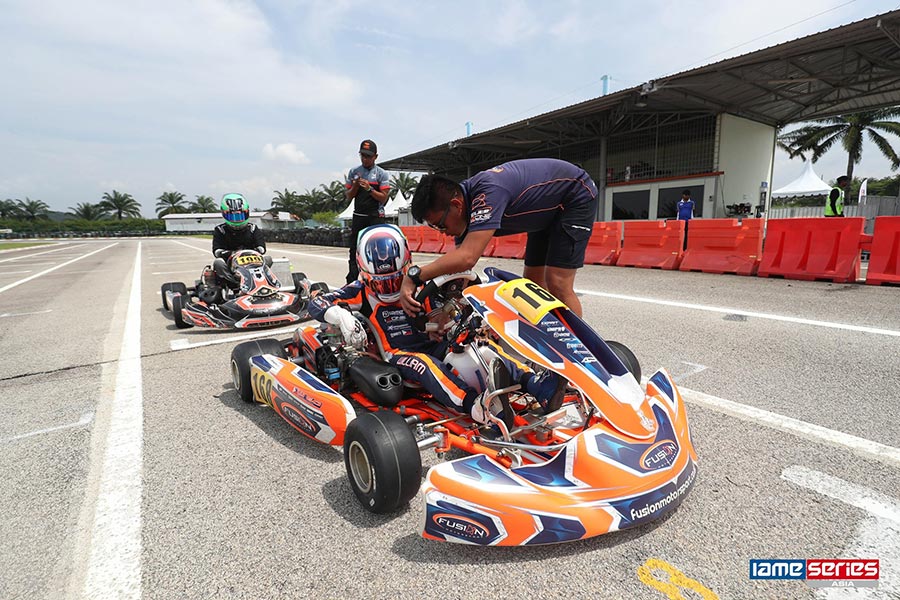 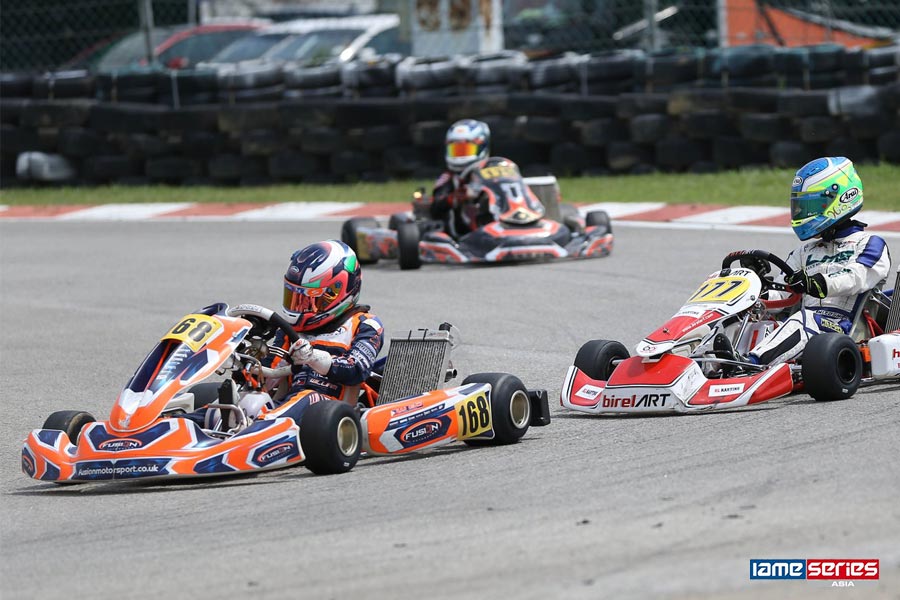 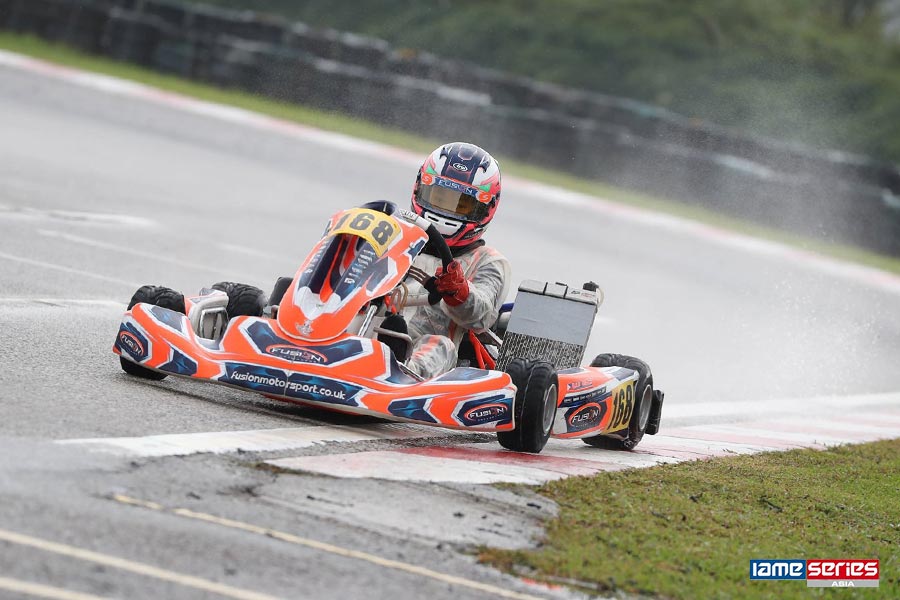