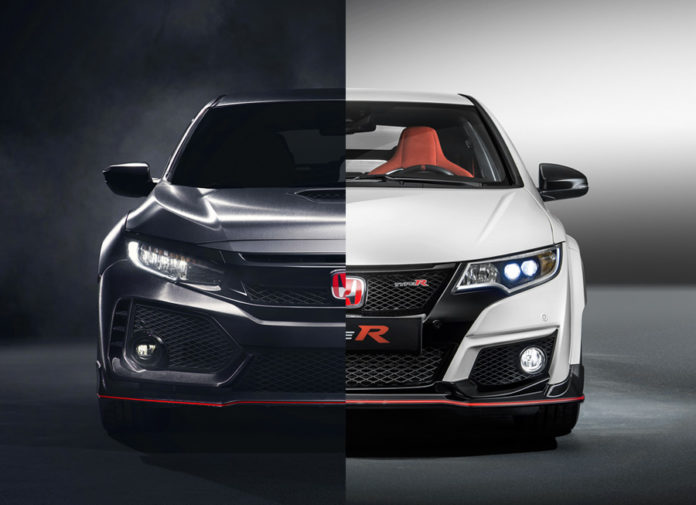 The world prayed so hard for a new Honda Civic Type R that the gods decided to give us not just 1, but 2 iterations of the ultimate FWD track weapon. Born months apart, the 2 are very different animals yet share so much in common.

The first spent 5 years in development before it hit the streets in 2015. It was based on the 9th generation EUDM-spec 5-door Civic hatchback was one of, if not the first Honda to be powered by the company’s new Earth Dreams VTEC Turbo engine. This particular 2.0L 4-cylinder unit punched out 306 hp and 400 Nm of torque and revved ‘only’ up to 7,000 rpm as it was limited by forced induction.

It was a beast capable of sprinting from 0 to 100 km/h in 5.7 seconds and reach a top speed of 270 km/h. For a time, this Civic Type R even held the FWD lap record on the Nürburgring Nordschleife at 7 minutes 50.63 seconds before it was beaten by a Volkswagen Golf GTI Clubsport S.

Honda engineers also spent countless man hours sculpting the Civic Type R, shaping every surface to help it stick to the tarmac and slice through air.

What followed a year later was built on the bigger 10th generation global platform as a ‘prototype’, previewing what’s to come from the production version in 2017.

While it’s pegged as a ‘successor’, the new-er Civic Type R shares a lot with its Japanese sibling aside from the red ‘H’ badge. The aggressive body lines are quite similar as are the front carbon fiber splitter, side skirts, and wing. Wheel designs are also almost identical, but the the new machinery rolls on 20-inchers compared to the previous car’s 19.

Both have carbon fiber diffusers where the new Type R’s unit houses 3 centrally-mounted exhaust pipes. However, we still prefer the older car’s 4.

Honda has yet to publish technical specs of the upcoming Civic Type R, but we expect it to pack a similar turbocharged power unit hopefully with bigger power figures. They may have switched though from a front to a top-mounted intercooler as hinted by the scoop on the hood.

Looking at both Civic Type Rs side-by-side, it’s really hard to choose which one we love more. The 9th generation is smaller and by instinct tells us will be quicker around a lap. But we highly doubt Honda will allow itself to built a slower car and surely want to reclaim the Nürburgring FWD lap record.