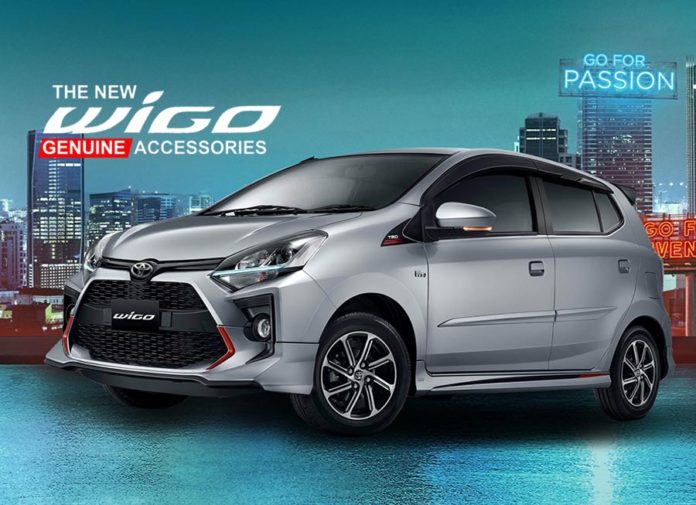 There’s now an updated Wigo from Toyota Motor Philippines (TMP), which flaunts a fresh look for 2020 both inside and out. That means there’s also a matching new set of genuine accessories, so would-be owners can give their beloved hatchbacks a personal touch.

Here are all the parts you can ever want from your local Toyota dealership. 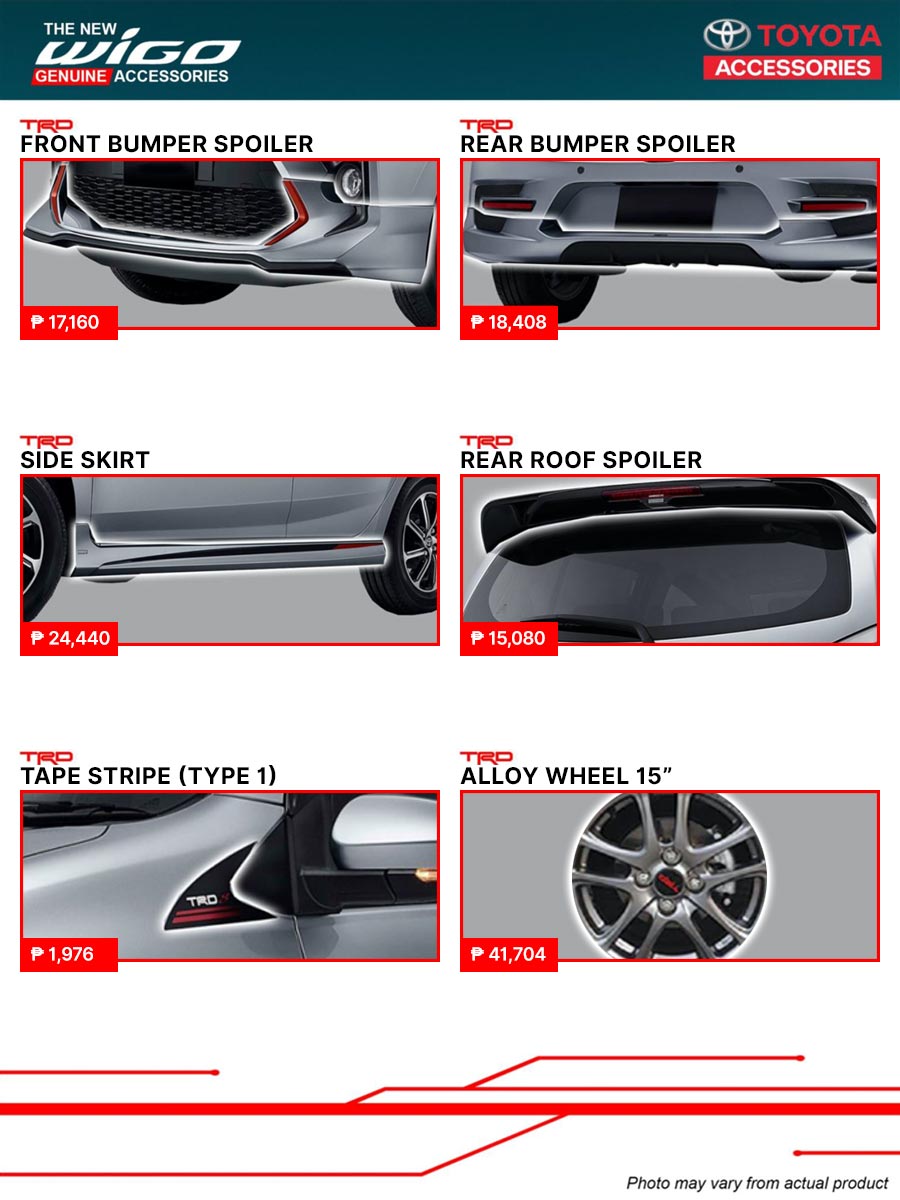 The brochure from Toyota proudly displays original TRD (that’s Toyota Racing Development for you newbies) parts front and center. It includes a TRD Front/Rear Bumper Spoiler, TRD Side Skirt, TRD Rear Roof Spoiler, and even a TRD Tape Stripe. While you can purchase them individually, we’re hoping that Wigo owners do end up with the entire set. This way, you can build your own Wigo TRD with a proper manual transmission as it should have been in the first place.

Prepare to shell out P77,064 for the entire TRD kit. Although there’s also a set of 15-inch TRD wheels in the catalogue, there’s nothing stopping you from opting for different aftermarket wheels. After all, even the top-shelf Wigo 1.0 TRD S AT don’t have them. 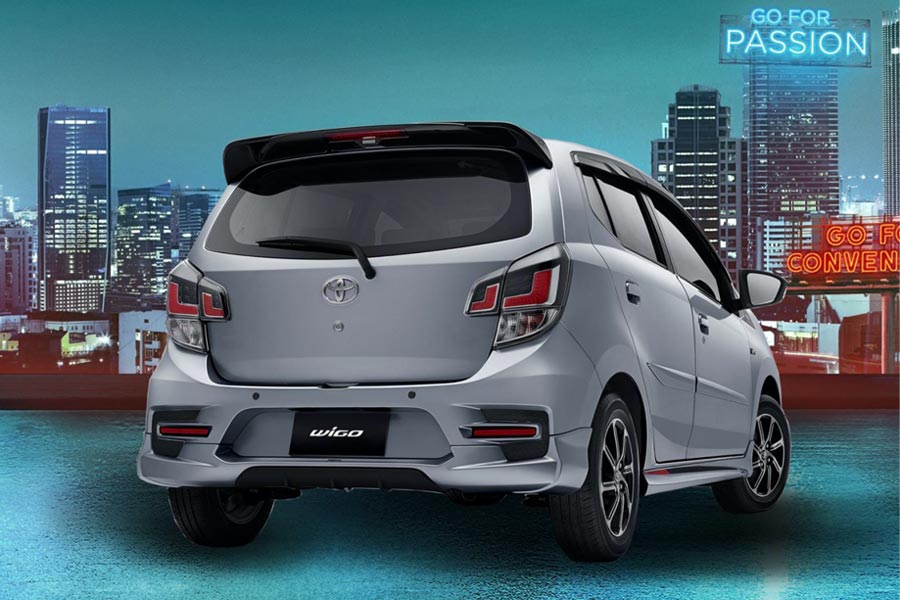 Toyota also offers their own line of accessories such as Window Visors and Side Body Moulding. We find it odd though that the Side Skirt and Rear Roof Spoiler are both slightly more expensive than their TRD-branded counterparts.

Then there’s the usual All Weather Floor Mats, Luggage Tray, Sunshade, and Car Cover. The Console Box and Digital Video Recorder (aka Dash Cam), however, are quite nice and should be strongly considered. 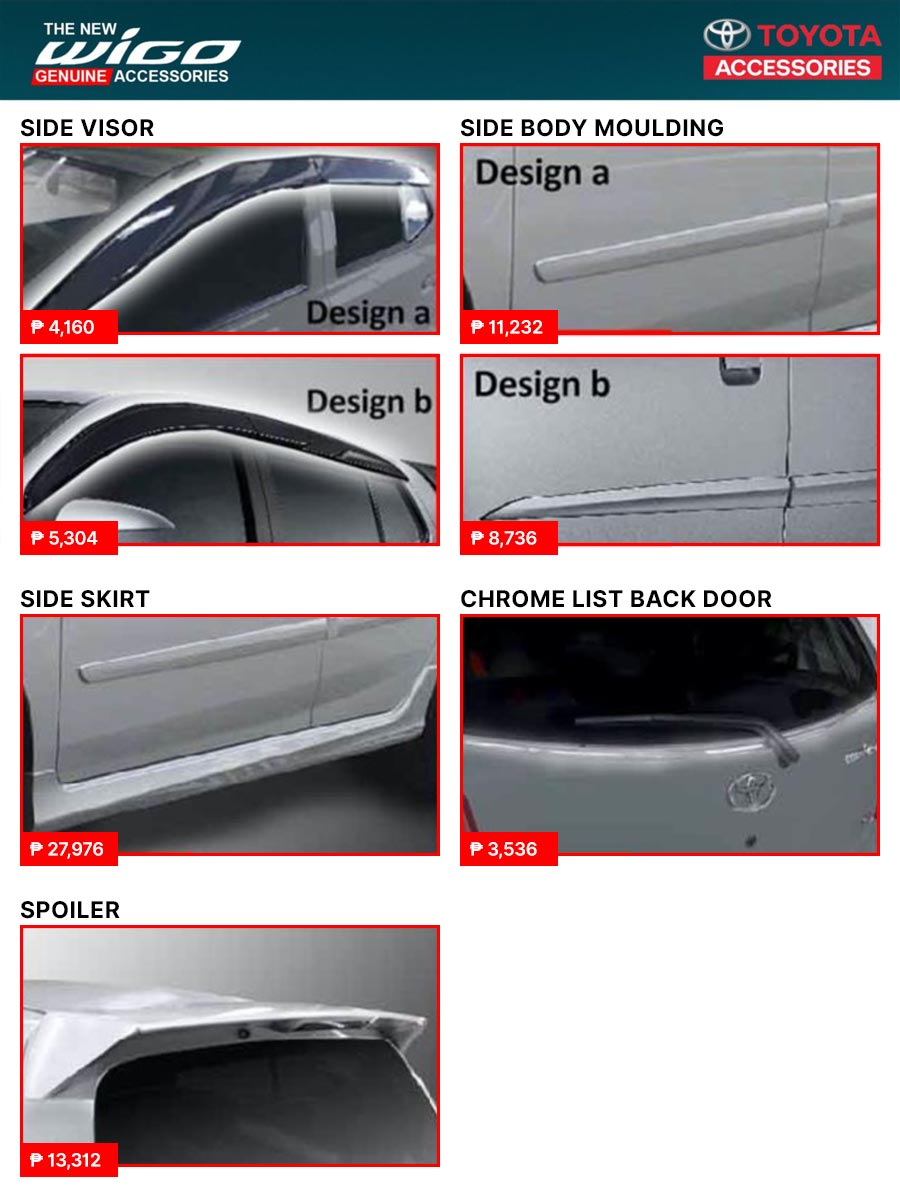 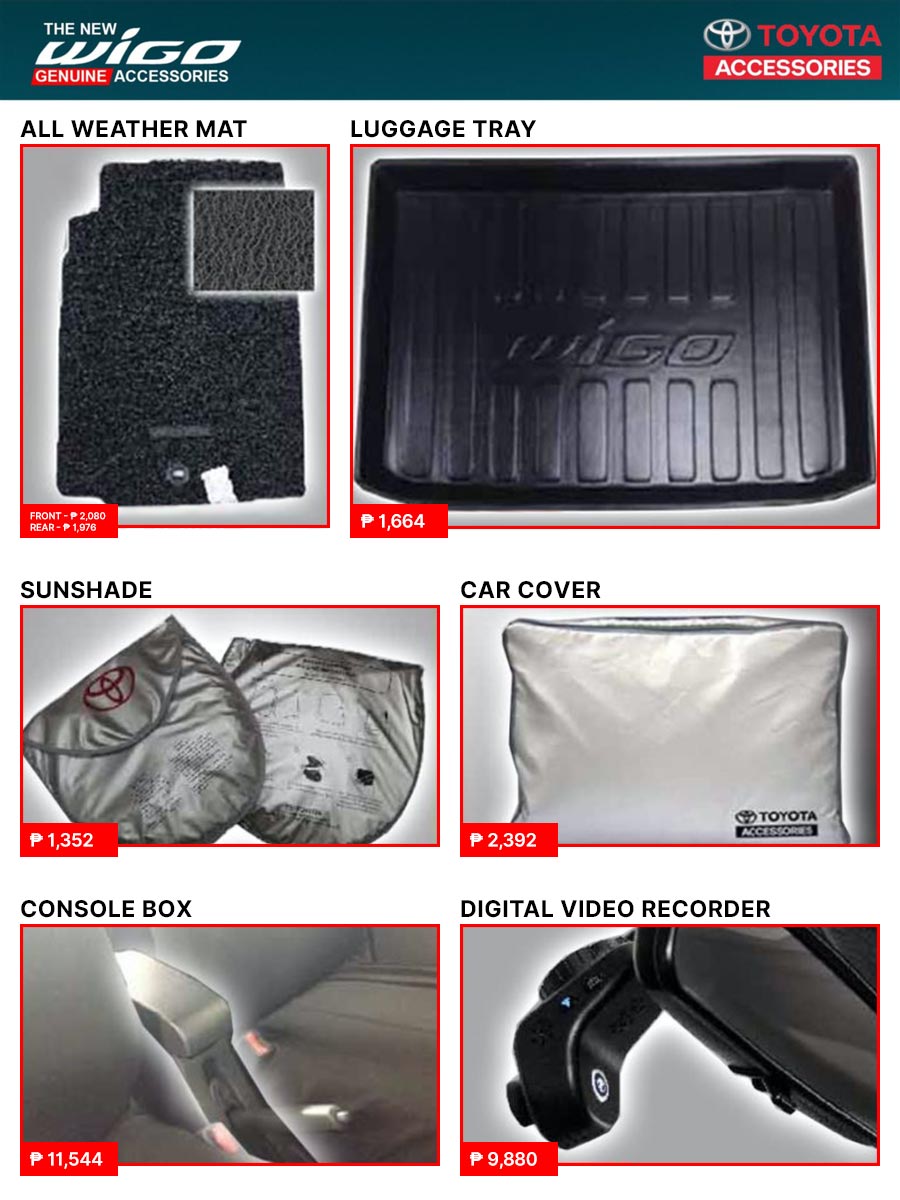 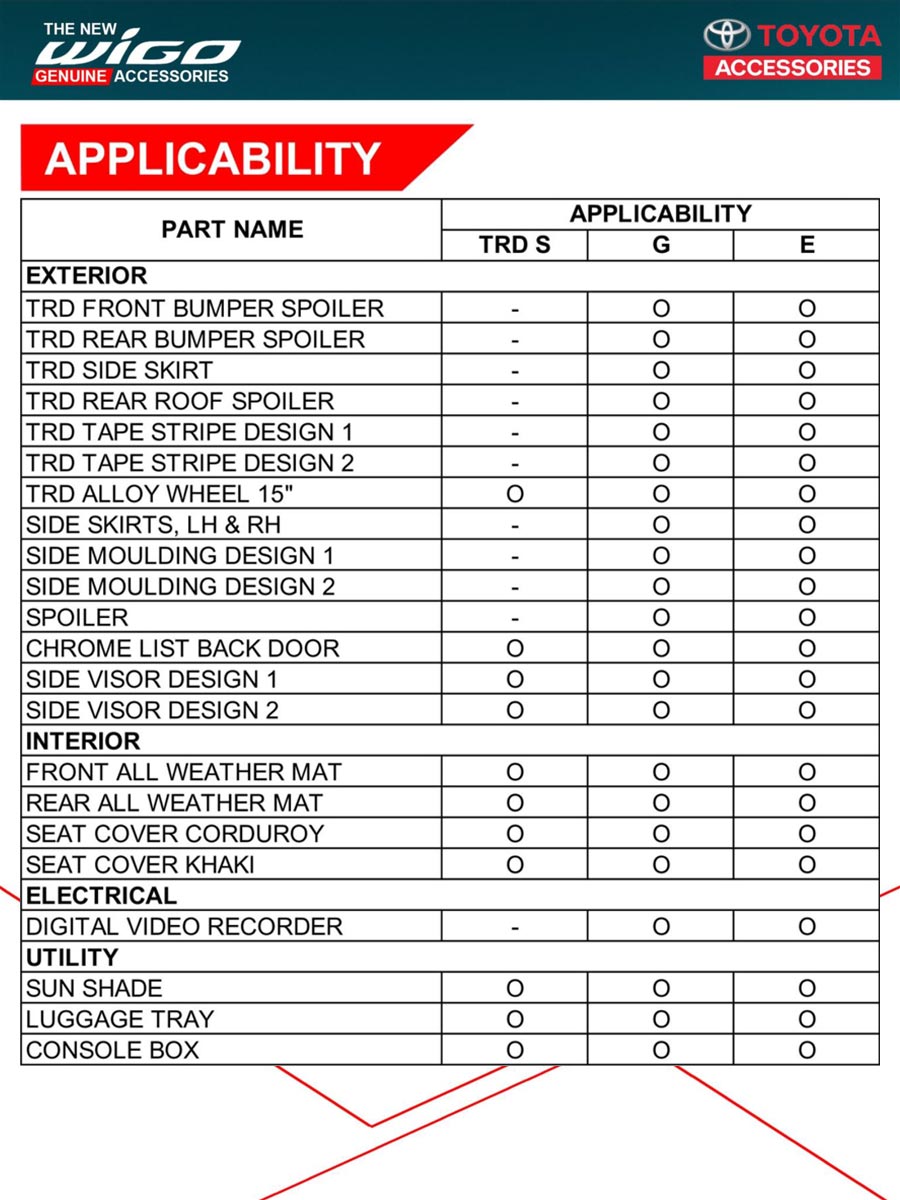