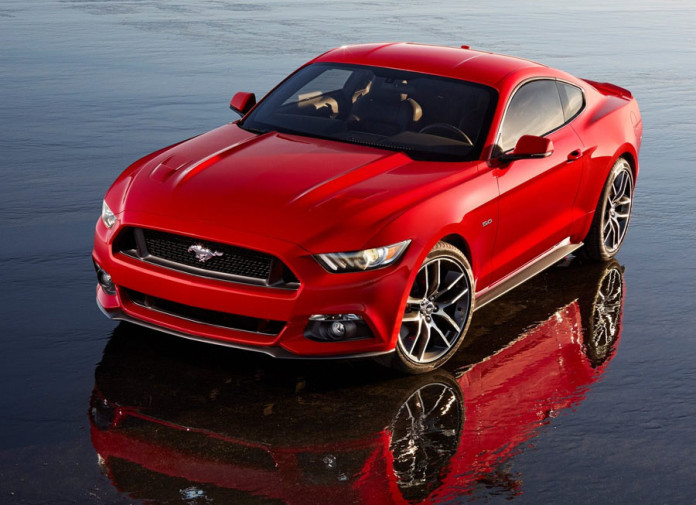 For something that’s celebrating its 50th birthday, the Mustang certainly looks good for its age. Well, of course, you have to consider that what you see here is the all-new 6th generation steed for 2015.

Although it’s not a big leap in terms of design, this all-new Mustang seems to have more personality than the one it replaces. Maybe it’s just us, but we feel that it no longer looks like a retro rehash. Sure, the old ‘Stang was a looker, but it will always be remembered as homage to the ’60s. It also appears lighter, leaner, and faster, which we hope is backed up by performance figures. 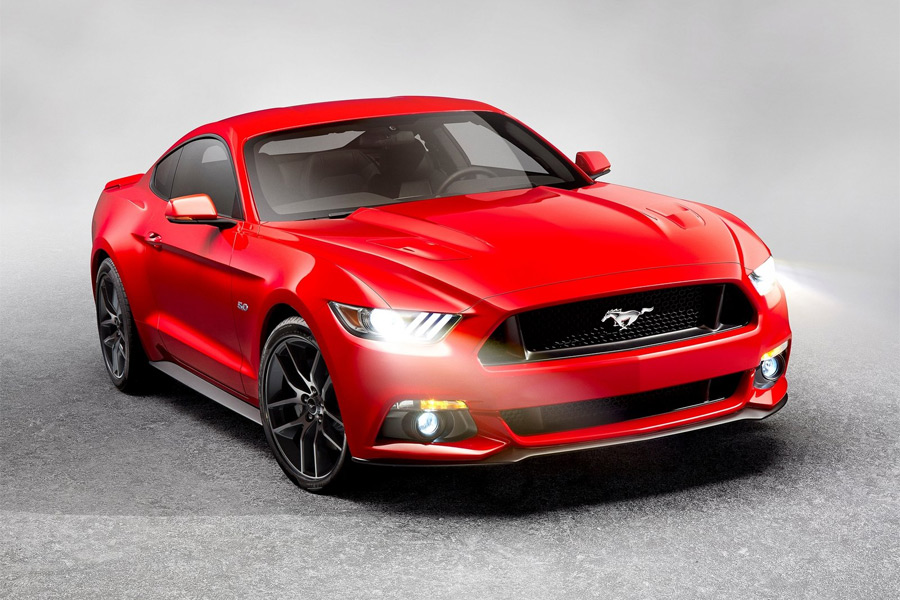 Instead of going gung-ho for even more ponies, Ford finally figured out that straight line speed isn’t all that matters these days. Yes, even American muscle cars now have to go quickly around corners. And one way to do this is to make the Mustang wider and lower by 381 mm in both dimensions to be exact.

Then there’s the all-important suspension. The 2015 Mustang gets a revised MacPherson struts upfront and, would you believe, an integral-link INDEPENDENT REAR SUSPENSION to replace the old live axle unit.

Geez Ford! What took you so long to figure that one out? 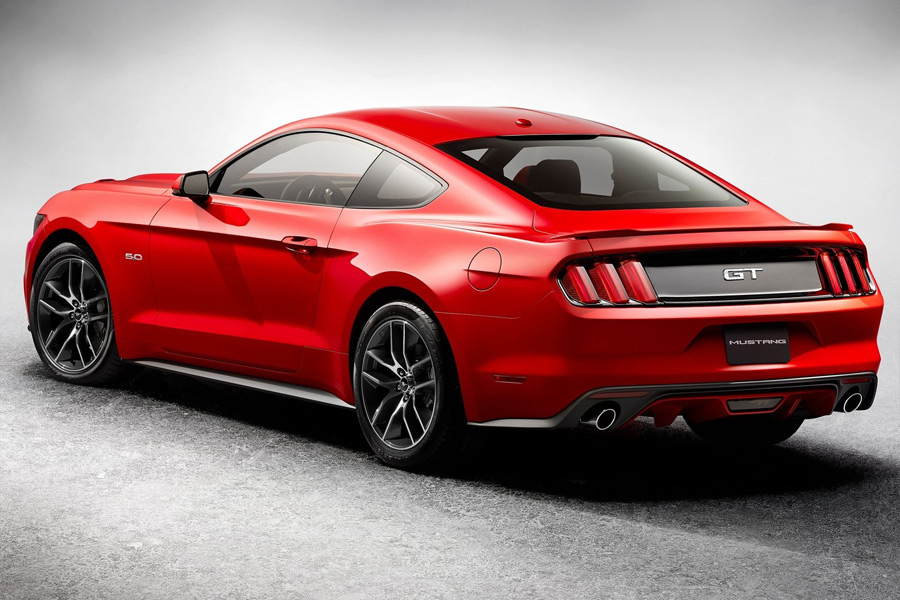 Finally, the biggest secret in building quick cars is to make them go on a diet. Early rumors suggests that Ford’s all-new muscle will be as much as 180 kg lighter than the old horse. But now, some believe that it’s actually a wee-bit heavier due to the extra toys Ford packed into it. *facepalm*

This American muscle’s biggest asset, however, is and has always been what lies under that long bonnet. There’s an upgraded version of the trusty 3.7L V6 and 5.0L V8, and a new 2.3L straight-4 EcoBoost engine that’s expected to have more than 305 hp and 406 Nm of torque. But something tells us that the V8 is still king. 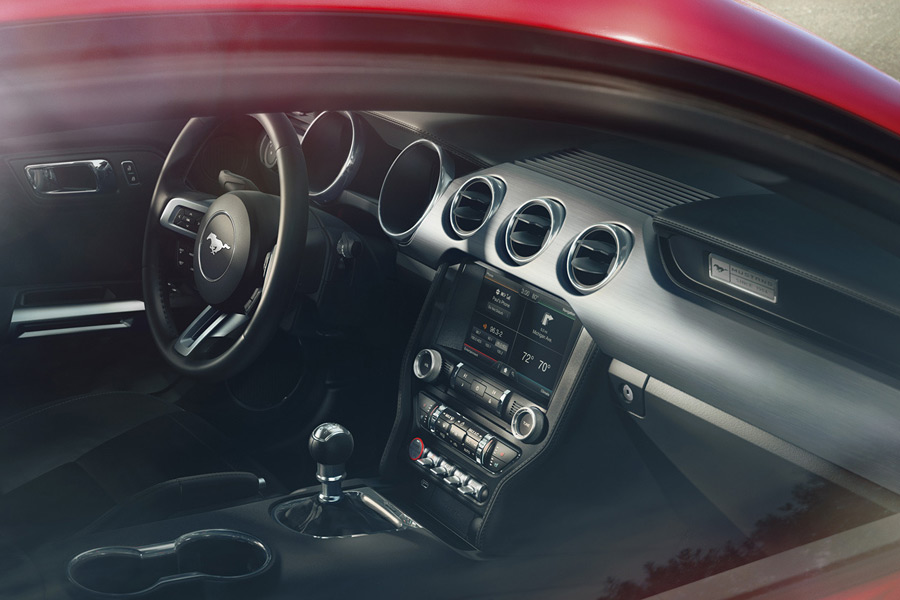 For something this promising and this good looking, we just find it quite odd how tight-lipped Ford is on the performance figures of their 2015 Mustang. They won’t say exactly how much it weighs, how much power it makes, and how fast it gets to 100 km/h. More importantly, is it quicker than the Camaro Z/28 around the Nürburgring Nordschleife?

Seriously, what’s the point of bragging about your newest muscle when you don’t have figures to back it up? We sure do hope they have numbers to surprise when they’re finally spill the beans. 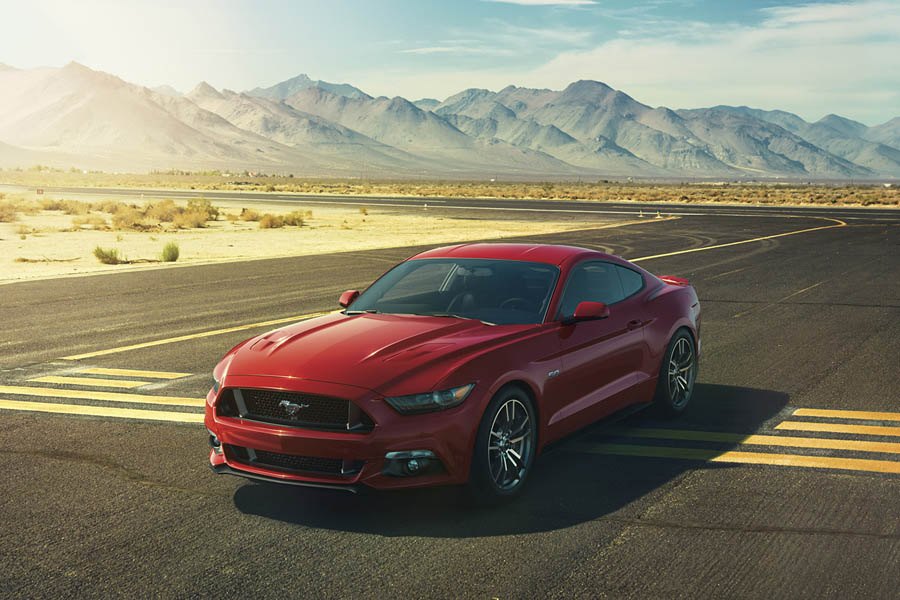