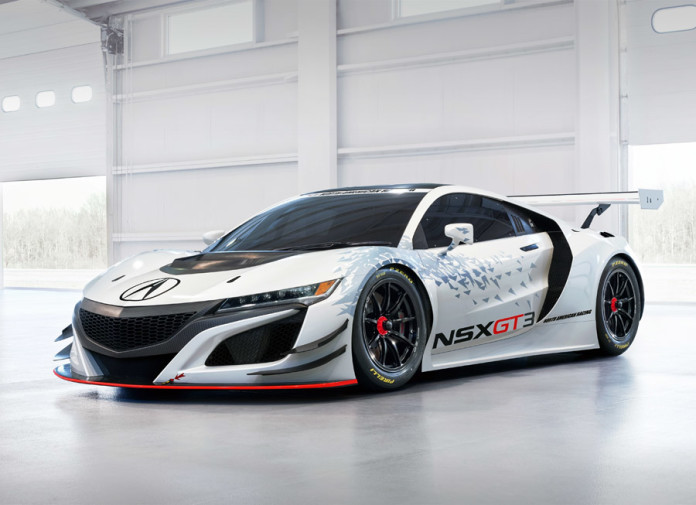 What you see here is new NSX GT3. Developed by JAS Motorsports and built by Honda Performance Development (HPD), it will race in North America under the banner of Acura in 2017.

The most obvious differences in the motorsports-only version are the custom bodywork and aero bits. There’s the front splitter, huge hood vents, enlarged side intakes, and monster rear wing. We also love the small details such as the compact door mirrors, single wiper, and carbon fiber EVERYWHERE possible. The interior is likewise fitted with a safety-cage, racing seat, and a bunch of brightly colored switches where the infotainment used to sit.

While the road-going NSX is a melting pot of Honda’s latest tech, this GT3 special has been stripped of its fancy toys to meet strict global FIA regulations. Part on the chopping block were the 3-motor hybrid system, all-wheel-drive, and 9-speed dual-clutch transmission. 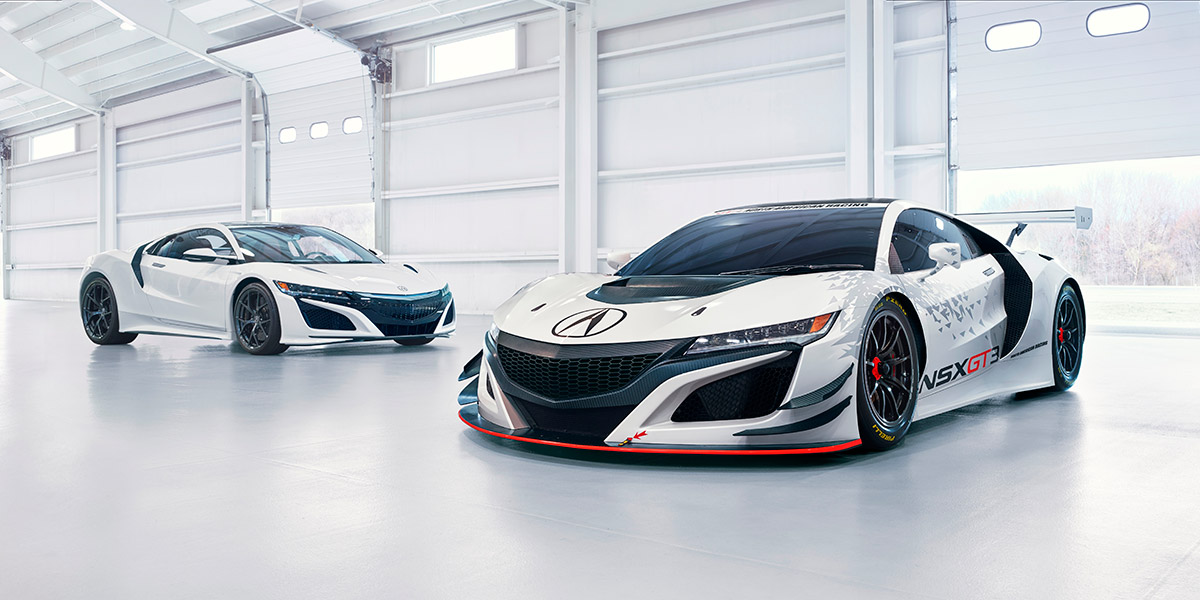 What it shares however with the showroom-spec NSX are its power unit and chassis.

Honda claims that the 75-degree 3.5L twin-turbo V6 has been taken right off the assembly line including the block, heads, valvetrain, crankshaft, pistons, and dry sump lubrication. What sets the NSX GT3 apart is the 6-speed sequential racing box attached to it that sends all the power to the rear wheels.

The ultra-rigid and lightweight space frame body, which is made from aluminum, steel, and composite, is also shared with the road legal NSX.

Now here’s the thing. Because the it’s designed to meet FIA GT3 regulations, don’t expect to see it at the Le Mans 24 Hour where more advanced GTE cars come to race. Instead, it’ll most likely compete in the Pirelli World Challenge, Blancpain Endurance Series, and maybe even in Super GT’s lower GT300 class. 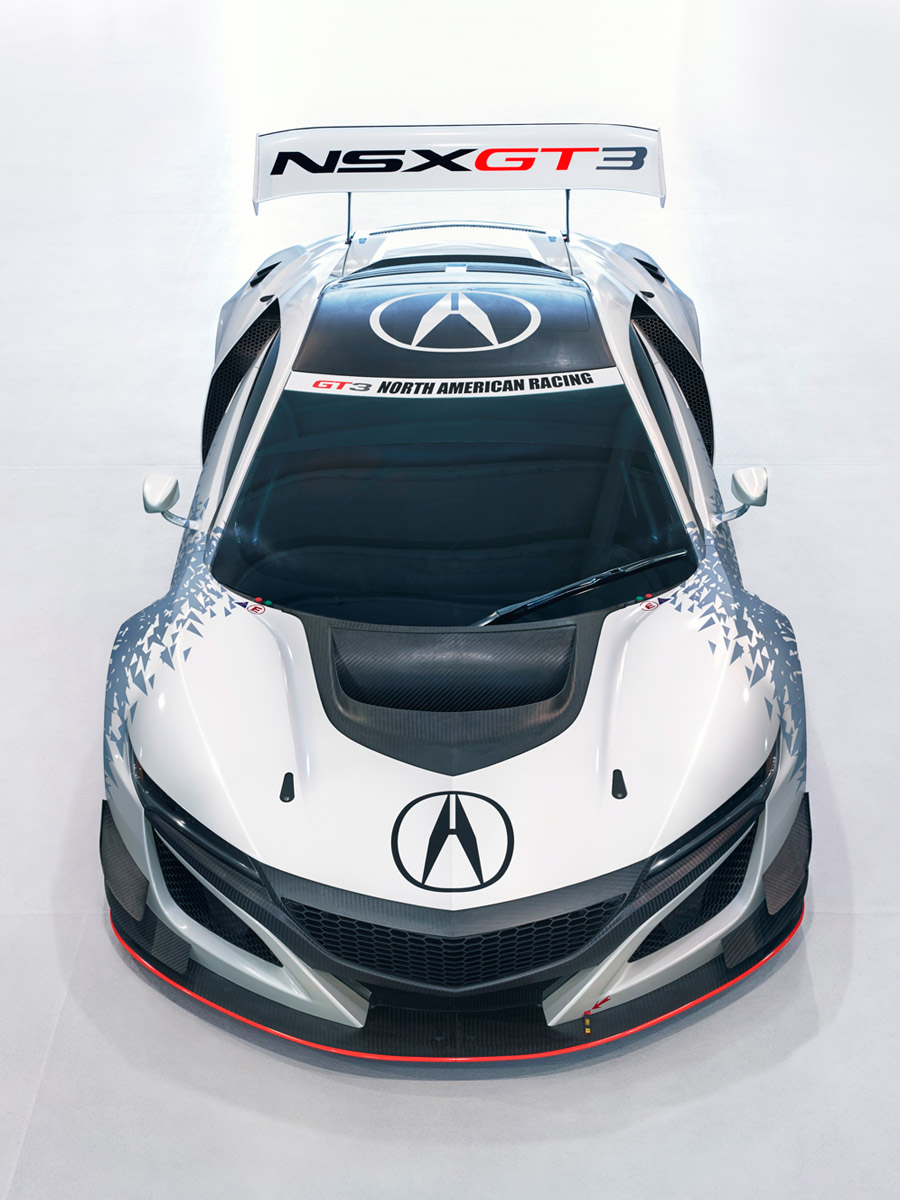 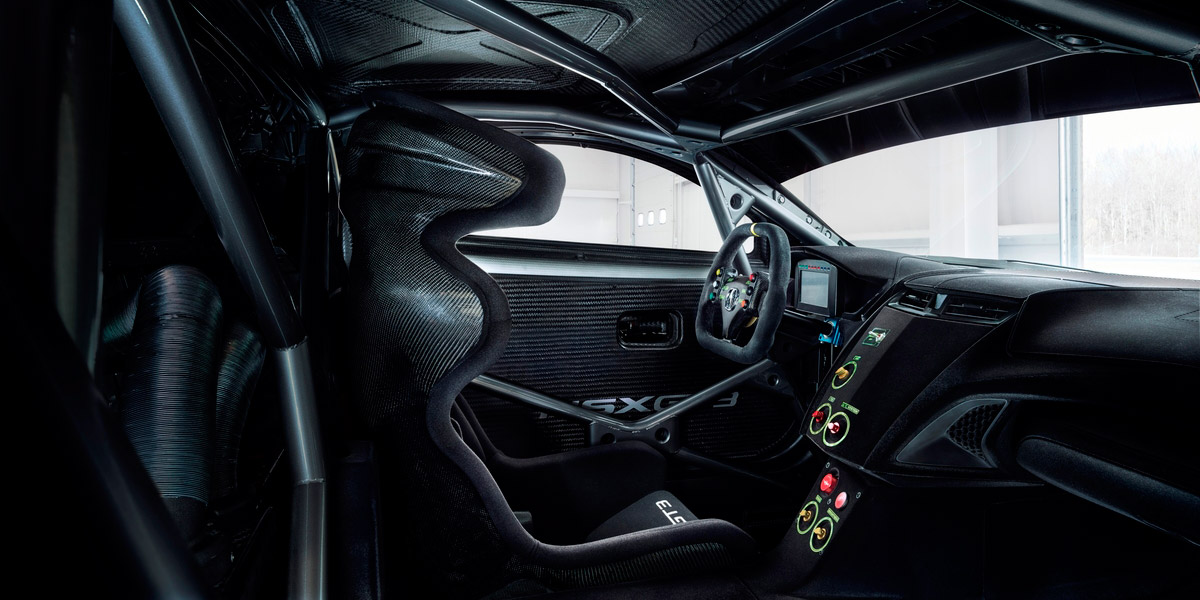