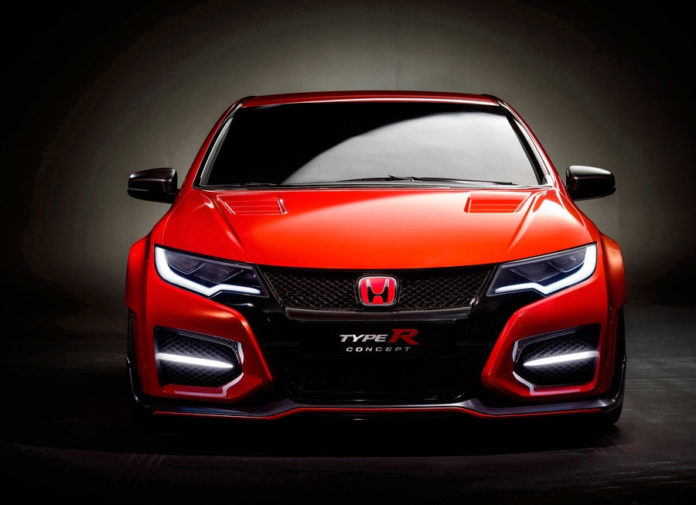 Guys, we’re finally on the home stretch. After years of seeing spy shots and countless teasers, what you see here is the latest and hopefully final iteration of the Civic Type R Concept, which is scheduled to hit showrooms in 2015.

Slated as a ‘racing car for the road’, it’ll come with a 2.0L direct-injection 4-banger turbo with an estimated 280 hp. Yes, that’s a VTEC engine with a TURBO. And to prove that Honda engineers haven’t gone soft, it’ll come with a 6-speed manual transmission. The huge Brembo brakes, on the other hand, should come as standard equipment. 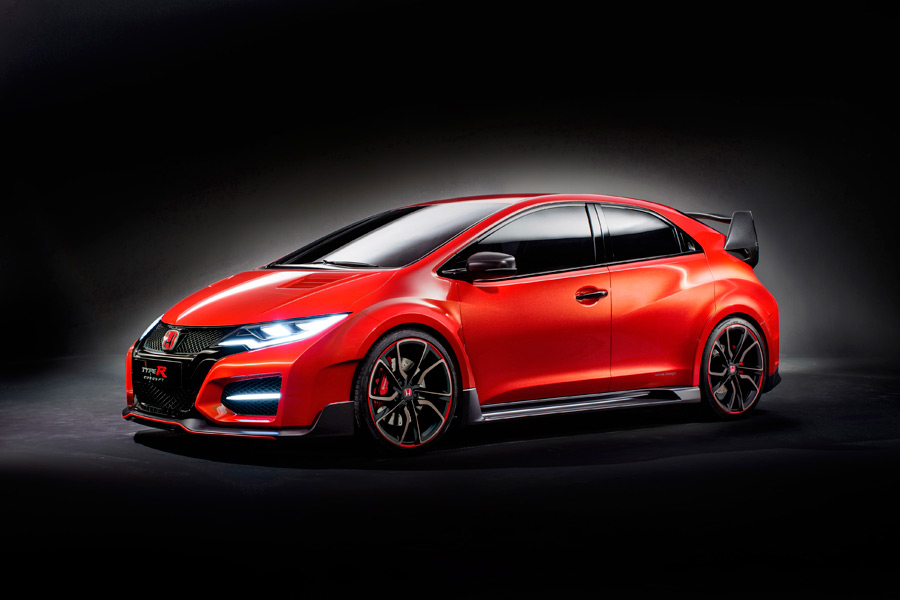 While we’ve had a pretty good idea what it looks like under the camo, this is actually the very first time for the Civic Type R Concept to flaunt all its curves in public. Do take time to appreciate the extra-wide front and rear fenders that house huge 20-inch tires on all four corners. Then there’s the spoiler-integrated tail lights that gives it a somewhat sci-fi look from behind. And in case you’re wondering, the intakes on the front grill, and outlets on the bonnet and fenders are all functional, as well as the front splitter, rear diffuser, and quad tail pipes.

Honda explains that most of the Civic Type R Concept’s styling are not just for show and actually offer real performance benefits as confirmed by tests conducted at the Nürburgring in Germany. Obviously, their WTCC race car also provided some very useful ideas. And when all these work together, they should deliver optimum cooling, grip, and performance no matter what race track you’re on. 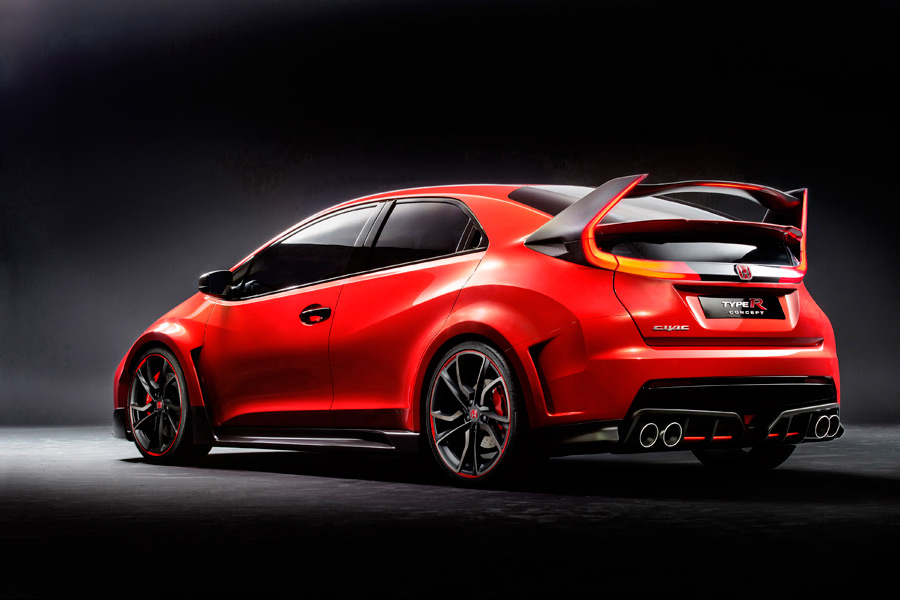 This is undoubtedly the most extreme and probably the quickest Civic Type R that Honda has ever built. And although we’ve already accepted the painful fact that Honda Cars Philippines, Inc. (HCPI) will never have the heart to sell this monster locally, at least we find comfort in knowing that Hondas are once again exciting. 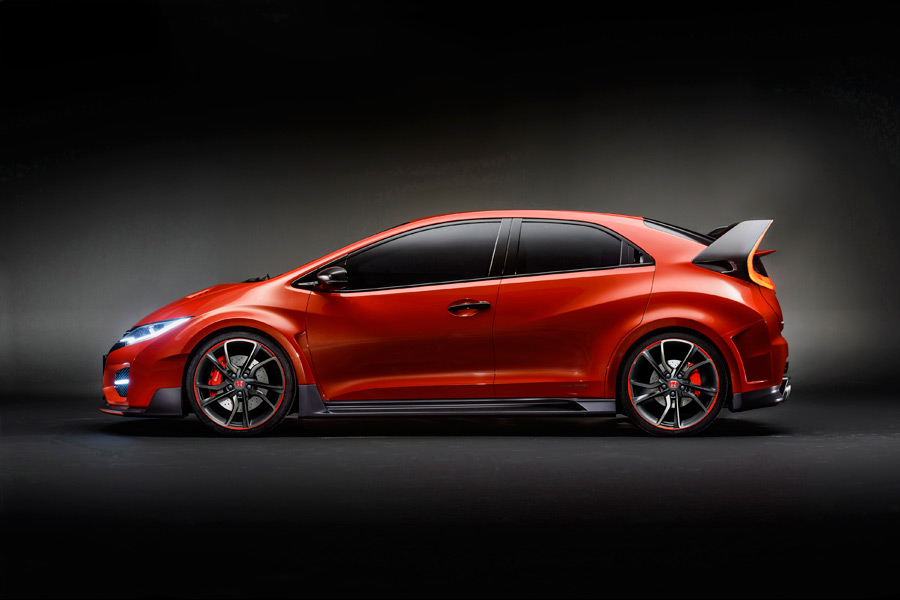 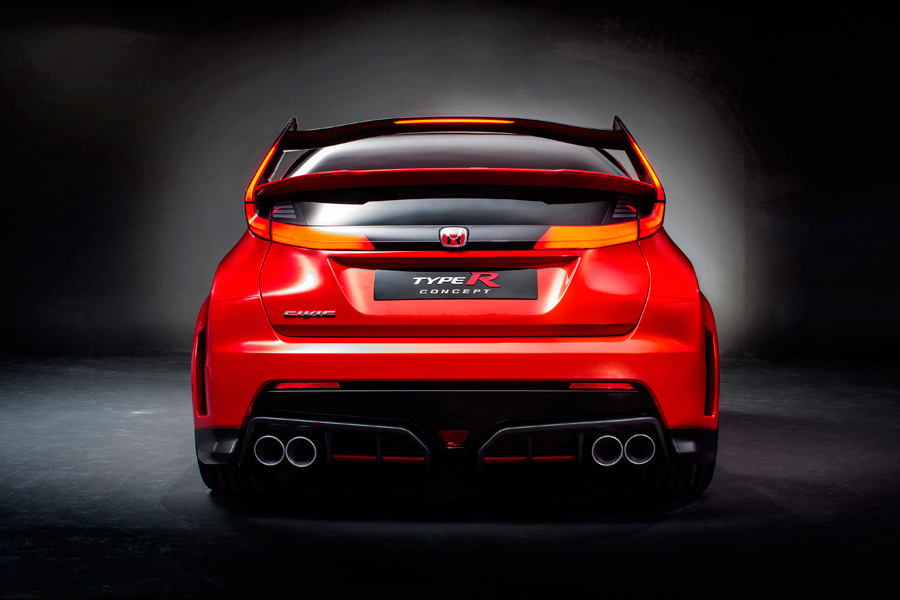 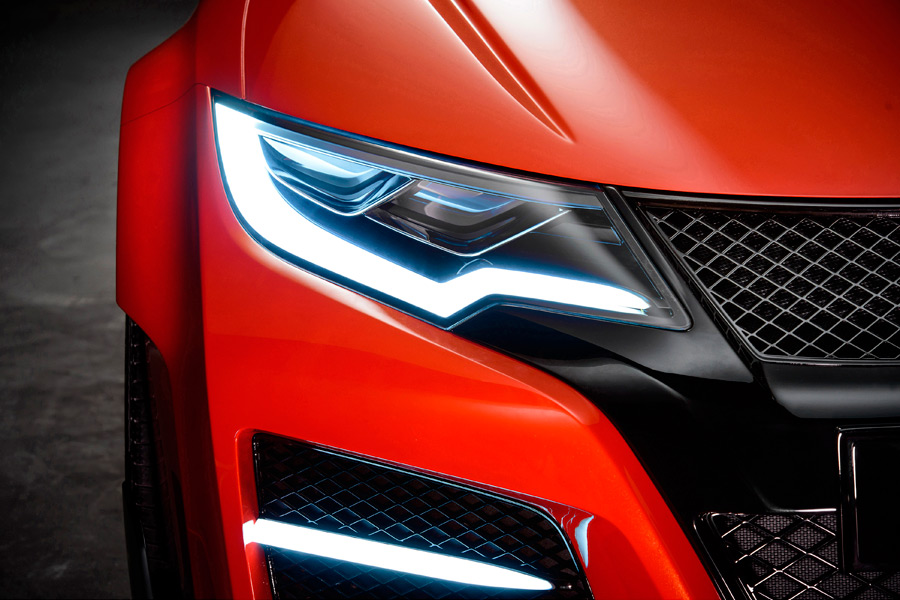 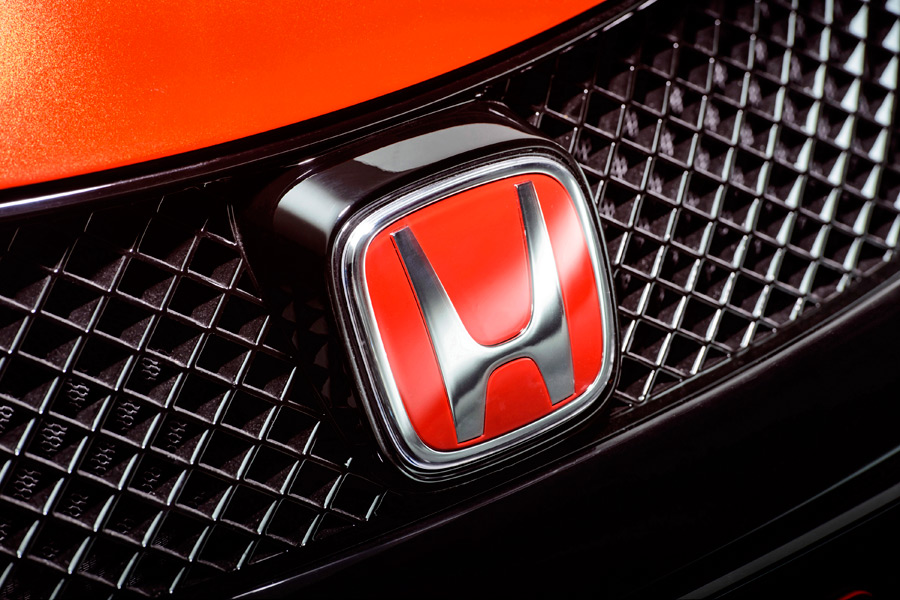 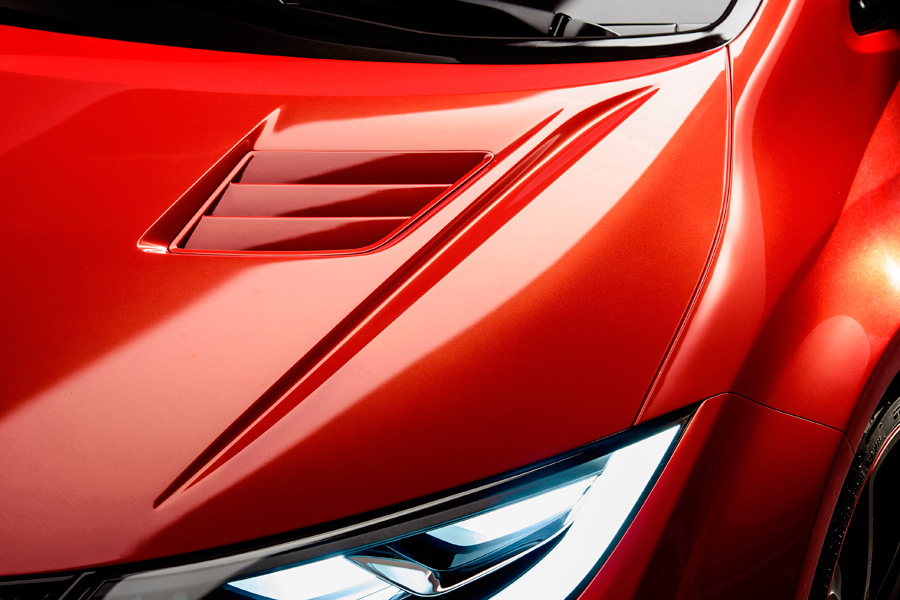 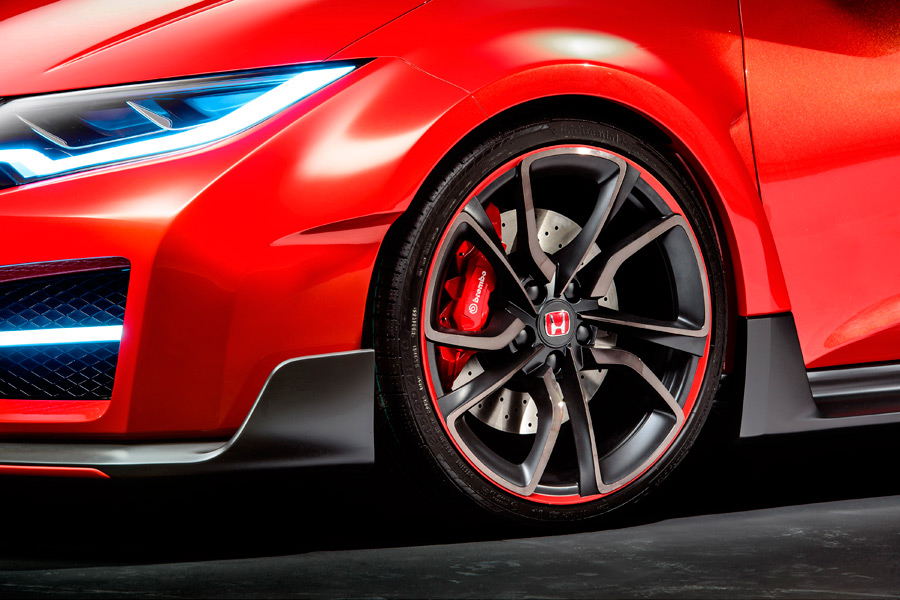 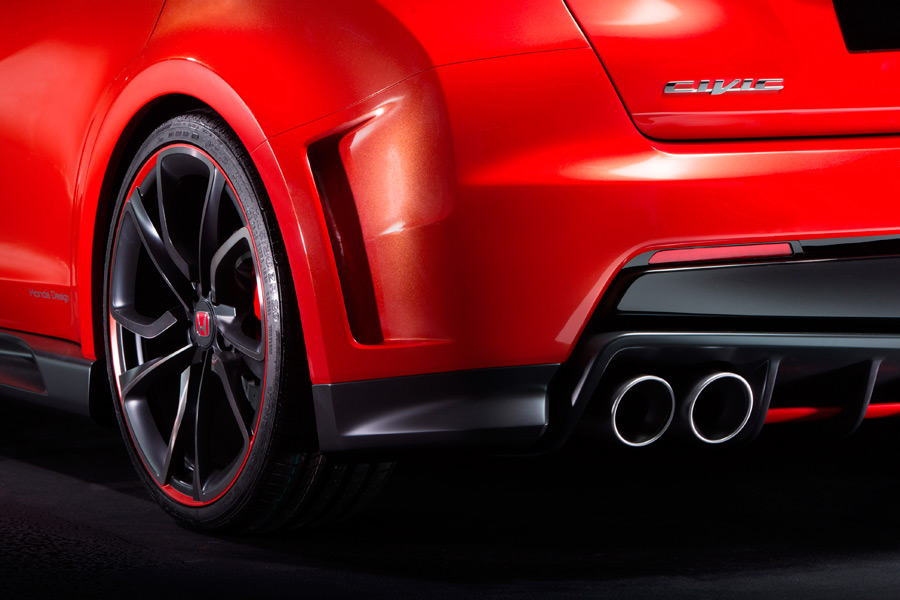 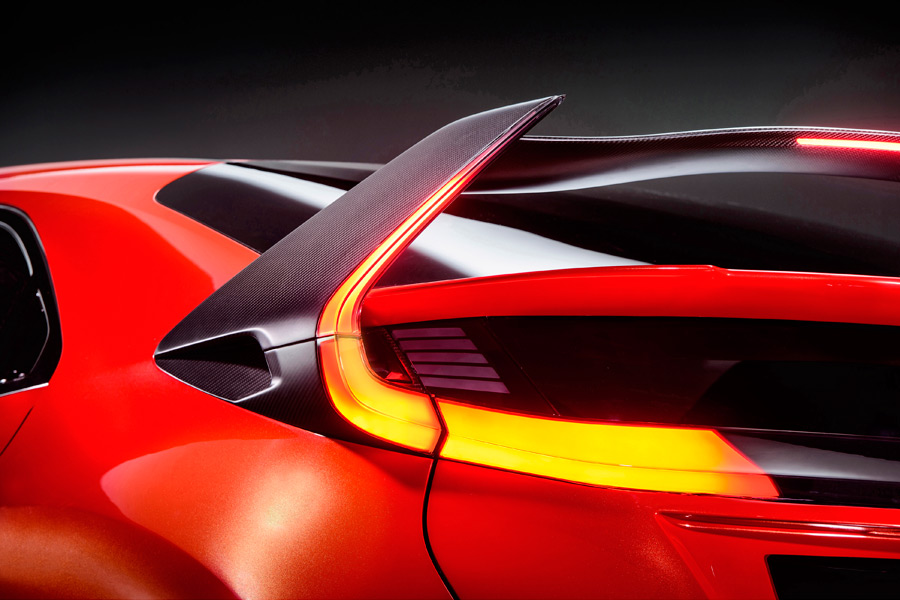