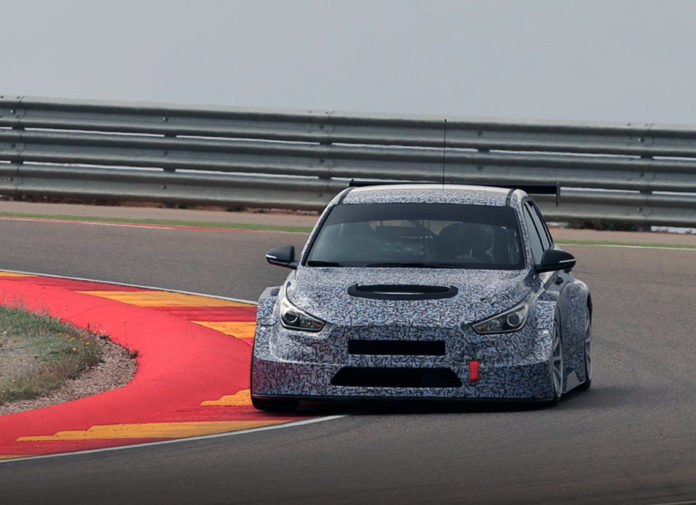 About half a year ago, Hyundai Motorsport thought that it would be fun if they could build their own touring car and enter the TCR Series. This is what they came up with, the i30 TCR which made its first real track outing last month at Motorland Aragon in Spain.

The private test served as a shakedown for the brand new machine. Over the span of 3 days, engineers gathered data on the car’s behavior, tested multiple engine map settings, and set a base setup for the i30 TCR. WTCC champion Gabriele Tarquini then lent his talent and services as Hyundai Motorsport’s test driver, providing valuable feedback on the car’s characteristics. 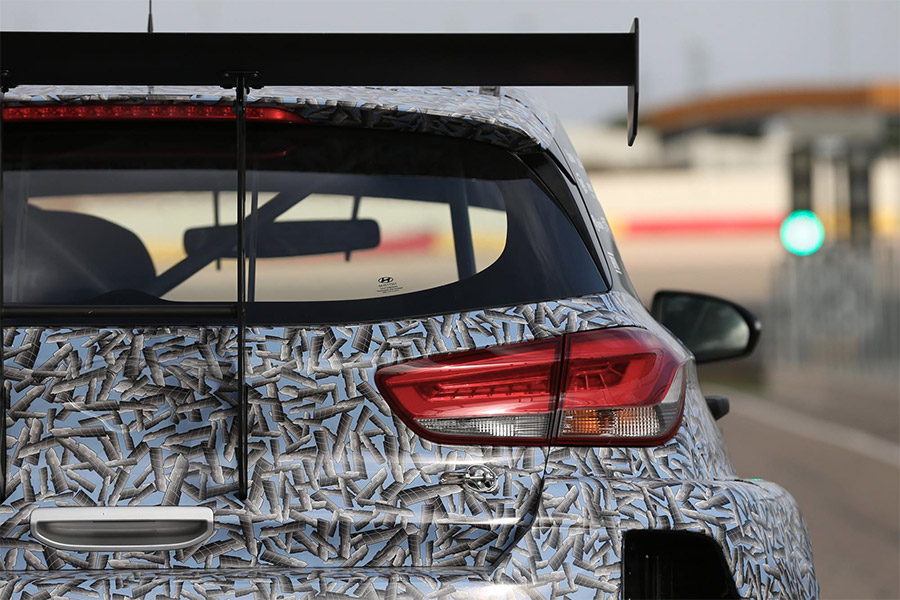 This also gave us a first glimpse of their new touring car that, despite the camouflage, looks all business with its huge fender flares, massive rear wing, and hood vent.

It was said that the circuit’s 5.3 km layout proved to be the perfect venue for the outing. The mix of slow and high speed corners, hairpin, and long back straight allowed the crew to test the i30 TCR’s performance on all scenarios.

Thankfully, the team was also able to complete the test without running into any major reliability issues.

“The first test of a new car is always a very exciting moment in a project, and to have come through 3 days without a major problem makes it even better,” said Customer Racing Department Manager Andrea Adamo. “We were able to complete all the work that we had set out for the test, which is obviously a nice start to a busy development schedule for the New Generation i30 TCR project.”

Hyundai Motorsport should be back in their HQ at Alzenau, Germany by now. But there’s no time to rest as the testing schedule of the i30 TCR will continue throughout the year. Once everything gets signed off, they’ll then start building the customer cars which is expected to be delivered by December. 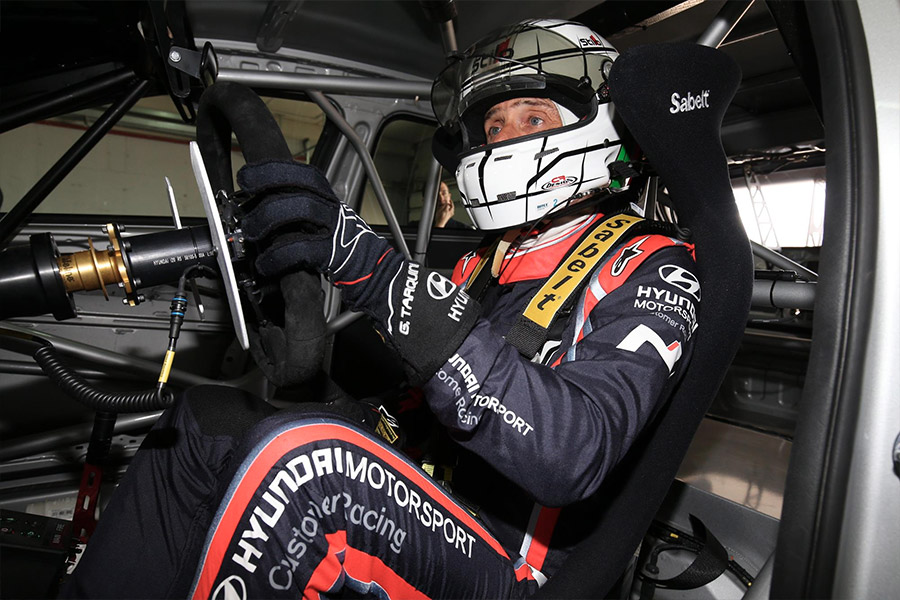