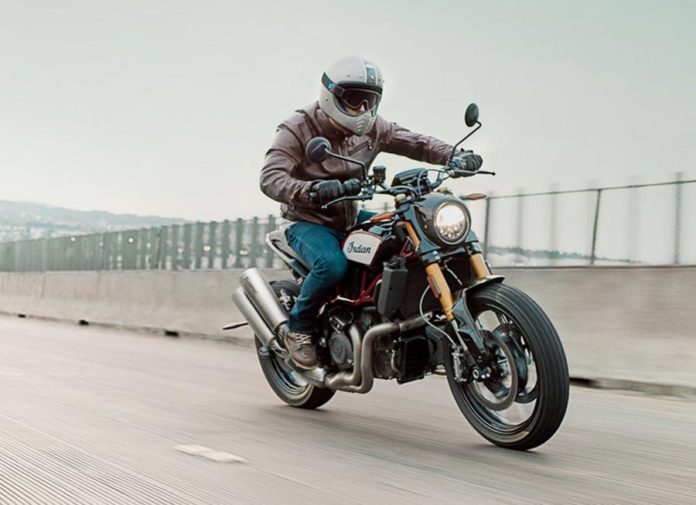 Borrowing a page from the company’s history and success in flat track racing, Indian Motorcycle’s new FTR 1200 and FTR 1200 S brings the brand a step forward into the future, while maintaining its roots to the championship-winning FTR 750 race bike. And now its on sale here in the Philippines, brought in by the Access Plus Group, as their answer to the likes of the BMW R nineT, Ducati Monster, and Triumph Speed Triple.

Both versions house a new 1,203 cc water-cooled 60-degree V-Twin engine within a trellis tube frame, one with 123 hp and 120 Nm of torque that makes sure every rider feels like a pro when they twist the throttle. A flat torque curve delivers progressive, predictable power with loads of low-end punch. It’s also made mostly of magnesium to keep weight low, while a low-inertia crankshaft lets the engine rev freely all the way to the red line. 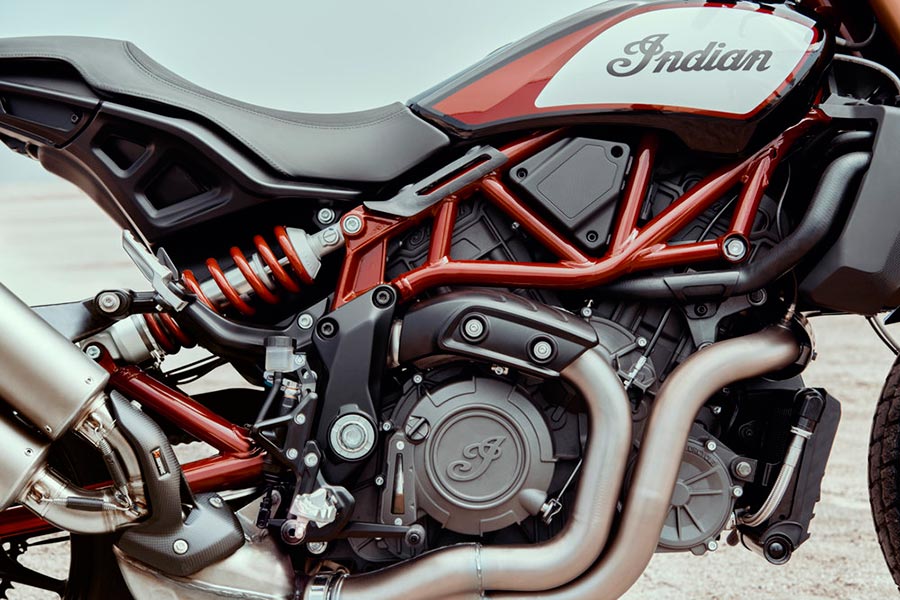 The inverted front cartridge fork and rear shock, are both adjust able for preload, compression, and rebound for the FTR 1200 S model. Brakes, other other hand, are from Brembo with 4-piston calipers upfront that holds onto 320 mm rotors while the rear are 2-piston units with a 265 mm rotor.

Adding even more “race-inspired” goodies, Indian Motorcycle wants you to notice that the rear suspension and swingarm design mimic the FTR 750’s. It doesn’t only look the part, but also ensure maximum grip and compliance even on the roughest of roads. The Dunlop street tires are likewise flat track-inspired as are the aluminum handlebars. 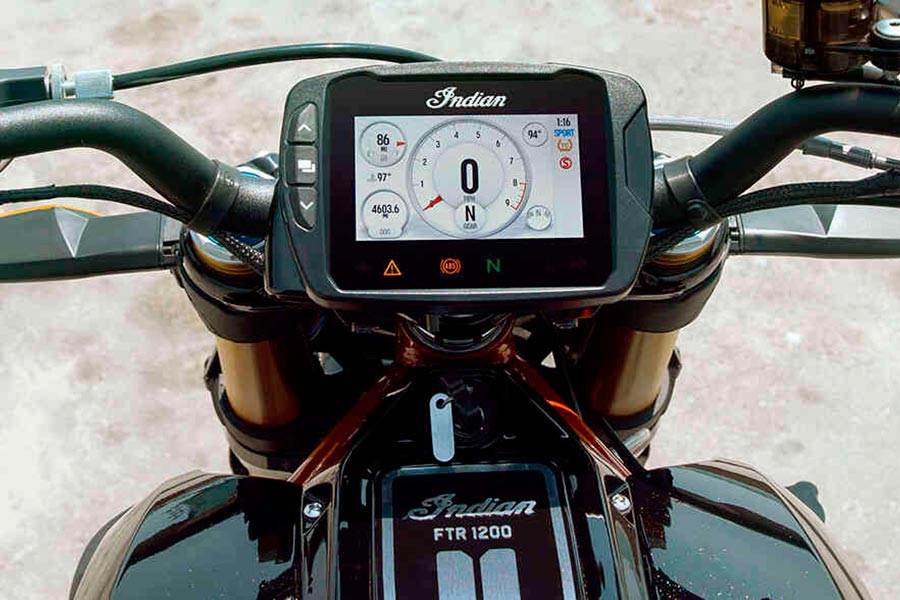 The 4.3-inch Ride Command LCD touch screen does have Bluetooth connectivity for easy pairing. There are also 3 ride modes (Sport, Standard, and Rain) with unique throttle response and traction control settings. Both features, however, are only available in the FTR 1200 S.

Yes, both the front and rear lights are LED units complete with the ‘Indian’ logo. Then there’s ABS, lean-angle sensitive stability control, and wheelie mitigation control. 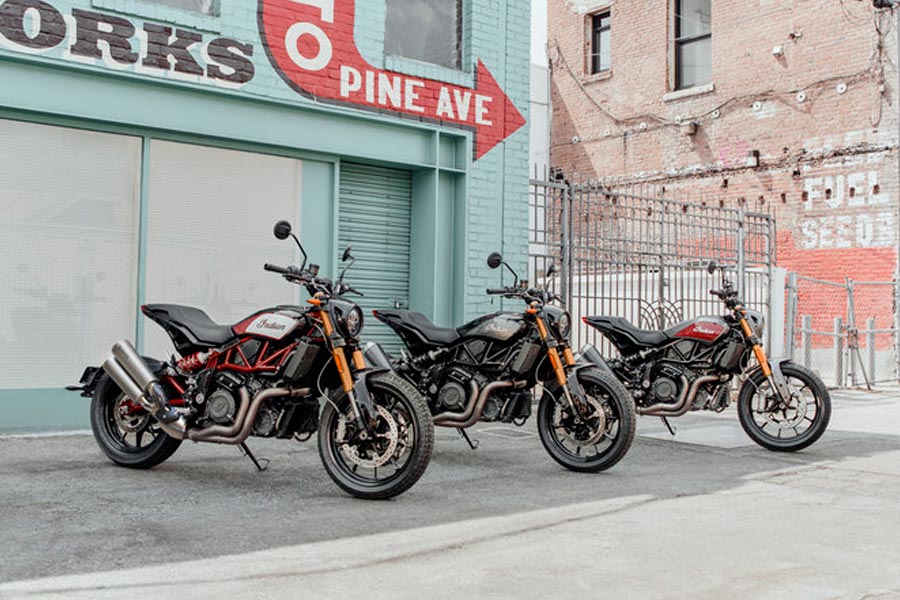 Indian Motorcycle’s new FTR 1200 and FTR 1200 S promises to deliver true flat tracker style with performance to back it up. It’s available in colors of Indian Motorcycle Red over Steel Gray, Titanium Metallic over Thunder Black Pearl, and a Race-Replica of the iconic FTR750 race bike. 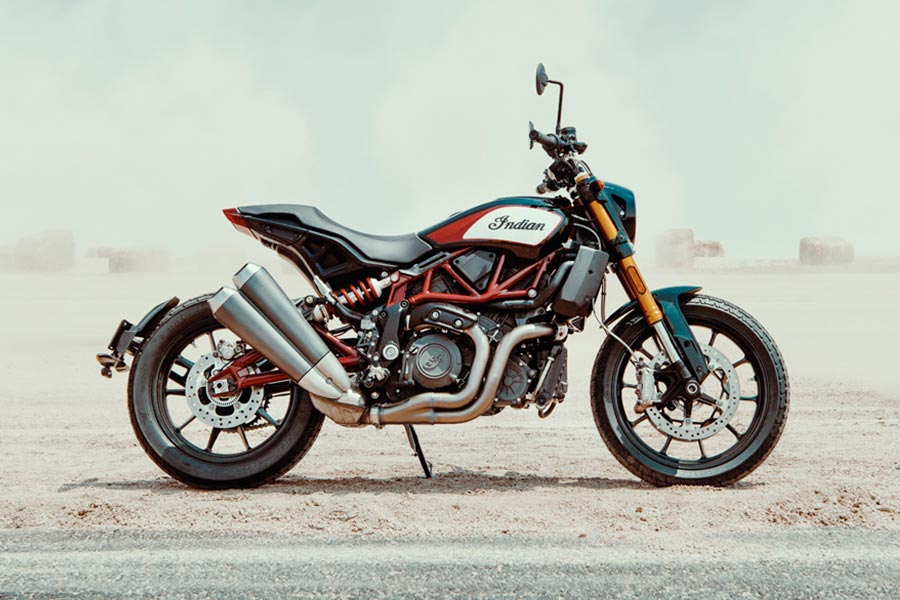 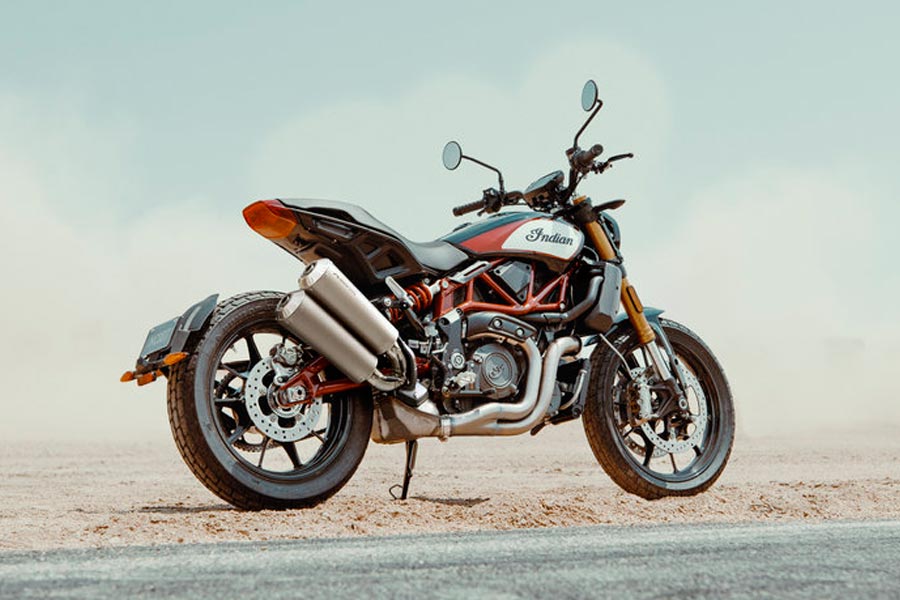 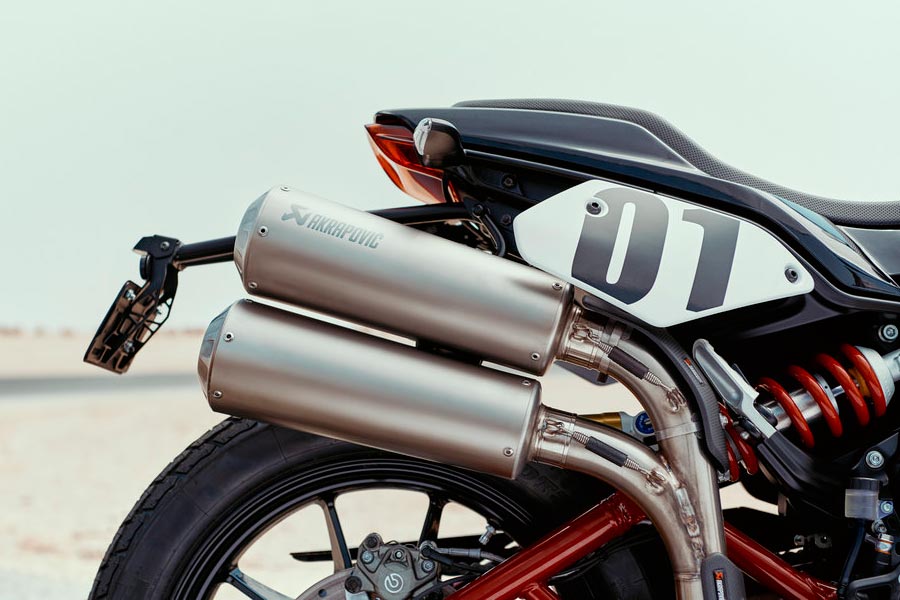 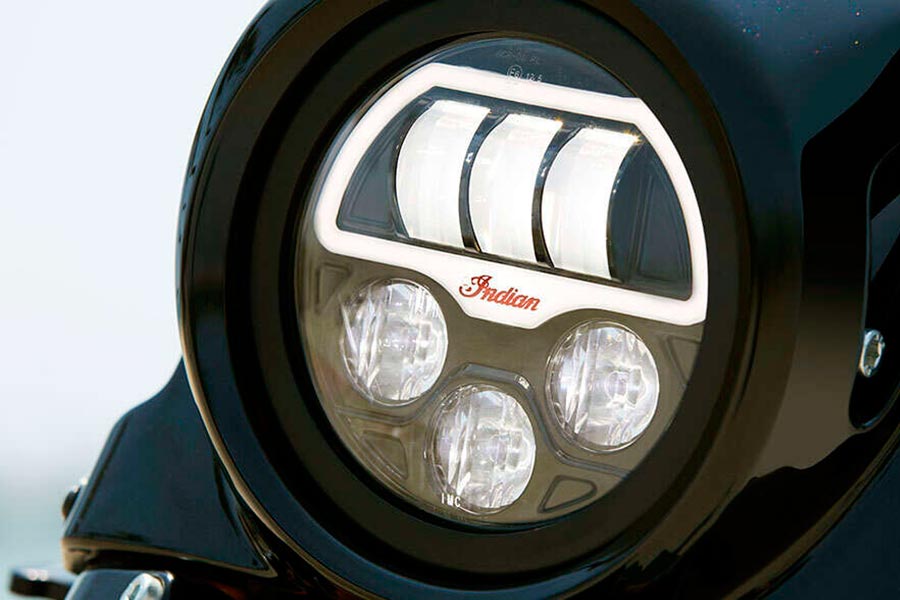 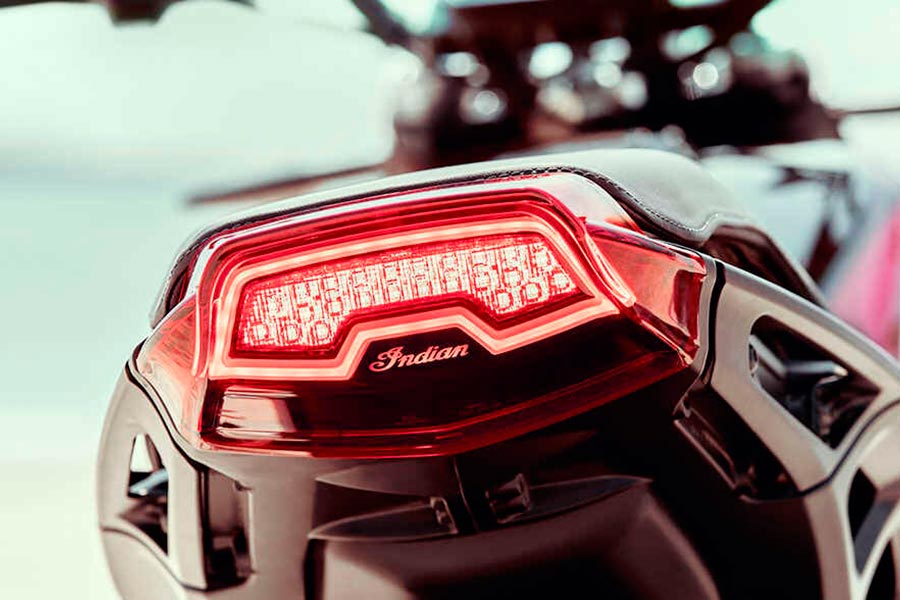 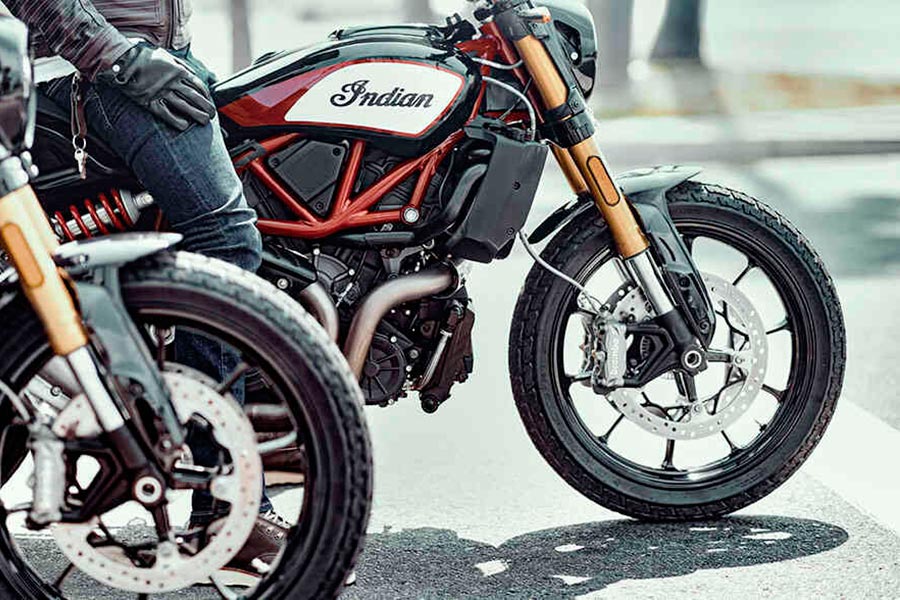 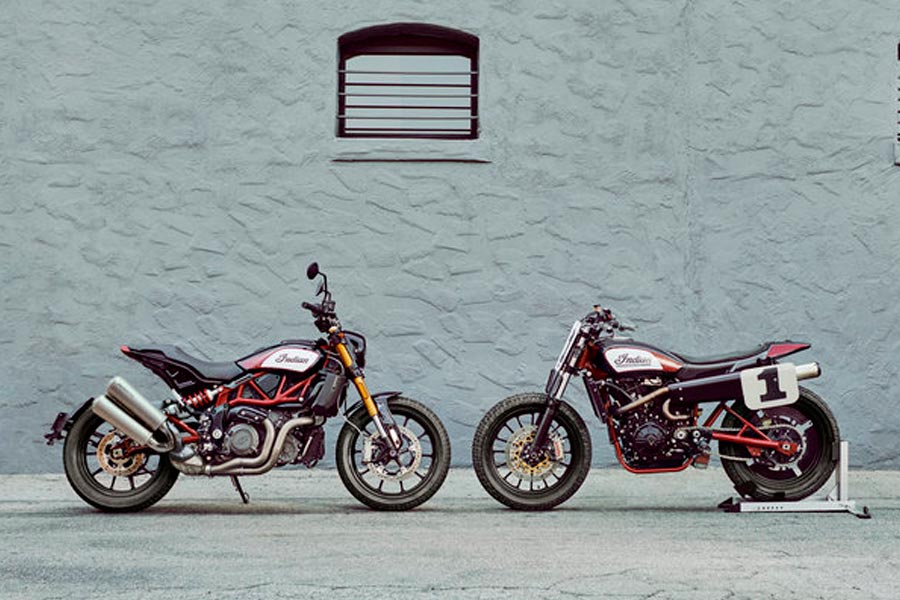 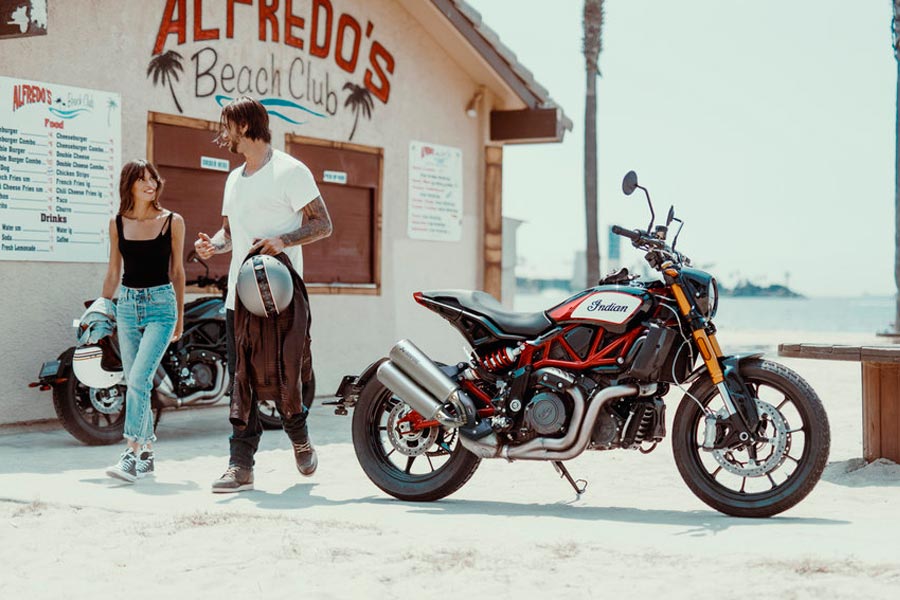