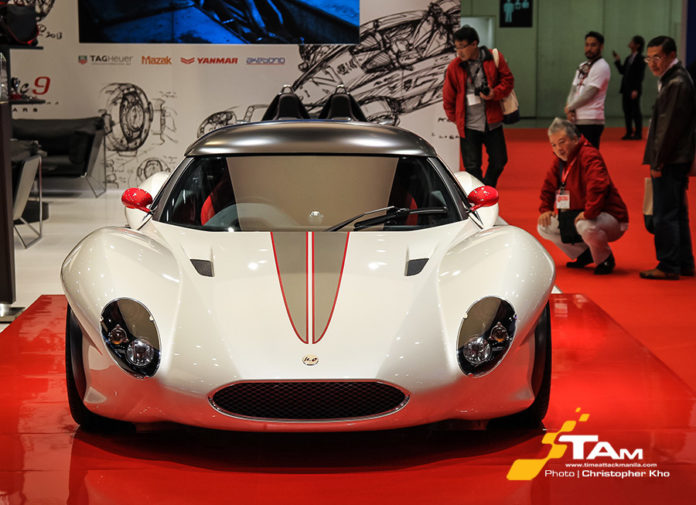 Ken Okuyama definitely has an eye for art. The man’s resume include posts as Senior Designer at Porsche and Design Director at Pininfarina, creating works such as the Ferrari Enzo. But it’s only when he works in his own design studio does Ken’s true genius shine.

This is Ken’s interpretation of the ultimate lightweight sports car, the ‘kode9’, which we personally saw debut at the 43rd Tokyo Motor Show. 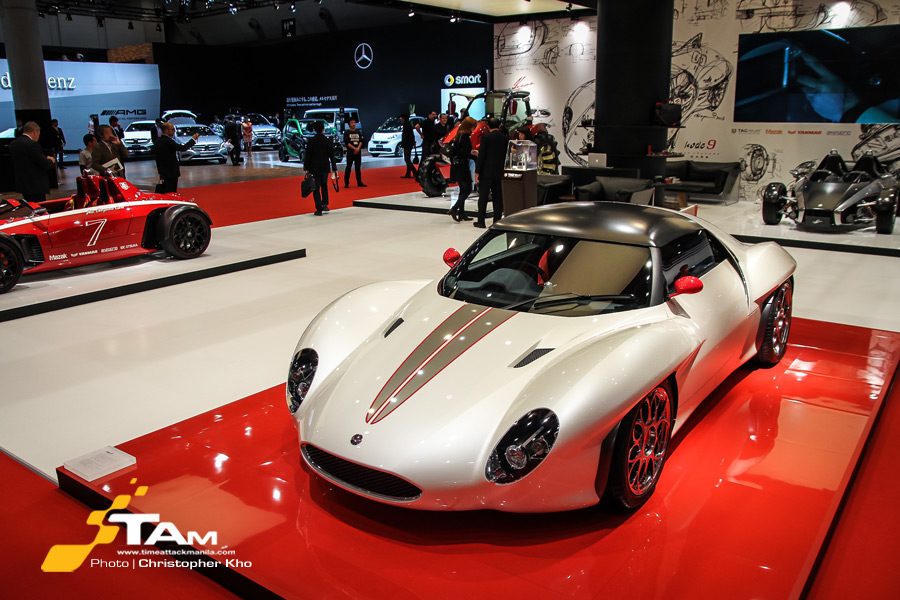 Its shape is heavily inspired by legendary ’60s and ’70s race cars, utilizing ‘stunning but simple proportions’. Also, note the absence of unsightly panel lines, which is evidence of their keen eye on detail. The broad fenders and single vertical fin, on the other hand, makes it worthy to be Speed Racer’s timely Mach 5 replacement.

Ken comments: “This is my message to today’s car industry which seems stuck in a rut of overly complicated lines and styling based on the lowest – common – denominator.” 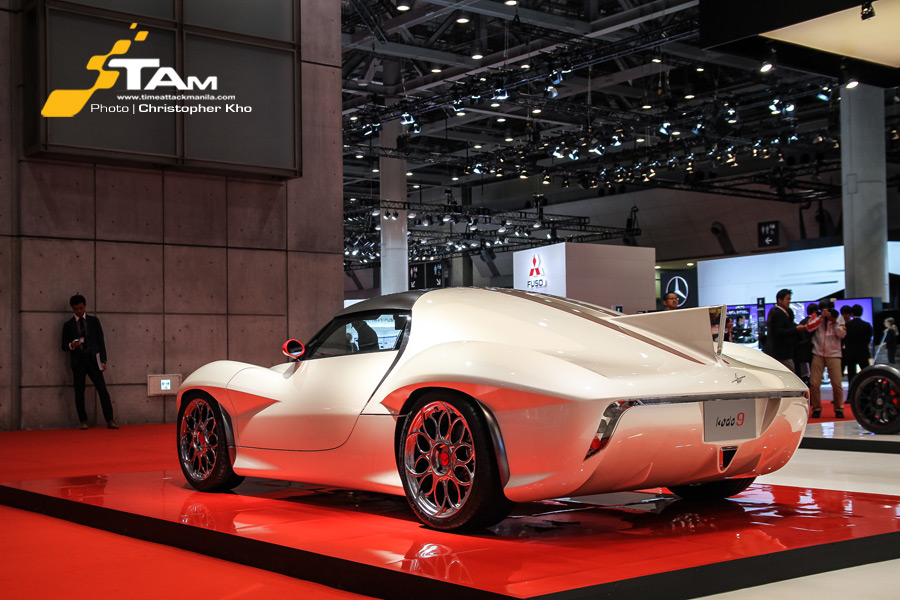 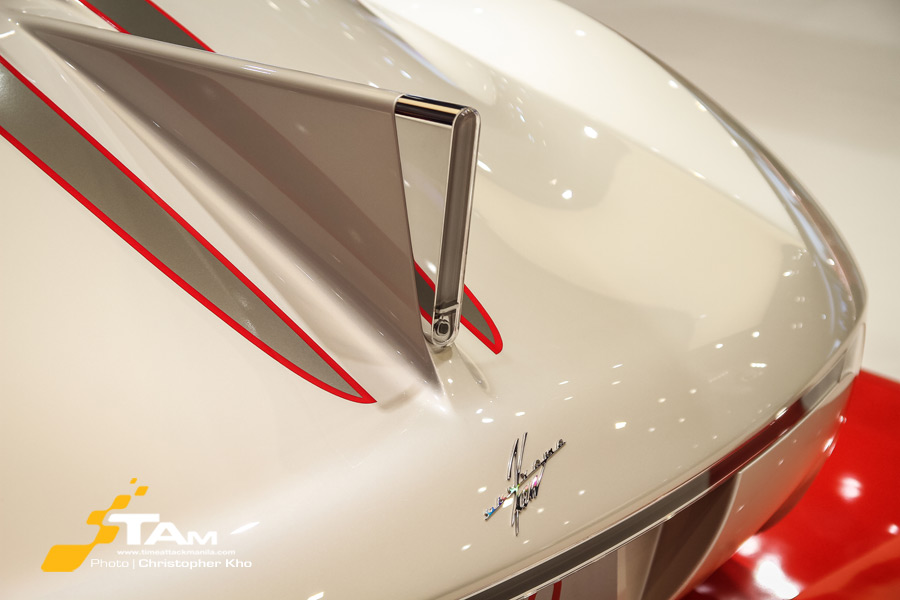 But just because it’s a privateer build doesn’t mean the kode9’s a slouch. They reckon the it’s capable of providing ‘a driving experience to rival some of today’s greatest sports cars.’ What they describe as a “street legal clubman racer” was actually engineered from the ground up by his own design firm, Ken Okuyama Design.

The kode9 sits on a lightweight aluminum chassis with carbon fiber front and rear subframes. Meanwhile, all suspension components are fully adjustable with 4-pot Akebono brake calipers on all 4 corners. They then sourced an HKS-supercharged K20 2.0L 4-cylinder engine that produces 370 hp for a coupe that only weighs 890 kg. 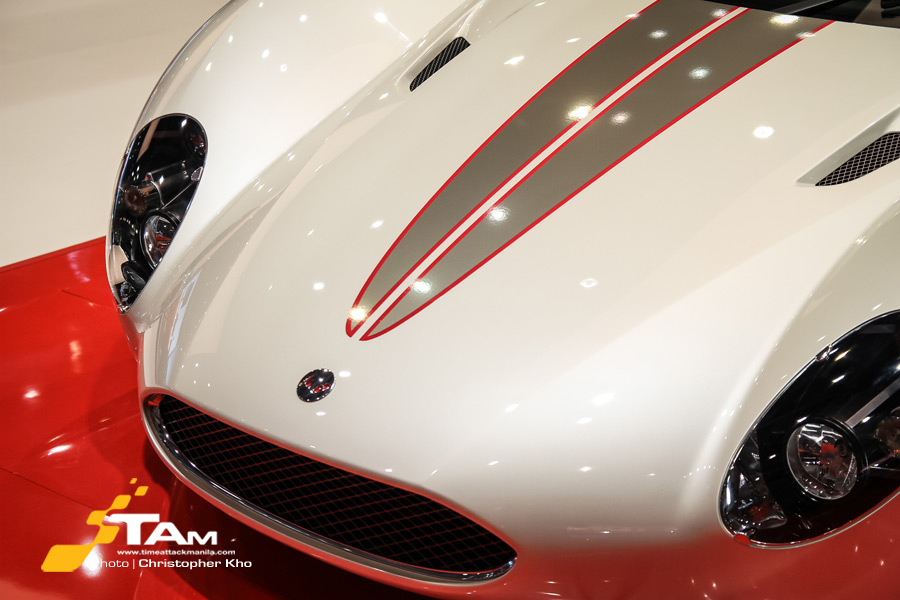 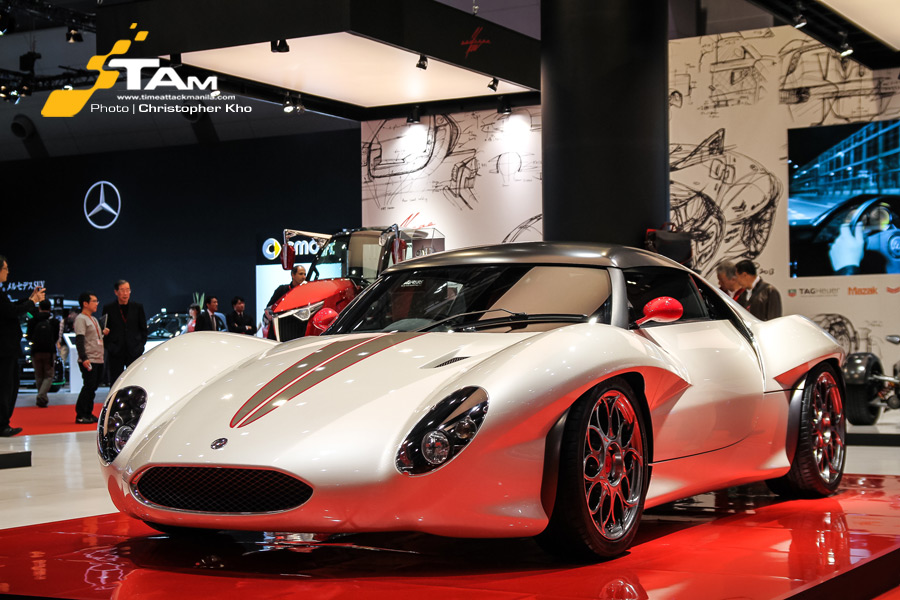 Oh, Ken is also a big fashion nut, so the TAG Heuer Carrera CMC kode 9 Limited and Boston Bag that he designed himself is included in the car.

For those who prefer something more extreme… more hardcore… more mental, there’s the ‘kode7 Exclusive’. 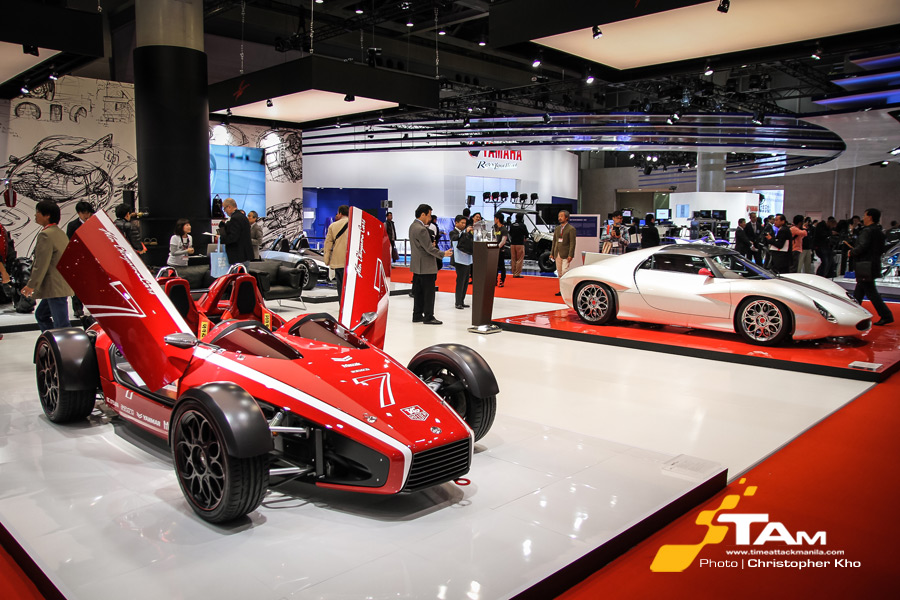 This open-top speedster is based on a Lotus Elise R chassis like the ‘k.o7’ from a few years back, except for some minor revisions. With an aluminum and carbon fiber body, minus a roof and wheel fairings, just imagine how light this monster is, not to mention how quick. They, however, used a less-powerful 230 hp 2.0L 4-cylinder unit for the kode7, probably to lessen the chances of it killing its unsuspecting would-be owner.

We’d like to point out that the exclusivity of owning one of these hand-built sportscar doesn’t come cheap. While the pricing for the kode9 has yet to be announced, the kode7 does carry a mind-numbing ¥25 million price tag (P10.5 million). But just imagine the stares when you roll down the street with one of these bad boys. 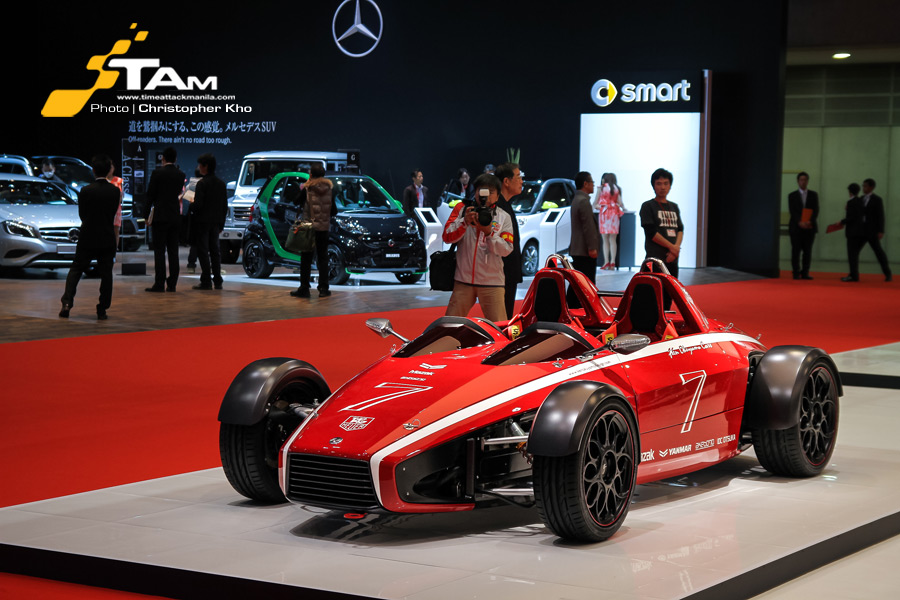 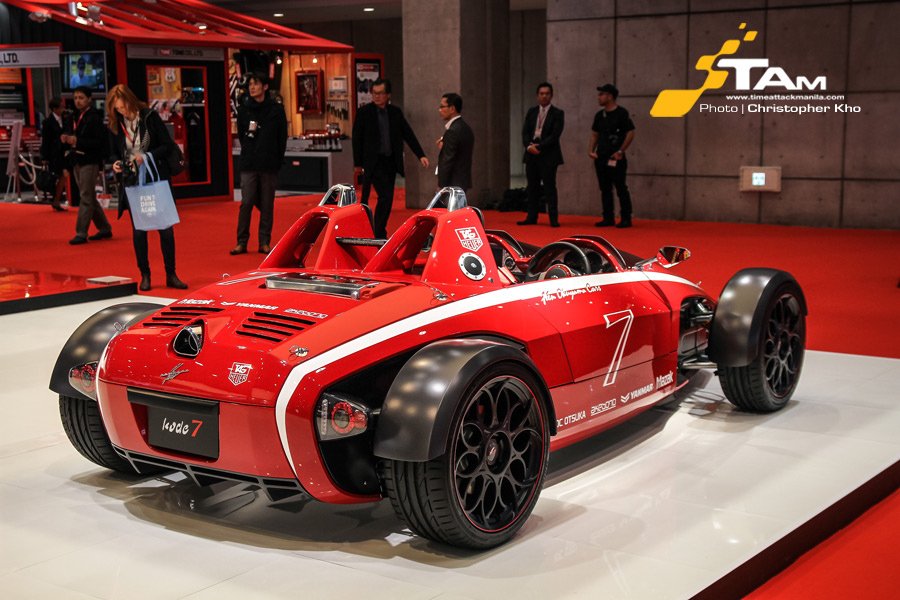 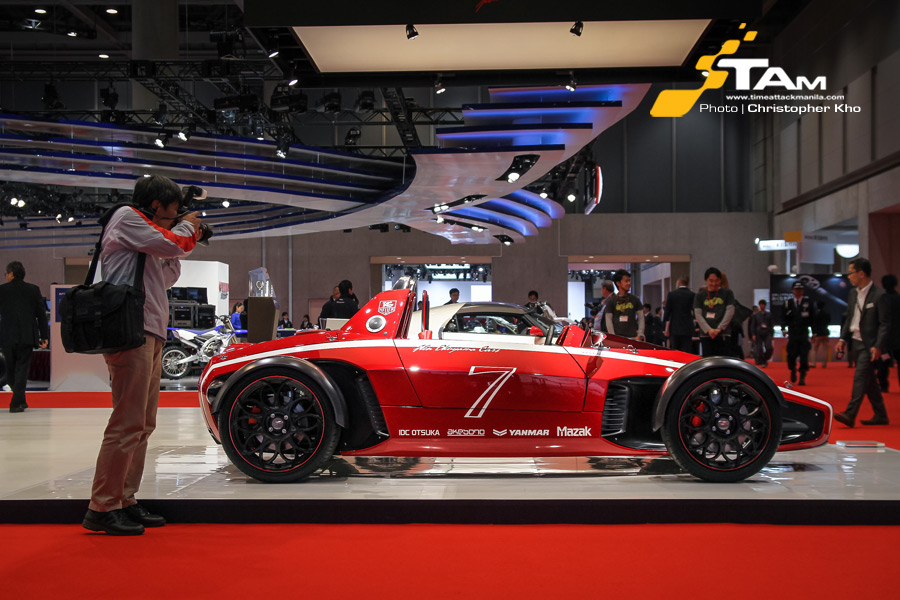 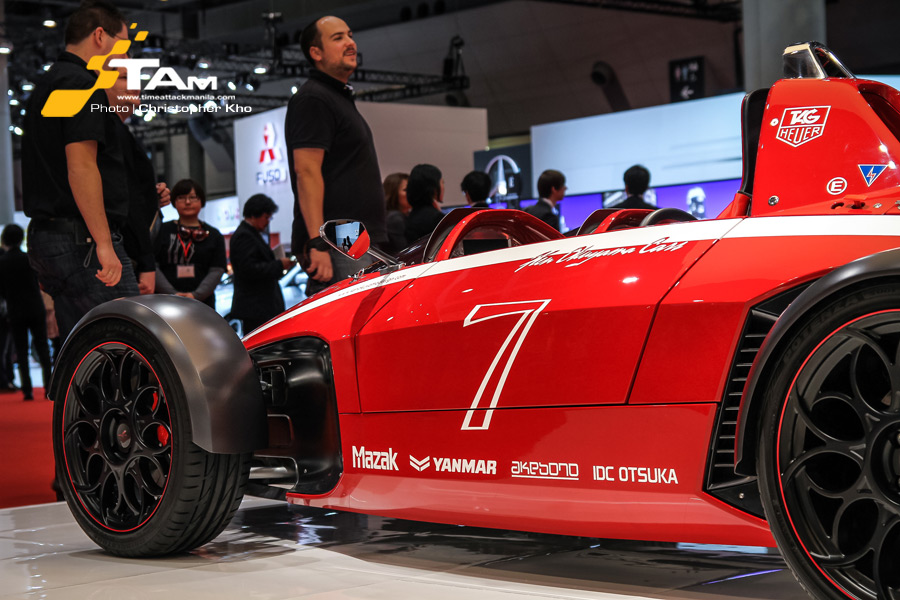 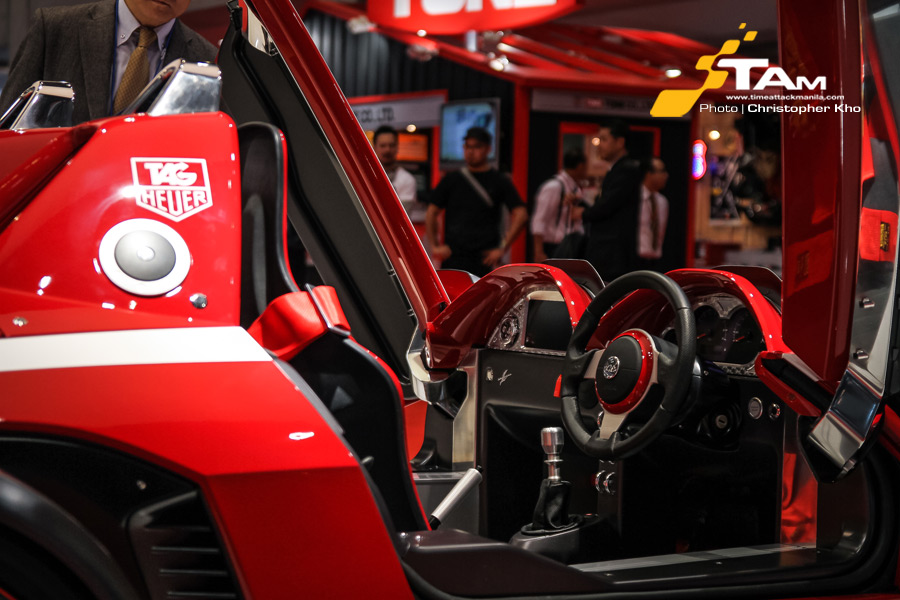