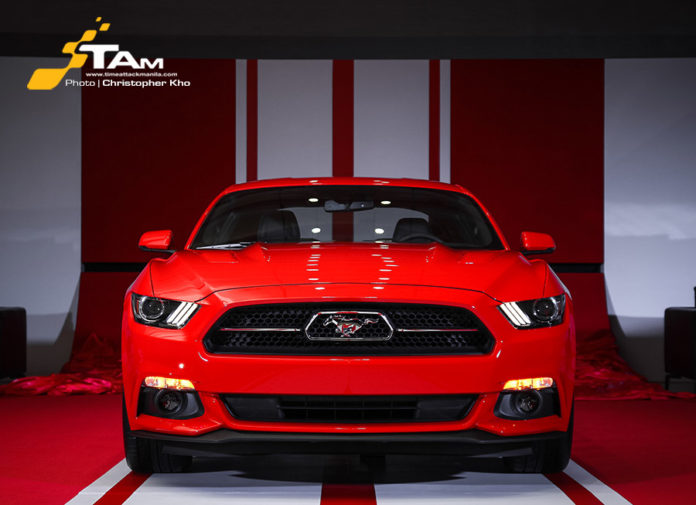 To commemorate the ‘Stang’s 50th anniversary, which first saw the light of day in 1964, Ford decided to build just 1,964 examples of the ‘Mustang 50 Years Limited Edition’ models – 64 of which will find their way to the Philippines. And this is the very first one on home soil. 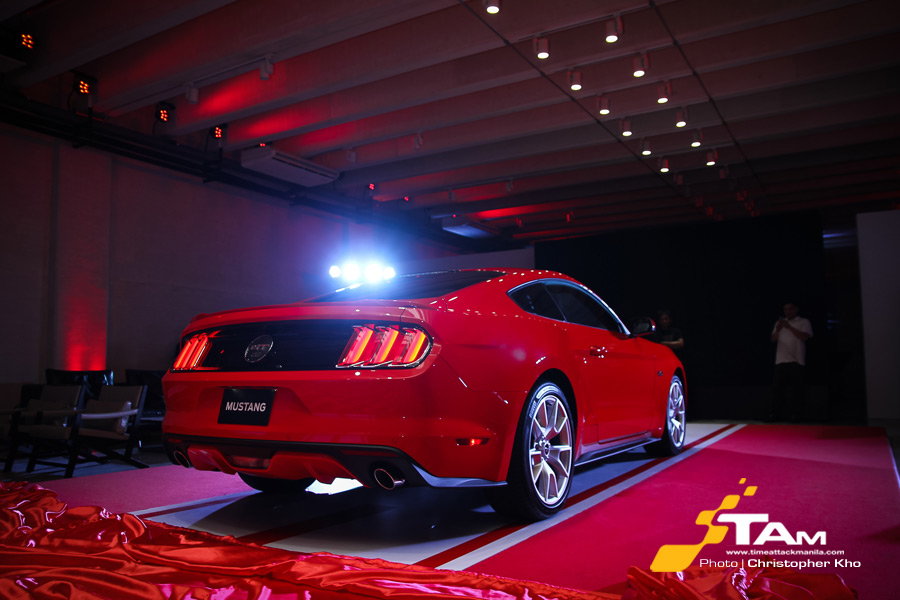 This special Steed comes with limited edition parts that pays homage to the original ‘Stang, which Ford promises to never offer again… EVER. That means you won’t be able to buy these items as a dealer option. The list includes a retro 50 Year grille, a faux 50 Year gas cap badge on the trunk, and an exclusive 50 Year badge on the instrument panel.

The special 19-inch aluminum wheels are likewise meant to mimic the chromed steelies from the original, as is with the chrome tail lamp surrounds.

While stocks are not expected to arrive until Q1 of 2015, all anniversary edition ponies will be flexing a 5.0L V8 Ti-VCT muscle under the hood, one that punches out 435 hp and 542 Nm of torque. All will also be packaged (sadly)with a 6-speed SelectShift automatic transmission.

No, the 6-speed manual version will not be made available locally. *sniff sniff* 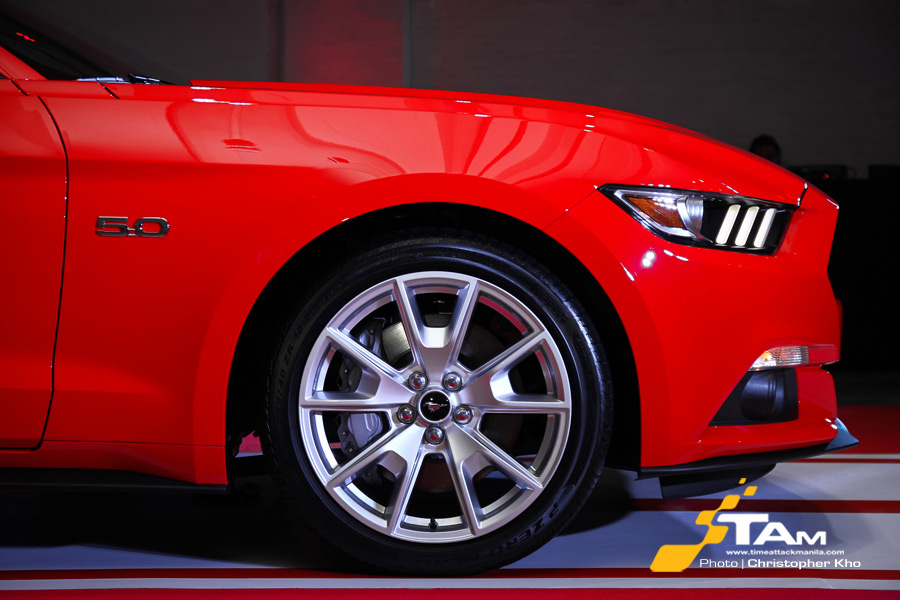 As we understand it, all 50 Years Limited Editions should be equipped with the GT Performance Pack. But that doesn’t seem to be the case with the local units… or at least that’s what we think. The package lists items such as a strut-tower brace, oil pressure and vacuum gauge pack, and Brembo 6-piston front brake calipers – all of which we did not see on the model on display.

This anniversary model is also said to be offered in only 2 colors in the US: Wimbeldon White (the same color of the very first Mustang) and Kona Blue, but we get more choices here in the Philippines. The options here are Oxford White, Race Red, Black, Triple Yellow, Competition Orange, and Magnetic Metallic. 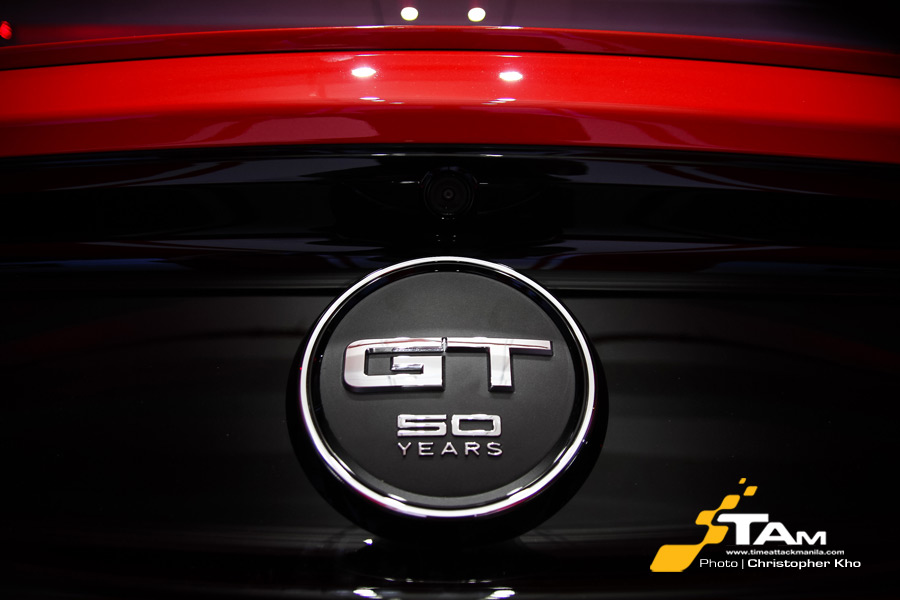 If you want one of the 50 Years Limited Edition all-new Mustang, be prepared to cough up P3.099 million for one of these bad boys… that’s if the all 64 local units are not yet spoken for.

But you’re willing to wait, Ford Philippines should have the EcoBoost 2.3L and standard 5.0L V8 versions later in 2015 without a limited run. 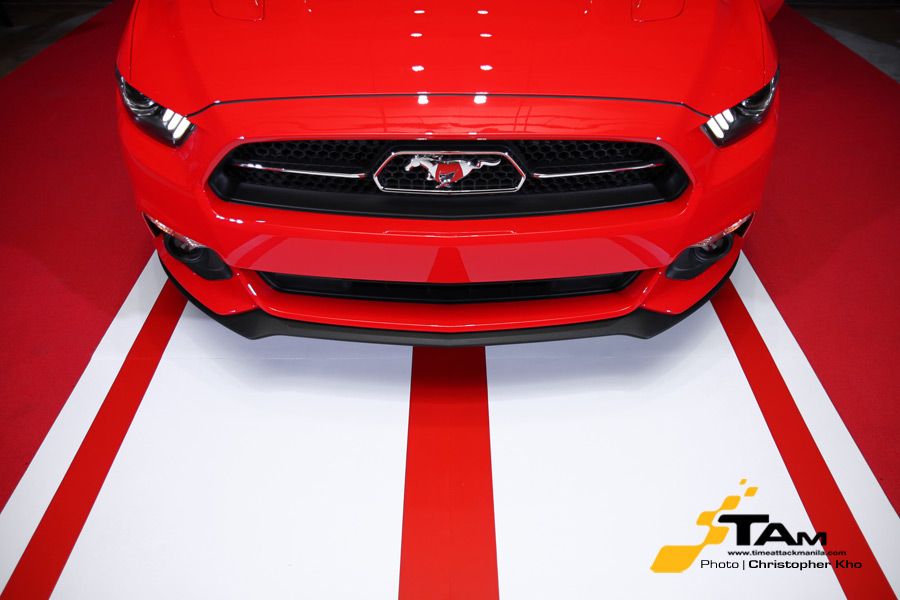 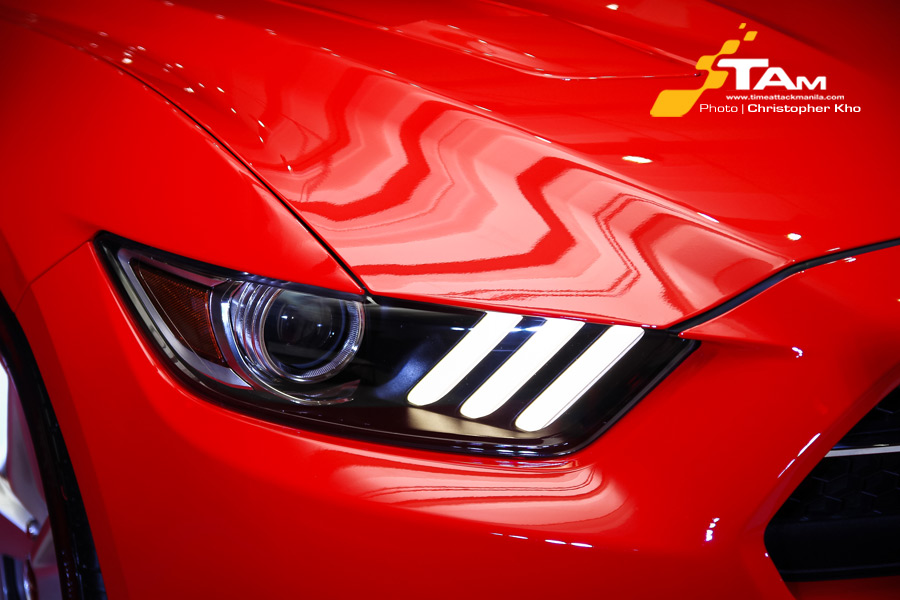 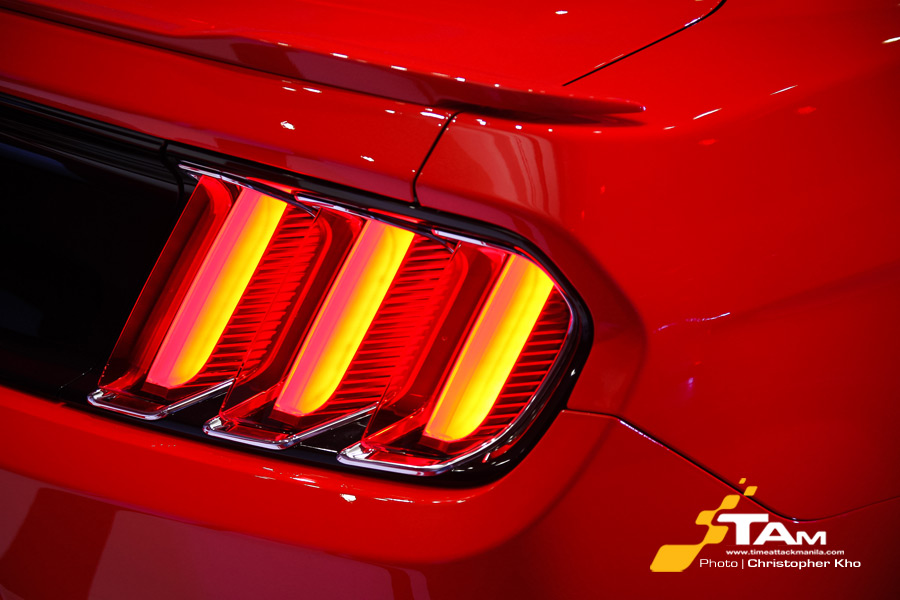 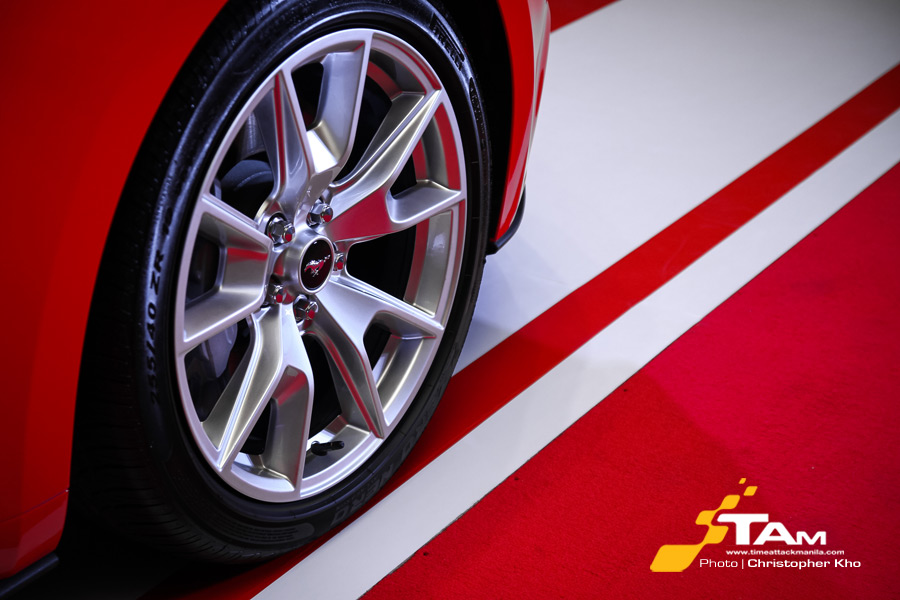 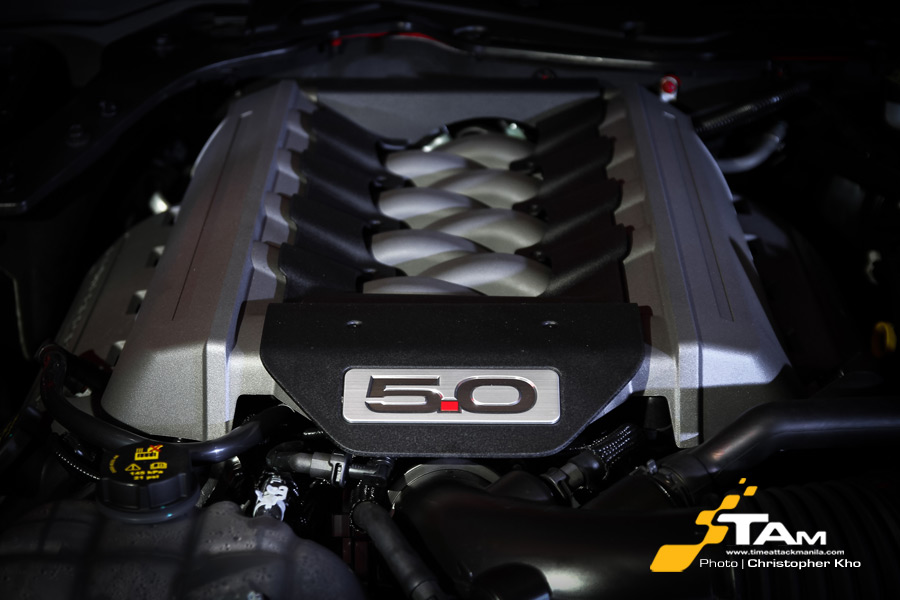 How many Mustangs did Ford Philippines sell in 2017?