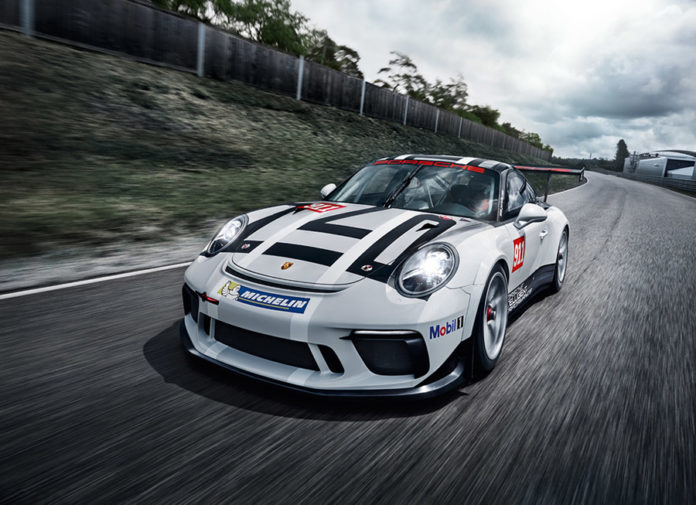 The current 991-based GT3 Cup car has been racing around the globe since 2013 and is in dire need of a replacement. Next year, Porsche will finally have one ready based on the current 911 platform dubbed as the 991.2.

The looks department is not a big departure from the old 911 GT3 Cup car. A new front apron and rear bodywork is said to improve downforce while the 1,840 mm rear wing remains unchanged. Wheels, tires, and track width are also carried over from the old machine. It still rolls on one-piece central-locking 18-inch rims fitted with 270 mm wide sticky Michelin slicks up front and 310 mm for the rear.

Porsche engineers, however, have added an enlarged rescue hatch on the roof. This allows rescue teams to pull a driver out after an accident. Hopefully, there will be no instances that it needs to be used. 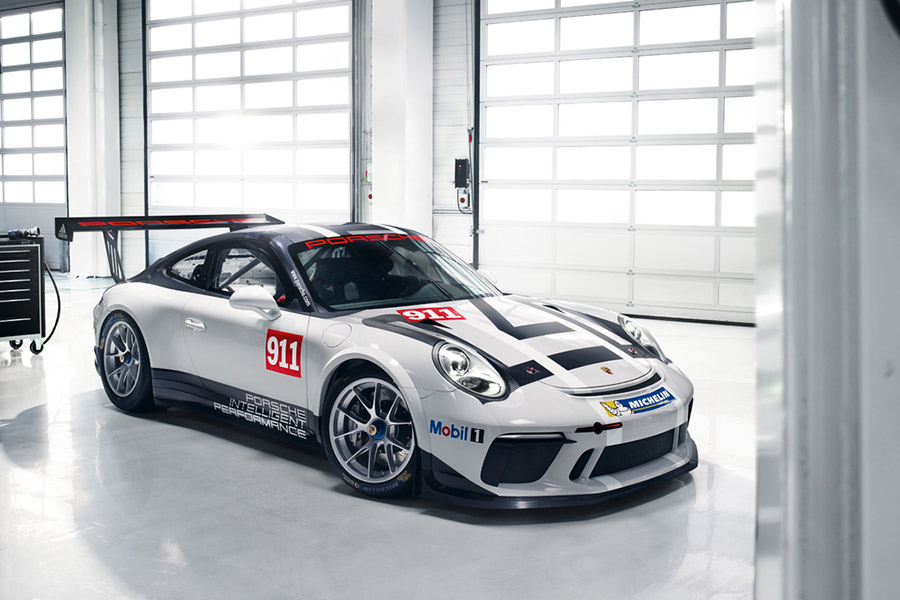 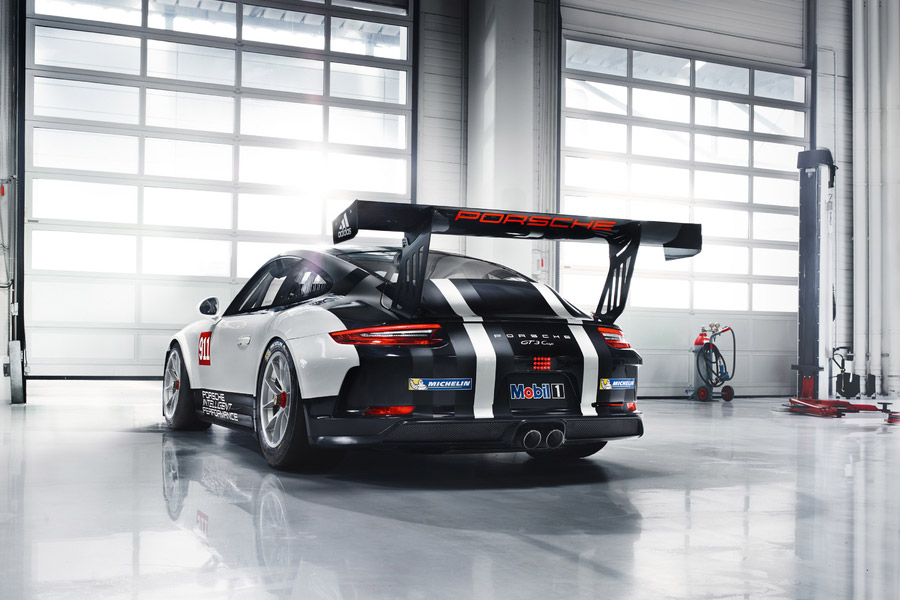 What’s really new about the new 911 GT3 Cup car is what sits behind the rear axle. They’ve chucked out the old 3.8L flat-6 in favor of a more potent 485 hp 4.0L engine borrowed from the 911 R. This unit is equipped with a ‘valve drive with rigidly mounted rocker arms’ and a ‘central oil feed’ which apparently a first for a Porsche. There’s also an integrated oil centrifuge that optimizes de-foaming and a more robust crankshaft.

All this contributes to better engine performance, improved efficiency, and better durability that should reduce overall maintenance costs.

The new 911 GT3 Cup car will be put into service in 2017, initially with bigger series such as the Porsche Mobile 1 Supercup and Porsche Carrera Cup Deutschland. It’ll only be in 2018 until the updated machinery gets to other Carrera cup events in the world. 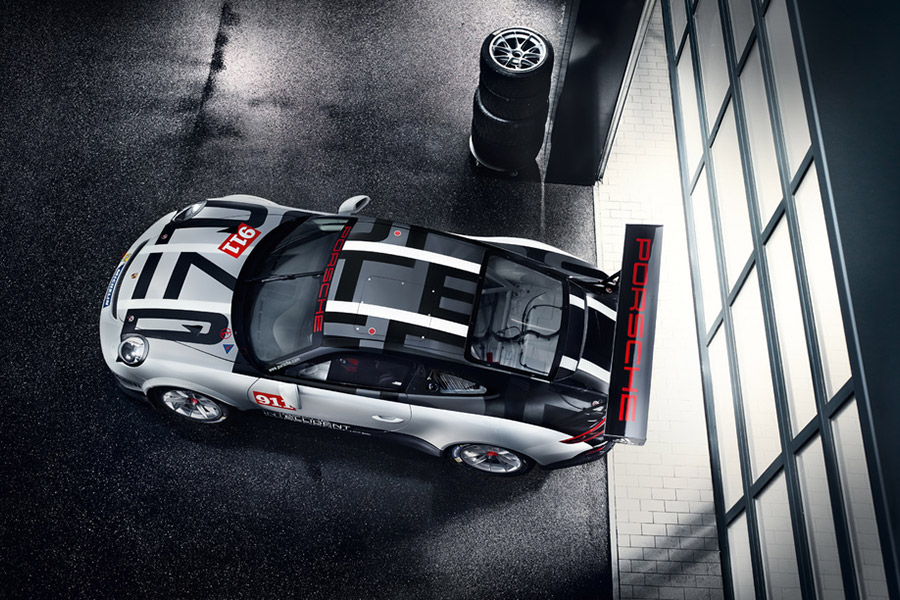 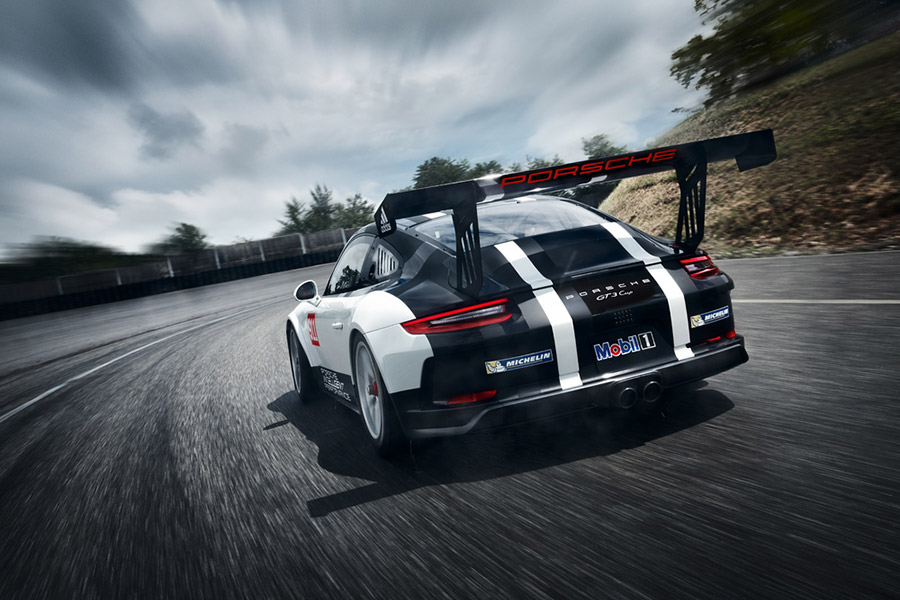 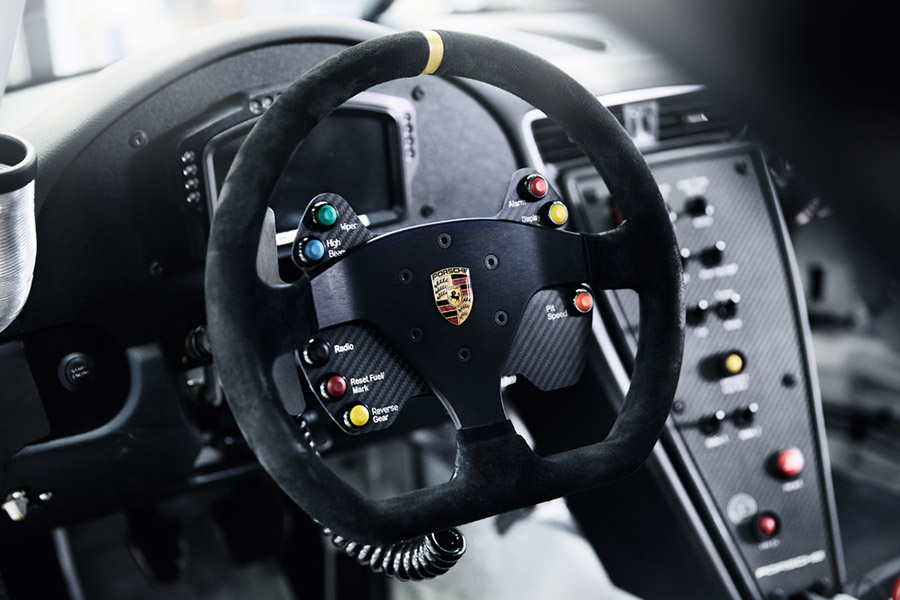