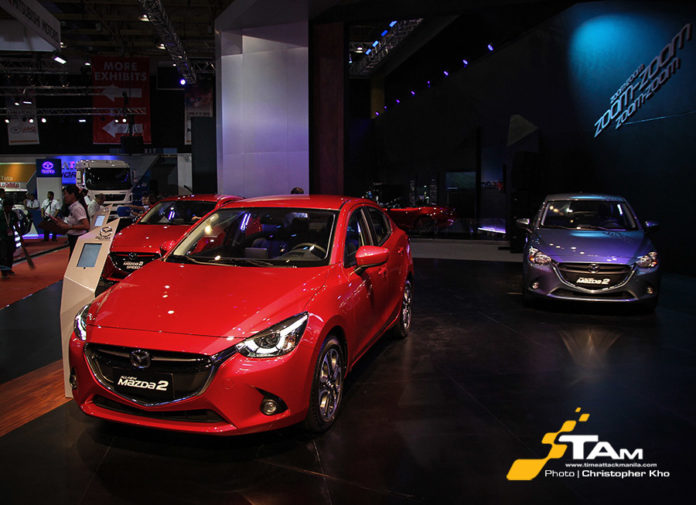 Although we’ve already seen it in photos, nothing beats seeing the all-new Mazda 2 in the sheet metal. And anyone who visited the 2015 Manila International Auto Show (MIAS) must have checked out this cute ‘lil number.

When stocks arrive in July 2015, this will become the smallest, and most affordable, model in Mazda’s local line-up. But that doesn’t mean they’ve skimped on the good stuff. Like the rest of its siblings, the all-new Mazda 2 was also built from the ground up with the brand’s SKYACTIV Technology and KODO – Soul of Motion design theme. Except this time, it’s wrapped in a subcompact package, with either 4- or 5-doors. 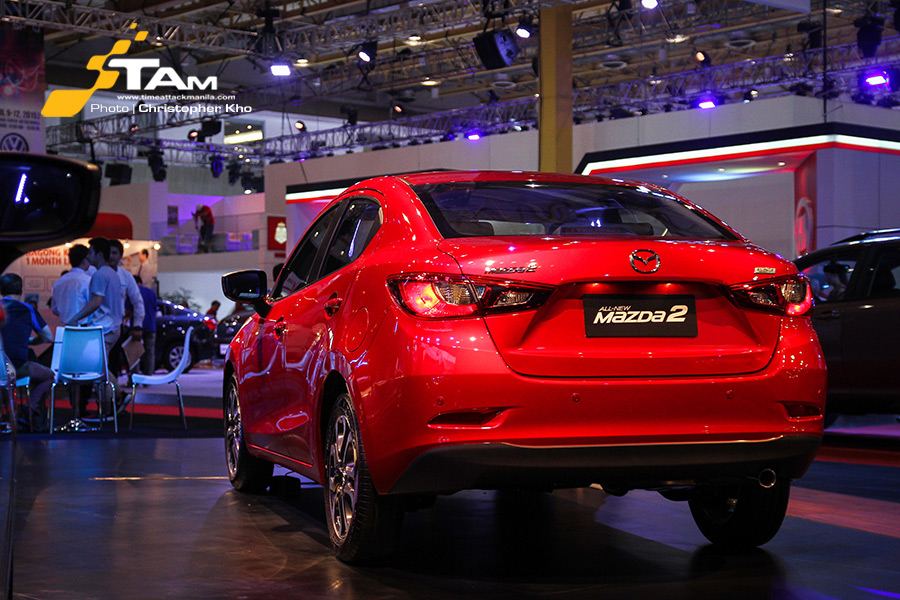 If you think that the all-new Mazda 2 looks like a shrunk-down version of the 3, well… you’re not wrong. It flaunts a fairly similar signature wing grille, striking headlamps, and ‘KODO’-inspired character lines, which is good. Like all the other KODO-fied Mazdas before it, this hot little number looks damn good especially with those 15- or 16-inch wheels.

As with the interior, this subcompact also has that 2-zone driver-focused cabin we’ve come to love in the 3, 6, and CX-5. But only the top-of-the-line Sedan SKYACTIV R version is fitted with the fancy head-up display (HUD), 7-inch touchscreen, and rotary commander on the center console. The ‘more affordable’ models though get a smaller 3.5-inch monitor. On the flip side, they’re fitted with digital tachometers, while the Sedan SKYACTIV R’s tach is analogue. 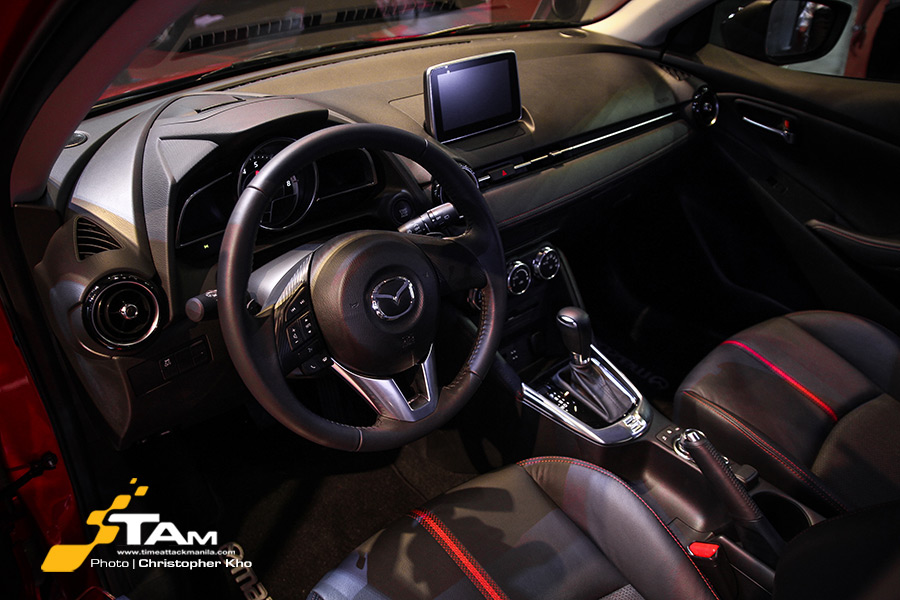 Mazda reckons that the all-new 2 has so much boot space, 280L to be specific, that it can fit a large suitcase or standard-sized baby stroller. But with the rear seats folded flat, it can swallow up as much as 950L of cargo.

The new car is 140 mm longer and taller than the old model, with a 80 mm increase in wheelbase, which means that there’s more wiggle room inside. But with the use of lighter, stronger materials it’s 7% lighter and tips the scales at only 1,043 kg max. The SKYACTIV-Body is also 22% stiffer, that when combined with the revised suspension and SKYACTIV-Chassis is said to give the all-new Mazda 2 a smooth ride and great handling.

Those same characteristics should also make the all-new 2 a very potent track car. Don’t you think so Edwin Rodriguez? Maybe you’d like to race this in the 2015 Philippine GT Championship. *hint hint* 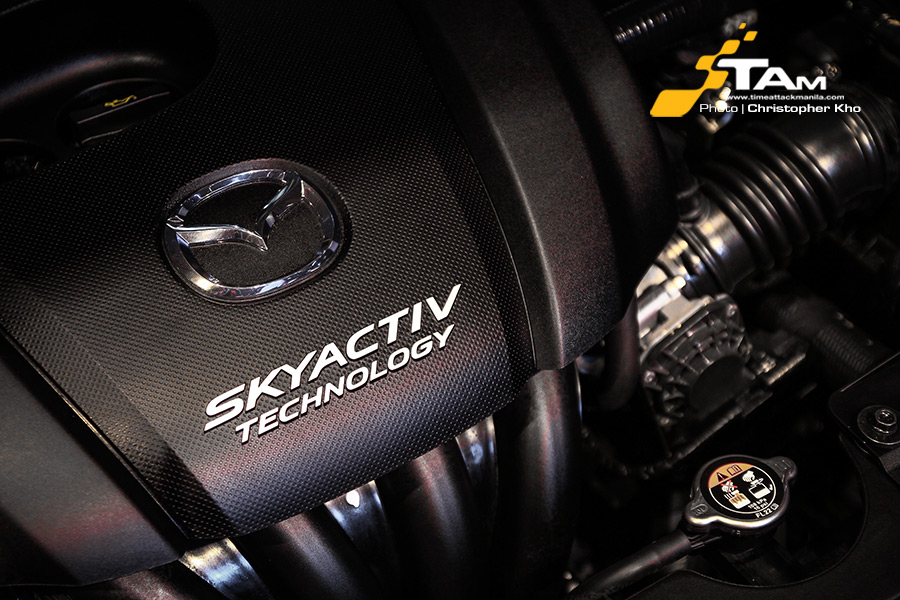 Depending how you look at it, the local version ‘only’ gets 1 engine option and that’s the SKYACTIV-G 1.5L 4-cylinder engine with 108 hp and 139 Nm of torque. There’s also ‘only’ 1 transmission on offer, a SKYACTIV-Drive 6-speed AT with Sport Mode that Mazda claims to deliver “the same direct, quick shifting manual-like feel.”

In our eyes, the sedan version of the all-new Mazda 2 is the prettier of the 2. That’s probably why Mazda Philippines is offering 3 versions of it, as opposed to the lone version available for the hatchback. And as of launch date, the base SkyActiv S 4-door is listed at P795,000, while the better-equipped SkyActiv V 4-door comes in at P855,000. The extra cash gets you features such as EBD, DSC, Rear Parking Sensors, and Bluetooth Connectivity. The top-of-the-line SkyActiv R 4-door, however, costs P925,000 and that gets you all the high-tech goodies plus leather.

If you want one, you can inquire, book a test drive, or buy the all-new Mazda 2 through AutoDeal.com.ph. 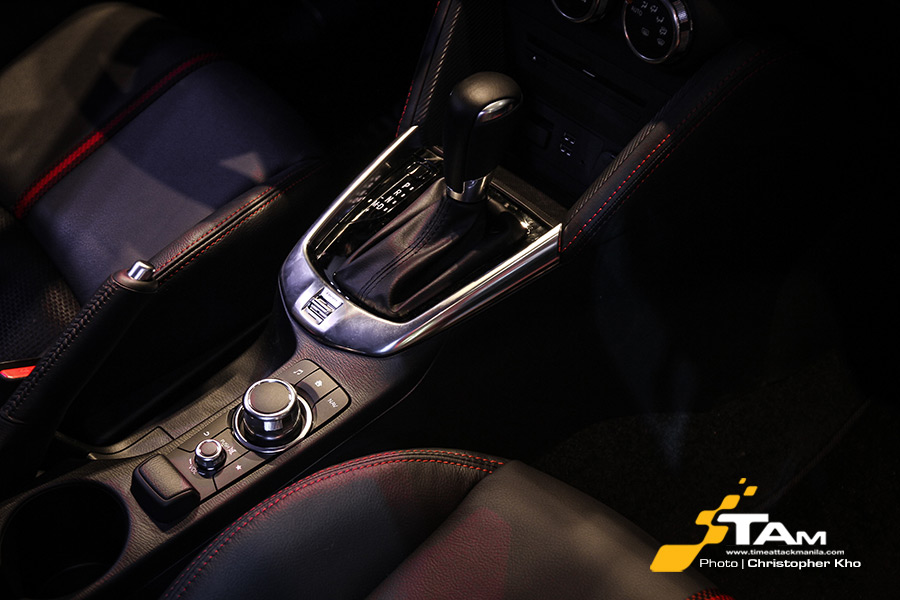 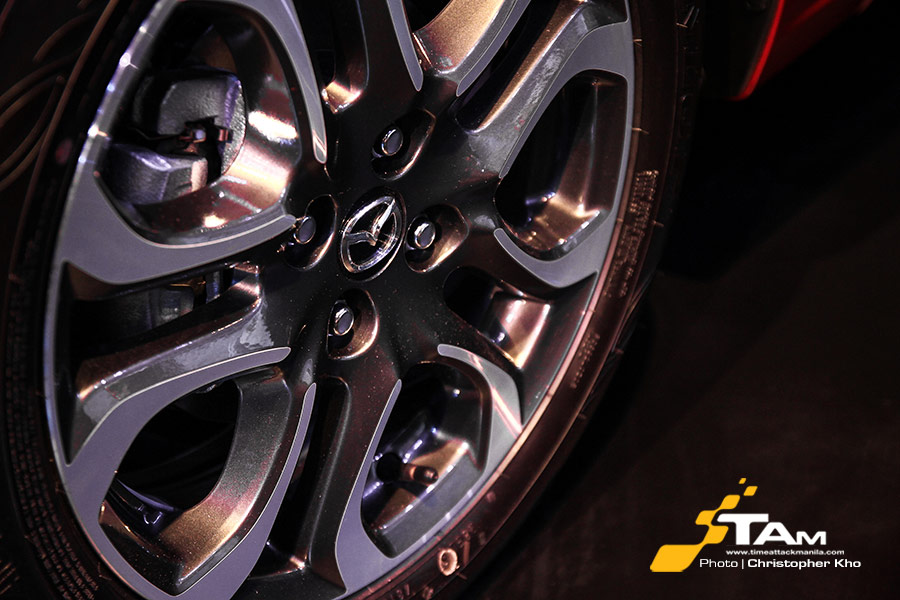 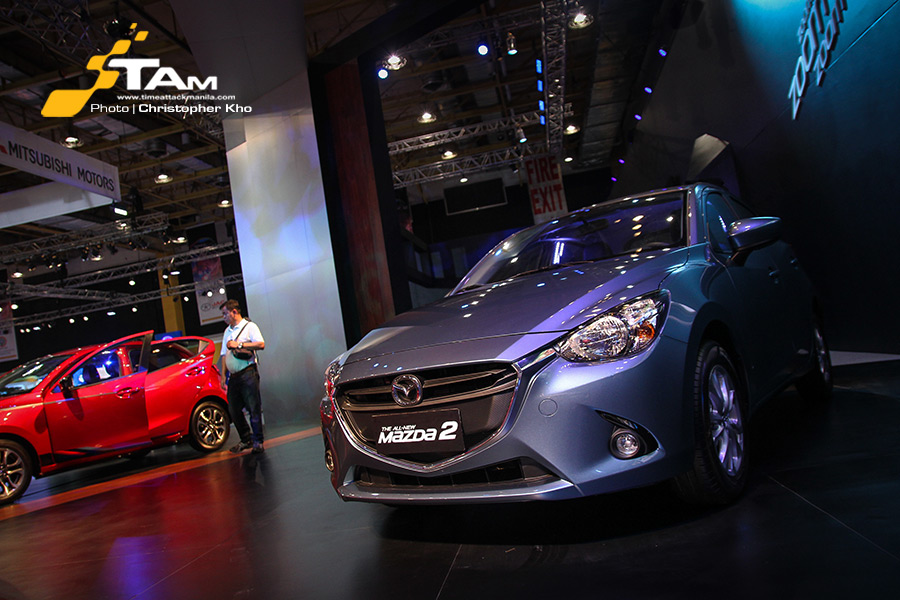 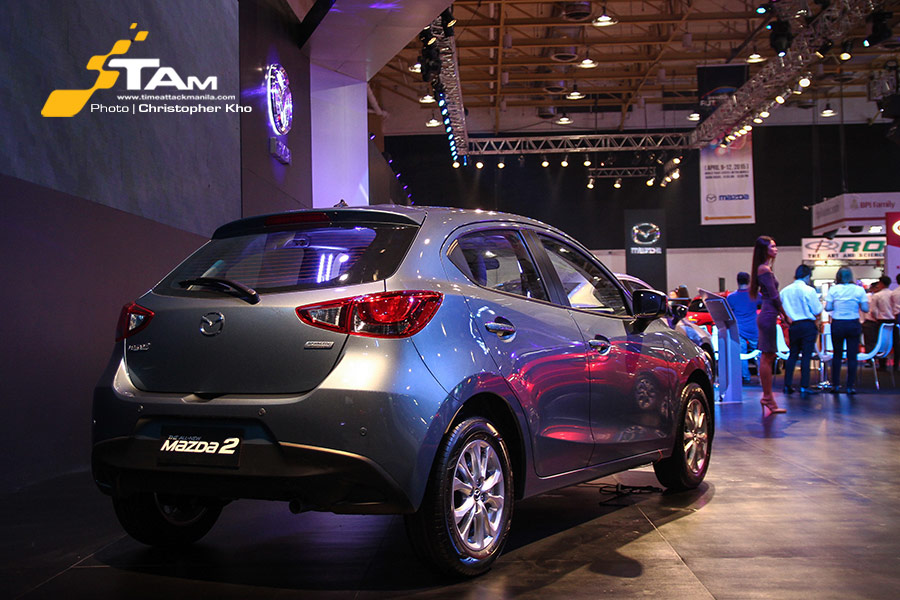