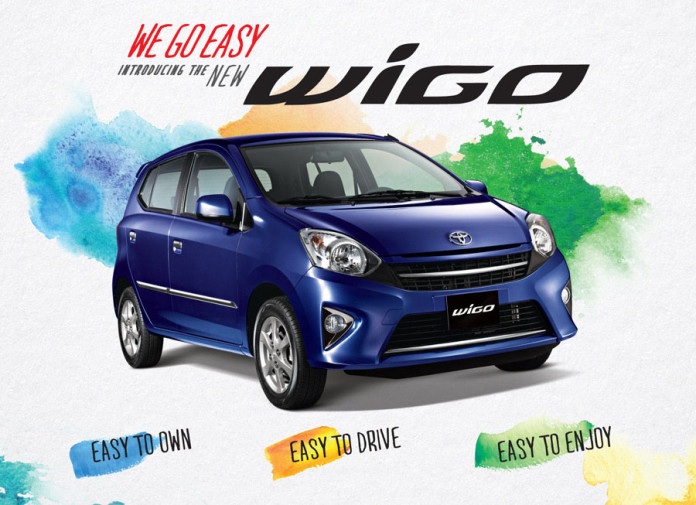 In this day and age, don’t expect to get much out a car that costs less than P500,000 brand new. Consider yourself lucky to get power windows and door locks for that kind of money. As they say, ‘you get what you pay for’. Toyota, on the other hand, thinks otherwise.

This is the Wigo, Toyota’s newest mini hatchback that’s “Easy to own. Easy to drive. Easy to enjoy.”

It is, however, a tad smaller than the Spark, Grand i10, and Mirage, but does have similar dimensions to current Picanto. Rear legroom and cargo space are also reported to be quite spacious. We’re just a bit doubtful if you could really fit 3 people in the back seat comfortably, which is normal for cars of this size.

But do consider this. The G variant already comes with 14-inch alloy rims, a 2-DIN radio with navigation, front are rear power winders, immobilizer, driver and passenger airbags, and ABS – luxuries you could only dream about in a sub-P500,000 car.

And what about the Hyundai EON? While it’s fractionally cheaper than the Wigo, it’s also smaller, has a less powerful engine, and doesn’t come with an automatic transmission.

Right now, the Wigo seems to be the best sub-P500,000 car you can buy, or at least on paper. It might not be the biggest, but it’s packed with all the bells and whistles for a price that’s hard to beat. But don’t get us wrong. We’re not saying that the other cars we’ve mentioned are bad or that the Wigo is the best of the bunch. It’s just that, you can’t go wrong it. Plus, it’s a Toyota, which means it’ll last forever.