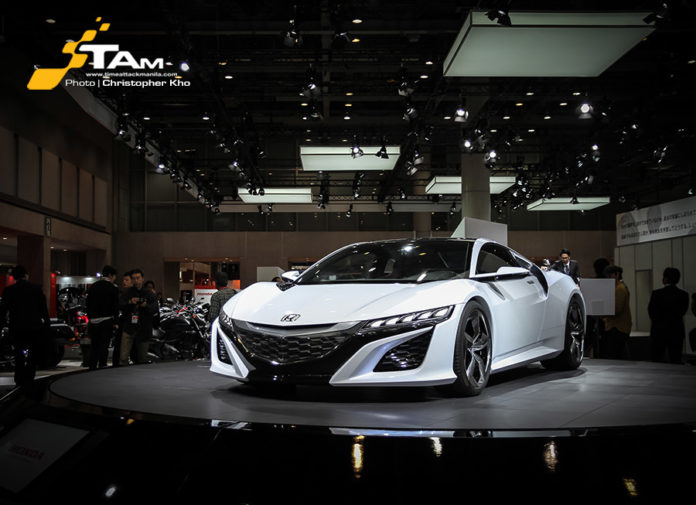 Nothing, absolutely nothing, could have prepared me for this very special moment. I’ve already seen it in photos and read about it in stories, but it’s amazing how dumbfounded I still was when I saw the NSX Concept in real life.

There was definitely a tense moment as I waited in line to get up close and very personal with this rare Japanese supercar. It’s like waiting to meet the love of my life for the very first time. I suddenly found myself lost for words and all I ended up doing was to stare at the beauty, with occasional nervous smiles here and there.

No, I wasn’t giddy like a little school boy. Instead, I put the butterflies in my stomach aside and faced it like a real man. 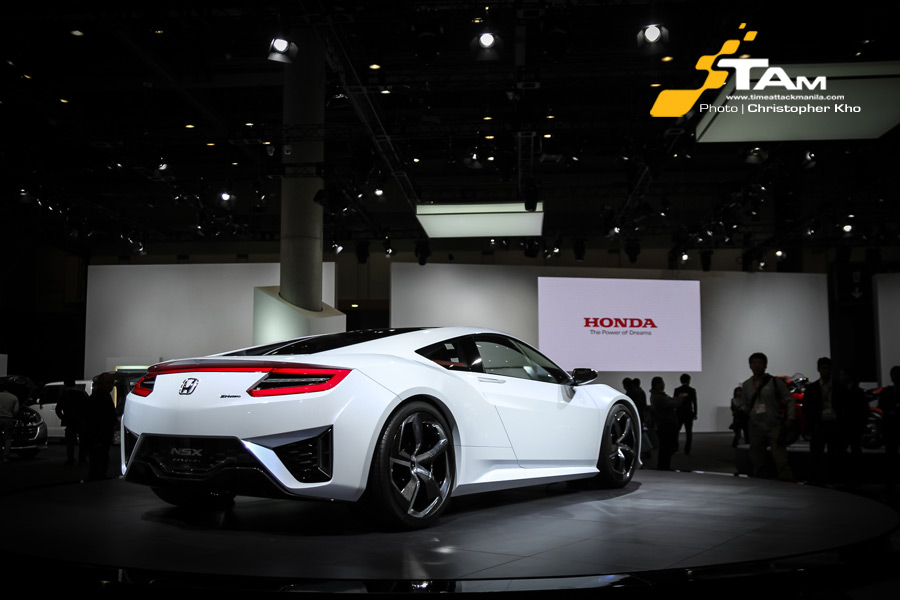 I had the NSX Concept all to myself for only 5 minutes. That’s 5 measly minutes for me take photos from all angles, digest all the information that was in front of me, and for it to leave a lasting impression.

Simply put, there was no room for me to screw up. Not here. Not this time. Not with something this good.

The NSX Concept glowed magnificently on stage in pure white. Step closer and you’ll feel its aura that somehow connects you with Honda’s rich 54-year-history. Or it could just be the bright and very hot stage lights. Whatever the case is, it blew me away. 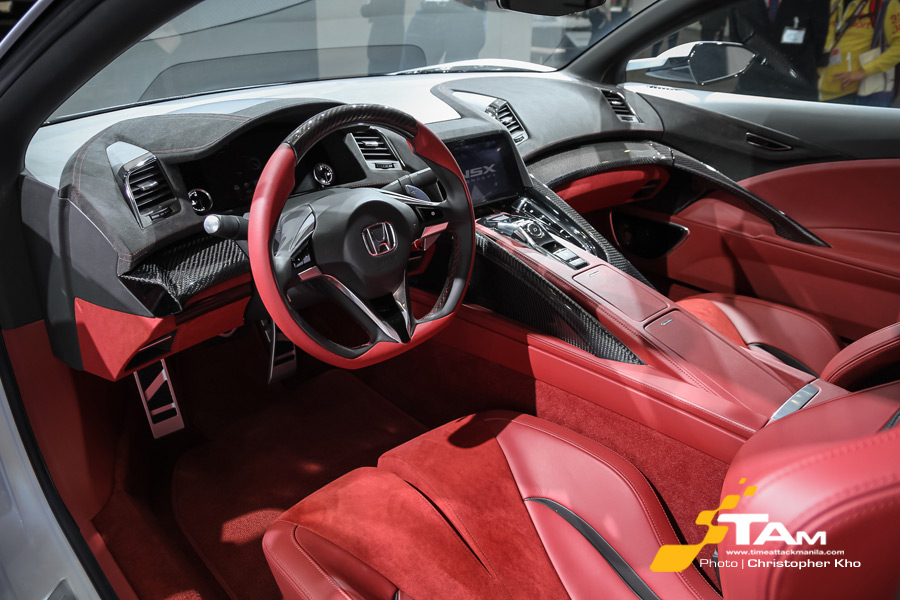 Every single inch of it is carefully sculpted and there was something new to see everywhere I looked. The aerodynamically optimized skin served both form and function, while the intricate decorative pieces and LED lights were such a joy to look at all day. And it was only upon closer inspection did I notice that the grill, diffuser, and roof were all made from carbon fiber.

The NSX Concept might not be as flashy as a Ferrari 458 inside, but who cares. The Japanese knows exactly what they’re doing and they’re doing a fine job at it. It might be simple, but it sure looks damn good. Red interiors were also making a comeback and felt right at home in the NSX Concept. Meanwhile, the tall carbon fiber center stack confirms that only an automatic version will be available with flappy-paddles behind the wheel. 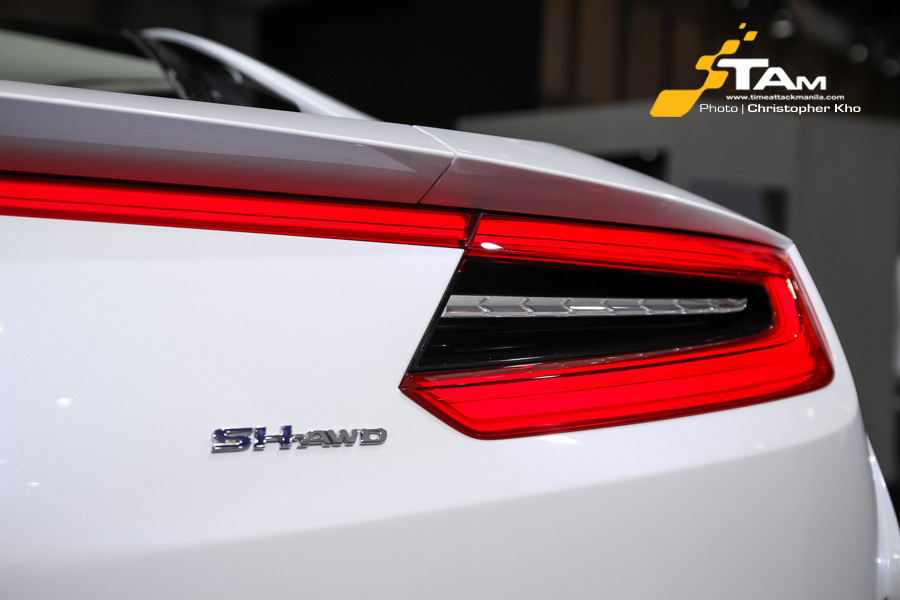 Sadly, they won’t let us take a peek under rear deck, where, a Sport Hybrid SH-AWD and turbo-charged 3.5L direction-injection V6 reportedly resides. Maybe I’ll reserve that for our second date.

The NSX Concept is ‘drop dead gorgeous’ to say the least. It is by far the most beautiful machine I’ve seen at the 43rd Tokyo Motor Show and I have Honda Cars Philippines, Inc. (HCPI) to thank for the opportunity.

So, will I ever get to see the NSX Concept again? The production version should be ready by 2015, making that a very long 2-year wait. We, however, are not expecting HCPI to bring it in locally. Their initial calculations hint that it will have a tag price of about P10 million if it does get here, which is already Audi R8 territory. I guess that means you’ll just have to go gray. 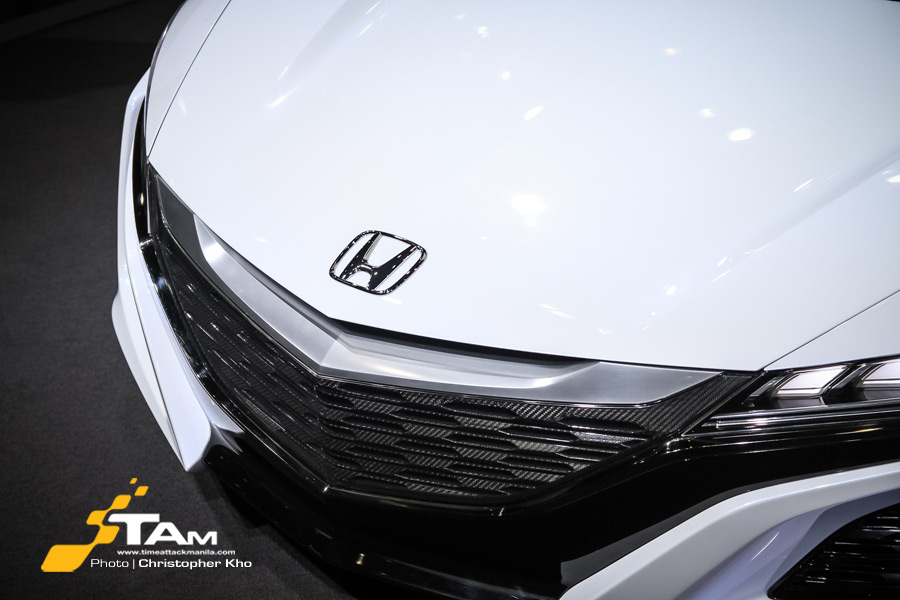 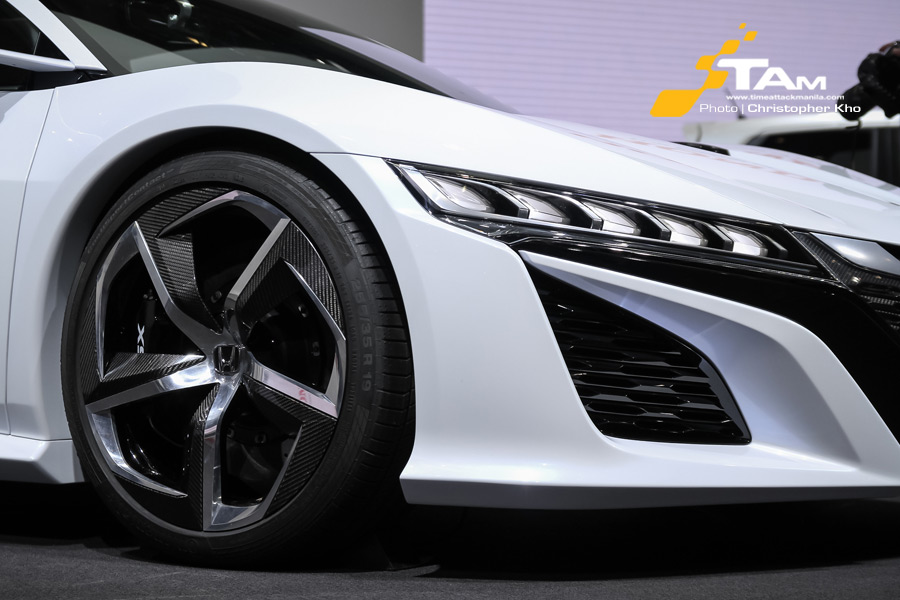 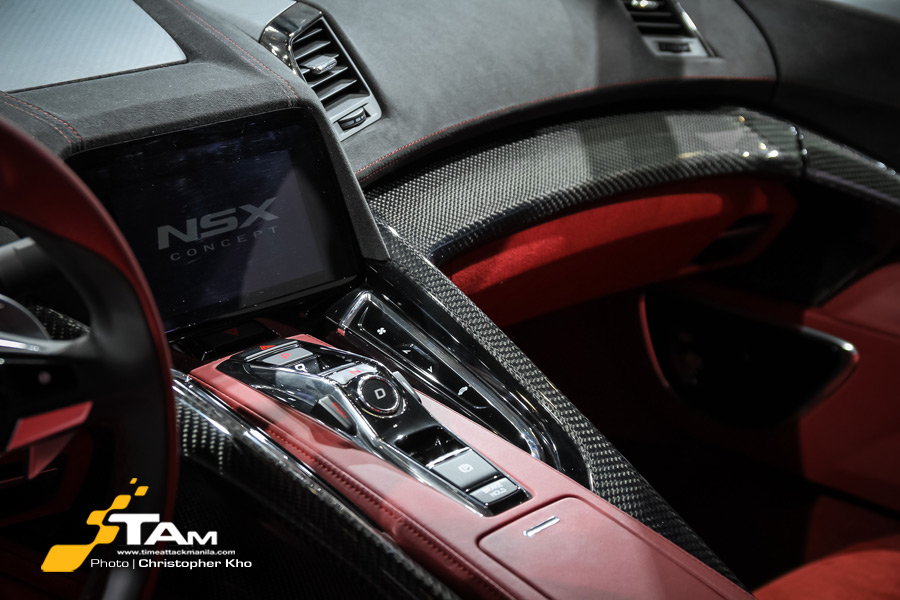