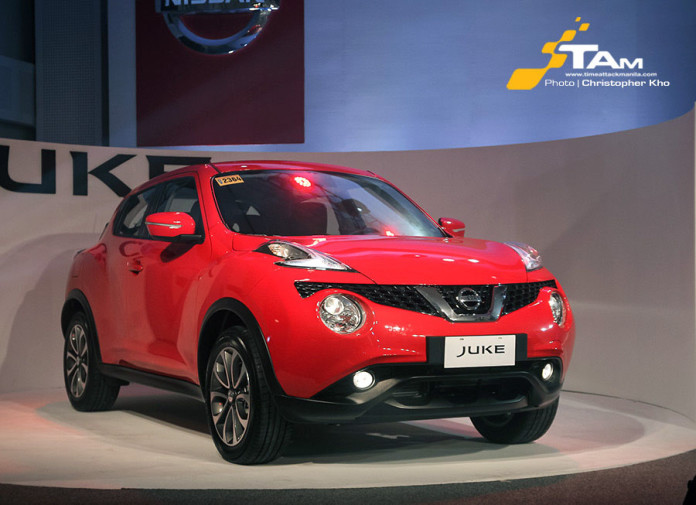 We won’t deny it. The Nissan Juke, which is a compact crossover meant to go up against the EcoSport, Trax, and i20 Cross Sport, is one weird-looking machine. But that’s exactly what makes it so lovable and it’s now on sale here in the Philippines.

Think of it as a crossbreed between a rugged SUV and an energetic sports car so you get the best of both worlds. That means the Juke gets some extra ground clearance, but with a sexy, sloping roof-line. Nissan even hid the rear door handles on the c-pillars to make it look like a real 2-door coupe. While there are other crossovers with the same design concept such as the Honda HR-V and BMW X4, nothing out there looks quite so ‘unique’.

It’s so radical though that it’s either you love it or you hate it. 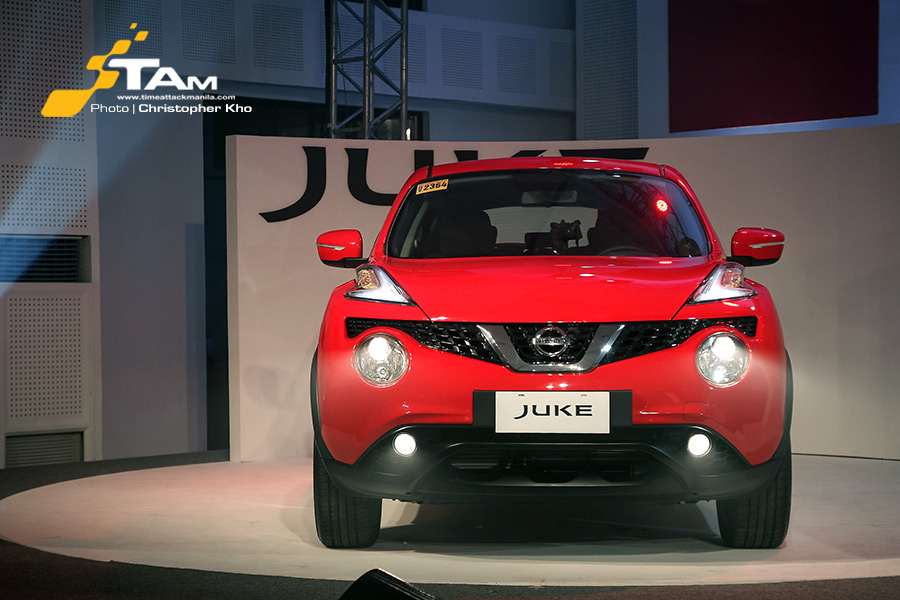 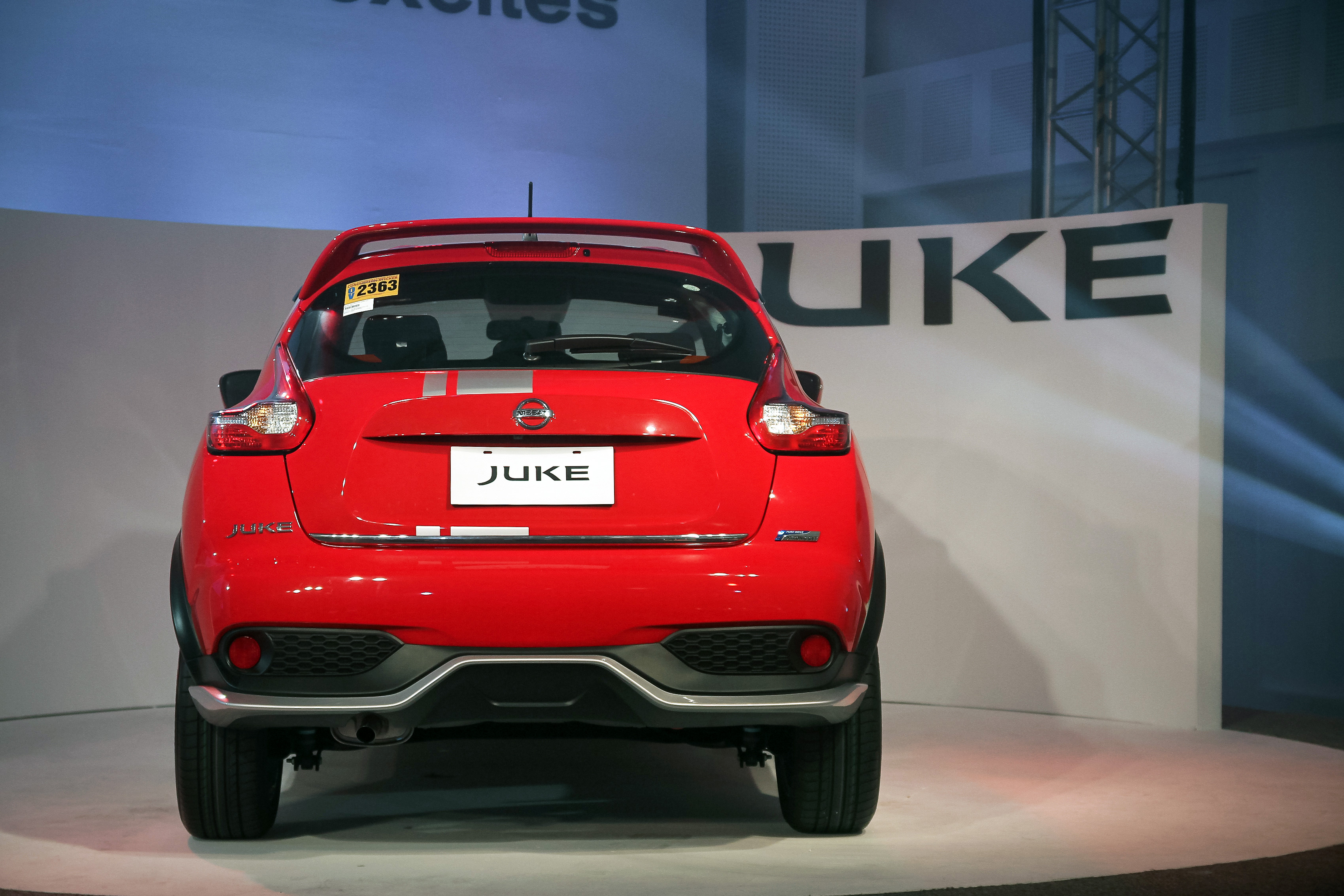 The version we get in particular is the latest 2015 model that has the redesigned front and rear end, best identified by the new 370Z-inspired ‘boomerang-shaped lights on top of the hood. Those however, are not the headlamps, but are in fact LED daytime running lamps and turn signals. The real headlights are mounted underneath, which are huge circular halogen projector units.

You’ll find the same quirky design inside where almost every surface needs to have a curved shape. The hooded gauges take its inspiration from motorcycles, while the bulbous dash house the 5.8-inch infotainment system and something Nissan refers to as the ‘I-CON’. Standing for ‘Integrated Control System’, this thingamajig lets you work the auto climate control or toggle through the 3 driving modes: Normal, Sport, or Eco.

In other countries, there’s even an option to have the shaped center console painted to match the exterior, but ours only come in grey. 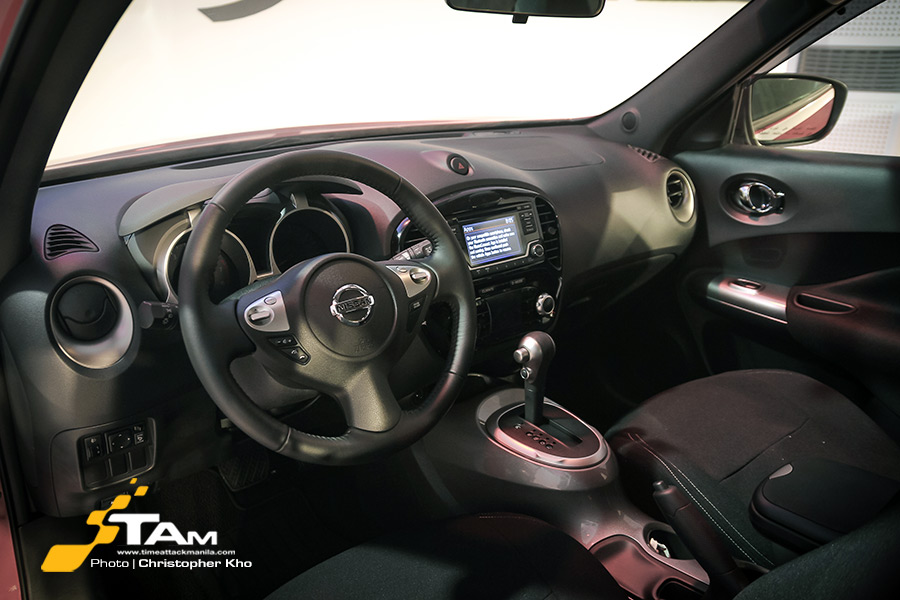 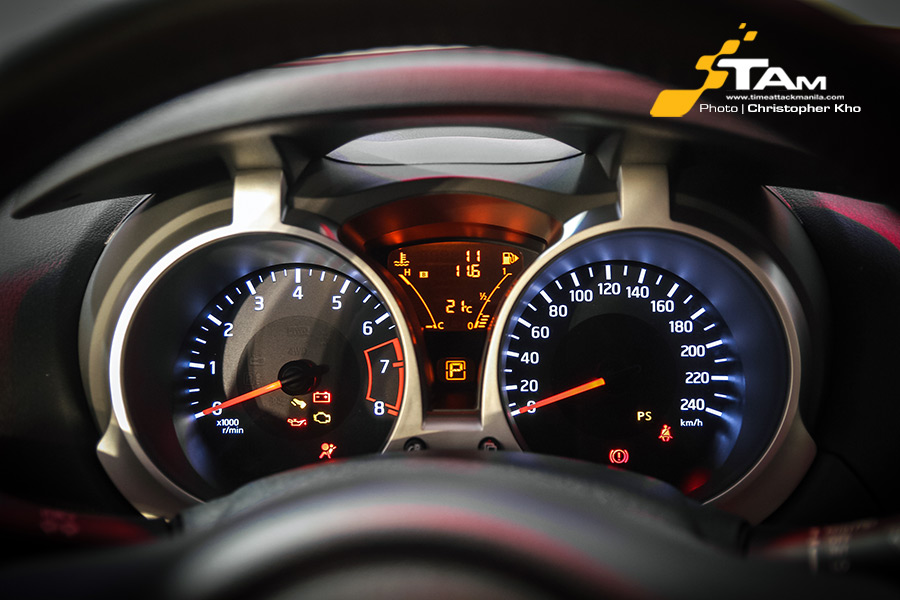 As for the seats, the front are well-bolstered to keep you behind from sliding around and will be nicely appreciated on spirited drives. The passengers in the back though might not be so happy with the limited legroom. That’s the price you pay for having a chopped roofline. They do however, fold down flat in a 60/40 split and increase cargo capacity from 297L to 1,017L.

If you think that the Juke has the oomph to match its looks, we’re sorry to say that it sorta doesn’t. It relies on a 1.6L 4-cylinder gasoline engine that has 116 hp and 154 Nm of torque at the crank. On the bright side, it should be very economical especially with the Xtronic CVT that’s mated to it. And no, there is no manual option.

As a matter of fact, there is only one version currently made available by Nissan Philippine Inc. (NPI) – the Juke 1.6 Upper CVT. Despite the weird naming scheme, it’s a good deal for P980,000 considering its equipped with ABS, EBD, Brake Assist, and dual front airbags. It even has steering-wheel-mounted audio controls, push-button start, cruise control, and a rear parking camera.

Sure it looks weird, but we like it weird.

Inquire, book a test drive, or buy the Nissan Juke through AutoDeal.com.ph. 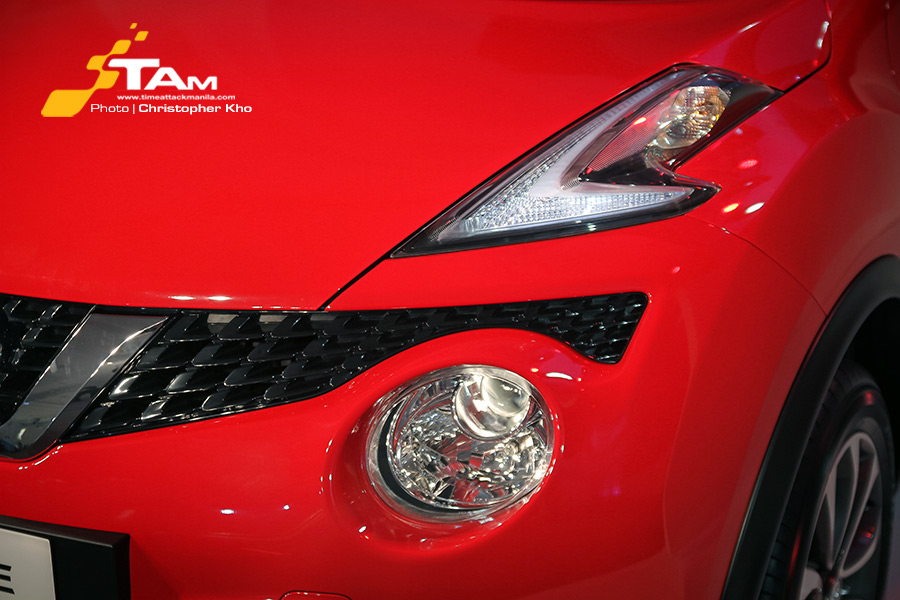 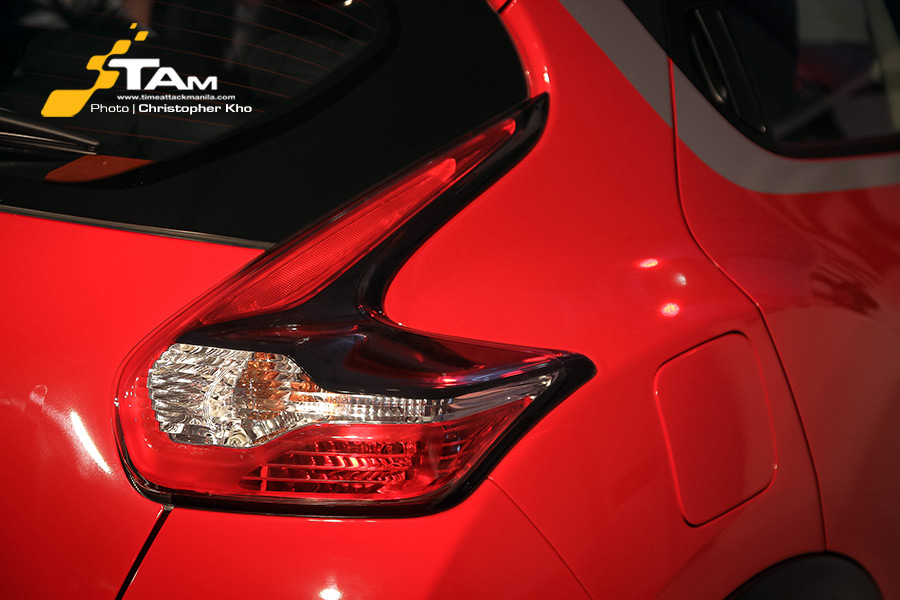 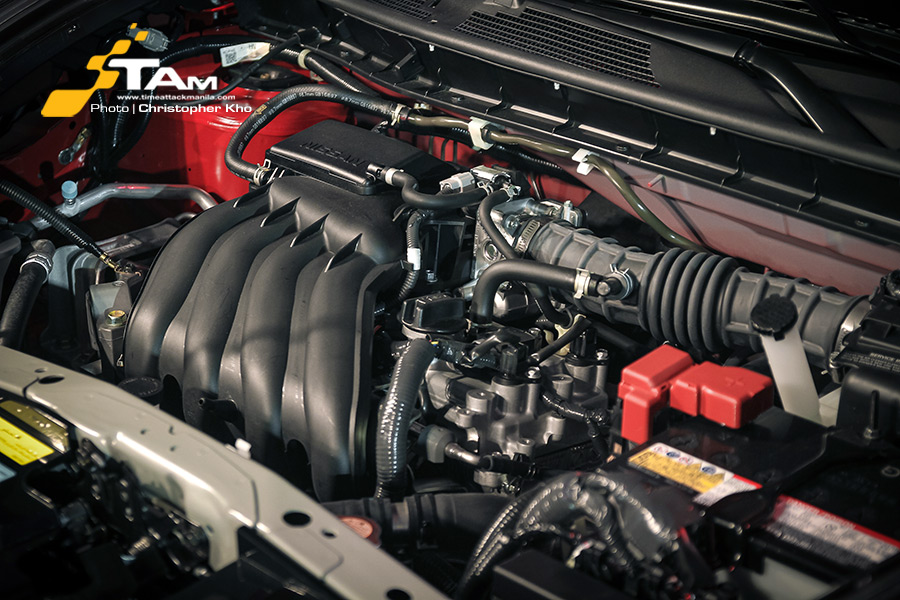