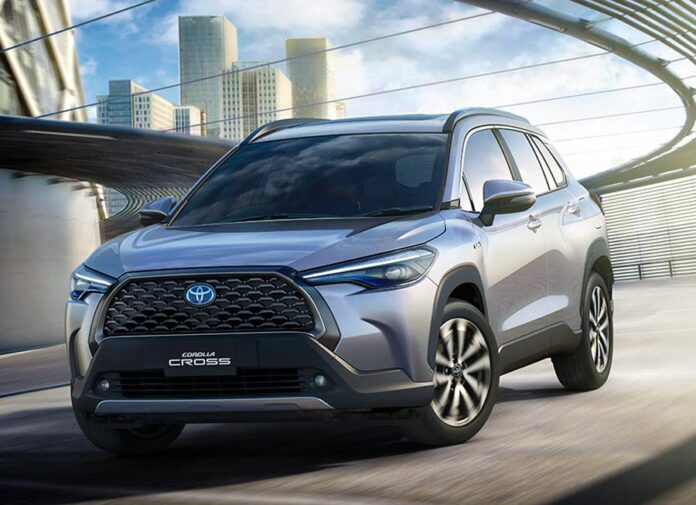 Well, that was quick. It’s only been a few months month since the global reveal and the all-new Toyota Corolla Cross has already found its way into local showrooms nationwide. And the guess what, the crossover version of the Corolla Altis priced at P1.285-million is ‘only’ P85,000 more (at most) than its sedan counterpart.

With crossovers now dominating the automotive marketplace, it’s only natural for Toyota to follow suit and give one of their best-selling models an SUV makeover. But while both versions are based on the same Toyota New Global Architecture (TNGA), the Corolla Altis and Corolla Cross look nothing alike. As expected, the Corolla Cross is also slightly longer, slightly wider, with 185 mm added to the overall height with a proportionate amount increased to the ground clearance. 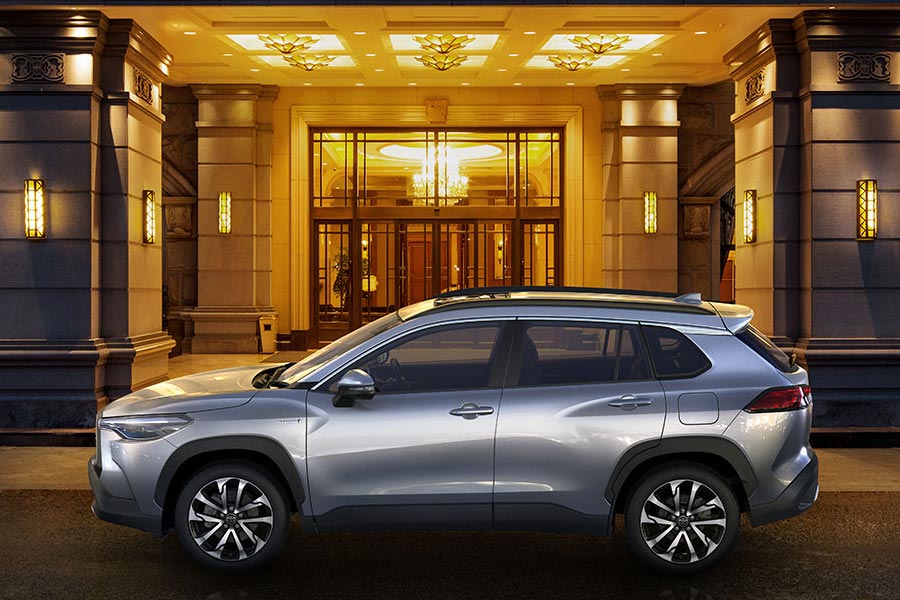 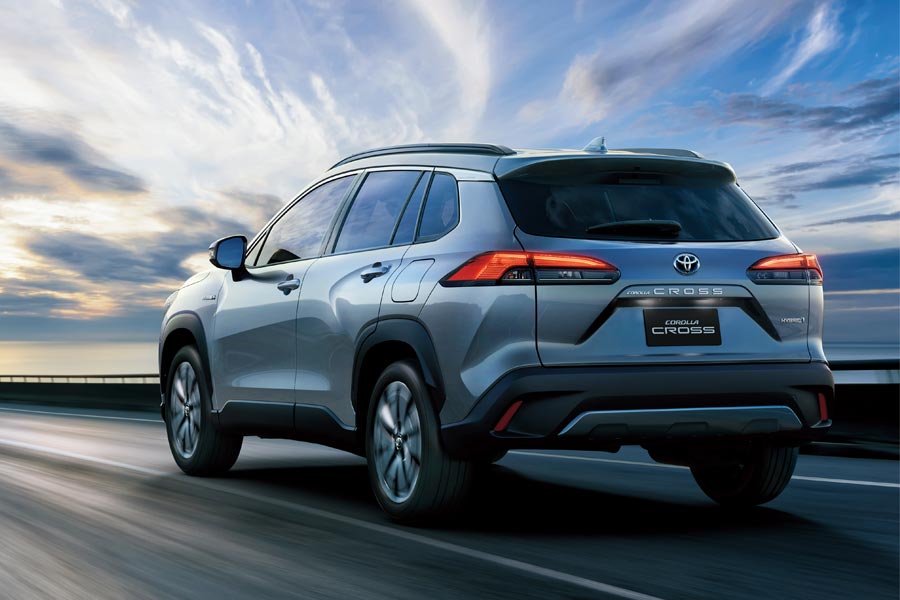 But that’s not to say that the Toyota Corolla Cross isn’t a looker. You may simply think of it as the more athletic rendition of the executive-esque Corolla Altis. The interior, on the other hand, are near-identical except for the extra cargo space and more rear headroom.

There are 2 trims currently available at launch. The ‘base’ Corolla Cross 1.8 G CVT, as the name suggests, comes with a gasoline-fed 1.8L Dual VVT-i 4-cylinder with 138 hp and 172 Nm of torque on tap. The specs, however, are a bit ‘thin’ for P1.285-million if you ask us and we expect more than just halogen headlights and fabric seats. There are also less amenities here and there with the absense of rear air vents, tonneau cover, and cruise control to name a few. 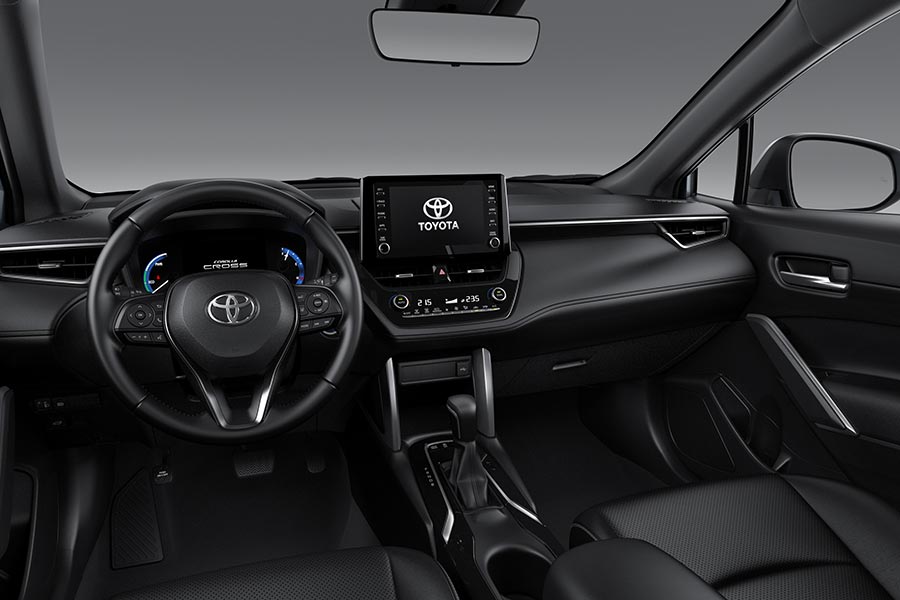 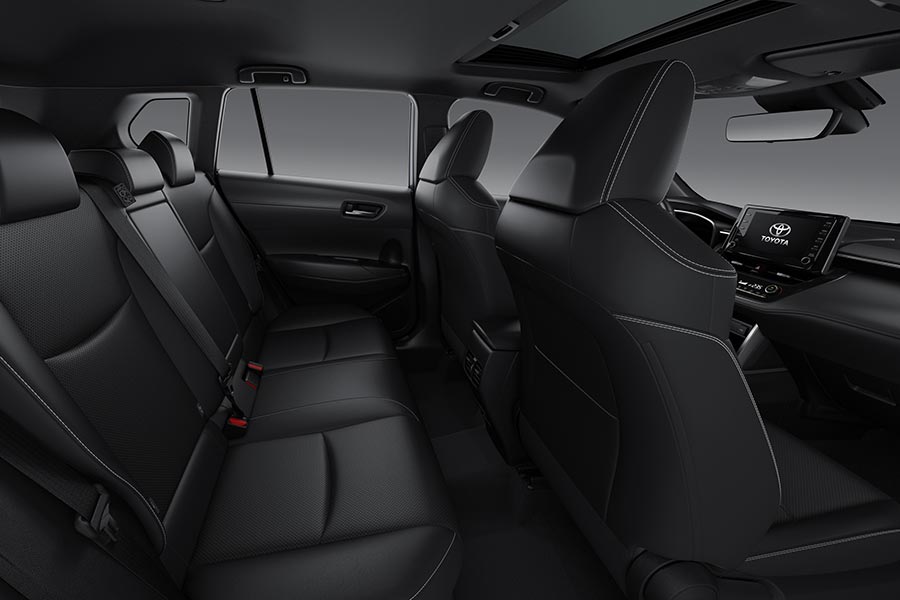 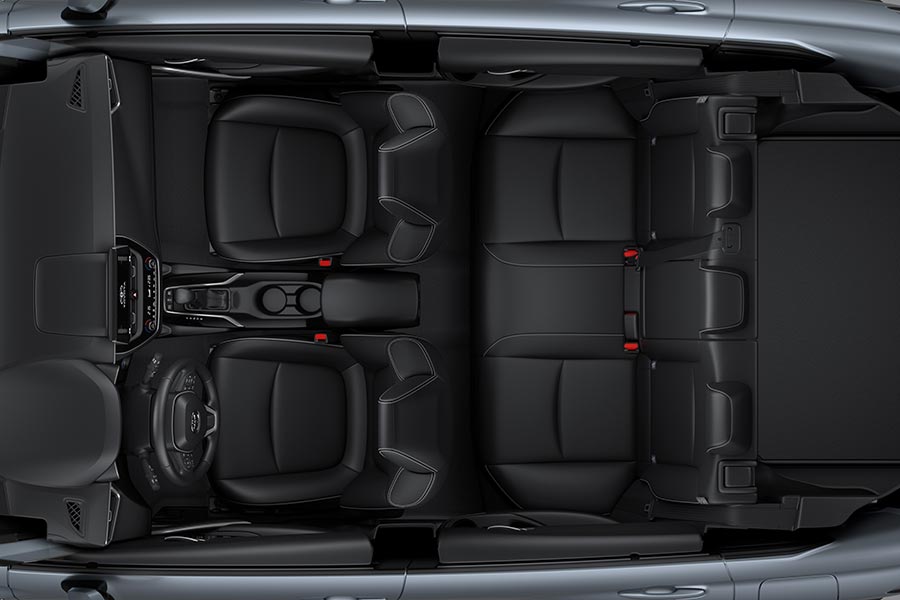 So if you want the whole shebang, be ready to shell out P1.650-million for the Corolla Cross 1.8 V HV. Yes, it’s a hybrid with 120 hp and 142 Nm of Torque and comes with all the toys you could ask for. On top of that it also has a Blind Spot Monitor, Rear Cross Traffic Alert (RCTA), as well as the full Toyota Safety Sense (TSS) that includes fancy tech such as the Pre-Collision System (PCS), Adaptive Cruise Control (ACC), and Lane Departure Alert (LDA).

What’s interesting though is how the Corolla Cross 1.8 V HV is ‘only’ P55,000 more than the equivalent Corolla Altis 1.8 V Hybrid CVT. 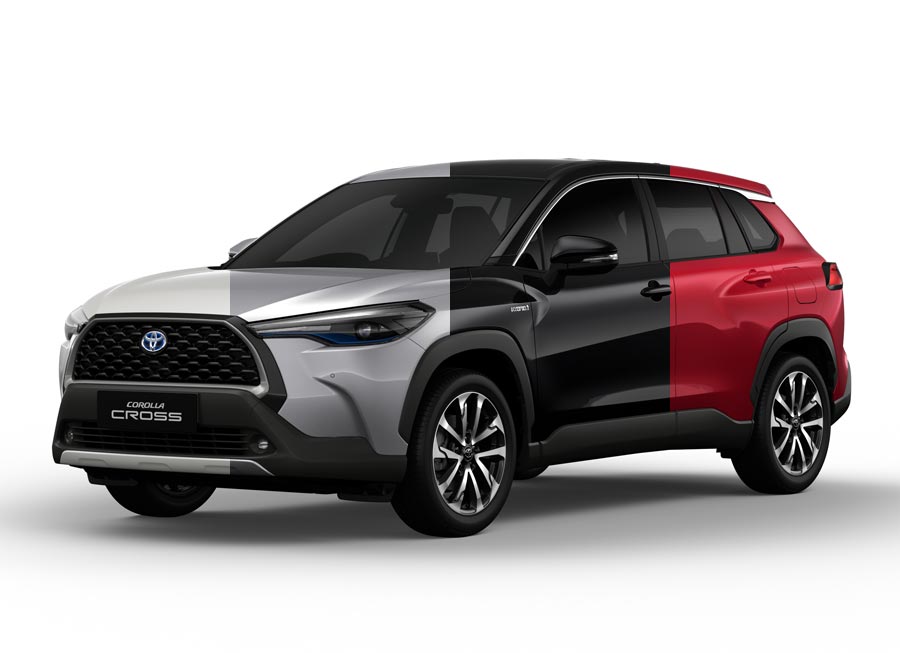 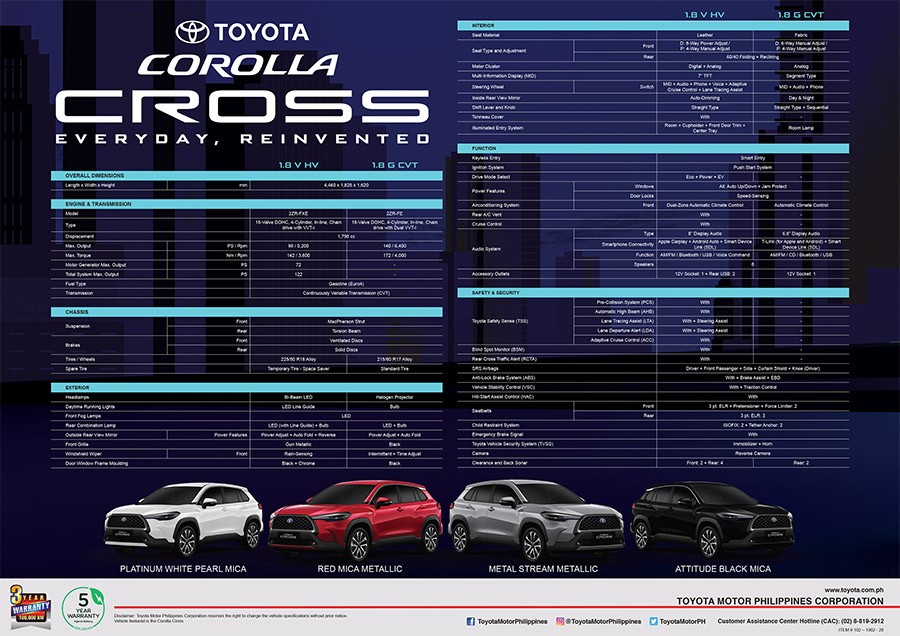