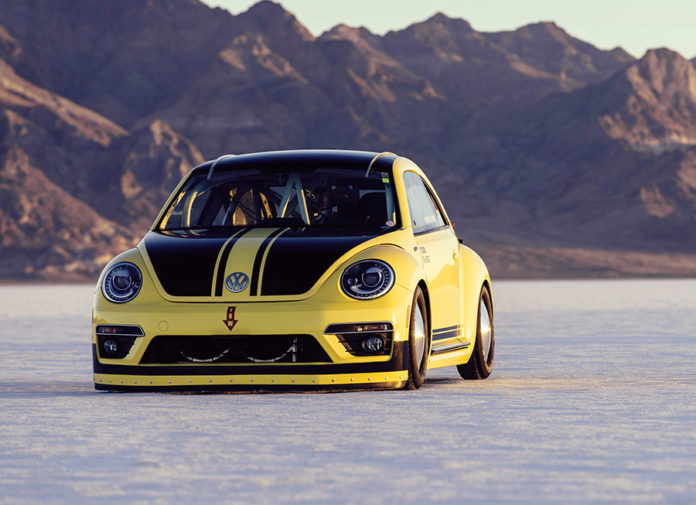 Here’s a bug that will give Herbie a run for his money. The Beetle LSR, which stands for ‘Land Speed Record’, is now the world’s fastest Beetle after it hit 328.195 km/h at the Bonneville Salt Flats in Utah, USA a week ago.

Although its driver (and Automobile Magazine contributor) Preston Lerner said that it did hit 334.744 km/h at one point, the record needs to be set over a flying mile.

Obviously, this is not your showroom-spec Volkswagen Beetle. It’s fitted with a 2.0L 4-cylinder turbocharged TSI engine from the R-Line Beetle, but with a ‘few’ upgrades. The list includes a new turbo, upgraded pistons, camshafts, connecting rods, and cylinder head modifications that bump the output up from the standard 210 hp to a mind-numbing 550 hp. Torque likewise gets a boost that now reaches 571 Nm. All that juice then gets sent to the front wheels via an LSD. 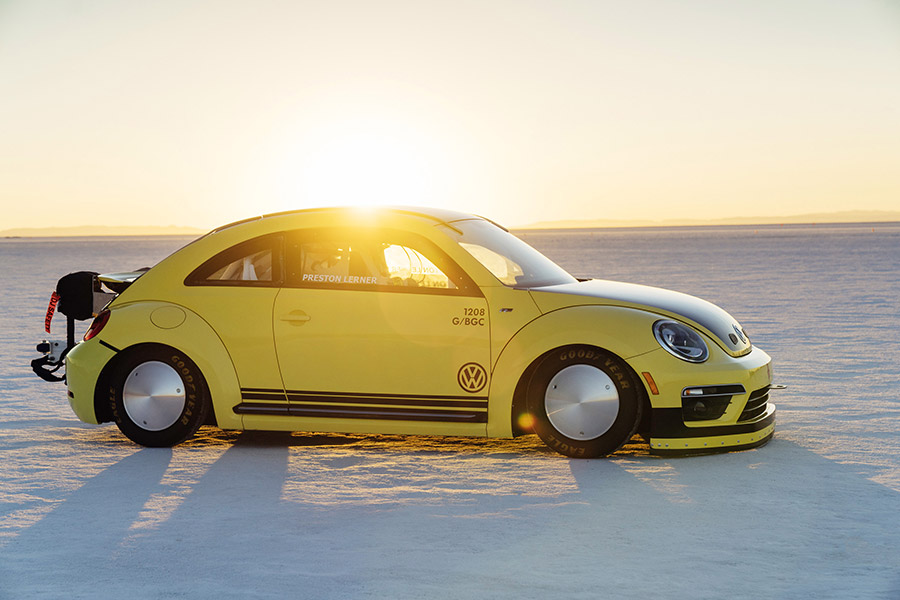 But piston power alone can’t push a Beetle past the 300 km/h barrier. A special set of aero wheels and narrow tires help it slice through the air (and salt) while a lower ground clearance and an air dam stops it from going airborne.

There’s also a roll cage, race seat with 5-point harness, and a fire extinguishing system inside just in case something bad happens. And the best way to slow down a ballistic bug is to deploy 2 brake parachutes that hang out the back of the Beetle LSR.

Becoming the “World’s Fastest Beetle” isn’t really the most sought-after title in the record books let alone in Bonneville’s annual World of Speed event. As a matter of fact, the previous record of 281 km/h was set way back in ’88 in an 1955 Beetle and that stood for 28 years. Still, the idea of a bug outrunning a Nissan GT-R in a straight line is enough to put a smile on our face. 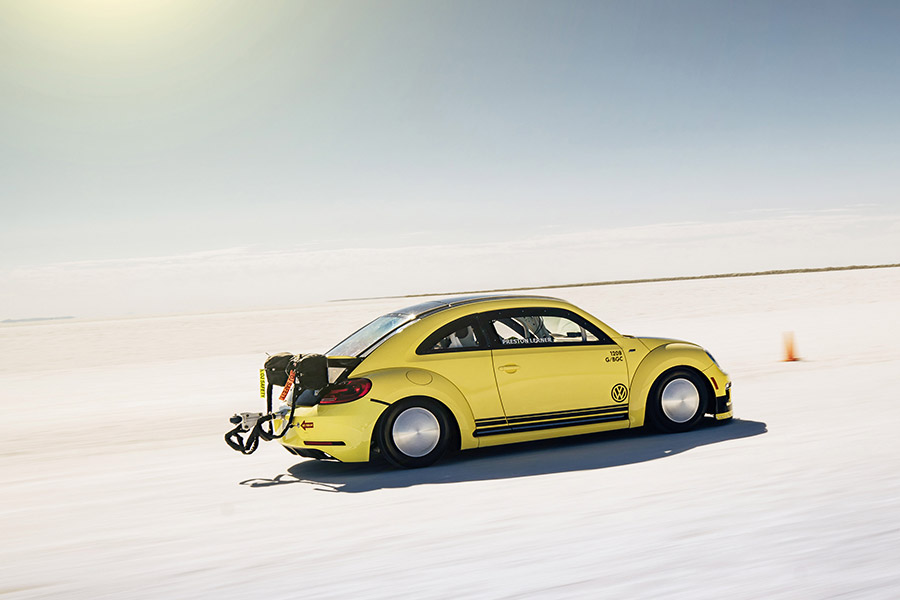 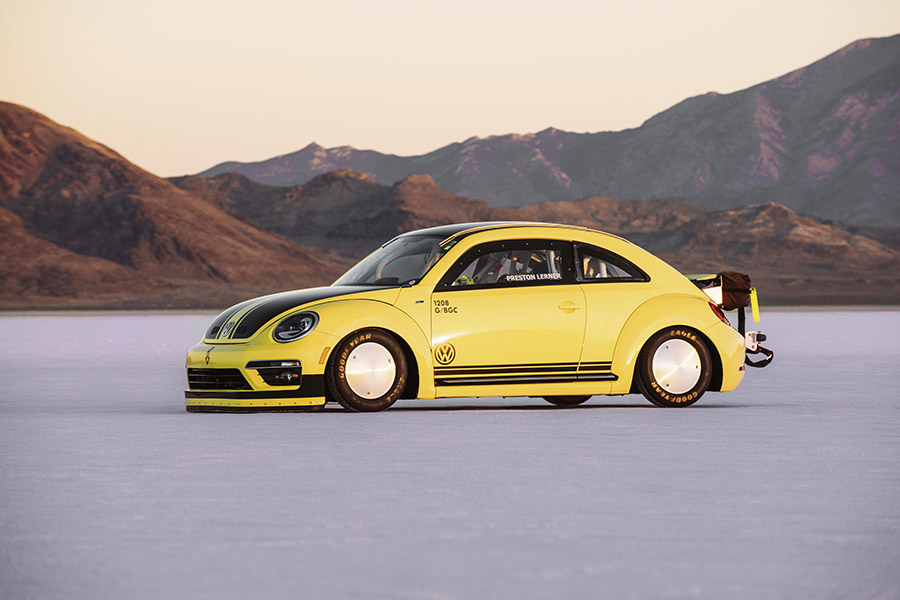 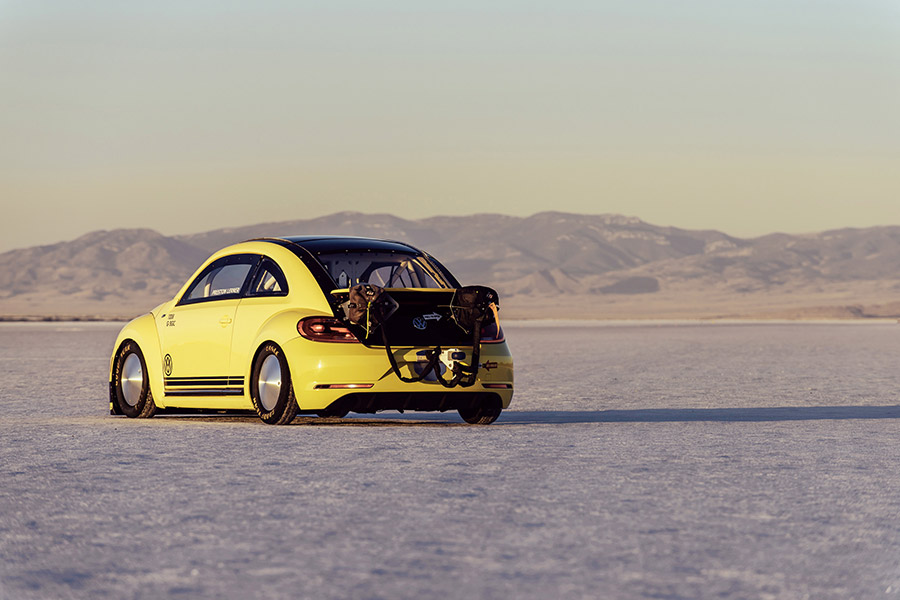