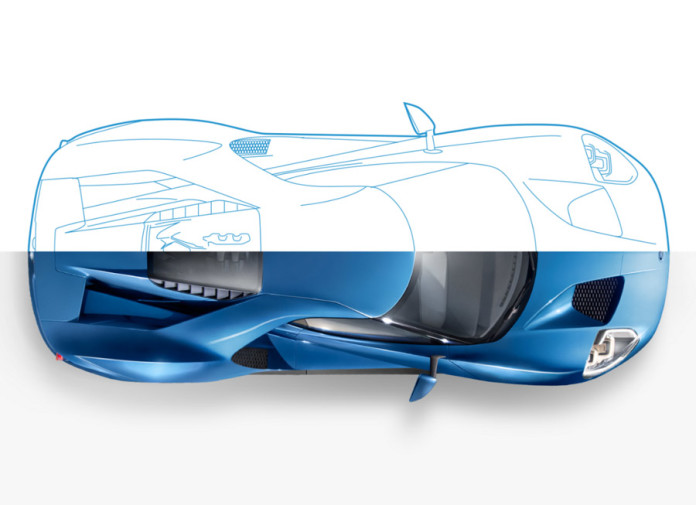 Remember when Ford said they’ll be offering the all-new Ford GT here in the Philippines? Well, they’re now taking applications online for those who want to get their hands on one of the first 500 examples.

Each Ford GT is said to carry a price tag of around $400,000 (or P18.4-million) plus tax and delivery. But due to its limited production run, the blue-oval-brand doesn’t want these rare supercars to simply end up on the hands of the highest bidder (or spoiled brats from China or the Middle East who’ll only roll it on its roof). Instead, they want to qualify and hand pick every single would-be owner. 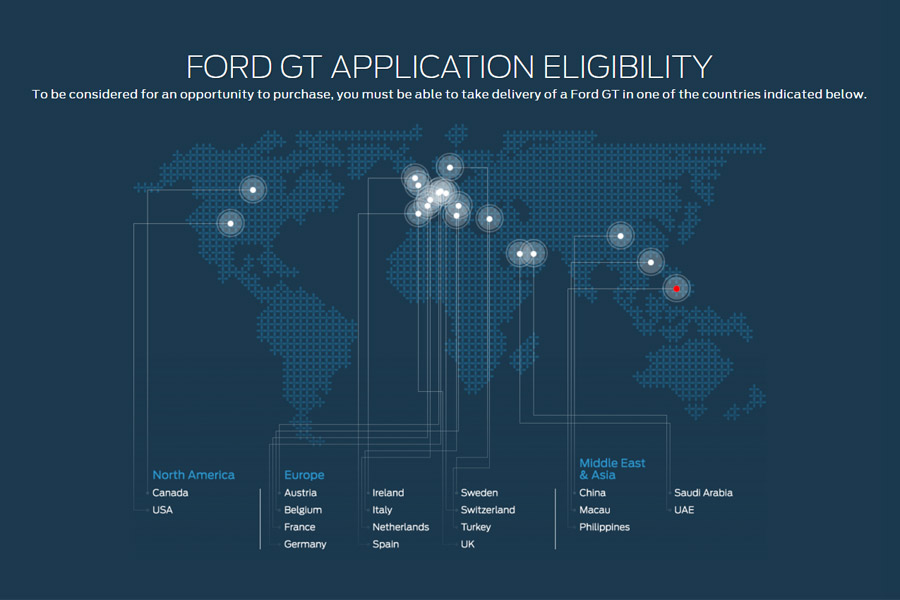 So, what qualities are they looking for? First off, the all-new Ford GT is only sold in 19 countries worldwide which luckily includes us. Then, they’re giving priority to existing GT owners, especially to those who own more than one and take them out on track days. And as far as we know, there are around a dozen GTs in the country. It’s also a big plus if you intend to use your all-new Ford GT for charity events, because GT owners are nice that way.

Other factors that affect Ford’s decision making process include whether you’re a fleet customer, industry supplier, or an avid car collector. It’s even more interesting how they want applicants to submit a 60-sec video explaining why they deserve to own an all-new Ford GT.

All applications must be submitted on or before May 24, 2016 at FordGT.com. Then, those who make it through Ford’s stringent selection process will be notified sometime in July, advised which dealer will accommodate their purchase, and asked to come up with a big fat cheque.

Each buyer will then be required to sign a legal document that prevents them from selling, exporting, or otherwise disposing their all-new Ford GT without prior authorization from Ford. We guess this is their way of deterring grey market dealers from making a quick buck.

Now whether you’re planning to buy one or not, you can still head over to FordGT.com and play around with their Ford GT configurator. There you can build the Ford supercar of your dreams, choosing from 8 exterior colors, 7 stripe colors, wheel options, as well as interior theme. 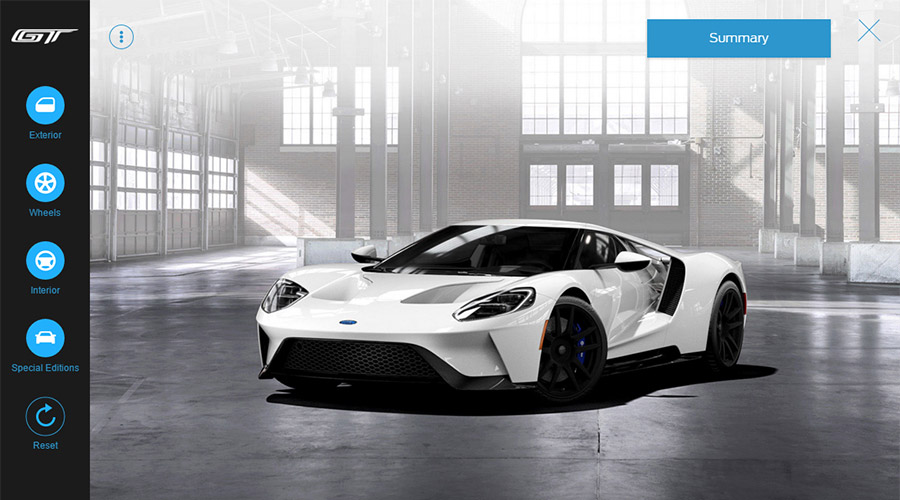