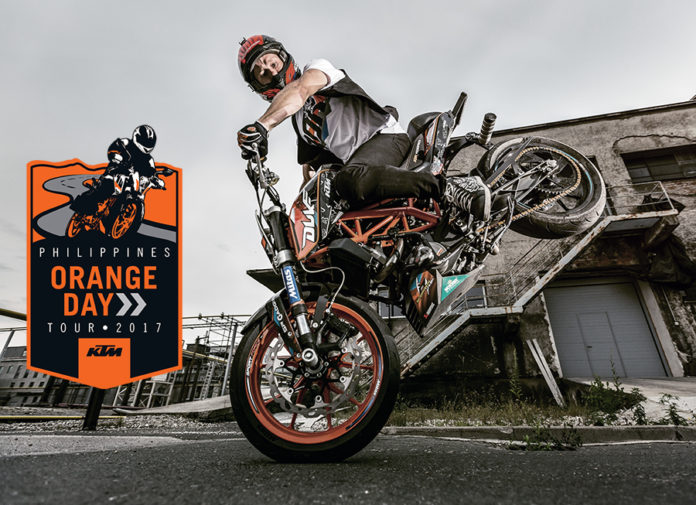 Austrian adventure motorbike builder KTM is truly on an orange invasion of the country. In just less than a year, these guys were able to open 19 new dealerships in the country and should quickly go up to 31 before 2017 ends. They’ll also start to build brand new KTMs in a manufacturing plant in Laguna quite soon.

Of course, all this was made possible through its new local distributor Adventure Cycle Philippines Inc (ACPI). But to really get the orange invasion going, KTM is riding across the country to bring the brand to its customers. 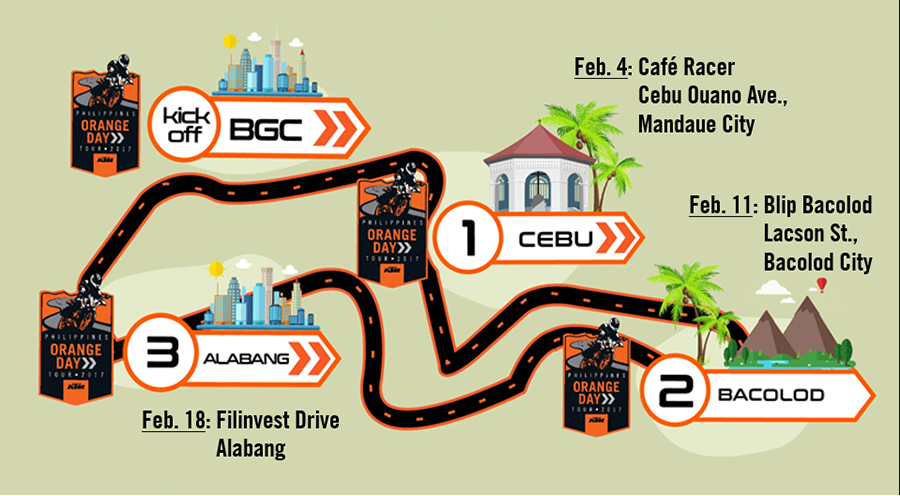 Each one will have KTM’s line up of Adventure, Enduro, Naked, and Sport bikes on display. Most of which will be made available for test rides and all will be on sale. The KTM Orange Day Tour also host other ‘fun’ activities such as raffles and bike club meets. And if you’re sticking around, please do look for a certain Mr. Rok Bagoros.

The 27-year-old Slovenian is KTM’s international stunt rider and he’ll be in the tour to perform his stunt shows. Don’t miss that.

“Our goal is to build and strengthen the KTM community in the Philippines. We would like to spread Orange across the nation and we will do this by expanding our dealer network,” said ACPI President and Chief Operating Officer, Dino Santos.