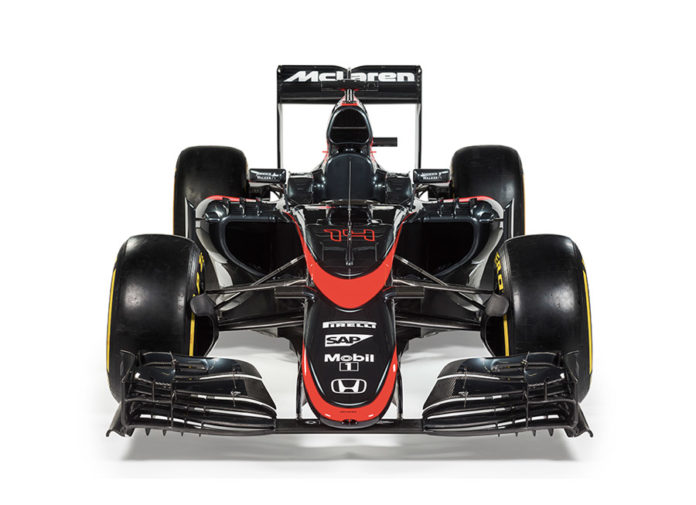 Honda Cars Philippines, Inc. (HCPI) may not have any involvement in motorsports, but at least the people working there have a soft spot for racing. So at the 6th Philippine International Motor Show (PIMS) this September, they’re putting a McLaren MP4-30 on display even if it has nothing to do with their local business strategy.

The MP4-30 was McLaren’s bet for the 2015 Formula 1 season. It was also the first time the team re-united with Honda as an engine supplier since the ’80s and ’90s, back when Piquet, Senna, and Prost won 5 driver championships between them. Jenson Button and Fernando Alonso, however, wouldn’t be able to repeat their success as some had hoped. Instead, they only managed to finish as high as 5th place and ended the season with a mere 27 points which was 9th in the constructors’ championship.

But who cares? It’s still a Formula 1 car, powered by Honda nonetheless. What’s ironic though is how the ‘display unit’ they’ll ship in for the show will probably not come with the RA615H 1.6L turbo V6 power unit used in the Grand Prix.

Aside from the McLaren MP4-30, you’ll find several new models in Honda’s booth. This includes the updated City, facelifted HR-V, and an “affordable 7-seater SUV prototype” that we think is the upcoming BR-V.

The 6th Philippine International Motor Show (PIMS) will be staged from September 14 to 18, 2016 at the World Trade Center in Pasay City.