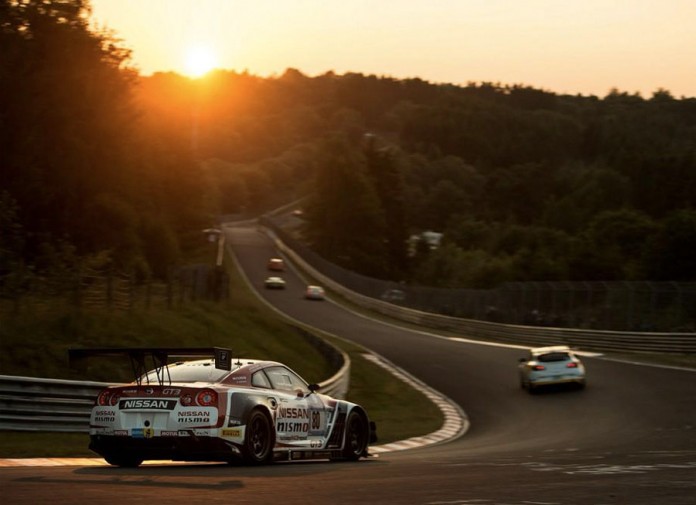 Nissan Philippines, Inc. (NPI) has already began the search for the 2015 Nissan GT Academy Champion. But even if we already have the LIVE Recruitment Schedule and FAQs, surely there are still some of you who want to know the complete mechanics.

Here is it is, and hopefully it’s able to answer all your questions.

Nissan Philippines, Inc. brings the GT Academy to the Philippines, a first-of-its-kind competition that pits the best Gran Turismo players (the “Players”) in the country in a race for the ultimate dream – to become a real-life racing driver for Nissan.

WHAT IS THE CONTEST?
Nissan GT Academy takes six (6) skilled Gran Turismo Players and gives them a chance to become professional racers in four stages.

First Gear: The Recruitment (April – June, 2015)
Thousands of hopefuls will be narrowed down to the Top 20 Players determined during all live events. Time trials will take place behind the wheel of Nissan gaming pods.

Third Gear: Race Camp Week (August 21-30, 2015)
The Players will be tested on their strength, stamina, mental agility and driving skills against Asia’s best at the Silverstone Racing Circuit in UK.

Fourth Gear: Driver Development Program
The emerging GT Academy Champion in Asia will join other GT Academy winners in a rigorous training under the wing of professional coaches and racers at the Silverstone Racing Circuit in UK.

HOW TO JOIN?
To join, Players must participate in the Live Events (see schedule here).

Various publicly accessible events will take place from April to June 2015 (“Entry Period”), allowing members of the public to participate in live gaming competitions (“Live Event”) in order to qualify for the National Finals.

At each Live Event, Players will be invited to take part in a virtual race on Gran Turismo 6 (“Game”) using Nissan gaming pods. Players will run five (5) laps or five minutes (whichever comes first) on the Silverstone Circuit (“Track”) using a Nissan GT-R (“Car”). Their fastest lap time will be recorded.

Players cannot change nor customize the Track and the Car, and all player settings will be set at default.

The twenty (20) Players who achieve the best performances during the Live Events (“Qualifying Players”) will be invited to compete at the National Finals.

Nissan reserves the right to disqualify Players for unsportsmanlike conduct. Players who are caught cheating by any means, including cutting corners and exploiting glitches or any other unintended functionality in the Live Event, will be disqualified.

The decision of Nissan and/or that of the judge(s), as the case may be is/are final and no appeal thereof may be made.

WHO ARE QUALIFIED TO JOIN?
GT Academy 2015 is open to residents of the Philippines who fulfill the entry criteria described below, except employees, agents, contractors or consultants of Nissan, their families, associated companies and anyone professionally connected with the competition.

In order to qualify, Players must:

By entering the GT Academy2015 season, each Player promises he/she fulfills the above entry requirements. Nissan reserves the right to verify the eligibility of Players at any time during the Competition or the Race Camp, which shall include but is not limited to requesting copies of passports, Driver’s licenses, government issued IDs, competent proof of identity and proof of residence or nationality and by requesting that the Player undergo a medical examination.

Failure to comply or pass any verification procedure undertaken by Nissan will result in the immediate disqualification of the Player from the Competition and/or forfeiture of the Race Camp Prize. In the event of any dispute concerning the eligibility of the Player to participate in any stage of the Competition, Nissan decision shall be final and no appeal thereof may be made.

Players advancing to the National Finals and beyond may not be eligible to enter any future GT Academy competition.