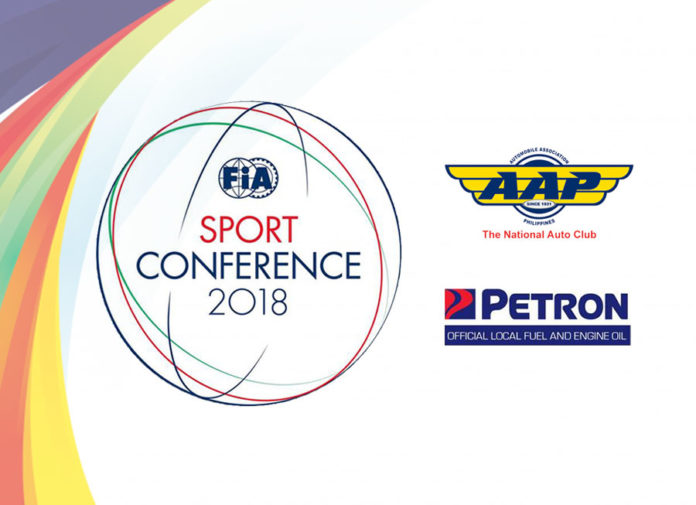 The country’s biggest fuel company, Petron Corporation, sure is going big on motorsports this year. They’re supporting the FlatOut Race Series (FORS), Toyota Vios Cup, ROK Grand Prix, and X30 Karting Championship just to name a few. But apparently, those events are not big enough because they’re now also the official fuel and oil sponsor of the FIA Sport Conference 2018.

Yes, it’s THE conference that’s happening this June 4/6 in Pasay City. This will be the very first (and hopefully not the last) time for the event to take place in Asia and Petron wants to be part of it. Their goal is to “further enrich and strengthen the motor sport industry not just in the country, but internationally as well.”

Hosted by the Automobile Association Philippines (AAP) and supported by the Department of Tourism (DOT), it’ll be attended by around 500 delegates from 245 FIA member clubs in 143 countries. One of those will be ex-Formula 1 driver Felipe Massa. (READ: Ex-Ferrari F1 driver to visit Manila for FIA Sport Conference 2018)

With the theme “Empowering the Future: Unlocking Motor Sport’s Potential,” the conference will cover subjects that affect motorsport promoters, sponsors, and drivers worldwide. They’ll also discuss how motorsport can attract an increasingly saturated young audience as well as how to create a motorsport culture in new markets. Aside from the chatty bits, there will be an FIA Sport MotorEx (aka motor expo), E-kart races, motorsport demos, and the Gran Turismo Asian Championship Finals.