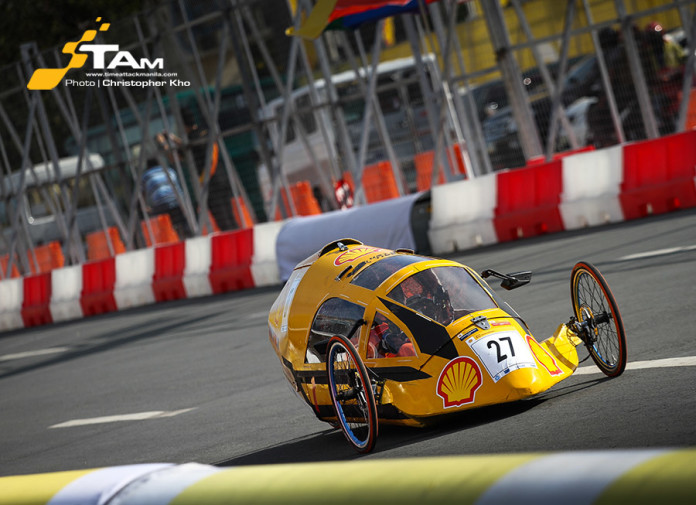 Since 2014, the Philippines has been the home of the Shell Eco-marathon Asia (SEMA). But now that their 3-year agreement is up, this will be the last time we’ll see the student fuel-efficiency challenge race on the streets of Manila.

Not that we’re complaining.

As always, this is not a race against speed or time. It’s a fight to see who can travel the farthest on 1 liter of fuel in these odd-looking, little scratch-built machines. Taking on the challenge are over 100 student teams from Asia, Africa, and the Middle East – 28 of which will come from the Philippines’ top schools and colleges.

Apparently, we have the biggest contingent among the 17 participating countries, so may god have mercy on these kids if we don’t win anything.

The 4-day event will take place from March 3 to 6, where they’ll once again turn Rizal Park into a 1.2 km street circuit. It’ll also house around 1,000 participants and over 40,000 guests in a small village within its perimeter. This consists of the Team Paddocks, Tech Inspection Area, Energy Lab, Media Center, and Restaurants. And while all this happens, us motorists won’t be able to use the surrounding streets.

From March 1 to 7, the southbound lane of Roxas Blvd. (from Katigbak Drive to T.M. Kalaw) will be closed to traffic to give way for SEMA 2016. If you’re in something huge from the Port Area, you’ll have to turn left on P. Burgos St., right on Maria Orosa St., then right again on T.M. Kalaw to reach your destination. As for those in smaller vehicles, you’re left with 1 lane each of Roxas Blvd., which will be designated for counter-flow traffic.

Take our advice. If you don’t want to get stuck in traffic, avoid the area if you can.

Now isn’t it ironic? An event that celebrates fuel-efficiency also causes road closures that hampers it.