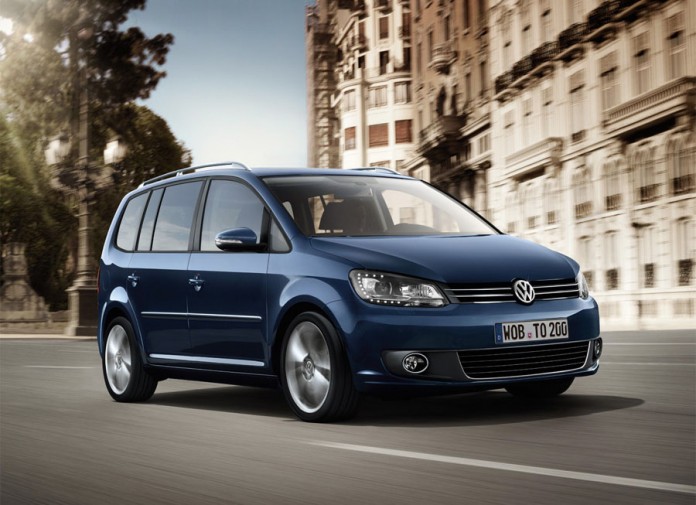 Due to his humble nature and preference for simplicity, Pope Francis was given the title as the “The People’s Pope.” So, during is papal visit to the Philippines, he was taken around the country in something that’s apt for his title, “The People’s Car.”

Yes, the head of the Roman Catholic Church rode in a Volkswagen.

Although the pope was paraded in a customized ‘jeepney’ whenever he went out to meet the people, he need something more comfortable (and preferably with an A/C and a bit more creature comforts) to shuttle him to and from his other appointments. Luckily, Volkswagen Philippines had pledged 2 units of the Touran MPV for his Holiness to use as one of his official cars – 1 of which will be donated to a church beneficiary that the pope identifies.

During his 5-day visit, the pope also needed to go to other places such as the Apostolic Nunciature along Taft Ave., Manila, the Malacañan Palace, Quirino Grandstand, and Villamor Airbase. And honestly, we couldn’t imagine him ride an open top jeepney or pickup truck in our country’s crazy climate the entire time.

That’s what the VW Touran was for.

Sure, the man may have a knack for much simpler vehicles, but that doesn’t mean he shouldn’t enjoy a reliable and comfortable ride. After all, the Touran fits the bill as a no-nonsense people carrier.

“It’s an honor and privilege for us to become part of His Holiness’ historic five-day visit to the Philippines. VW, one of the most trusted brands in the automotive industry, somehow reflects Pope Francis, a man of inner strength, rooted in humility and expressed in simplicity,” said John Philip Orbeta, President and CEO of VW Philippines.