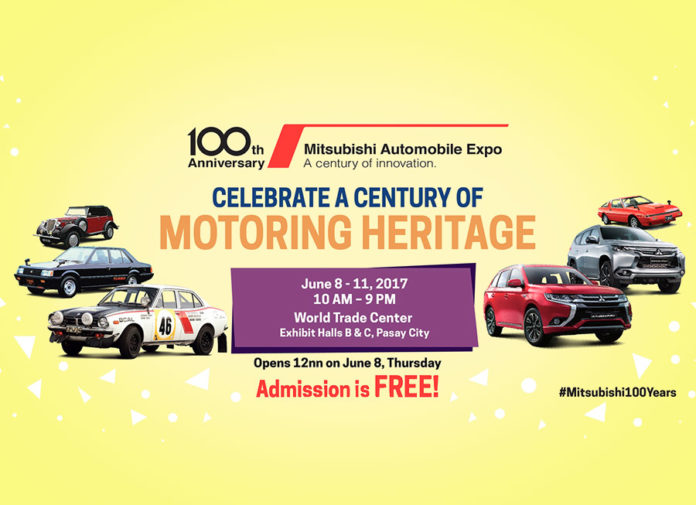 100 years. That’s how long Mitsubishi Motors has been in the automobile manufacturing business. It all began with the ‘Model A’, which was the very first car to wear the 3-diamond marque way back in 1917. Now to celebrate the brand’s centenary, Mitsubishi Motors Philippines Corp. (MMPC) is throwing a huge 4-day party next week at the World Trade Center in Pasay City.

The ‘Mitsubishi 100 Years Anniversary Expo’ will be a ‘one of a kind motor show’ filled with everything Mitsubishi. And we’ve got the best reasons why you need to be there from June 8 to 11, 2017.

Historic Rally Cars
As motorsport nuts, obviously Mitsubishi’s historic and rally cars are always on the top of our list. MMPC will be brining in the #189 Pajero of Patrick Zaniroli and co-driver Jean Da Silva that won the ’85 Paris-Dakar Rally. The Lancer WRC05, the very last works car before Mitsubishi pulled out the WRC, will also be there as well as the Outlander PHEV that raced in the ’15 Baja Portalegre 500.

Although the Lancer 2000 Turbo, ’74 Safari Rally-winning Lancer 1600 GSR, Colt F2000 Formula Car, and Starion Group A Rally Car are all in the official poster, they did not confirm whether these classics will arrive.

Test Drive the iMiEV and Outlander Plug-In Hybrid
They’ll offer test drives of the Mirage, Strada, Montero Sport, and Pajero, which you can also purchase at the show. But what’s of interest to us cannot be bought locally yet can be driven by visitors. These are the all-electric iMiEV and Outlander Plug-In Hybrid Vehicle (PHEV). Although they’re not as exciting as a rally car, it would be nice to know how it’s like when we all drive EVs in a few years time. 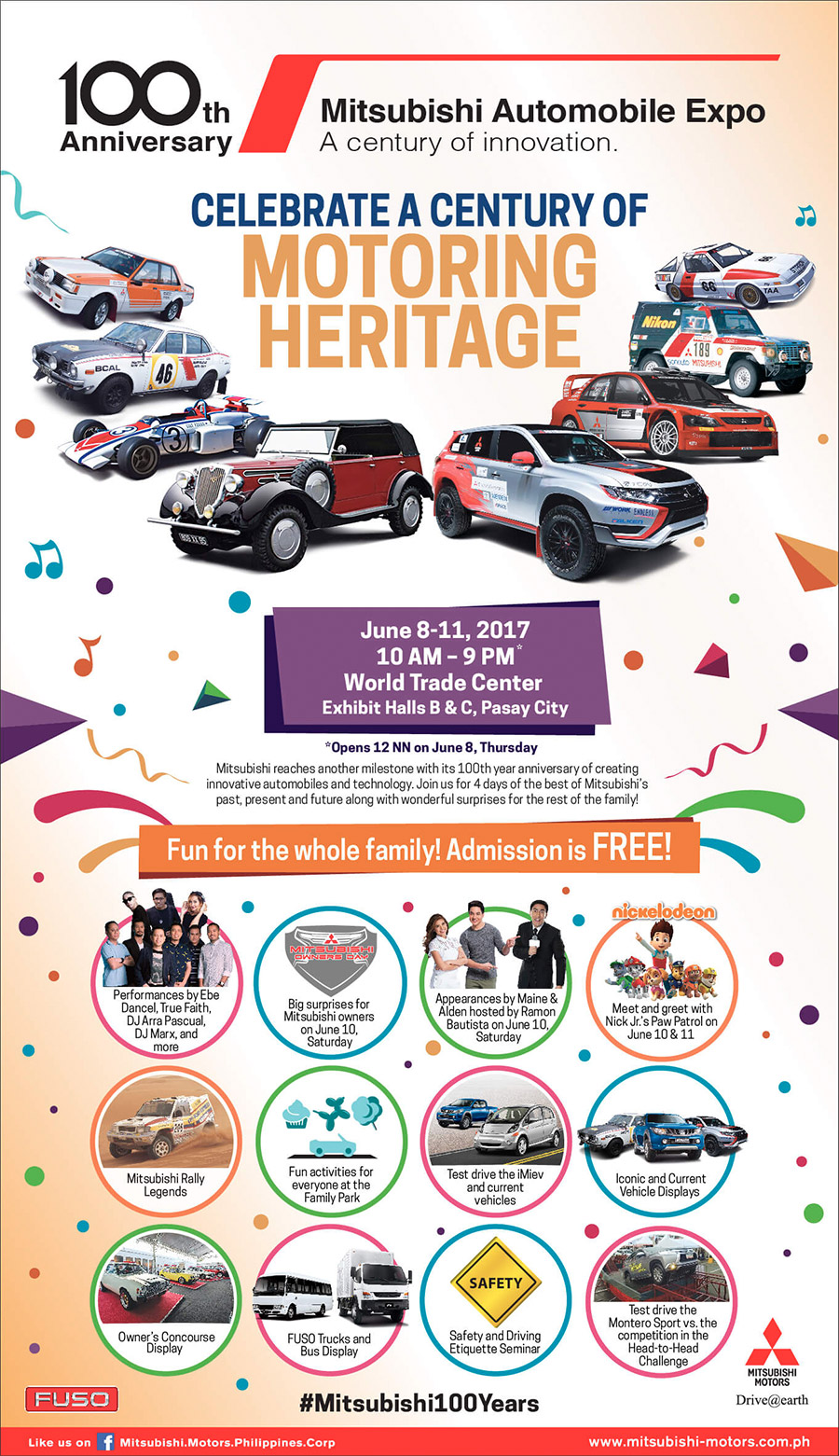