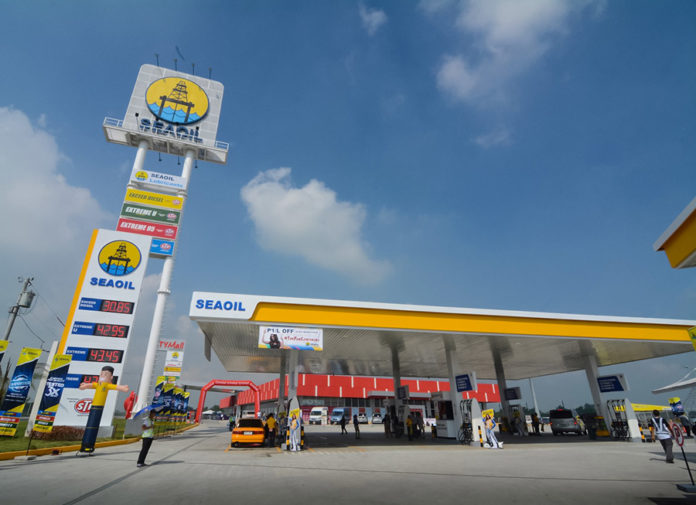 Next time you take the Subic-Clark-Tarlac Expressway (SCTEX), maybe you could make a stop at the SEAOIL-CityMall SCTEX mega station. This is their newly-opened 2.0-hectare gas station / mini mall that happens to be SEAOIL’s biggest out and very first along an expressway.

There’s Jollibee, Mang Inasal, Highlands Coffee, Potato Corner, and Shakey’s for snacks and meals. Or you could visit Theresa’s Pasalubong Center, Mayat Malagu Pasalubong Shop, and 7-Eleven for souvenirs or other goods.

The SEAOIL-CityMall SCTEX mega station is located 148 km from Baguio, on the southbound lane of the expressway. It’s now open to serve travelers, vacationers, and drivers who are probably on their way home from their trip up north.

The opening of SEAOIL’s biggest outlet is a suitable prelude to the company’s upcoming 40th anniversary next year.

“We have come a long way from 1987 when we established our petroleum storage facility and since 1997 when we started our fuel retailing business,” said SEAOIL CEO Glenn Yu. “Our banner station on SCTEX will make our high-quality products more accessible to more motorists.”

SEAOIL continues to expand its retail network through its innovative franchise models. To date, there are over 400 SEAOIL stations nationwide.