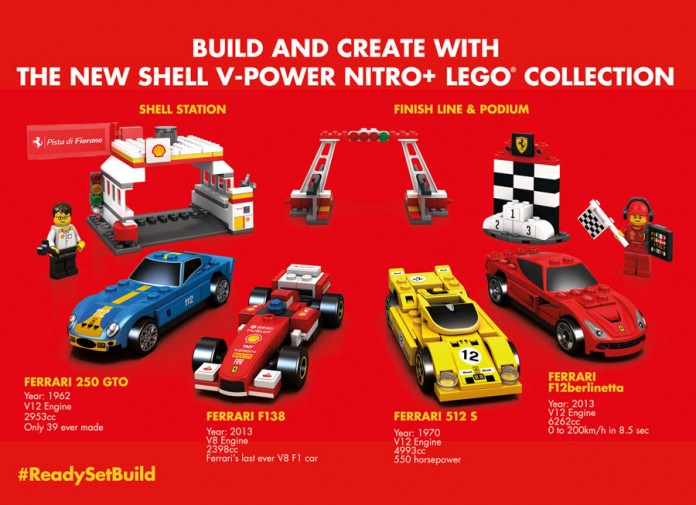 Yes, Pilipinas Shell has finally brought back these pint-sized LEGO Ferrari playsets. And this time around, they’re letting you collect and build your own Italian racing team brick-by-brick.

Celebrating Shell’s 60-year technical partnership with Scuderia Ferrari, the set has a total of six (6) new LEGO figures, which are totally unique to the ones we got 2 years ago. The officially-licensed Ferraris include the legendary 1962 250 GTO, Fernando Alonso’s F138 Formula 1 car from the 2013 World Championship, the 1970 512 S endurance prototype, and the 730 hp F12 berlinetta grand tourer.

They even built a Start/Finish Line and Winner’s Podium, complete with a Scuderia Ferrari Engineer LEGO minifigure, pit board, and chequered flag, so you can race your LEGO Ferraris around the living room.

Of course, any Ferrari playset wouldn’t be complete without a Shell Station that’s modeled after the one found in Fiorano and comes with its own Shell Fuels Scientist LEGO minifigure.

But do note that you can only redeem at the same Shell Station where you gassed up and only up to 60 days after the promo ends. Better start collecting now because the promo lasts until January 15, 2015 only.