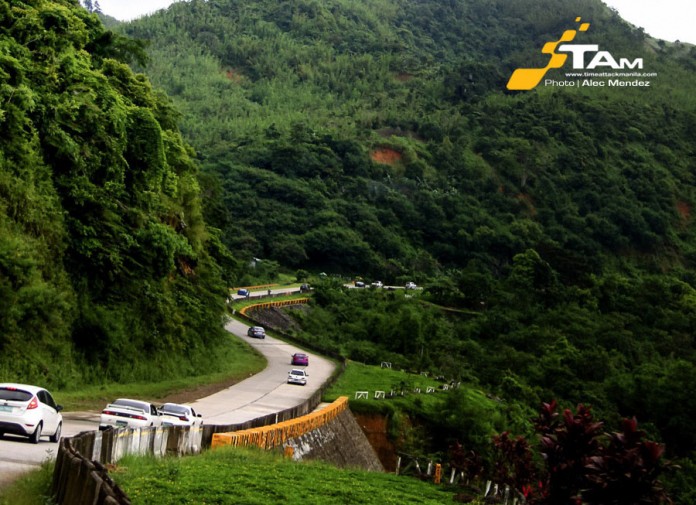 This year’s edition of the Epic Tanay Matsuri is soon coming up, to be held on the 27th of July, 2014. Popularly known as the Tänaybürgring, the event promises automotive bliss with a tour of some the country’s most amazing roads.

Organized by local auto enthusiast group Team A, the event is traditionally held on the last Sunday of July. The first event was held in 2011 and was conceived as a friendship-building experience with other like-minded enthusiasts. It was so well received that it was brought back 2 years later. The 2013 event, the first to carry the Tänaybürgring name, was heavily promoted and had over 50 cars in attendance.

Starting along the Marcos Highway, the route will take drivers from Antipolo to Tanay, Lake Caliraya, Los Baños and Calamba before ending at Nuvali in Santa Rosa; looping all of Laguna de Bay on the way and covering about 200 km. A scouting run was even undertaken to mark out turns and important landmarks to prevent participants from getting lost, as well as obstructions and potential hazards like construction sites.

According to Team A,

“the event is not a street race, but a yearly celebration of driving pleasure. There are no requirements to join – anyone can come and join the fun.”

In the interest of safety, the organizers advise against overtaking on blind corners and other dangerous maneuvers. As stated in the event’s official guidelines, “we won’t stop you from driving fast, but it is up to you to know your limits and the consequences of exceeding them.”

“I see that the car community is self serving,” says event organizer Iori Suzuki. “Nobody outside the car culture benefits from our fast cars. When Typhoon Yolanda struck last year, I contacted fellow enthusiasts to help and we were able to raise 2 trucks’ worth of donations. This time around we wanted to make it a regular thing to help communities big or small, and we’re glad to work with the Open Heart Foundation.”

For more details, Like the Tänaybürgring Facebook page. You may also check out the event guidelines by hitting the link.

The 2014 Epic Tanay Matsuri is organized by Team A and Ozawa JDM, in partnership with the Open Heart Foundation.