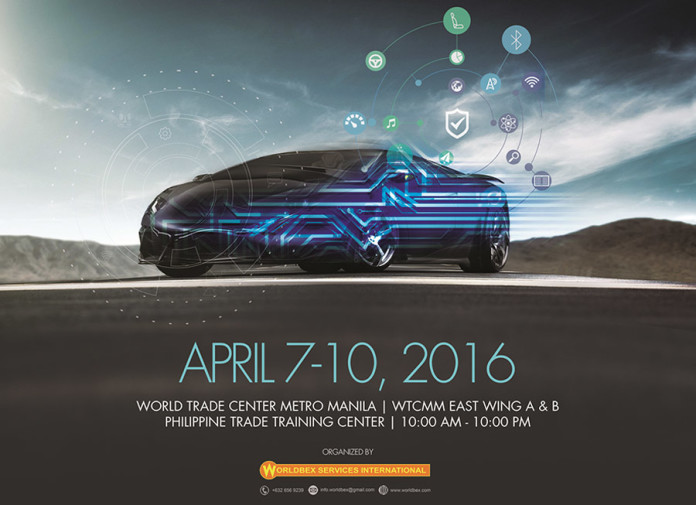 It’s hard to believe that the Manila International Auto Show (MIAS) is turning 12 this year. Yet, it still boasts to be the biggest automotive trade show in the country today. And here are some the things that will make it even bigger when it returns to the World Trade Center (WTC) on April 7 to 10, 2016.

Presented by Worldbex Services International, this year’s edition of MIAS will see a total of 19 brands display their latest vehicle line-up at the main hall. Although most, if not all are keeping things under wraps until the show itself, we have the official list of who’s launching what..

Most definitely, Chevrolet will preview the all-new Sail which is 4-door subcompact sedan slotted right below the Sonic. We’ve already seen a test mule driving around Manila, so expect it to hit showrooms very soon. Ford already sent a media invite for a “press conference” and unfortunately, it’s not for the 2016 model EcoSport. Although technically launched late last year, do expect to see the Foton Toplander SUV and Hyundai Elantra make their grand debut at MIAS. Also on the list will be Hyundai’s trucks and commercial vehicles.

Jaguar’s all-new XE should make an appearance, while Kia will bring with them the all-new Sportage. We were hoping that the facelifted Mirage would make a surprise appearance, but Mitsubishi‘s main attraction will only be the all-new Montero Sport. Then there’s Peugeot who’ll flaunt their new 308 GTi.

SsangYong, under its new distributor Ssangyong Berjaya Motor Philippines Inc. (SBMP), will also be in attendance. Expect to see their full line-up that includes the Korando, Rodius, and Tivoli at MIAS. As always, Motor Image Pilipinas will have something new – the updated Subaru Forester and a “concept car” we assume to be the Viviz SUV.

Other brands that will be at MIAS are Chrysler, Dodge, Jeep, Great Wall, JAC Motors, Jinbei, Lexus, Mercedes-Benz, and Tata.

Now part of the annual tradition, precision driver Russ Swift will be back for his stunt show with Subaru. Likewise, the Custom and Classic Car Competition is once again putting on a display at the Philippine Trade Training Center. The aftermarket, accessories, and equipment retailers will be over at the indoor tents, while an off-road track will be built at the front lawn area for 4×4 test drives.