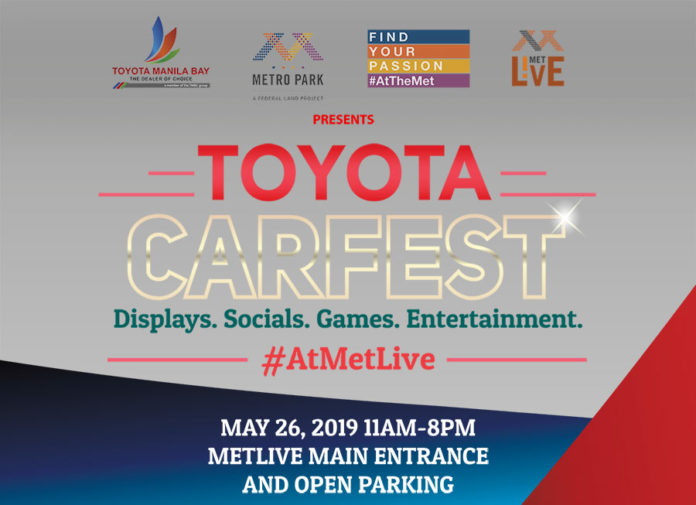 There’s going to be an epic car meet happening on the 26th of May 2019. 17 of the biggest Toyota clubs and groups in the Philippines are coming together for an all-Toyota car show.

It will have a car show, fun games, entertainment, kiosks for club sponsors and vendors, and even a play area for kids.

Everyone is invited, whether you own a Toyota or not, and admission is absolutely FREE. Program starts at 2:00PM and see you at Met Live Mall located at the corner of Macapagal Ave. and EDSA in the Metro Park Bay Area, Pasay City. 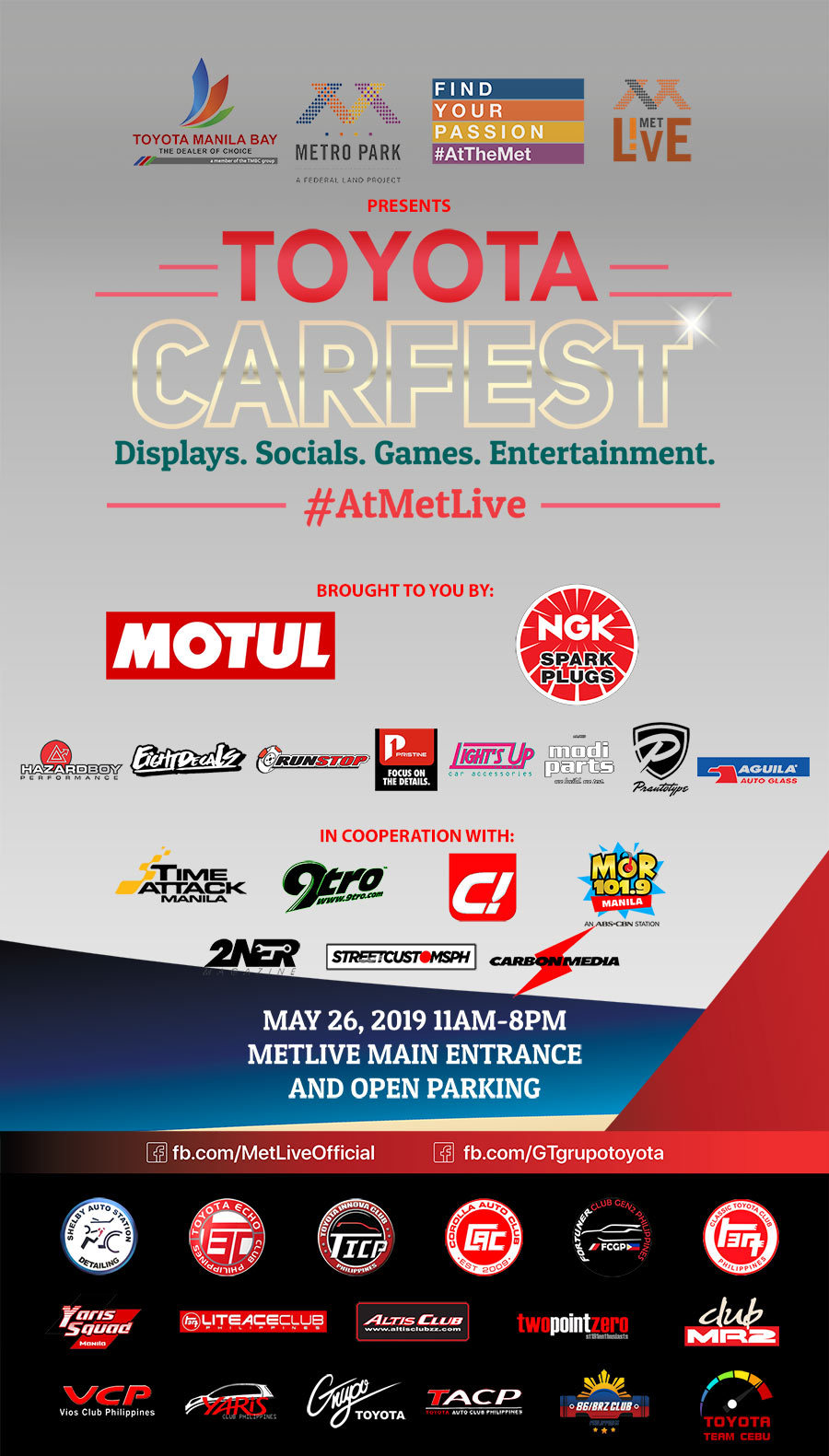