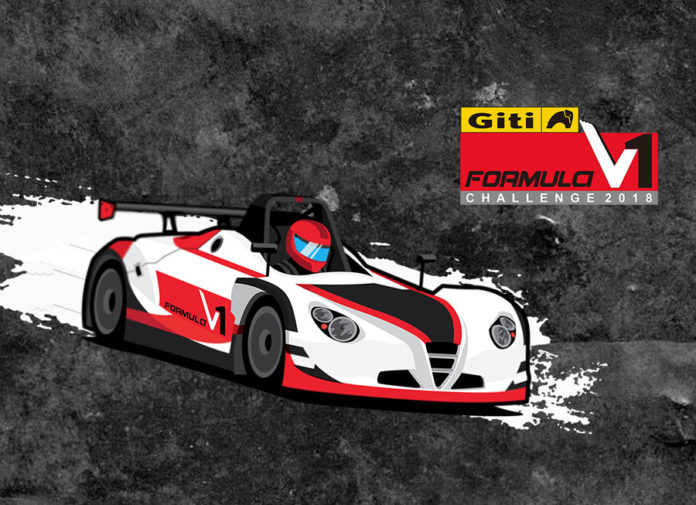 On its 20th year, Tuason Racing School (TRS) is adding a next step to the Philippine motorsports ladder with the Giti – Formula V1 Challenge. The new open cockpit, single seater series is all set for its inaugural season in 2018. But before the championship begins in May, Formula V1 will make its public debut at the Manila International Auto Show (MIAS) this April.

Several race cars will be on display at the much awaited auto show. There will also be driver meet and greets and a chance to get a limited-edition Formula V1 merchandise.

Built by West Race Cars Japan and assembled in the Philippines, the Formula V1 kit race car sits on a tubular steel frame chassis covered by a composite body and weighs about 530 kg. It is equipped with a 1.5 liter 4-cylinder Toyota 1NZ engine pushing out 110 hp, a 5 speed manual gearbox, and reach a top speed of 200 km/h.

There are four events lined up in the 2018 Giti – Formula V1 Challenge’s calendar with a mix of sprint and endurance races. Sprint events in May, August, and October will have two 12-lap races each, while the season finale in November will be a four hour endurance. Venues will then move between the Batangas Racing Circuit (BRC) and Clark International Speedway (CIS).

“We are looking forward to an action packed season with both local and foreign experienced drivers on the grid. Having Tyson Sy, Luis Gono, and Stefan Ramirez creates a great rivalry and they will be joined by a Japanese and Indonesian driver this year,” said TRS president JP Tuason.

When the season comes to a close, TRS will send the 2018 champion to Japan to compete against the best V1 racers a the Fuji Speedway in November.

TRS is inviting everyone to visit their display located by the main entrance of the World Trade Center in Pasay City. The Manila International Auto Show (MIAS) will take place from April 5 to 8, 2018 and open from 10:00 am until 8:00 pm.