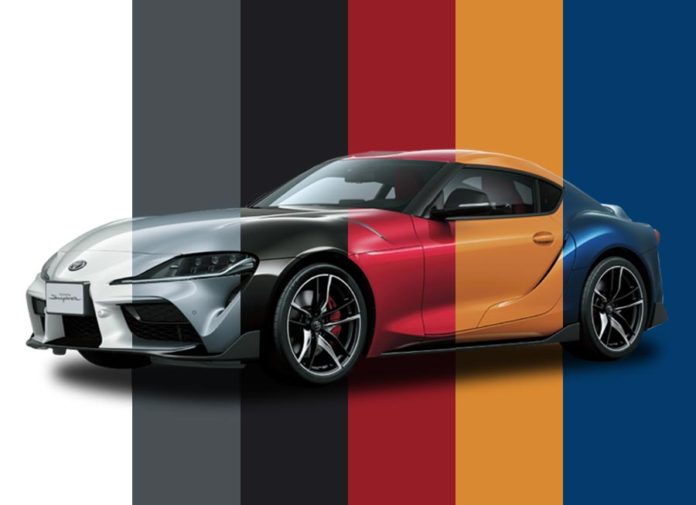 Given the near-infinite number of color options now available with newer cars, you’d think that people’s choices would be more diverse. But you’d be wrong. Instead of going for more unique shades, would you believe that the most popular color in the Asia Pacific region back in 2019 was… WHITE?

This data is based from the most recent report of BASF Coatings, who happens to be one of the world’s leading manufacturer of automotive lacquers. So you could say that they know a thing or two when it comes to paint. 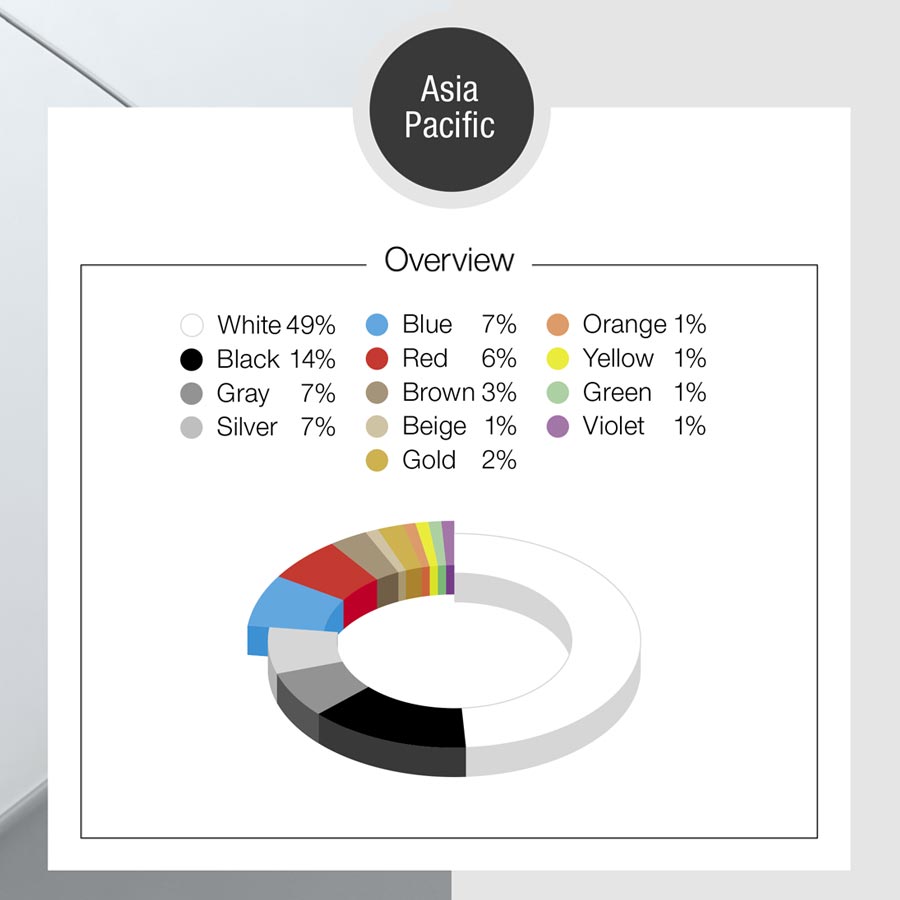 What’s really mind-blowing was how a whopping 49% (or nearly half) of all new vehicles sold in the region last year was of this hue. ‘Pearl White’ was exceptionally popular as pointed out by BASF Coatings, which we could only guess accounts for all the Alphard and Camry units sold by Toyota. And it only gets worse.

The other 28% consists of other mono-tone and very corporate shades such as Black, Gray, and Silver. That means the more cheerful colors of Blue, Red, Orange, and Yellow ‘only’ make up for 23% of the pie. 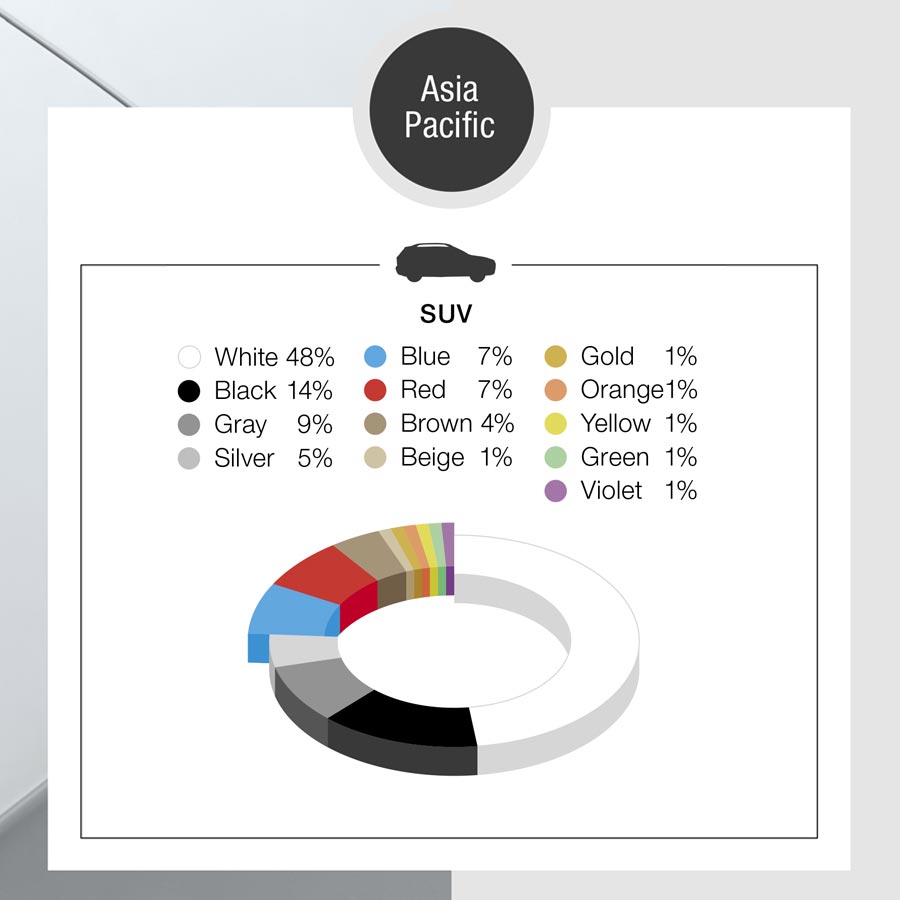 It’s a similar story when it comes to SUVs. Did you know that 48% rolled out of showrooms painted in White? This truly makes them look like refrigerator on wheels. However, the report did mention that smaller vehicles tend to be more colorful, but didn’t exactly say by how much. 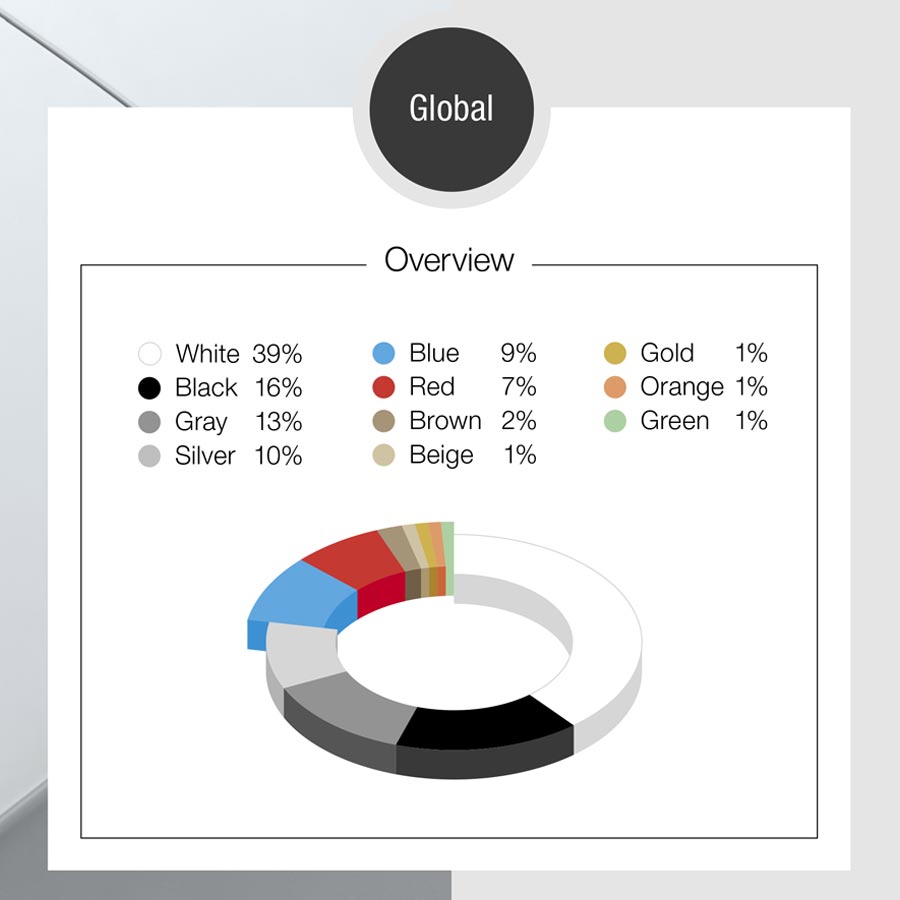 On the other hand, us in the Asia Pacific region are not the only ones with an obsession for monochromatic cars and SUVs. Although not as much, people in North and South America, Europe, Africa, and the Middle East also have similar tastes with 39% of all vehicles sold around the globe were in White.