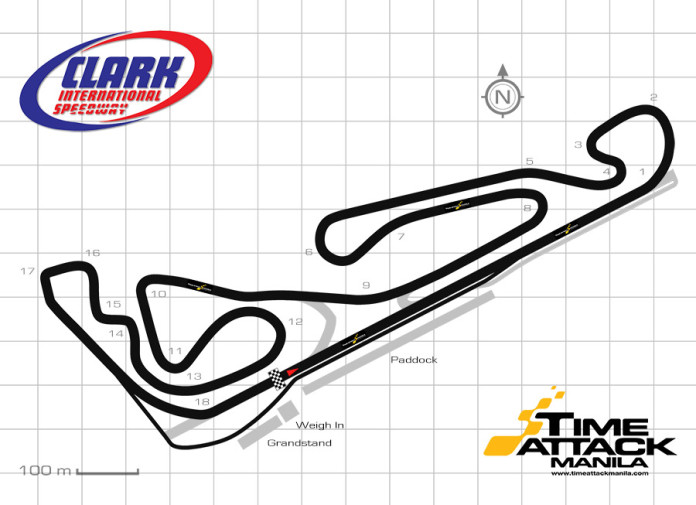 Clark International Speedway (CIS) is a 4.189 km permanent race track located in the Clark Freeport Zone, Pampanga, Philippines and approximately 102 km away from Manila. The full course has 18 turns, runs in a counter-clockwise direction, and has a Grade 4 license from the FIA.

The circuit can also be split into 2 separate short courses. The West Course is 1.960 km long and has 12 turns while the East Course is 1.900 km long with 8 turns. Additionally, the CIS’ main straight can be run as a 970 meter drag strip.

Construction began in early 2007. It opened to the public in November 2008 with only the drag strip completed. The West Course was then finished by 2009 followed by the East Course. Gradually, the pit lane, paddock, grandstand were built over time.

In October 2016, the Formula 4 South East Asia Championship held its 2nd Round of the 2015/2016 season on the circuit making it CIS’ first event to be certified by the FIA.